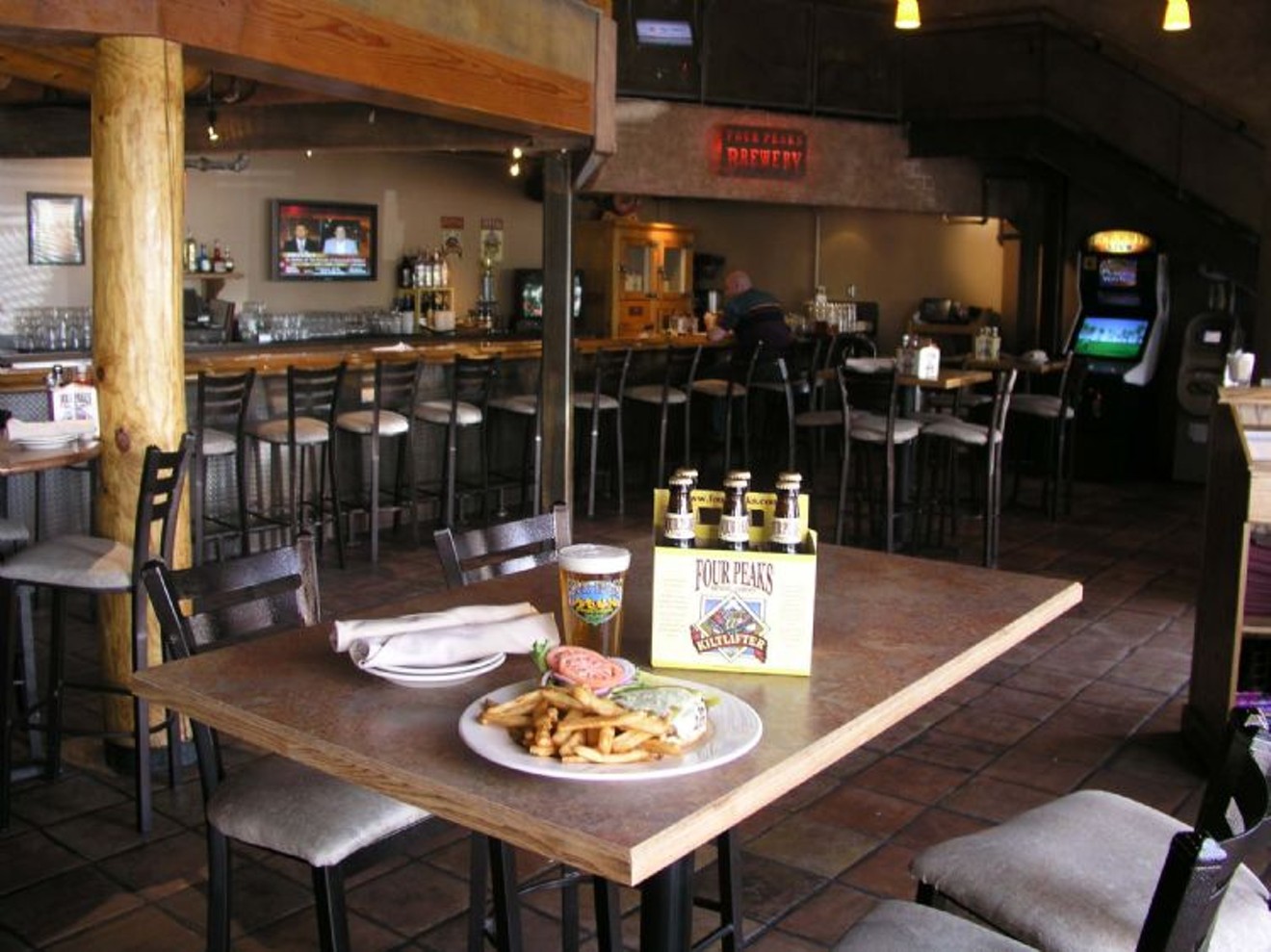 New Times Archives
As of today, Four Peaks Brewing Co. has permanently closed its Four Peaks Grill & Tap location in Scottsdale after 15 years. Found just west of the Loop 101 and Frank Lloyd Wright Boulevard, the location served beer and food, but brewing was not done on-site.

Although the Scottsdale pub has been closed since March 30 because of the COVID-19 shutdown, it says it is closing permanently due to other factors.

“As times and trends change, our business needs to evolve and grow alongside it, and for that reason, we’ve decided to close the doors to our Scottsdale pub,” reads a statement sent by Zach Fowle, communications manager for Four Peaks Brewing Co. “We’re so grateful to the Scottsdale community that has grown with us and supported us for 15 years.”

Four Peaks' flagship brewery, the one set inside the 1892-built former home of The Pacific Creamery, is still open.
Tempe History Museum
Fowle says the Scottsdale pub’s lease was set to end later this year. “Changing trends in the area led us to simply end the lease early,” he says in an email.

But despair not, Four Peaks fans. The original Eighth Street Brewery — the one set inside the 1892-built structure once home to The Pacific Creamery and F.A. Hough Ice Factory near Arizona State University — is still open. The flagship pub is currently offering takeaway beer, food, and even groceries. And the Wilson Party Palace is only temporarily closed, as is the Four Peaks Sky Harbor pub.

And there are some new projects and collaborations brewing. 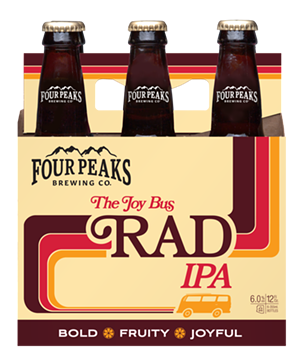 Future collaborations are still on deck, including this one with The Joy Bus.
Four Peaks Brewing Co.
“We've partnered with The Joy Bus, a Phoenix nonprofit that provides quality meals and companionship to people going through cancer treatment, to brew a beer called Rad IPA,” Fowle says. “The name was chosen because Joy Bus founder Jennifer Caraway says ‘Rad!’ all the time and the beer was brewed with Rakau, Azacca, and Dr. Rudi hops.”

The new brew will be available in bottles at beer shops and grocery stores, and a portion of the proceeds will go toward The Joy Bus.

Also according to Fowle, when things normalize, the Four Peaks team plans to revisit future projects like renovating the interior of the Eighth Street location to “make it a little more conducive for food service as well as events.” They'll also continue scouting for an additional Four Peaks pub in the Valley.

Four Peaks Brewing Co. was founded in 1996. Anheuser-Busch InBev has owned it since 2015.
KEEP PHOENIX NEW TIMES FREE... Since we started Phoenix New Times, it has been defined as the free, independent voice of Phoenix, and we'd like to keep it that way. With local media under siege, it's more important than ever for us to rally support behind funding our local journalism. You can help by participating in our "I Support" program, allowing us to keep offering readers access to our incisive coverage of local news, food and culture with no paywalls.
Make a one-time donation today for as little as $1.