House of Tricks in Tempe was right off Mill Avenue. Jacob Tyler Dunn
Metro Phoenix is jam-packed with restaurants and bars. Every strip mall and shopping center offers a range of exciting options for lunch, dinner, or a snack.

But with that sheer amount of spots, each month, some have to go. This month, a couple of longstanding restaurants served their last regulars, a brand new Italian joint called it quits and a few spaces underwent an evolution of sorts.

These nine restaurants and bars in Phoenix, Gilbert, Scottsdale, and Tempe are now permanently closed.

House of Tricks
Long-standing Tempe date-night destination House of Tricks has finally closed. The restaurant's owners announced their impending retirement in December 2021, and now seven months later, the Tempe institution has served its last customer. The restaurant was open for more than thirty years. "As we’ve grown, we realized that instead of adding a new concept and saturating the restaurant group, we wanted to evolve Twisted Grove into the approachable chophouse this neighborhood deserves," Collins said in a press release.

The restaurant underwent a brief transformation and reopens as Collins Bros. Chophouse on July 8. The Golden Margarita was named after its signature cocktail.
Elias Weiss
The Golden Margarita
Following a months-long drama over its liquor license, the Golden Margarita in downtown Phoenix has closed. The restaurant and bar was a popular nightlife destination, serving Mexican food during the day and changing over to cocktails and live DJs at night.

S. Maranto's
In the North Scottsdale area, a small market opened with counter service, fresh-made pasta, and Italian goods. S. Maranto's opened six months ago before shutting the doors. At the counter, customer could order a selection of pasta dishes, salads, and sandwiches. A bar served wine, cocktails, and house-made limoncello. Owners posted the closing announcement to social media.

"Our team gave tremendous effort and passion over the past six months to serve our community with pride and scratch food," the post read. "Unfortunately, our concept was never able to catch fire."

The Refuge Cafe
Located in Phoenix's Melrose District, The Refuge Cafe served a purpose. The small coffee shop raised proceeds for the Catholic Charities Community Services organization. Now, as affordable housing units are set to take over the plot, the cafe stuck true to its mission of helping those in need, and agreed to close. 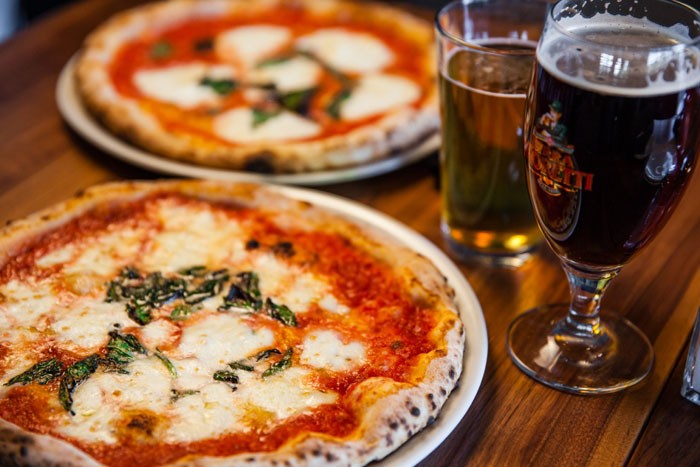 Pomo Pizzeria in Gilbert has closed.
Courtesy of Pomo
Pomo Pizza Gilbert
Located in historic downtown Gilbert, Pomo Pizzeria has closed. The local chain maintains other restaurants in Phoenix and Scottsdale. The Italian restaurant served pizzas along with salads, sandwiches, and pasta.

Bill's Market
Bill's Market went out with a bang. This Tempe market, which was open for six decades, posted the news of its impending last days on social media, inspiring a storm of customers to line up for chorizo. The famous chorizo was in such demand, the market limited customers to five pounds each. Over the market's last weekend, customers lined up at the little store on Apache Blvd. to get their final fix.

Rhythm & Wine
Far North Scottsdale spot Rhythm & Wine has closed to undergo a transformation. The wine bar and restaurant has closed, but it is set to reopen as a takeout-only spot called Jalapeno Inferno Ghost Kitchen & Cantina. The restaurant will continue to have a full-service bar that will also sell beer, wine, and cocktails to-go to pair with takeout food.
KEEP PHOENIX NEW TIMES FREE... Since we started Phoenix New Times, it has been defined as the free, independent voice of Phoenix, and we'd like to keep it that way. With local media under siege, it's more important than ever for us to rally support behind funding our local journalism. You can help by participating in our "I Support" program, allowing us to keep offering readers access to our incisive coverage of local news, food and culture with no paywalls.
Make a one-time donation today for as little as $1.