6 Alternative Comics Publishers You Need to Know — And Read 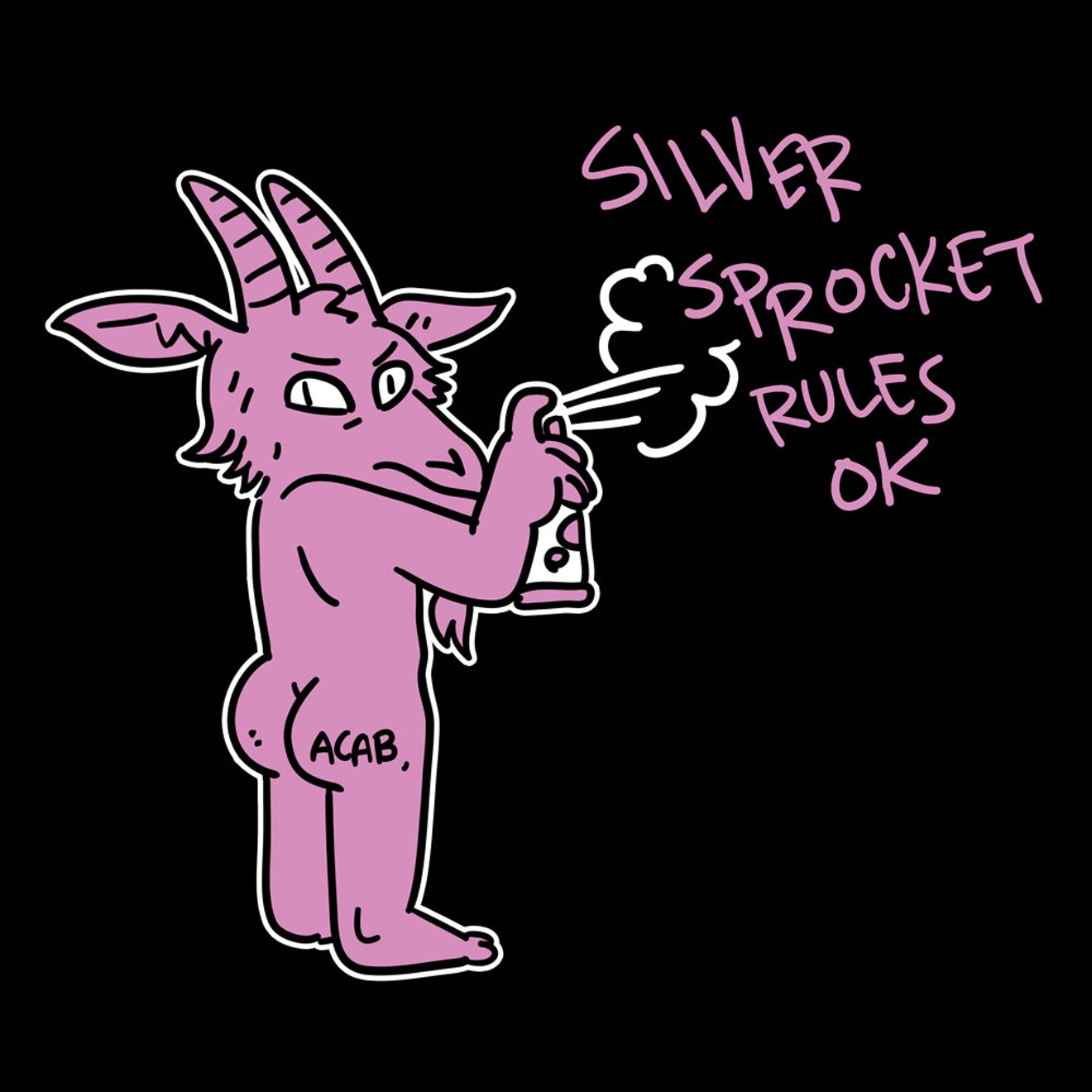 Goat graffiti don't lie. Art by Liz Suburbia/Courtesy of Silver Sprocket
Alternative comics tend to be overlooked in the grand scheme of comic collecting, despite making up a bulk of the quality. Sure, you can find them in the aisles of your average Barnes and Noble, but they are usually only prominently featured in boutique-type comic shops (hello, Ash Ave. Comics).

And while some of them find mainstream success or a spot on a New York Times best-seller list, the average comic consumer might not know as much about the alternative comics as they do about the Teen Titans or X-Men. That’s why we’ve assembled a list to help you find some of the best stuff out there. So now when someone asks you if you're a Marvel, Image, or DC Comics kind of person, you can look at them through your monocle and guffaw at them mockingly. The longest-running indie comic, Love and Rockets collects the separate works of Gilbert and Jaime Hernandez.
Art by Jaime Hernandez/Courtesy of Fantagraphics
Fantagraphics
Let’s start by acknowledging one of the longest-running independent publishers in the country and the amazing work they’ve churned out in their 40-year history. Fantagraphics is the home of long-running independent series Love & Rockets by los bros Hernandez, and many other acclaimed series from newer artists such as Julia Gfrörer, Noah Van Sciver, Benjamin Marra, and many more.

The Seattle-based publisher doesn’t have a main genre or specialty, per se, aside from allowing amazing cartoonists tell a complete story exactly as intended. Despite various ups-and-downs in its lifespan, the publisher has remained committed to high-quality comics and has cemented itself as one of the premier publishers for comics without caped crusades. Fantagraphics made a deal with Disney in 2011 to bring classic Mickey Mouse and Donald Duck & Uncle Scrooge comics back to print with oversize, high-quality collections.

But when co-owner and publisher Kim Thompson departed the company and subsequently passed in 2013, many in the industry wondered how long the company could survive without him. After all, Thompson himself kept the company going through hard times with his own funds, and without him at the masthead, the future seemed grim. But those fears were assuaged when fans responded to a Kickstarter campaign, pledging more than $200,000 to keep the company afloat.

The response from readers is indicative of the loyalty they have to the publisher and a testament to the quality of their product. Comics aren’t a lucrative business, nor are they cheap to produce and distribute. But Fantagraphics’ lifespan is a testament to the demand for great stories in the medium. Space Battle Lunchtime was probably the best monthly comic published in 2016.
Art by Natalie Riess/Courtesy of Oni Press
Oni Press
Portland-based publisher Oni Press has adapted and changed throughout the years, continuing to have an impact in the direct market and local comic shops across the country. Recently they’ve begun dipping their toes into licensed comics. But unlike banking on the nostalgic fans of Transformers or GI Joe, they turned to new properties people are demanding more of, like Rick and Morty and Invader Zim.

But those are minor aspects of their output, which also consists of political/sci-fi series Letter 44, gender- and genre-twisting noir series Angel City, and manga-esque cooking competition Space Battle Lunchtime.

Acclaimed cartoonist Zander Cannon has topped many best-of lists for two years in a row with Kaijumax, a vibrant and colorful mashup of Godzilla and The Wire. His eye-popping, Saturday morning cartoon-inspired visuals blend with nuanced, slightly depressing storytelling to make one of the most fascinating monthly comics found on the shelf.

Oni Press remains committed to comic shops, providing them with the kinds of stories readers will not find from Marvel, DC, or even Image. Basketball against a mummy, volleyball against water guardians. And the third issue of Fantasy Sports promises readers a round of golf.
Art by Sam Bosma/Courtesy of Nobrow Press
Nobrow
Nobrow Press — and its children’s book imprint Flying Eye Books — has been making waves in recent years. You can find their kids stories featured prominently in places like Changing Hands Bookstores. Headquartered in London, Nobrow's comics and graphic novels might be a little harder to find at your average Valley comics shop and, quite frankly, that’s a goddamn shame.

Fantasy Sports won the award for good reason: It’s a fun, all-ages storyline that centers on mages who raid temples for magical artifacts deemed to powerful to be left alone. Wiz and Muggs investigate a mummy’s tomb in the first issue and attempt to steal its treasure, only to be forced to play the mummy in a game of basketball. First to 21, winner take all.

With other titles like Mean Girls Club, SP4RX, and the Hilda series, Nobrow provides a unique offering for sequential storytelling to people of all ages.

Read on for more alternative comics publishers you need to read.

next
KEEP PHOENIX NEW TIMES FREE... Since we started Phoenix New Times, it has been defined as the free, independent voice of Phoenix, and we'd like to keep it that way. With local media under siege, it's more important than ever for us to rally support behind funding our local journalism. You can help by participating in our "I Support" program, allowing us to keep offering readers access to our incisive coverage of local news, food and culture with no paywalls.
Make a one-time donation today for as little as $1.
Joseph Schmidt
Contact: Joseph Schmidt