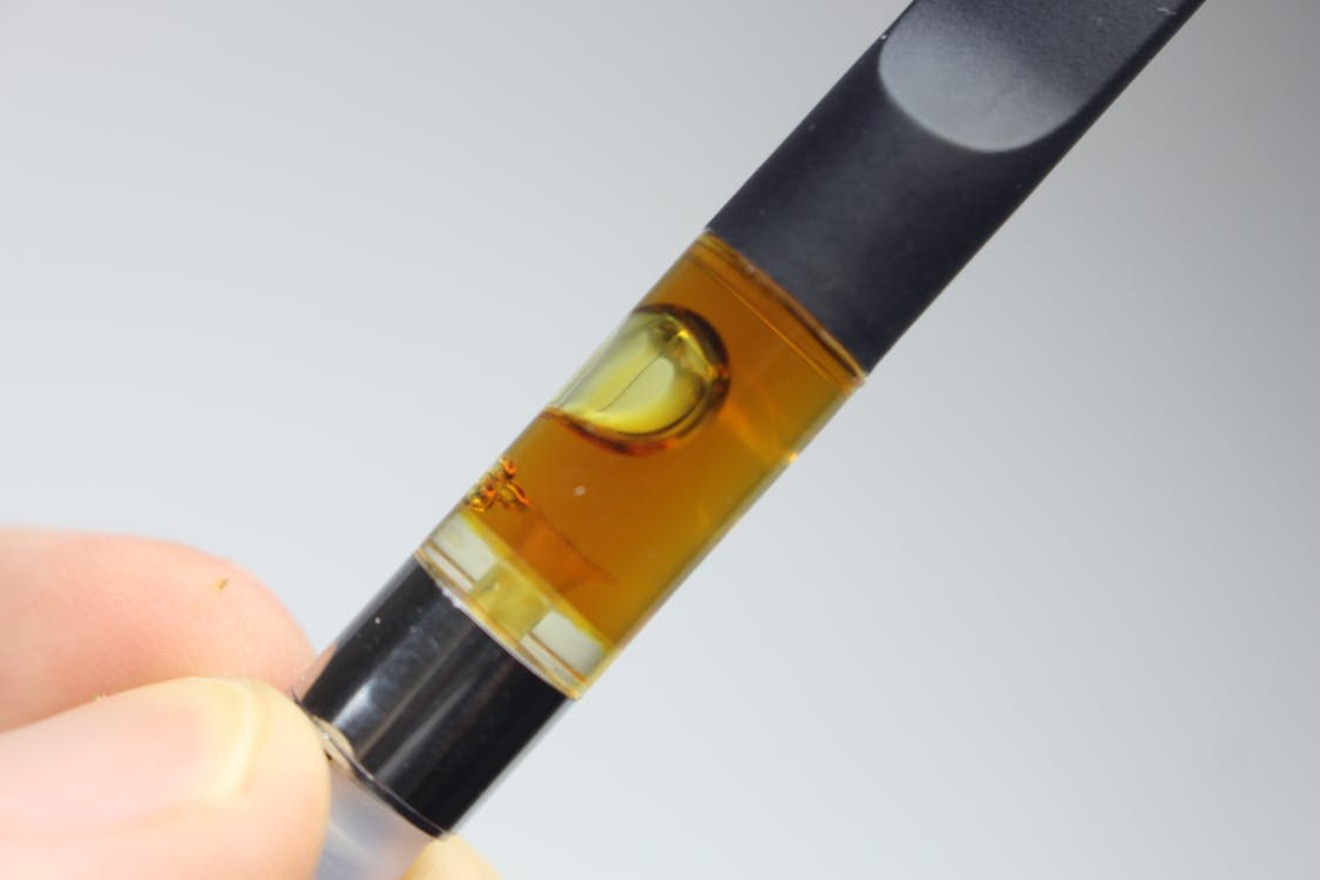 The June 26 ruling — coming just before the 7/10 celebration of extracts by cannabis aficionados — caused an uproar among patients, activists, and business operators.

Dispensary associations and operators say they'll wait for a final ruling on the matter by the Arizona Supreme Court.  Until then, they will continue to sell the products targeted by appeals court decision.

The position is something of a gamble because the appeals court ruling technically applies statewide. Potentially, patients and dispensaries now face criminal prosecution over extracts, which are made into popular products found at dispensaries like vape pen oil, infused edibles, and shatter.

The state Department of Health Services, which oversees the medical marijuana program, indicated in a statement on Friday that officials are still trying to decide what to do.

The opinion didn't instruct the DHS to change its rules, officials noted. "However, criminal law does take precedence over department rules," the statement says. "The department is reviewing this case with its legal counsel to determine whether any rule changes are necessary."

Kevin DeMenna, a lobbyist for the Arizona Dispensary Association, called the ruling "alarming but not conclusive."

"It is our understanding that nothing dramatic or draconian will occur," he said. "It's a bad development in an otherwise positive environment."

"This seems a little bit out of step," he said of the appellate ruling.

As examples of positive signs, DeMenna said that the Food and Drug Administration's recent approval of Epidiolex, a cannabis-based anti-seizure medication, helps make cannabis more mainstream, and noted that President Donald Trump has said he supports a pro-cannabis bill that lets states decide whether or not to legalize.

DeMenna and the association's leaders sat down with Governor Doug Ducey in April to discuss potential changes to the medical marijuana program.

As Phoenix New Times has outlined in previous stories, the problem for the pro-cannabis side is that state law written before1960 defines the resin extracted from marijuana as "cannabis," a "narcotic" drug distinct from marijuana. To science, it's all "cannabis," since that's simply the name of the plant.

The voter-approved 2010 law, however, didn't address resin separately, like the old law does. It defines marijuana as the flower (or bud) and "any mixture or preparation thereof."

The ruling upholds the prosecution in Yavapai County of a state-authorized patient, Rodney Jones, who was caught in 2014 with about 1.5 grams of hashish, which is made from extracted cannabis resin. Jones served more than two years behind bars. 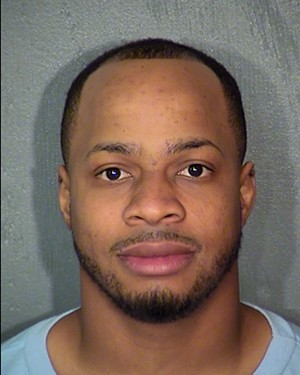 Rodney Jones, a medical marijuana patient from Chino Valley, served prison time in 2017 for possessing hashish — something for sale in dispensaries across the state.
Arizona Department of Corrections
The two of three appeals court judges ruled that "any mixture or preparation" isn't broad enough to include extracted resin. That  meant Jones wasn't protected from prosecution by his status as a patient.

Besides the  dissenting judge in the Jones case, two county judges have previously ruled that the medical marijuana law does include extracts. Advocates are hoping the state's high court sees it that way, too.

Jones' Prescott lawyer, Craig Williams, likely will file an appeal of the ruling, although that's unknown at this point. Williams didn't return a message.

The Arizona chapter of the American Civil Liberties Union and Arizona Attorneys for Civil Justice are preparing legal action, said Jared Keenan, a lawyer with the local ACLU. A petition for review of the appeals court decision will probably be filed soon, he said.

"I don't know what dispensaries are going to do between now and then," Keenan said.

The ACLU has experience with the issue: It helped win a case against Maricopa County Attorney Bill Montgomery on behalf of an epileptic boy whose used cannabis oil with a medical marijuana card his parents had obtained from the state.

As of Sunday, most dispensaries had done nothing about the ruling. That is, they continued to sell products as normal. Some companies put out statements in defiance of the appeals court ruling. Harvest of Arizona, which operates several dispensaries and three cultivation facilities, posted on its website that the two judges of the majority opinion demonstrated their "bias against high-potency medicines."

"Harvest disagrees with this ruling, as most have interpreted it, and will continue to carry, manufacture and sell the concentrated medicines that our qualified patients demand," the company's statement says.

Emerald Dispensary, which has locations in Phoenix and Gilbert, states on its website that although the ruling "comes with an impact, is it not an ADHS ruling or mandate. Therefore, at this time, Emerald Dispensary will continue to offer and sell cannabis concentrates to our medical patients as usual."

K.I.N.D. Concentrates, a state-licensed manufacturer of THC concentrates for vape cartridges, shatter, and other uses, mentions in its own statement that the state DHS, in its handbook for dispensaries, refers specifically to concentrates, defining non-edibles as "any non-edible items, such as concentrates, sold that contain medical marijuana."

K.I.N.D. maintains that it doesn't sell "hashish" — it only sells "medical marijuana and mixtures or preparations thereof," under state DHS regulation.

The company states that Jones admitted he received his hashish for free from a dispensary employee, meaning that the new ruling "does not address a transaction between a state-licensed dispensary and a patient."

Other dispensaries may decide differently. One Phoenix-area dispensary worker who didn't want to give her name said the managers are concerned about the ruling and were considering whether they should keep selling extracts or not, but had not yet reached a decision.

Laura Bianchi, an attorney who runs Rose Law Group's medical marijuana practice, said she spent part of last week "quashing the hysteria" — that is, fielding urgent calls from people in the industry who had questions about the ruling.

"People are concerned about what this means for their dispensary operation," she said.

Her advice: "There's no need to pull these products off the shelf."

Bianchi believes the legal position for concentrates is "very strong."

Keenan agreed, saying it was plain "shocking" that the court could rule this way. The judges ignored the fact that some extracts sold at dispensaries are high in cannabidiol (CBD) and far less potent, in terms of THC quantity, than most marijuana flower, he said.

Judge Jon Thompson, who authored the majority opinion, "doesn't take the protections of the law seriously," he added.

Keenan asked that anyone who feels affected by the ruling to contact the local ACLU.

Exactly how many cannabis extracts Arizona patients consume isn't known for sure, but products with extracts are among the best sellers at many dispensaries. Mikel Weisser, executive director of Arizona's National Organization for the Reform of Marijuana Laws chapter, estimated concentrates made up about 40 percent of dispensary sales.

The most recent data from the state shows that about 45,500 pounds of medical marijuana was sold in state dispensaries from January to May. Of that, more than 8 percent was made up of edibles or "other," which presumably includes mostly extract products. But extracts also usually cost more than flower.

The ruling came two weeks before the day of the year that cannabis patients and advocates focus on concentrates, July 10. Boosted by the rise in products and commercial activity surrounding cannabis, July 10 has become another "420" holiday for cannabis advocates, with parties and dispensary deals. (Turn 710 upside down, you get "oil.")

In Arizona, 7/10 this year will include lots of discussion about court cases and legal strategy.
KEEP PHOENIX NEW TIMES FREE... Since we started Phoenix New Times, it has been defined as the free, independent voice of Phoenix, and we'd like to keep it that way. With local media under siege, it's more important than ever for us to rally support behind funding our local journalism. You can help by participating in our "I Support" program, allowing us to keep offering readers access to our incisive coverage of local news, food and culture with no paywalls.
Make a one-time donation today for as little as $1.