Representative Kelly Townsend Wants to Know What a Furry Is Screenshot/Twitter
State representative Kelly Townsend, a Republican from Mesa with a habit of making inflammatory comments, is getting a real education after she asked what a furry was in a Twitter post on Friday morning.

A furry, for the uninitiated, is a member of an internet-fueled subculture centered around an obsession with anthropomorphic animal characters. Some furries take part in what's known as "yiffing" — having sex while dressed in a fursuit — but others have a totally PG, nonsexual interest in cartoon animals.

In other words, it's a dangerous thing to ask about in an online forum, especially if you're an extremely conservative state lawmaker. Townsend has now received hundreds of replies to her query, including some truly disturbing GIFs of animated pornography featuring cartoon wolves, which we're not going to link to here.

Why was Townsend curious about furries in the first place, you might wonder? Hilariously, it all comes back to socialism. Townsend, along with other Arizona conservatives, spent much of the past week accusing the leaders of the #RedForEd movement of being socialists who are trying to trick teachers into joining their revolution.

Replying to her on Twitter, a furry who goes by @peppercoyote pointed out (accurately!) that public education is an inherently socialist concept. Another furry calling himself @andreuswolf observed, "Imagine going to all this trouble to get elected to the state legislature of Arizona only to get logically destroyed by a furry."

"please educate me as to what a furry is," Townsend replied. 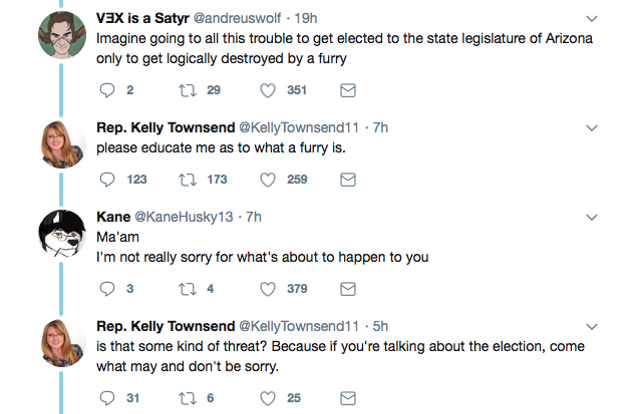 Update, 8:30 P.M.: Because we live in strange times, Kelly Townsend (or someone with access to her Twitter account) is now engaging with furries on Twitter, asking them to design a "fursona" for her. She also inexplicably tweeted a photo of coconut-and-lime scented wax cubes with the caption "You know this is all wrong..."

In case they get deleted, here are the screenshots: 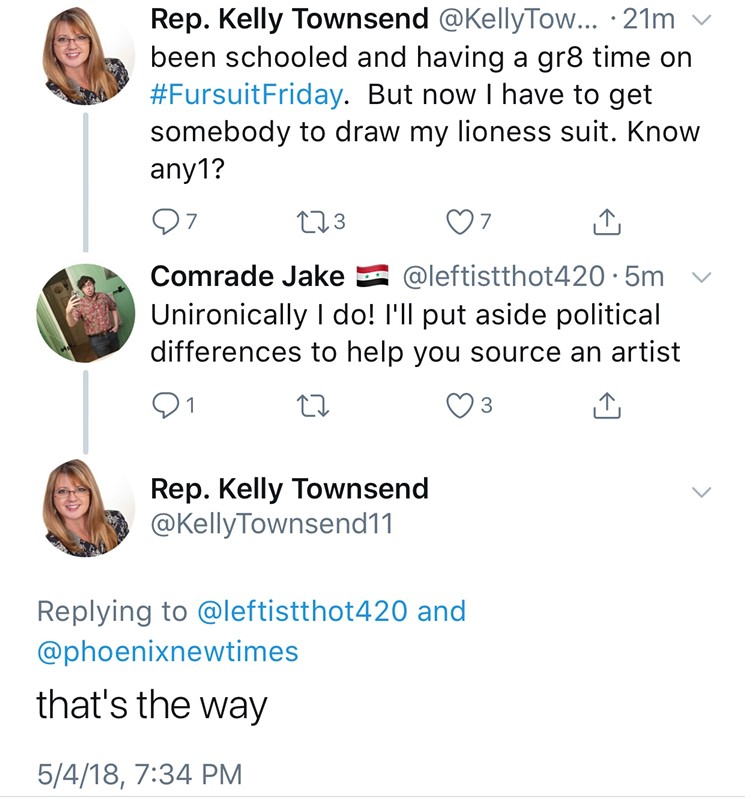 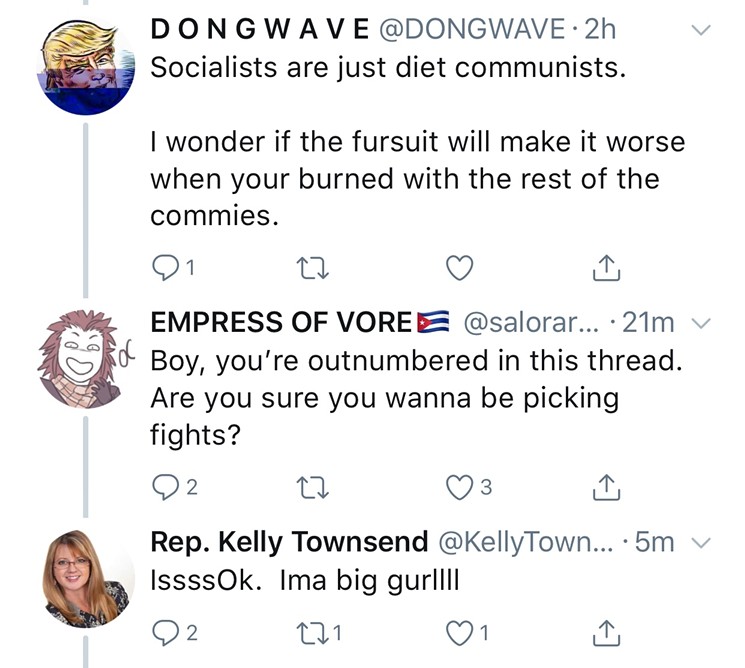 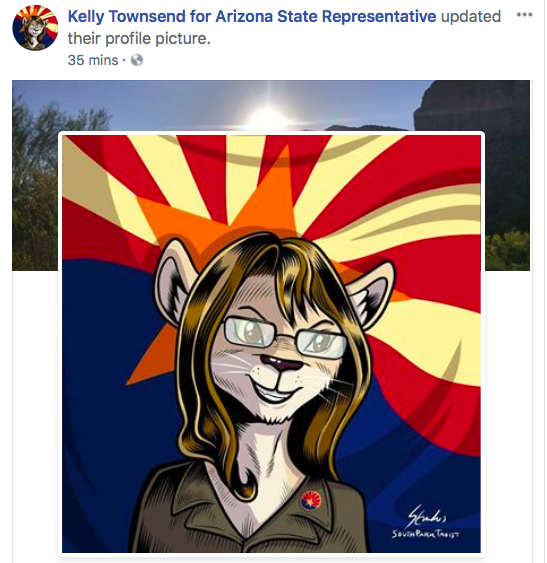