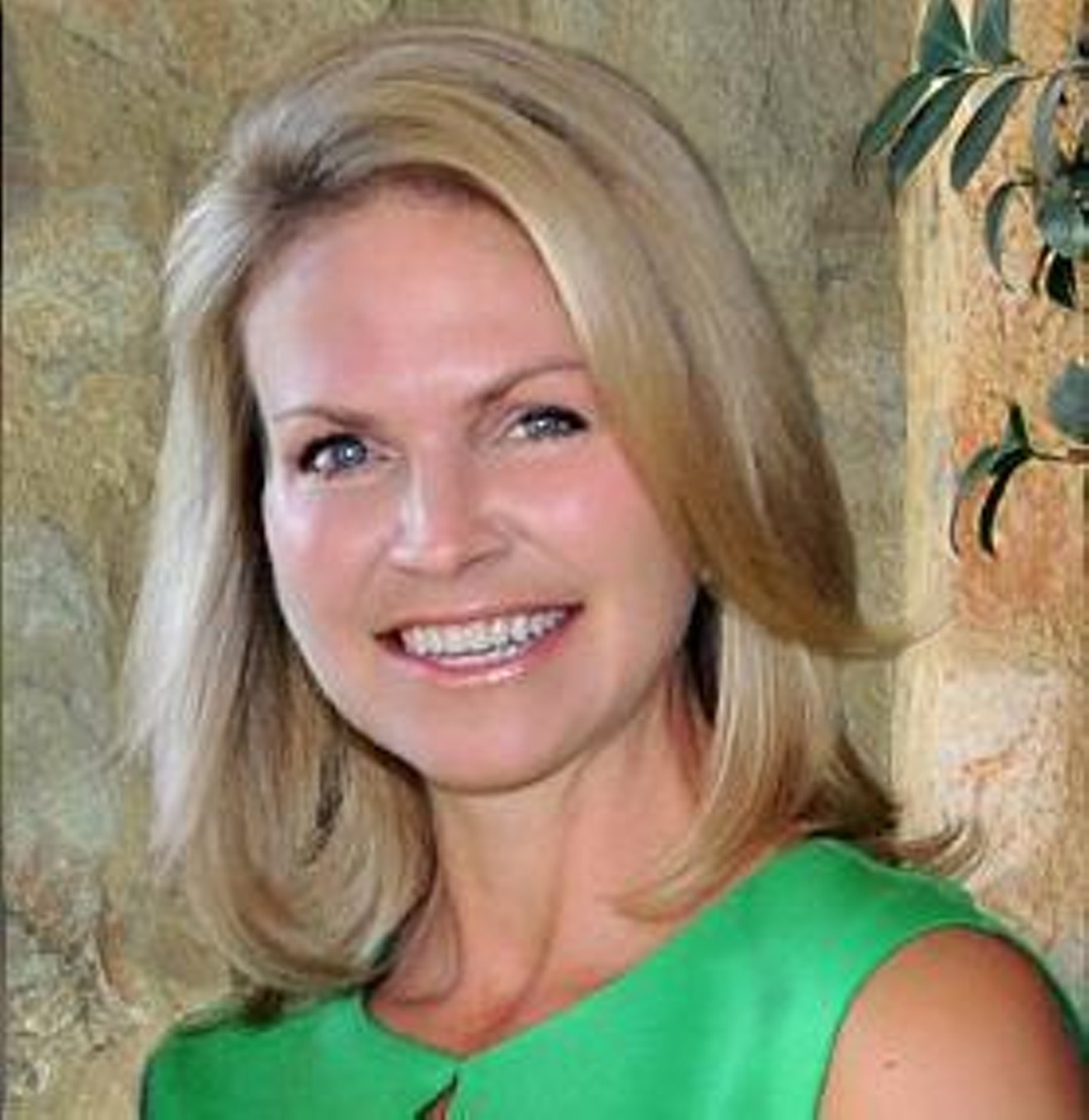 Moak, who stepped down from her post unexpectedly last month after two years on the job, did not have anything to do with the grant, according to a spokesman for the state agency.

Last year, Moak filed an official disclosure and recusal letter with her office, stating that she would delegate her responsibilities in helping to evaluate the grant application of notMYkid, which was founded in 1999 by Moak and her husband, former Congressional candidate Steve Moak.

The state agency was created by former Governor Jan Brewer to provide services and guide policy on social issues from substance abuse to domestic violence. Governor Doug Ducey appointed Debbie Moak, a former schoolteacher and entrepreneur who made a fortune in drug-testing kits, to head the agency in early 2015.

Angela Ducey, Arizona Governor Doug Ducey's wife, serves as Chair of the Governor’s Council on Child Safety and Family Empowerment under the Governor's Office of Youth, Faith and Family. She's also on an auxiliary board of notMYkid, which was awarded a $600,000 grant by the office.
Governor's Office of Youth, Faith and Family
Moak said in a June 27 letter to the governor and her staff that she quitting as of June 30. "I am currently considering my next steps in the substance abuse/health arena while taking time off to enjoy my first grandchild," the letter said.

The governor's office denies that Moak did anything wrong that might have hastened her departure.

Sam Burba, the GOYFF's former spokesman who's now the interim director, denied that Moak did anything untoward with the grant process.

New Times has no specific information that ties Moak to any of the decision-making process.

But the distribution of the sizable grant by a state agency to the former agency head's nonprofit deserves public attention.

The 2016 award was the first state grant received in recent years by the nonprofit firm, records show.

You can read Moak's May 5, 2016, full disclosure letter in PDF format below. Here are some key excerpts:

Moak did not return messages for this article.

NotMYkid's headquarters happens to be at the headquarters of George Johnson, the well-connected developer now under suspicion of bribing an elected official with the help of Jim Norton, a friend of Governor Doug Ducey's.
Ray Stern
Burba, in an emailed response to questions, clarified, "This is the only grant that Debbie recused herself of during her time and is the only grant in which notMYkid is a sub-grantee."

The notMYkid grant was comparable in size to others, he said.

The governor's office had not yet released the other grant amounts of as Tuesday morning.

Burba said the evaluators "acknowledged ... any potential conflict of interests during the process, and these conflicts were evaluated to ensure that no material conflicts of interest exist between the applicant and evaluator."

The Parents Commission is funded by the Arizona Drug Treatment and Education Fund, which also funds the state's drug-court program.

Burba said the applications for the Parents Commission grant received by the GOYFF were evaluated by a team of three or more people, including commissioners and "community members at large."

NotMYkid's grant was approved by a staff member at the Arizona Department of Health Services, Sheila Sjolander, who was designated to the job by Moak.

Burba said the GOYFF and the governor's office continues to prepare records for public release regarding the notMYkid award and others.

GOYFF's office, under Moak, also provided a grant to MATFORCE, the Prescott-based substance abuse group that campaigns against marijuana legalization with the help of its board member, Yavapai County Attorney Sheila Polk.

According to the text of the grant application, Moak can't legally use any of the money awarded to NotMYkid now that she's a free agent again.

The applications states, "The Applicant has not given, offered to give, nor intends to give at any time hereafter any economic opportunity, future employment, gift, loan, gratuity, special discount, trip, favor, or service to a public servant in connection with the submitted offer."

Clearly, any employment of Moak by notMYkid — for any reason — should be scrutinized in the next few years.

Moak's connections to some of the state's most important leaders, as well as a connection to an unfolding scandal, are also worth mentioning:

• Moak was a notMYkid board member as recently as 2013, but neither she nor her husband are listed as board members in 2014 and 2015 tax records, the most recent IRS Form 990s show.

• Maricopa County Attorney Bill Montgomery appears as a board member in the 2015 tax forms.

• Angela Ducey, the governor's wife, is an "auxiliary" board member of notMYkid.

• NotMYkid is housed in the same Scottsdale building as The Johnson Companies, the headquarters of developer and water-utility owner George Johnson.

• Norton is reportedly Doug Ducey's good friend, and the founder of Axiom, the public-relations group behind the campaign that defeated Arizona's marijuana-legalization ballot measure in November, Arizonans for Responsible Drug Policy. Axiom changed its name to Compass Rose after the indictment.

• Moak, while GOYFF director, worked with Axiom closely to defeat the marijuana bill and flirted on the edge of an Arizona law that prohibits state employees from using state time and resources to help a political campaign.

• The former chair of the ARDP, Seth Leibsohn, is the chair of notMYkid.

• Governor Ducey helped raise millions of dollars for the ARDP to defeat the marijuana bill. He or Moak may have had direct involvement in a $500,000 contribution to the ARDP last year by Insys Therapeutics, the Chandler fentanyl maker now under investigation for an alleged illegal scheme to push the killer drug on unsuspecting doctors and patients. Insys, which makes a synthetic drug intended to mimic the effects of marijuana, noted in securities filings that it was worried legalized marijuana might cut into its profits.

• Moak's departure at the GOYFF came in the same month that Ducey declared an opioid emergency, because so many people are dying of overdoses from drugs like fentanyl, a synthetic opioid.

Clarification: After this article was published, GOYFF officials corrected some of the information it had released to New Times on Monday. The second-year installment of $199,893 has been approved, but checks haven't been sent yet. The third year installment has been promised in the overall $600,000, three-year award, and the nonprofit is likely to receive it, but officials said the availability of the funds may yet affect the disbursement. The original article has been updated to reflect the new information. In addition, the GOYFF sent a list of 30 sub-grantees, but on Tuesday said only 23 were awarded grants. More public records detailing the grants and grant process are forthcoming.