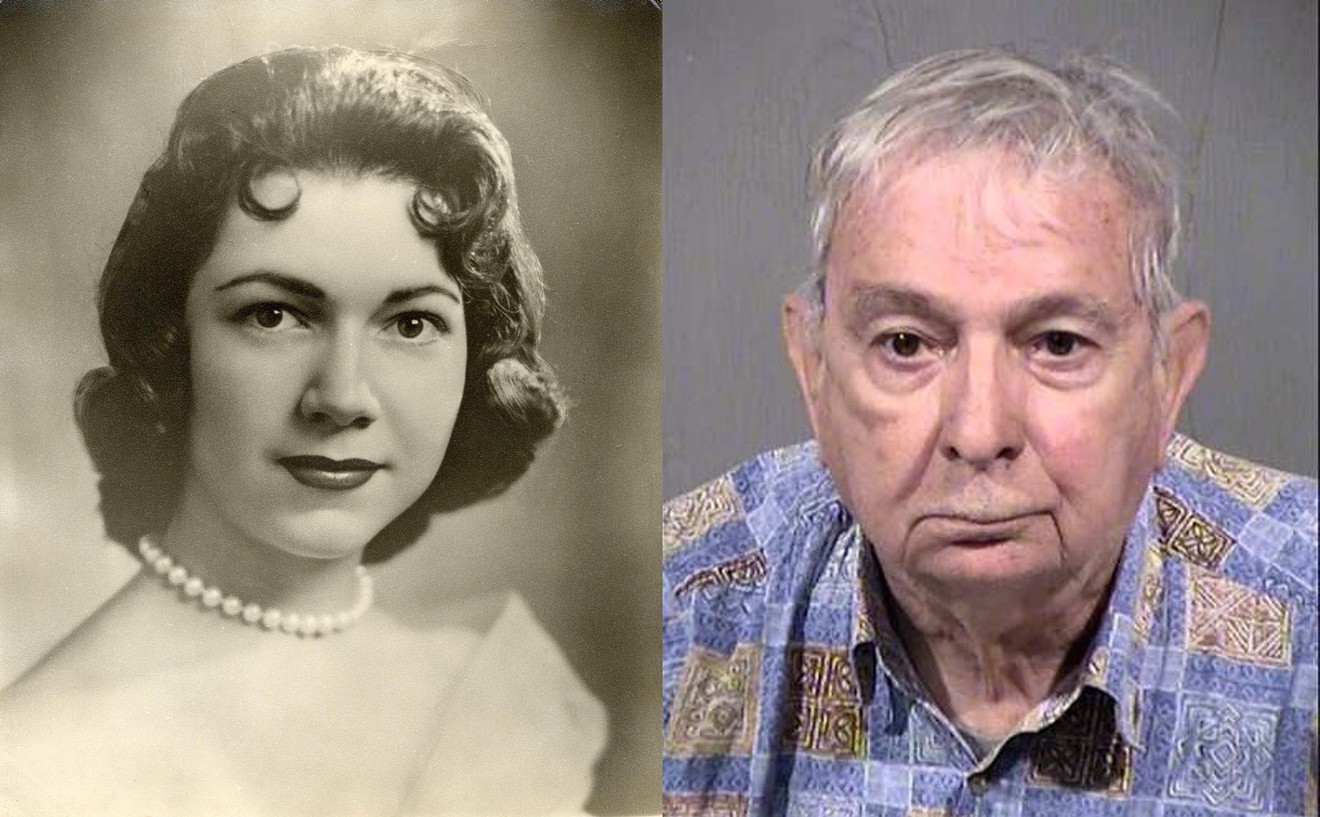 Garza's body was found in a canal in April 1960. Feit was reportedly the last person to see Garza at the Sacred Heart Church in the Rio Grande Valley in Texas. Garza was named Miss All South Texas Sweetheart in 1958.

Ten years later, Feit left the priesthood and moved to the Arcadia neighborhood of Phoenix, where he raised three children with his wife and volunteered with the Society of St. Vincent de Paul.

Feit was arrested in 2016 in Scottsdale after years of suspicion about his possible role in the murder, which was left unsolved for the better part of 50 years.

The old evidence, much of which has been reviewed by New Times, makes a strong case that their quest for justice is warranted.

The new evidence — which includes testimony from two of Feit's closest associates, who say the ex-priest confessed to them that he killed Irene Garza — seems to make a case against him a slam dunk.

Yet the district attorney in south Texas, in whose jurisdiction the murder occurred, seems content to let things die.

Feit also wants the case to die. He has said, "I did not kill Irene Garza."

In that sentence begins an even deeper mystery, one that may only be solved by understanding a brilliant man's own concepts of faith, contrition, justice and personality.

When asked by a reporter at his Arcadia home if he should be considered a danger to the community, he yelled: "Look at my record for the last 45 years!"

According to St. Vincent de Paul's Phoenix office, Feit was an employee of the charity from 1987 to 2004. Feit coordinated the charity's volunteers, known as Vincentians, who work in food pantries and reach out to local families with utility assistance and rent assistance programs.

St. Vincent de Paul Marketing Director Mary Chou-Thompson, 32, said that although she has never met Feit, other longtime staffers were shocked to hear of his arrest in the 1960 murder.

"From what I hear, people are just really surprised," Chou-Thompson told New Times. "They tell me that he was a really kind and soft-spoken person, so they never would've thought that something like this would be in John’s background."

"He’s just one of those people who you would never think of being accused of something like that," she added.