Pimp My Uber: Prostitution Charges Against 75-Year-Old Mesa Man No Surprise to Cops 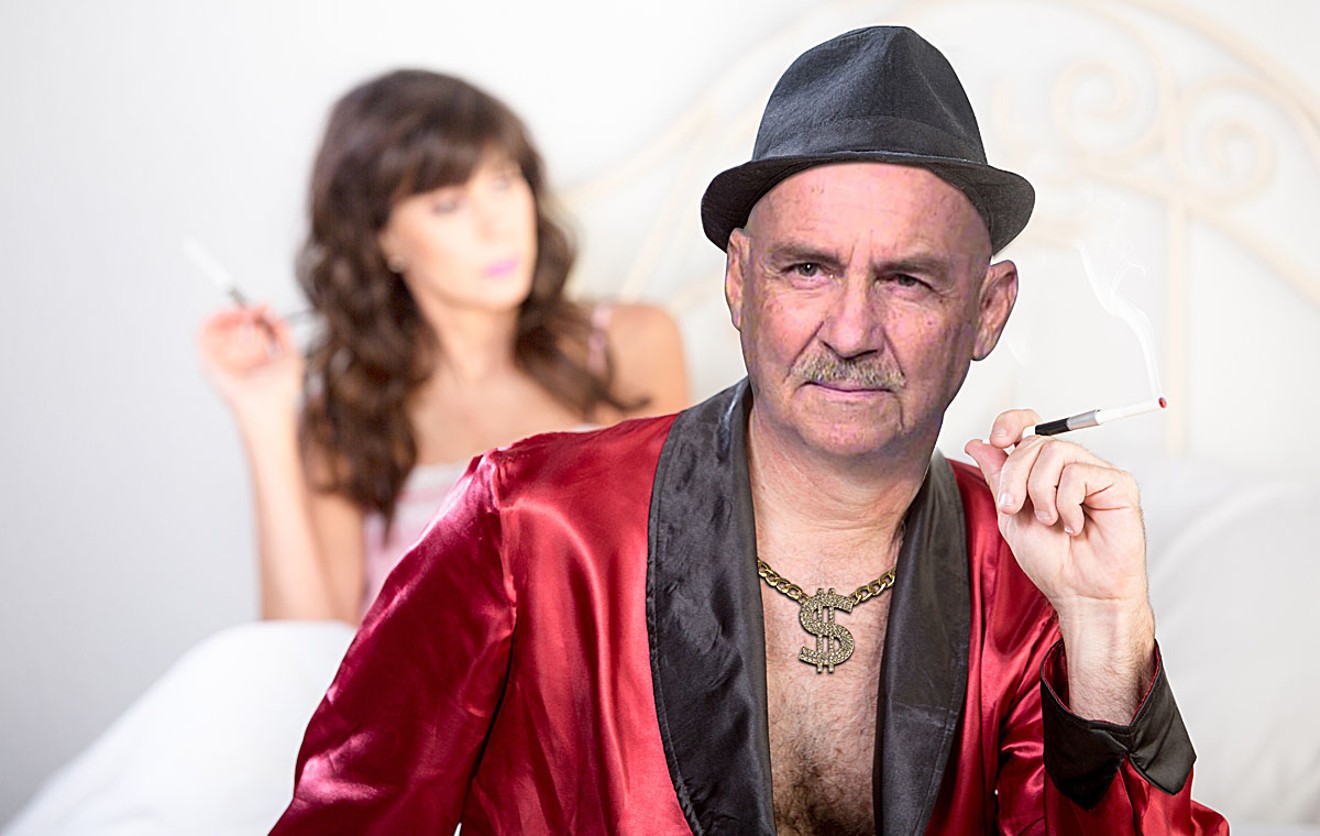 Pimp Floyd New Times Photo-Illustration. Source Images: MCSO and Shutterstock.com
On its face, the case of the 75-year-old Mesa man with no clear criminal history being accused of using all the latest gadgets to supplement his social security check by pimping out young women seemed unusual, even bizarre.

Not to the sex-crimes detectives that brought him in.

“It doesn’t surprise me that he didn’t have an extensive criminal background, even at that age,” said Mesa Police Sgt. Domenick Kaufman, who leads the city’s Human Exploitation and Trafficking, or HEAT squad, which was created in January 2016.

His team first started looking at Floyd Eugene Warter almost a year ago, when investigators stopped a john in an unrelated case. That man told detectives he’d sometimes buy tricks over at a place on Rio Salado Parkway, in a condo run by Warter, according to police reports.

State prosecutors allege that Warter ran the whole thing from his iPhone and iPad, advertising on websites like Backpage.com, posting seductive photos, arranging hookups with gentlemen callers, and even booking Uber rides for the hookers. All he had to do, police said, was open a lockbox in the condo kitchen, where each prostitute would leave $60 or $100 a day.

Such an operation is typical of those uncovered by the HEAT team, even though there is no allegation that Warter was using underage girls.

“We probably wouldn’t have done that investigation if we were not focused on trafficking,” Kaufman said. His team has brought in about a half-dozen trafficking cases since its start.

The technological revolution that has disrupted just about everything else is now reshaping the oldest profession, too. The combination of cellphones, mobile services, websites, and digital media has driven a murky world deeper into the shadows. And paradoxically, it’s also made it easier for pimps, hookers, and johns to involve themselves in illegal sex trading.

So Kaufman was equally not surprised by a core finding in a recent study by the McCain Institute and the Arizona State University Office of Sex Trafficking Intervention Research. Looking at six years of national data from sex trafficking arrests, researchers found that prosecutions tripled between 2010 and 2015.

In a recent KJZZ interview, researchers characterized the problem as nationwide and spiraling beyond law enforcement agencies’ ability to stamp it out. Only reaching young girls before they succumb to a life of coercion and violence will make a dent, they said.

Kaufman agrees with the conclusion and the statistics behind it.

He said human trafficking recently became the second most lucrative criminal enterprise around, leapfrogging gun smuggling, but not drug dealing.

“Law enforcement cannot take care of this problem by itself,” Kaufman said. “Economically, it’s going to take over as the number one criminal enterprise if we don’t get a handle on it.”

The roots of the problem grow in poisonous, fertile soil: poverty, abuse, alcohol, drugs, despair. The average age when girls and boys start to sell themselves is falling. It’s now 15, researchers found. Some start when they are 4 years old.

Nearly half know their trafficker. It could be a parent, relative, guardian, or someone they think is a romantic partner. 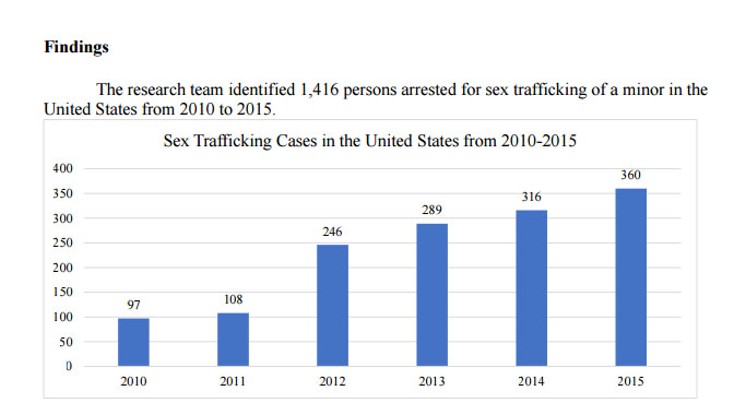 “The vast majority of victims either come out of the foster-care system or had issues at home: sex abuse or physical abuse or neglect,” he said, recalling one 6-year-old girl he found being pimped from home.

“When they are that young, it’s a parent guardian that offers them up, usually to make money or sometimes because that’s what happened to them,” he said.

“Often the parent has a severe drug addiction and can’t afford it, so they sell their children into sex," he added.

The pimp offers a troubled teen or somebody desperate for cash an easy way out. And if the arrangement began as consensual, it often doesn’t stay that way.

One minor prostitute in six is tamed by booze or drugs when they are recruited, researchers found. After that, traffickers keep them in line by force. A third suffer sexual assault. A similar number is threatened physically or psychologically. A quarter are attacked with a weapon and a fifth are drugged into submission.

“It’s the unicorn of thinking they can get in for a little while and make a little money,” Kaufman said. “I have talked to women who had that idea and end up in the hands of a violent trafficker.”

That’s partly how and why the HEAT team was formed. Detectives notice a strong overlap between trafficking and missing persons cases. The same is true for petty juvenile crimes, such as shoplifting or trespass. Some end up as homicides.

Sex crimes detectives tell patrol officers to be alert: “If they find a 14-year-old runaway who’s been missing three days and shows up in the parking lot of a motel, they need to ask some questions,” Kaufman said.

About a quarter of trafficked child prostitutes are runaways, and about 4 percent are homeless. Pimps lure one in 10 girls into their protection with promises of a roof over their heads, researchers found.

For Kaufman, the future is education. The public doesn’t understand how widespread the crime is, nor the young ages of its victims, nor their victimization.

He’s not surprised in the threefold increase. Police are increasingly focused on trafficking, but the crime is also increasingly common.

“We have to have a shift in our thinking. More times than not, it’s an exploitative arrangement. We have to do a better job identifying the children who are vulnerable,” he said.

“There’s still the myth that people are brought into the country illegally and sold into sexual slavery. It’s our kids and our neighbors getting involved in this,” Kaufman said. “In the Warter case, some of the neighbors said, ‘You know, I always thought something was going on over there.’”

Something was, apparently, going on, and prosecutors say it was criminal.

Warter was released from the Maricopa County jail without bond and has not yet entered a plea. He's been charged with prostitution, money laundering, conspiracy and drug offenses.

He told the court that he earns $3,200 a month. Around $1,200 comes from social security. He also listed RSVP T-Shirts and Embroidery as his self-owned business. No listing of the company, or any registered to Warter, could be found in state corporation or trademark records, or county-recorded documents.

Warter is scheduled to appear in court on Tuesday.