12 Places to Go During April First Friday in Downtown Phoenix 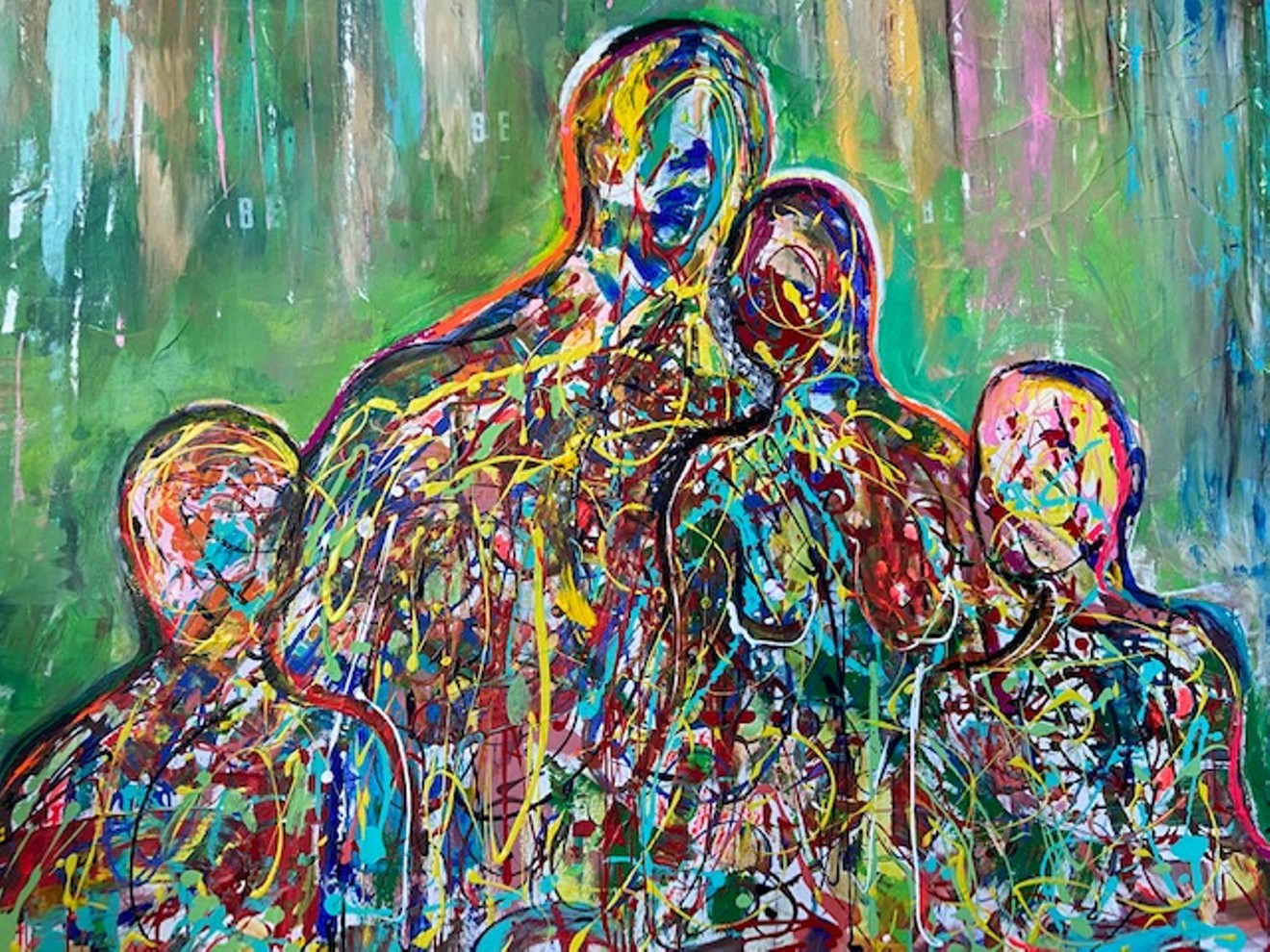 
It's no joke: The monthly First Friday art walk in downtown Phoenix takes place on April Fool's Day. And we're not kidding when we say there's plenty to take in at galleries around town. Here are a few suggestions. 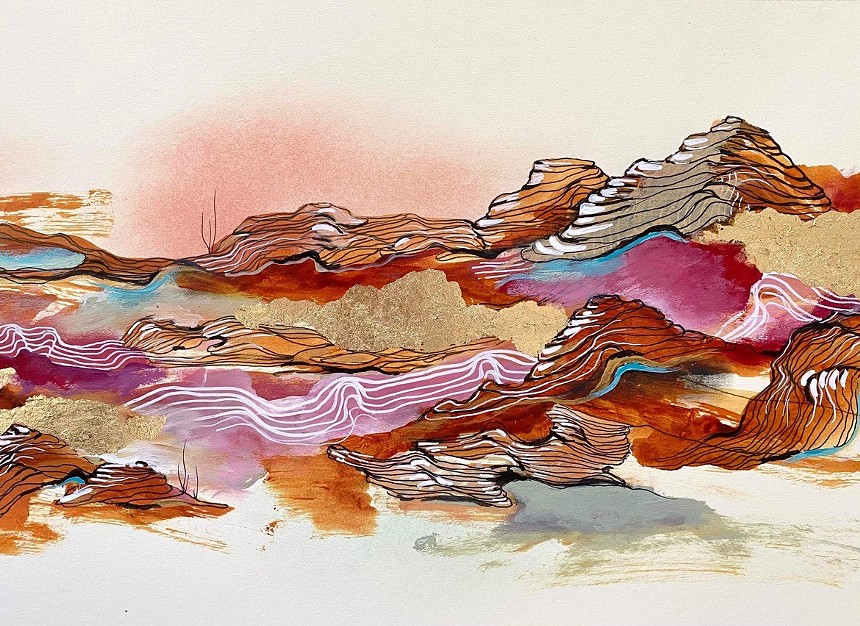 "Ollinger’s intricately crafted works explore multiple layers of nature through microscopic lenses,"  says curator Laura Dragon. "By resurfacing these delicate details of the natural world through an abstract interpretation, she subtly creates narratives that expose the complexity of our organic landscapes and elements."

Sisao is located at 1501 Northwest Grand Avenue. First Friday hours are 6 to 10 p.m.

When Northlight Gallery opened 50 years ago, it was on the Arizona State University Tempe campus. Today, it's located at the school's Grant Street Studios downtown, and it's celebrating the milestone anniversary with "VISIONS: 50 Years of Curating." The show will feature works by past Northlight curators and on First Friday, you can hear gallery talks by contributors including James Hajicek, Liz Allen, Stephen Marc, and Richard Laugharn.

Northlight Gallery is located at 605 East Grant Street. First Friday hours are 6 to 9 p.m., and artist talks begin at 6:30.

Tucked in the beautiful Trinity Episcopal Cathedral is Olney Gallery, which this First Friday will be showing "Sacred Harmony" featuring works by Jessica Gentilé, Mitra Kamali, Marcia Losh, and Vikki Reed. The four artists explore concepts like spirituality, the body, and humanity.

Phoenix Art Museum is the ideal place to start your First Friday explorations. Tonight, you can see the museum's permanent collections, plus check out temporary exhibitions such as "Farewell Photography: The Hitachi Collection of Postwar Japanese Photographs, 1961-1989" and "Clay and Paper: Japanese Ceramics and Screens," which is leaving the museum later this month.

Phoenix Art Museum is located at 1625 North Central Avenue. First Friday hours are 3 to 9 p.m., when admission is pay as you wish. 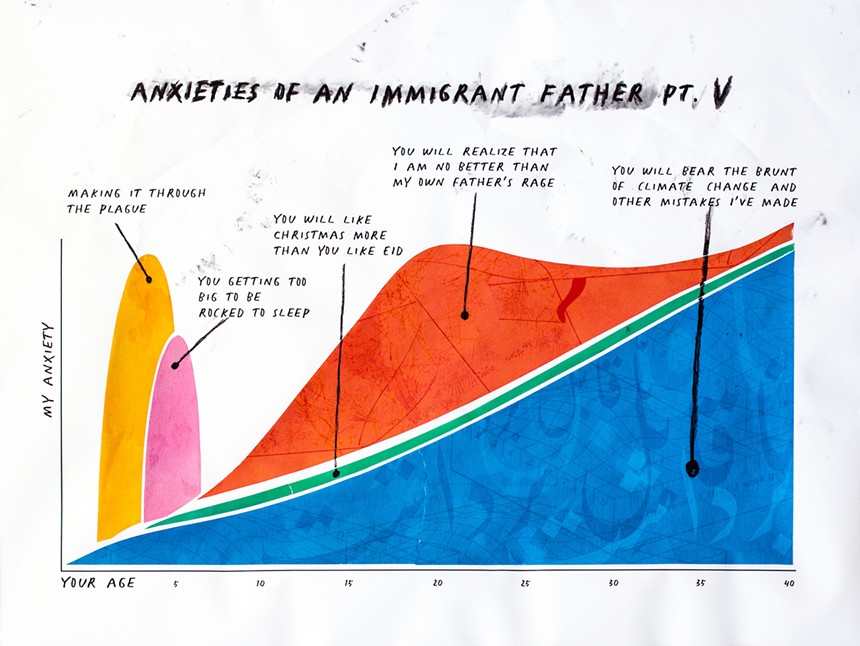 The idea of the American Dream is a long-debated concept. The question of whether it is achievable for everyone is the subject of "Tense," the new exhibition at Modified Arts. Renowned local artists Christopher Jagmin, Ann Morton, and Safwat Saleem "examine their own past histories, current anxieties, and future hopes," says the gallery statement. "Using words, graphs, charts, video, and sound — each from their own perspective — remind us all of the powerful connotations of these symbols while also showing the weaknesses in their facade."

This month, Cahokia PHX, the Indigenous-led social and art space, will host an Indigenous Women's Pop-Up Market. Come check out and purchase beadwork by Shiyoo Designs, tea and other goods by Blue Corn Custom Designs, tamales and blue corn cookies by Local Matriarch, and more. DJ Muchacho Mike will provide the tunes.

Tonight, FOUND:RE Contemporary and FOUND:RE Phoenix Hotel will debut "UPCYCLE: RE:cycle. RE:purpose. RE:imagine." The sustainability-based show will feature works by Arizona artists "who use their craft to explore a variety of ways to reuse and repurpose materials and or found objects in an electric and artistic manner," says the gallery statement. 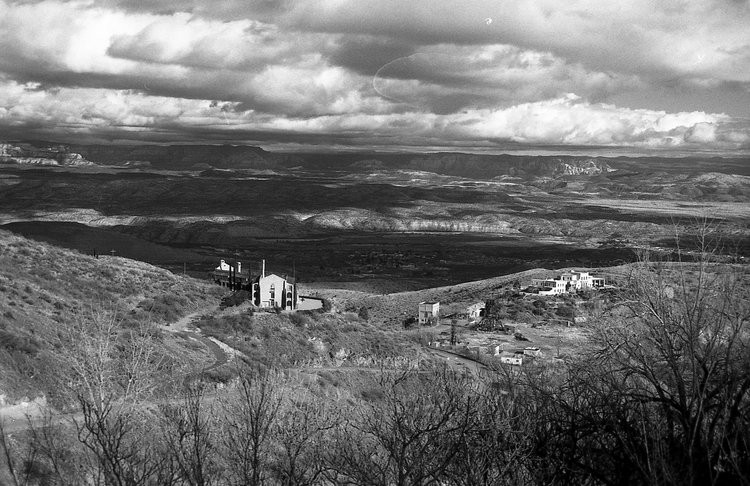 Arizona is dotted with old mining towns, some of which continue to exist and some that have long been abandoned. These towns are the subject of "Copper State: Bust and Boom," a photo exhibition at Phoenix Film Revival featuring the work of Ryan Casillas. Casillas, who comes from a family of miners, says, "ever since I was a kid, I’ve had an obsession with old mining towns, both in their aesthetics, their often wild and wooly history and a certain melancholy feel that is almost indescribable."

The world-renowned Heard Museum offers free admission during First Friday, so it's your chance to see current exhibitions such as "George Catlin on Indigenous Land," a collection of 19th-century paintings of a variety of Native tribes; "Remembering the Future: 100 Years of Inspiring Art," a collection of 20th- and 21st-century work; and "Southwest Silverwork, 1850-1940."

The Heard Museum is located at 2301 North Central Avenue. First Friday Hours are 4 to 8 p.m.

The Alwun House Art Park will become a market with artists selling their wares this First Friday. DJ Scapegoat will be spinning tunes as visitors shop, enjoy adult beverages, and check out the Crazy Lime Salsa Kitchen Food truck.

If you head a little farther north from the Roosevelt Row area of First Friday, you'll find the "Glassy and Glossy" exhibition at Howland Studios Gallery inside The Hive. There will be art, music, and food for everyone to enjoy.

Howland Studios Gallery is located at 2222 North 16th Street. First Friday hours are 6 to 9 p.m.
KEEP PHOENIX NEW TIMES FREE... Since we started Phoenix New Times, it has been defined as the free, independent voice of Phoenix, and we'd like to keep it that way. With local media under siege, it's more important than ever for us to rally support behind funding our local journalism. You can help by participating in our "I Support" program, allowing us to keep offering readers access to our incisive coverage of local news, food and culture with no paywalls.
Make a one-time donation today for as little as $1.