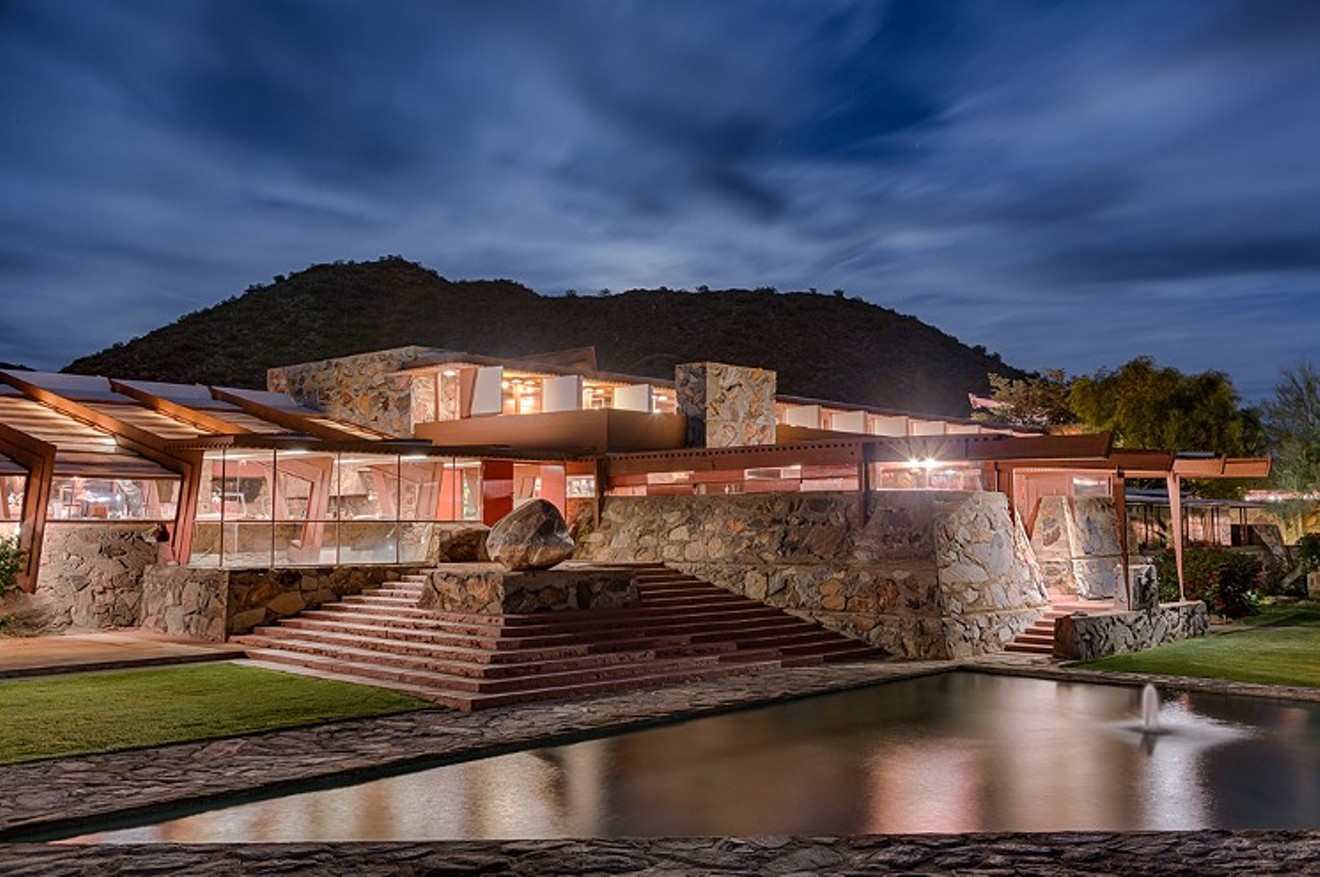 A visit to Taliesin West in Scottsdale might have been in order to celebrate the birthday of its designer, Frank Lloyd Wright. But although today is the 153rd birthday of the influential American architect who worked for decades in Arizona, Taliesin West, like so many local cultural institutions, still is closed due to COVID-19 concerns.

To continue to share Wright's work and legacy despite the closure, the Frank Lloyd Wright Foundation has been conducting a series of Taliesin Talks, which are Zoom meetings featuring experts discussing a particular topic. 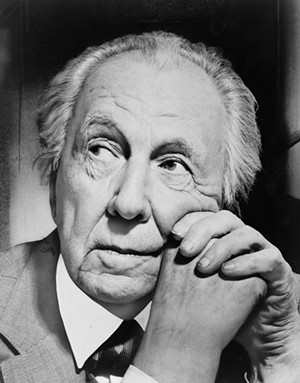 Frank Lloyd Wright in 1954.
Al Ravenna/New York World-Telegram
The next Taliesin Talk will be held at 1 p.m. Arizona time on Wednesday, June 10, on the Frank Lloyd Wright Foundation's Facebook page. The topic will be "Celebrating #WrightVirtualVisits." Architecture experts affiliated with various Wright-designed properties will discuss the impact of Wright's work as well as the #WrightVirtualVisits series of livestreams that take viewers inside locations such as the Kraus House in Missouri and Taliesin West.

And if you want more Frank Lloyd Wright content, here are some past Phoenix New Times stories about the birthday boy. The Norman Lykes House sits on the edge of the Phoenix Mountains Preserve.
The Agency
View Master: A Walk Through the Last House Designed by Frank Lloyd Wright

Hall admires Wright’s attention to detail. “He really thought of everything,” Hall insisted. “There are cutouts for plants to go in over there. The skylight tells you where to put the table. He makes you cook a certain way because the kitchen is really small.” The 20th-century architecture of Frank Lloyd Wright was inscribed to the UNESCO World Heritage List on July 7, 2019, after being submitted for nomination by the National Park Service in November 2018. The nomination includes eight buildings.

"The Mesopotamian, pre-Columbian elements in Wright's work can be a metaphor for power," says Phoenix architect Victor Sidy. "The show uses the iconography of power, making the architecture itself one of the characters."
KEEP PHOENIX NEW TIMES FREE... Since we started Phoenix New Times, it has been defined as the free, independent voice of Phoenix, and we'd like to keep it that way. With local media under siege, it's more important than ever for us to rally support behind funding our local journalism. You can help by participating in our "I Support" program, allowing us to keep offering readers access to our incisive coverage of local news, food and culture with no paywalls.
Make a one-time donation today for as little as $1.