At 7 p.m. on Wednesday, September 13, lovers of literature and libations will have occasion to gather and celebrate three new novels at once, during First Fiction at First Draft.

The evening is a reboot of an event that Changing Hands launched in 2003, when co-owner Cindy Dach and company had the idea to bring debut fiction authors together to read their work at a bar in Tempe.

“It’s always a challenge to draw an audience when publishers tour first-time authors,” Dach explains. By grouping several together and adding the lure of drinks and the chance to mingle with the writers, Changing Hands increased the odds that people would show up for notable names they hadn’t heard of. And it worked.

First Fiction ran for two years and then went onto the back burner. “It was great and fun,” Dach says, “but we kind of wanted that vibe in the store. In many ways, First Fiction helped us conceive First Draft. And ever since we named the bar First Draft, we said we had to bring First Fiction back. It was an event that we loved, and it was successful.” 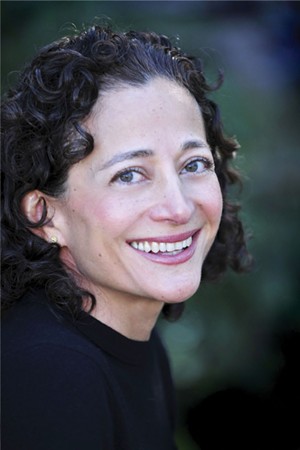 Donia Bijan joins the First Fiction reboot.
Zach Heffner
This year’s model features three memorable voices. There’s Gabriel Tallent, author of My Absolute Darling, a brutal, blistering work about a teenage girl and her abusive father that Stephen King calls a masterpiece. There’s Donia Bijan, an Iranian-born writer whose The Last Days of Café Leila shifts masterfully between San Francisco and Tehran as it tells the story of three generations and the restaurant at the family’s heart. And there’s Danya Kukafka, whose haunting novel Girl in Snow, told from multiple points of view, follows the tangled strands of an investigation into the murder of a popular high-school girl in a small-town Colorado suburb.

Dach says the goal was to look through the hundreds of first-time fiction offerings to find three buzz-worthy books that were very different from each other. “They’re all interesting stories from first-time novelists. They represent the literary landscape at this moment.”

During the free event, the bar will serve drinks at happy hour prices. Each of the three authors will read an excerpt from their novel, and then, after the audience has a chance to ask questions, everybody is invited to stick around, listen to music, and hang with the writers.

“This is an opportunity to be with people who appreciate discovering great new books and supporting new writers,” Dach says. “It’s also about showing up for these authors and saying bravo and congratulations on your first book from the Phoenix literary community.”

But consider yourself warned: All three of the novels are compulsively readable and may require you to clear your schedule in order to finish them.

KEEP PHOENIX NEW TIMES FREE... Since we started Phoenix New Times, it has been defined as the free, independent voice of Phoenix, and we'd like to keep it that way. With local media under siege, it's more important than ever for us to rally support behind funding our local journalism. You can help by participating in our "I Support" program, allowing us to keep offering readers access to our incisive coverage of local news, food and culture with no paywalls.
Make a one-time donation today for as little as $1.
Deborah H. Sussman