What You Need to Know About Elevengeddon 2017 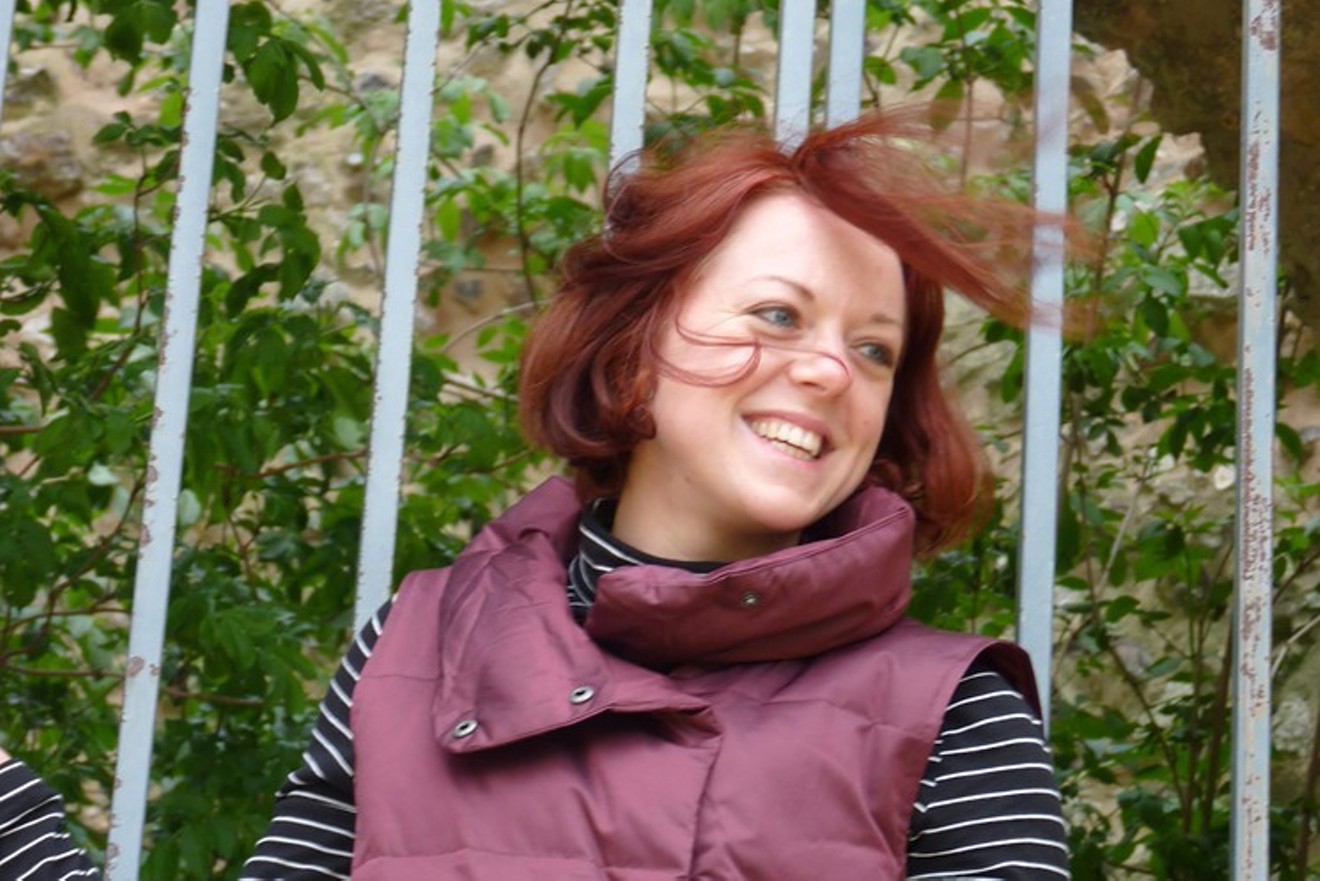 V.E. Schwab is back for Elevengeddon. Tor/Macmillan Books
Author Kevin Hearne isn't coming to Phoenix Comicon this year, but his annual pre-Con Elevengeddon celebration lives on.

The massive signing, hosted by the Poisoned Pen, features two dozen of the Con's sci-fi and fantasy authors who will be meeting fans and signing at 7 p.m. Wednesday, May 24. Because of the size, the event has moved from the Poisoned Pen to the roomier digs of the Hilton Scottsdale. Admission is free and no purchase is necessary, but Poisoned Pen will be on hand in case you want to pick something up.

Hearne started the event in 2015 as an informal get-together for fans and 11 of his author friends who would not be able to attend Comicon. Jokingly dubbed Elevengeddon, the event quickly grew until it featured 17 authors. Last year was even bigger, with fantasy superstars Brandon Sanderson and Patrick Rothfuss leading a lineup of 21 guests.

Here are some of the fresh faces you can meet this year: 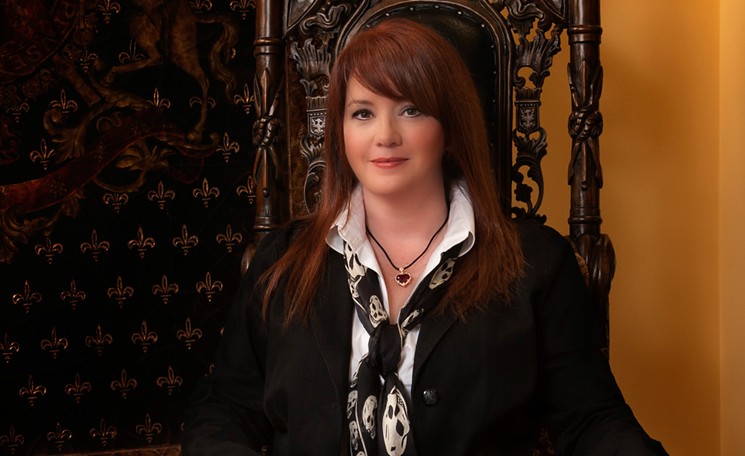 Prolific paranormal romance author Sherrilyn Kenyon.
Sheri Reno
Sherrilyn Kenyon
A giant in the paranormal romance scene, the prolific Kenyon has placed over 75 novels on the New York Times best-seller list since 2003. Best known for her long-running "Dark Hunter" series, Kenyon also writes manga and young adult novels. Her latest release, Born of Vengeance, part of her "League" series, came out on May 1, and she has a new manga, Acheron, coming on June 1. Then, there are new "Dark Hunter" and "Chronicles of Nick" novels due in August. It's a wonder she has time for the signing: she's that busy. 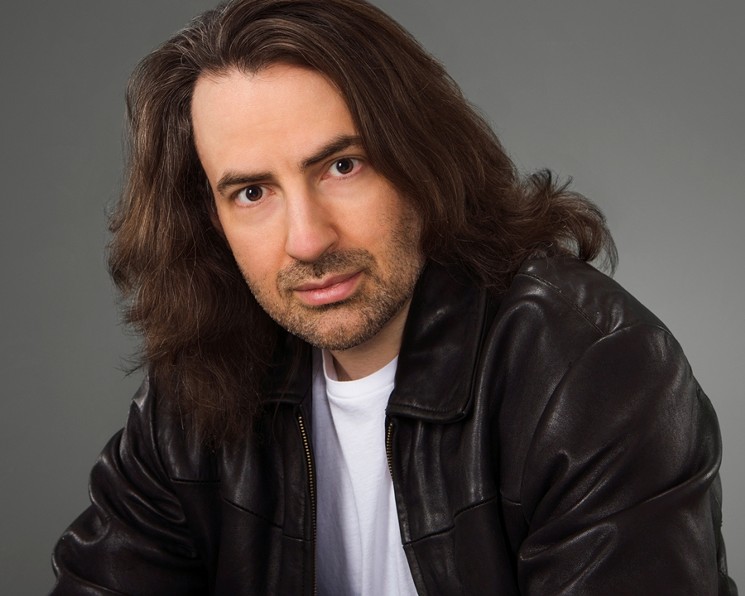 Urban fantasy superstar Jim Butcher.
Courtesy of Penguin Random House
Jim Butcher
One of the founding authors in the current urban fantasy boom, Butcher is the best-selling author of the ongoing "Dresden Files," about a magical detective in contemporary Chicago. He has also dabbled in epic fantasy with his “Codex Alera” series, described as Pokemon meets the Roman Legion, and in steampunk with the award-winning The Aeronaut’s Windlass.

Fantasy pioneer Robin Hobb.
Courtesy of Penguin Random House
Robin Hobb
Along with George R.R. Martin, Hobb helped reinvented fantasy in the mid-'90s – moving it away from the high fantasy magical quests of Tolkien and Terry Brooks. Coming out within weeks of A Game of Thrones, her acclaimed Assassin’s Apprentice introduced Fitz, the titular apprentice and scion of Prince Chivalry, and his lifetime friend, the mysterious, sexually ambiguous Fool. The novels were bloody (although not as bloody as Martin's), powerfully introspective, and helped pave the way for the current generation of fantasists like Patrick Rothfuss and Mark Lawrence. The final book in the series, Assassin’s Fate, came out earlier this month.

Best-selling fantasy author Scott Lynch.
Courtesy of Penguin Random House
Scott Lynch
Lynch rode the same wave that propelled fantasy authors Patrick Rothfuss, Brandon Sanderson, and Joe Abercrombie to superstardom, hitting the bestseller lists with his audacious debut, The Lies of Locke Lamora, in 2007. The pirate-themed Red Seas Under Red Skies followed, before his career was sidelined by severe depression. He returned in 2013 with The Republic of Thieves, and his latest tale of the master con-man Locke Lamora, The Thorn of Emberlain, is due later this year.

Hugo Award-winning author Elizabeth Bear.
Kyle Cassidy
Elizabeth Bear
The multiple Hugo Award-winning Bear is one of the most versatile authors in sci-fi and fantasy. Her debut novel, the cyberpunk Hammered, set the stage, winning a Locus Award, and since then she was won awards for her short fiction, including "Tideline" and "Shoggoths in Bloom." Her "Eternal Sky" trilogy took epic fantasy to the Far East, with a Silk Road and Mongol horde flavor. More recently, she explored steampunk with Karen Memory, about a lesbian prostitute in a 19th-century Seattle brothel. After a quiet couple of years during which she married Scott Lynch, she returns in the fall with The Stone and the Skull, kicking off a new trilogy in her Eternal Sky universe.

Author, historian, and reality TV star Myke Cole.
Karstan Moran
Myke Cole
An Iraq War vet, cybercop, and star of the recent CBS reality show Hunted, Cole is also a lifetime geek, gamer and scholar. His “Shadow Ops” series and its “Reawakening” prequels blend magic and military fiction, in a combination he describes as Black Hawk Down meets the X-Men. He has recently ventured into epic fantasy with the upcoming “Sacred Throne” trilogy and has channeled his scholarly side into nonfiction with an upcoming book on Roman military history.

Internet entrepreneur and sci-fi author Rob Reid.
Courtesy of Penguin Random House.
Rob Reid
Primarily a nonfiction author and internet entrepreneur, Reid founded Listen.com and the Rhapsody music service. He documented his life in Harvard Business School and among the Silicon Valley upstarts of the ‘90s in Year One and Architects of the Web respectively, before turning to sci-fi. His fiction debut, 2012’s hilarious Year Zero, deals with aliens hearing Earth’s music broadcast in space, then invading the planet rather than bankrupt the galaxy to pay for the licensing fees.

Sci-fi author Wesley Chu.
Courtesy of Tor Books
Wesley Chu
Stuntman, Martial Arts Master, and 2015 Campbell Award Winner for Best New Writer, Chu is a Comicon regular. His “Lives of Tao” series is a humorous sci-fi story of a humble IT tech who becomes the focus of a war between alien lifeforms, while his recent “Time Salvager” trilogy follows a future criminal condemned to travel to the past to recover artifacts, without disturbing the flow of time.

Author and astrophysicist Alan Smale.
Courtesy of Penguin Random House.
Alan Smale
By day, Smale is an astrophysicist at NASA; by night, he is an award-winning alternate history author. After publishing dozens of short stories, he moved to novels in 2015 with his “Clash of Eagles” trilogy. The novels follow a Roman invasion of North America, and the legions’ clashes with Native American tribes. The final installment, Eagle and Empire, came out last week.

Up-and-coming author Alexandra Oliva.
Lynn Paul
Alexandra Oliva
Newcomer Alexandra Oliva made her first appearance at Comicon last year, shortly before her debut novel, The Last One, hit stores. It follows Zoo, a young contestant on a Survivor-style TV show. When the apocalypse comes, the lines between reality and reality TV blur as she must learn what happened while trying to stay alive.