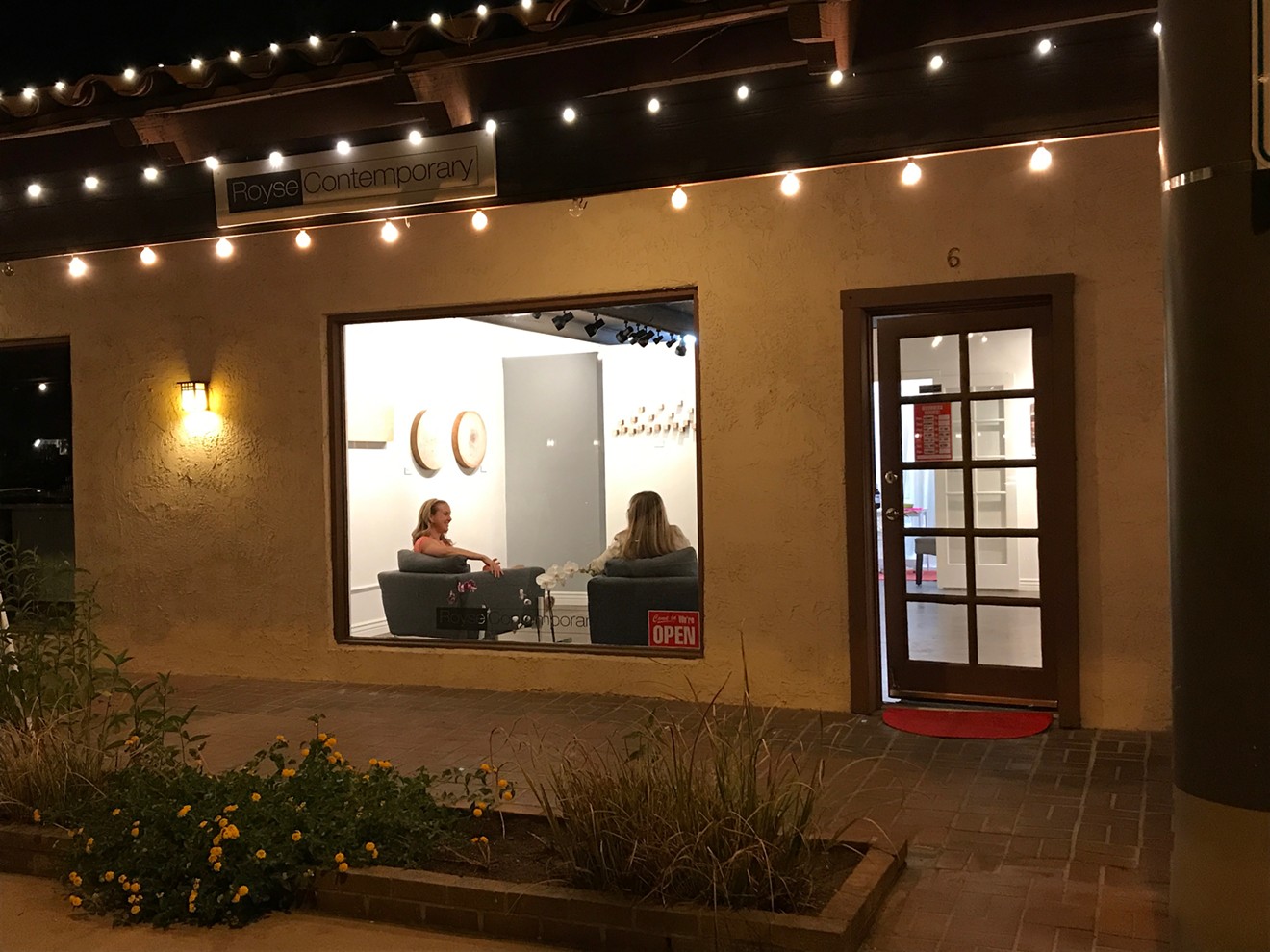 A former gathering at The Allery in Roosevelt Row.
Michelle Sasonov
Closings

The Allery
JB Snyder's exhibition space, shared with several area artists, was forced to close in February when the owner for the Roosevelt Row bungalow that housed it decided to use the space for another purpose. Artists who had shown work in the space included Lalo Cota,Tato Caraveo, and Mikey Jackson.

Stacey Champion closed Treeo gallery in 2017.
Lynn Trimble
Treeo
Public relations professional and community activist Stacey Champion closed the Treeo gallery she operated on Sixth Street in Roosevelt Row in January. Treeo opened in October 2014 and was located inside a small bungalow in a part of downtown Phoenix undergoing rampant development. Champion moved her offices to The Funk Lab on Grand Avenue, and is no longer operating a formal exhibition space. (She's since relocated to midtown Phoenix.) Artists who previously exhibited at Treeo include Colton Brock, JB Snyder, and Fred Tieken.

Five15 Arts exhibition inside a gallery at Phoenix Center for the Arts.
Lynn Trimble
Changes

Five15 Arts
After losing its space inside the former Flowers building on Roosevelt Street, where a new development called The Blocks of Roosevelt Row will open in 2018, the Five15 Arts collective moved temporarily to a gallery space inside Phoenix Center for the Arts. They presented periodic exhibitions at the center's gallery from January to December, but will be moving to Chartreuse gallery in Grand Avenue in March 2018.