Tracy Letts' epic, relentlessly dismal yet moving and entertaining August: Osage County won the 2008 Pulitzer Prize for Drama. And in last year's Mesa Encore Theatre production, Shari Watts takes local honors for her performance in the lead. She assayed the role of Violet with a heartbreaking resignation that never quite masked her pain. Vi is one of the nastiest, most unpleasant characters in contemporary drama, and while Letts has given her cancer and a crappy childhood to help the audience (and her family) tolerate her, Watts was able to sell Vi's raging pill habit and torrent of insults anyway, because she was just that good.

Best Performance by a Child Actor in a Professional Production

Riley Glick in Ruthless! The Musical

Packed from end to end with faultless performances, Phoenix Theatre's Ruthless! The Musical was a stunner. Joel Paley's book and lyrics — about a little girl who'll do anything to play the lead in the school musical — provided a convulsion of nudging and winking at anyone up on their backstage stories. But a cast made up mostly of Phoenix Theatre veterans (including Debby Rosenthal, whose send-up of Mama Rose as a clueless stage mother who winds up a star was a scream, and Rusty Ferracane, in a glittery black skirt and eyelashes out to there, singing about stardom) nearly vanished from sight whenever little Riley Glick appeared onstage, singing and stomping about as 9-year-old Tina. Glick's way with a scene-stealing brat was surpassed only by hearing her shout an expletive early in Act Two. And her ballet combination wasn't bad, either.

Even if Ron May, founder of Stray Cat Theatre and recent star of the one-person show The Agony and Ecstasy of Steve Jobs, had only brought us his company's production of The Whale last season, that would have been enough to snag him our undying gratitude and admiration. In that play, about an obese man at the end of his rather sad life, May kept a fine cast from chewing scenery and helped lead actor Damon Dering create a career-making performance. But May, who handles frantic comedies with the same grace as he does murky melodramas, also worked his directorial magic last season on the extremely tricky The Elaborate Entrance of Chad Deity, making a small, dark comedy set in the world of semi-pro boxing into something everyone could love. This month, May is directing Tarell Alvin McCraney's The Brothers Size, so here's to another year of dynamic direction from our own Mister May.

He's a talented actor and a well-loved theater educator, to be sure. But we're proudest of Dwayne Hartford's remarkable body of work as a playwright. Hartford, the associate artist and playwright in residence at Childsplay, only began writing in 2000, yet his work, often developed through Childsplay's Whiteman New Plays Program, has been consistently engaging, thought-provoking, and even controversial. His plays — which often tour the country after making their debuts in the Valley — have earned accolades far and wide. His Eric and Elliot received the Distinguished Play award from the American Alliance for Theatre and Education in 2005; The Imaginators was produced and aired by local PBS affiliate KAET; and Hartford's adaptation of Charles Dickens' A Tale of Two Cities was developed through the National Endowment for the Arts and NYU's New Plays for Young Audiences program. Season before last, his The Color of Stars knocked us out with its frank commentary on America's wartime attitudes, and this last season he continued his winning streak with an adaptation of The Miraculous Journey of Edward Tulane, based on Kate DiCamillo's popular novel, that was both heartwarming and heart-wrenching. We hear that this talented playwright is busy at work on an adaptation of a classic and long-loved children's story, and we can't wait to see what he does with it.

Okay, so they dared to torture us last season with the roller-disco monstrosity Xanadu. But the state's professional theater, also brought us a stunning production of Jon Robin Baitz's Other Desert Cities and David Ives' Tony-nominated Venus in Fur, beautifully acted by Michael Tisdale and Gillian Williams and expertly directed by Shana Cooper. This is the sort of fine theater art we've come to expect from our big-budget professional theater, and they have rarely let us down. Sadly, this year ATC brings us the departure of artistic director David Ira Goldstein, who truly revolutionized the company with co-productions with estimable playhouses in other parts of the country and with his stylish taste in plays and musicals. 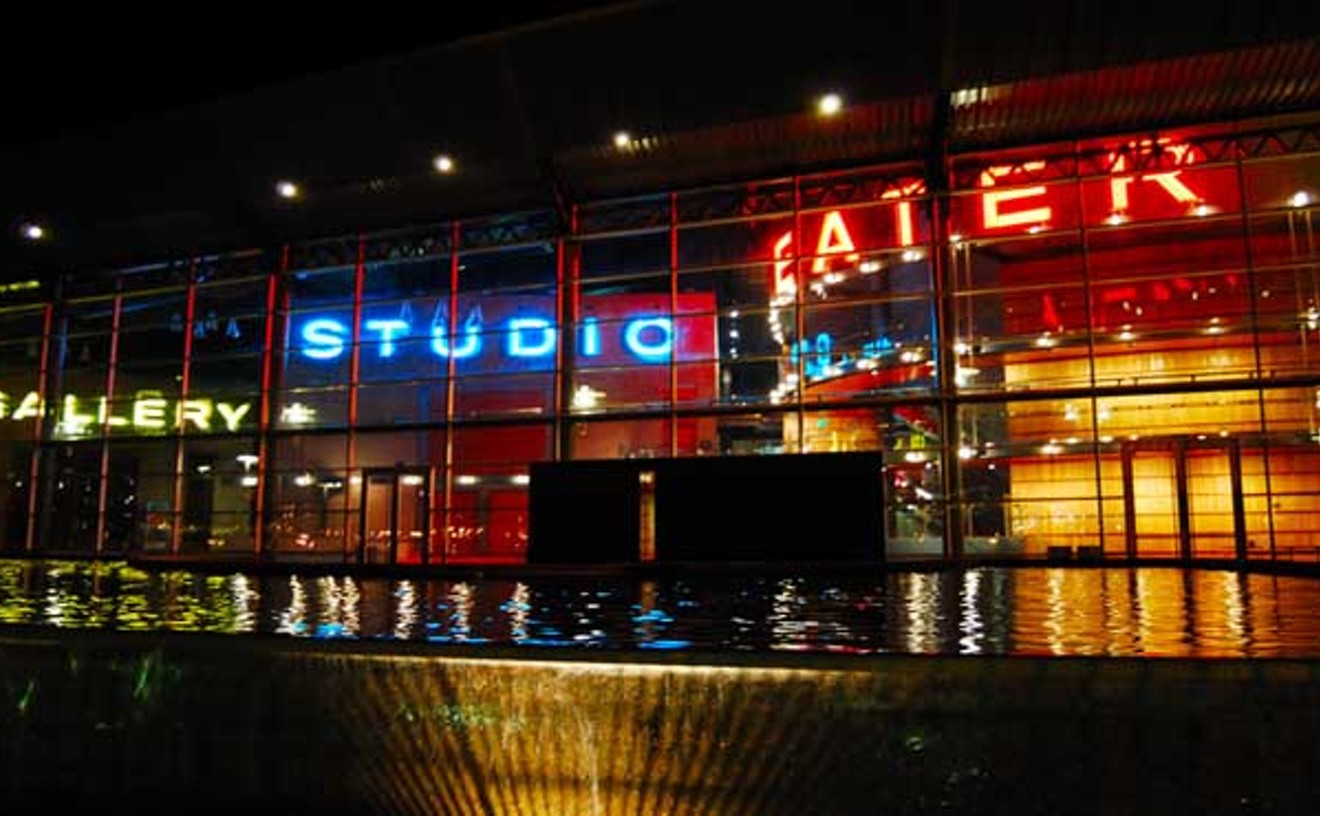 It's almost unfair to laud Childsplay for its many finely tuned theatrical productions, because this professional company has had 37 years to learn to do children's theater right. And, boy, have they! Last year alone, they thrilled (and educated) kids all over the Valley with The Miraculous Journey of Edward Tulane, based on Newbery Award winner Kate DiCamillo's beloved book, and of course their popular favorite, Schoolhouse Rock, Live!, based on those old, educational singalong Saturday morning cartoons. Original productions, tried-and-true hits, and a whole lot of parent-pleasing professional theater make this children's theater the one to beat.

Twenty years ago or more, Phoenix Theatre operated a black box, where those of us who liked edgier plays and musicals could go for offbeat theater. Late last year, the now-93-year-old company unveiled, as part of its multimillion-dollar renovation, a new black box space. Those of us who once laughed ourselves silly over campy Charles Busch comedies are older now and want more from our offbeat theater — and we got it with this neat, comfortable black box space, where the company has offered smart, first-rate productions like Ruthless! The Musical and Avenue Q. 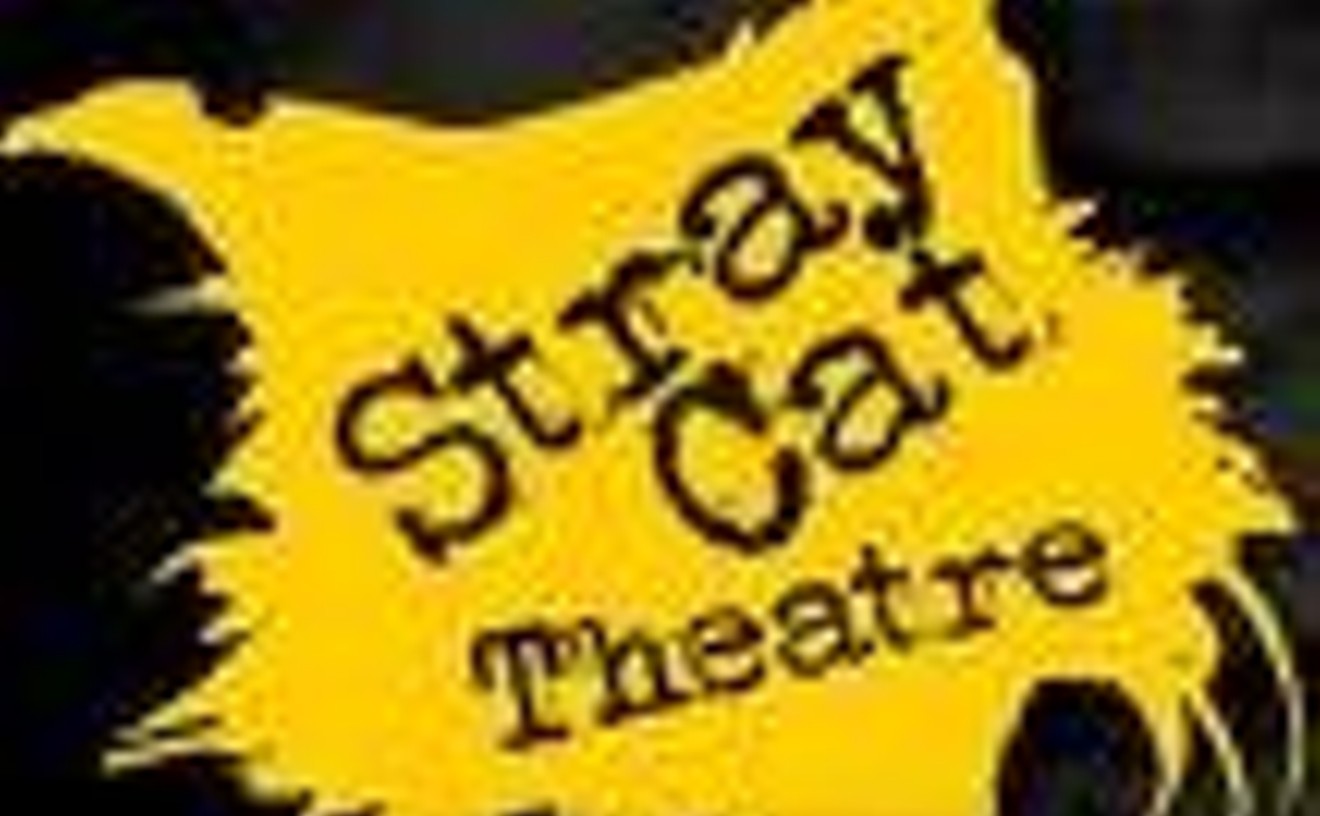 Stray Cat's 11th season may not be remembered as its best ever, but no one who saw the company's production of The Whale, starring Damon Dering and directed by the company's founder, Ron May, will forget it. This also was the year Stray Cat scored a coup with film and TV star Zach Braff's All New People, neatly directed by Louis Farber and featuring Michael Peck, Angelica Howland, and filmed cameos from some estimable local talent. And the year that May really swung out with a fine production of Kristoffer Diaz's difficult The Elaborate Entrance of Chad Deity. It's this kind of rare, risky fare that gets us going back, again and again, to see what Stray Cat has uncovered this time. 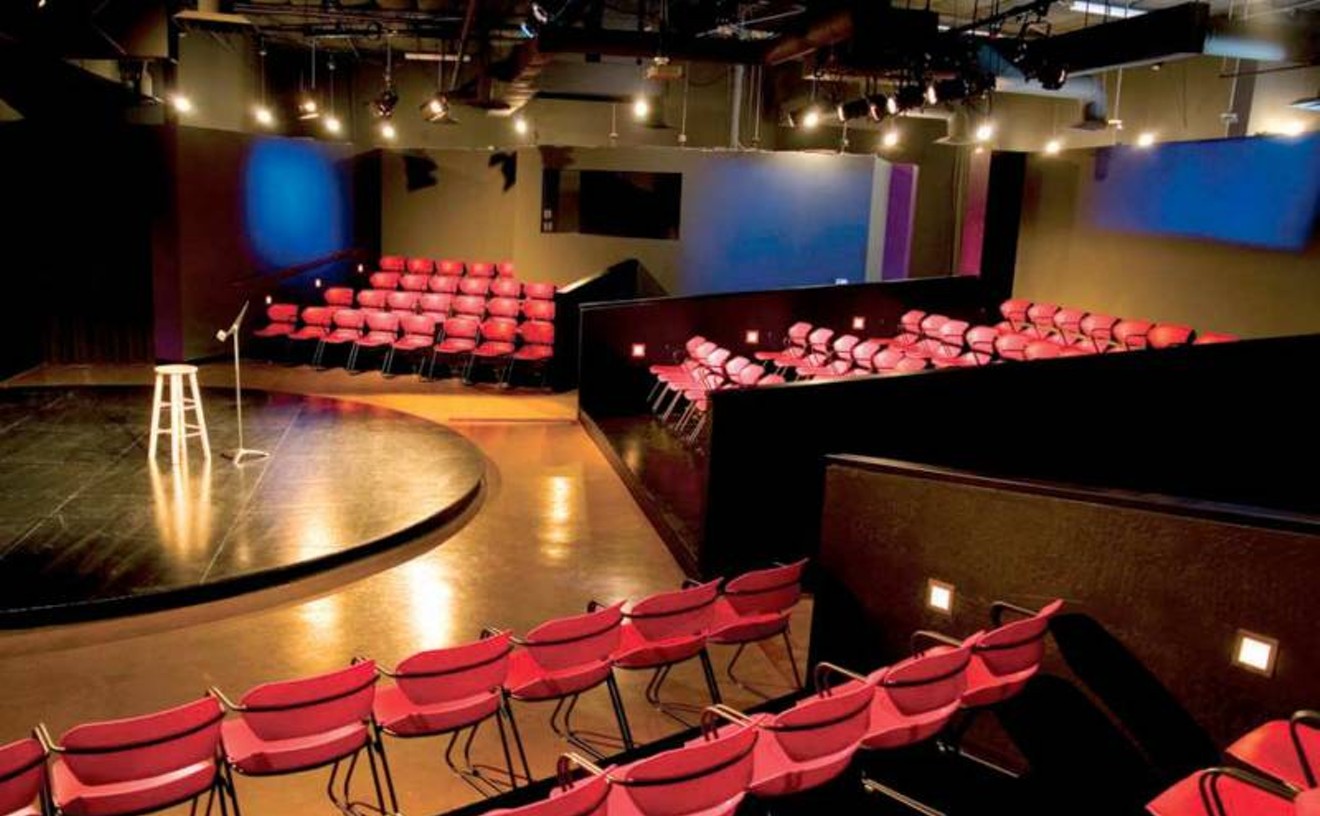 Set "somewhere in Canada" in 1920, Mary's Wedding offered a simple story about a transplanted city girl who doesn't like the country so much until she meets a pretty farmhand named Charles. Canadian playwright Stephen Massicotte's sweet memory play got a first-class staging, early this year, by this often iffy local company. Heidi Haggerty's charming performance in the title role was matched by Kent Welborn's neatly naïve leading man, both situated on a simple, versatile set by Deb Mather Boehm and nicely directed by theater veteran Carol MacLeod. Theatergoers who'd written off this tiny troupe were pleased to find a simple, simply excellent production on its stage. Here's to more of the same in 2015.

Best Reason to Go to the Theater All Season

Damon Dering in The Whale

If culturally minded people remember anything about Valentine's weekend 2014, it will be this: That was the weekend Stray Cat Theatre brought us The Whale. Samuel D. Hunter's story about a morbidly obese man seeking redemption at the end of his life featured a career-making performance by actor Damon Dering, trussed up in a fat suit as the beleaguered title character, Charlie. Dering's artful performance steered clear of scenery chewing and revealed the fragility behind a dying man's histrionics — all with the help of director Ron May, who handled expertly the highs and lows of a play that's neither comedy nor drama. On Eric Beeck's drearily smart set, which provided pages of background on the dismal grayness of Charlie's life, a fine supporting cast (particularly a darkly comic Michelle Chin as Charlie's mean-spirited teenaged daughter) managed not to be eclipsed by Johanna Carlisle, who turned up with a giant performance, late in the second act of this, the very best play of last season.