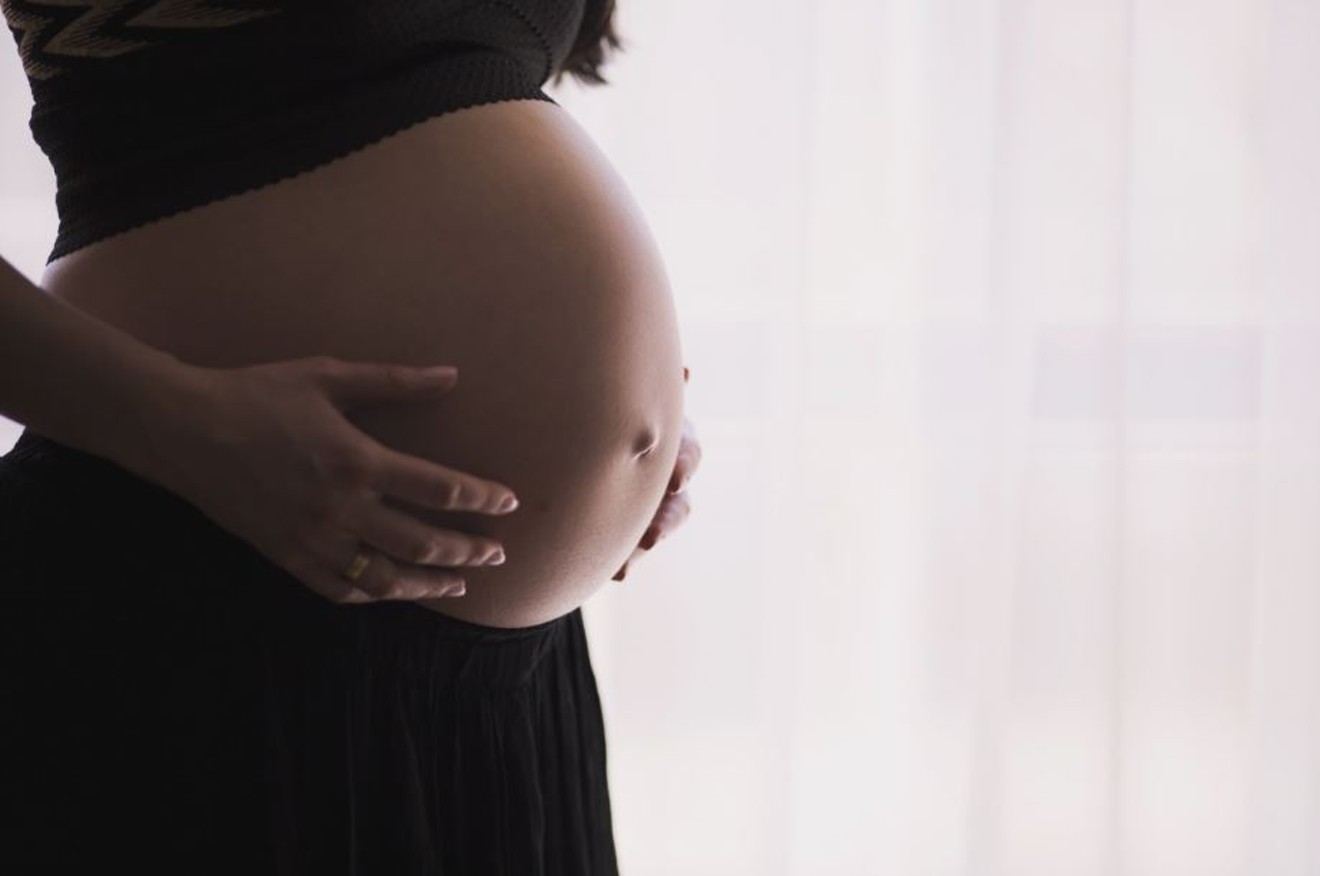 An Arizona Court of Appeals judge ruled Thursday that the woman, Lindsay Ridgell, should not have been placed on the Department of Child Safety's Central Registry, overturning a Maricopa County Superior Court decision.

“I feel so happy. A weight has lifted from my shoulders and I feel free," Ridgell told Phoenix New Times after the ruling. "This means a lot to myself and my family. I can finally go back into social work and hopefully earn a higher wage than I have been the past couple years. As well as find more fulfillment in work, I miss helping people, especially kids.”

The ruling, which the state could still choose to appeal to the Arizona Supreme Court, is a major victory for Ridgell in a case that has drawn national attention.

Over the course of a year, national groups like National Advocates for Pregnant Women and the Academy of Perinatal Harm Reduction — and even comedian Amy Schumer — submitted amicus briefs to the court in support of Ridgell.

Julie Gunnigle, who is currently a leading candidate for Maricopa County Attorney, represented Ridgell pro bono in the case. She told New Times she was thrilled over the ruling.

"It basically says Lindsay was right all along," Gunnigle said — that she was afforded “all of the protections that the AMMA [the Arizona Medical Marijuana Act] provides.”

Appeals Court Judge Randall Howe, joined by two other judges, wrote in the ruling that DCS had erred when the agency accused Ridgell of child neglect for using cannabis while pregnant. Ridgell had a valid medical marijuana card at the time, and a physician had certified her use of the drug while pregnant with her son.

“A person may be placed on the Central Registry if her newborn infant has been exposed to certain drugs, including marijuana,” Howe wrote in his opinion Thursday. “But only if that exposure did not result from medical treatment administered by a health professional.”

In Ridgell’s case, he wrote, it clearly did.

DCS’s Central Registry is an opaque system that tracks reports of child abuse or neglect that the agency deems “substantiated.” A person does not have to be criminally charged and convicted to land on the list. Ridgell, for instance, was not charged with a crime for her use of cannabis.

The registry is not available to the public. But it is used by DCS, other state agencies, and businesses to conduct background checks on prospective employees. Applicants vying for jobs that involve “direct services to children and vulnerable adults” must be cleared by DCS using the system.

Ridgell, a former employee of DCS, would have remained on the registry for 25 years, a potentially serious blow to future job prospects.

Her legal team has argued that her inclusion on that list — as a lawful medical marijuana user — was in violation of Arizona law.

Ridgell had obtained her medical marijuana card a decade before she became pregnant. She suffered from irritable bowel syndrome, or IBS, and cannabis eased her symptoms.

When she became pregnant in September 2018, she began to experience newly severe nausea. She was soon diagnosed with hyperemesis gravidarum, or extreme morning sickness, a rare condition that can cause serious complications if not treated.

The doctor who certified the renewal knew Ridgell was pregnant and signed off on the treatment specifically for Ridgell’s “chronic nausea,” records show.

According to medical records, Ridgell did not inform the hospital or her OB-GYN about her marijuana use later on. The state seized on that fact to make its case that Ridgell had not used medical marijuana under proper supervision by a physician.

Ridgell gave birth to her son in May 2019. Immediately after birth, he suffered medical complications that required him to be resuscitated by doctors. He was then transferred to Phoenix Children’s Hospital and drug tested.

As Howe wrote in his opinion, there is no evidence that it was marijuana that caused the complications for Ridgell’s son after birth.

But when the hospital detected marijuana in its drug test, staff members there reported this to the Arizona Department of Child Safety. DCS began investigating the finding as a child neglect case under Arizona law.

Ridgell told investigators about her medical marijuana card. But the agency soon informed her that it had substantiated the neglect allegations, and intended to place her on the Central Registry.

Ridgell appealed her case. While an administrative judge initially sided with Ridgell, the state refused to remove her from the registry.

DCS pressed its case in Maricopa County Superior Court. Attorneys for the state argued that, despite Ridgell’s medical marijuana card and despite informing her doctor she was pregnant, her pot use “was not the result of a medical treatment administered to the mother or the newborn infant by a health professional.” The superior court judge agreed that DCS’s actions were reasonable.

Thursday’s appellate court ruling pushes back on DCS’s argument. Howe cites the AMMA’s broad protections for patients in his opinion, which, he wrote, clearly covered Ridgell’s use of the drug.

The law says that the use of cannabis under AMMA “must be considered the equivalent of the use of any other medication under the direction of a physician,” Howe noted. The law also has a section on discrimination, which prevents patients from any “denial of right or privilege” for their use of marijuana.

It was thus contrary to AMMA for DCS to claim that Ridgell's medical marijuana card did not amount to the use of medication under the care of a doctor.

Howe overruled the superior court’s decision in the case.

Gunnigle said it was notable that the appeals court had issued a full opinion on Ridgell's case, rather than just a minute entry with their decision. “They clearly thought this was an important enough case,” she said, one that could “influence other cases.”

But the case may not yet be over, Gunnigle cautioned.

DCS says, "The Department is reviewing the legal ruling and considering our legal options," which might include an appeal to the Arizona Supreme Court.
KEEP PHOENIX NEW TIMES FREE... Since we started Phoenix New Times, it has been defined as the free, independent voice of Phoenix, and we'd like to keep it that way. With local media under siege, it's more important than ever for us to rally support behind funding our local journalism. You can help by participating in our "I Support" program, allowing us to keep offering readers access to our incisive coverage of local news, food and culture with no paywalls.
Make a one-time donation today for as little as $1.