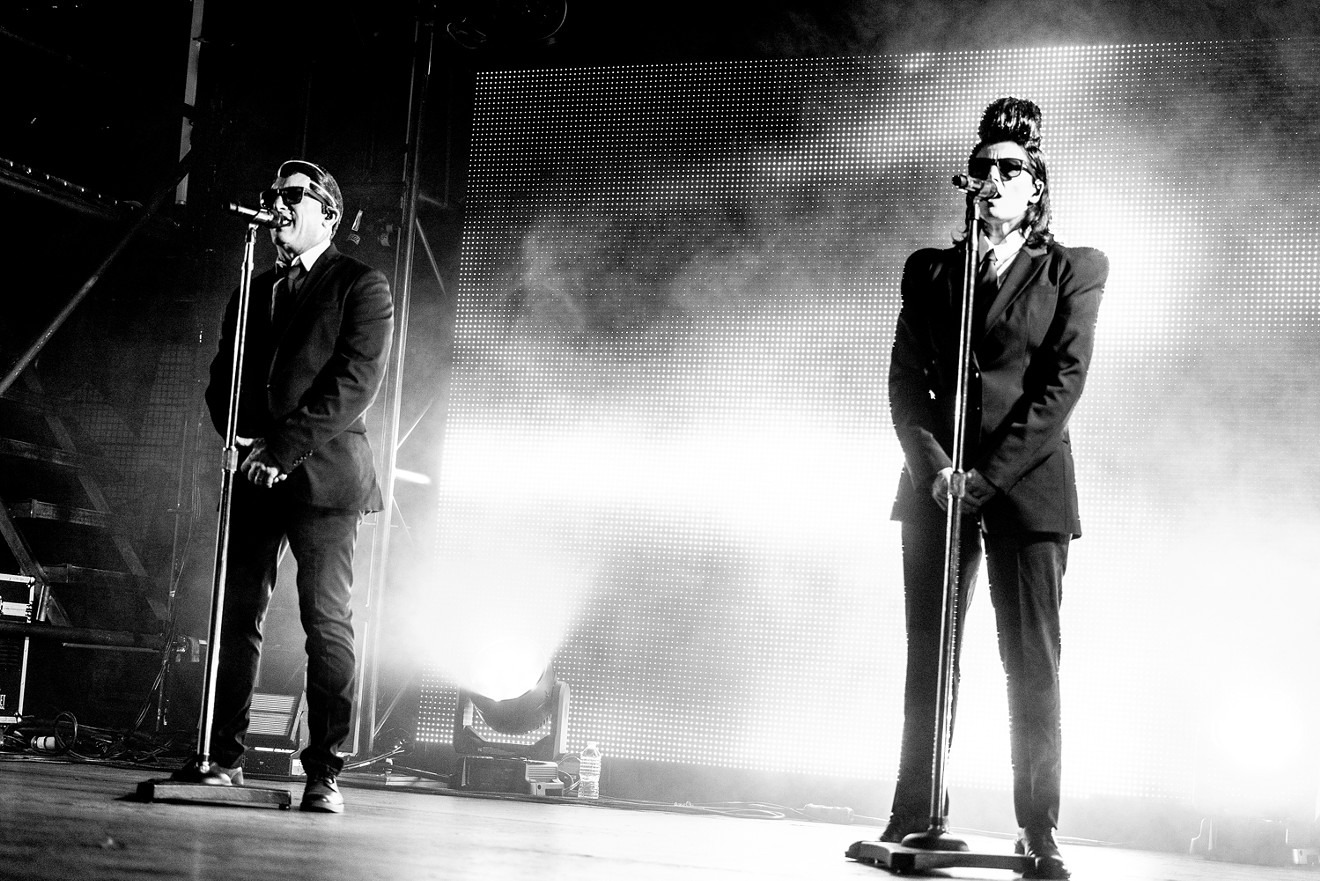 If you missed it, or if you want more, you're in luck: The band announced today that it was extending its Existential Reckoning Tour, and two Arizona shows are among the new dates.

Puscifer will play at Linda Ronstadt Music Hall in Tucson on Thursday, October 20, and Tuesday, November 22, at the Yavapai College Performing Arts Center in Prescott. Night Club, a Los Angeles-based, dark electronic music duo, will open on both dates.

Tickets go on sale on the Live Nation website at 10 a.m. this Friday, July 15.

The video for the reimagined "Bullet Train to Iowa," directed by Meats Meier, was released this morning. Check it out below: