There'll Be Two Record Store Days in Phoenix This Year 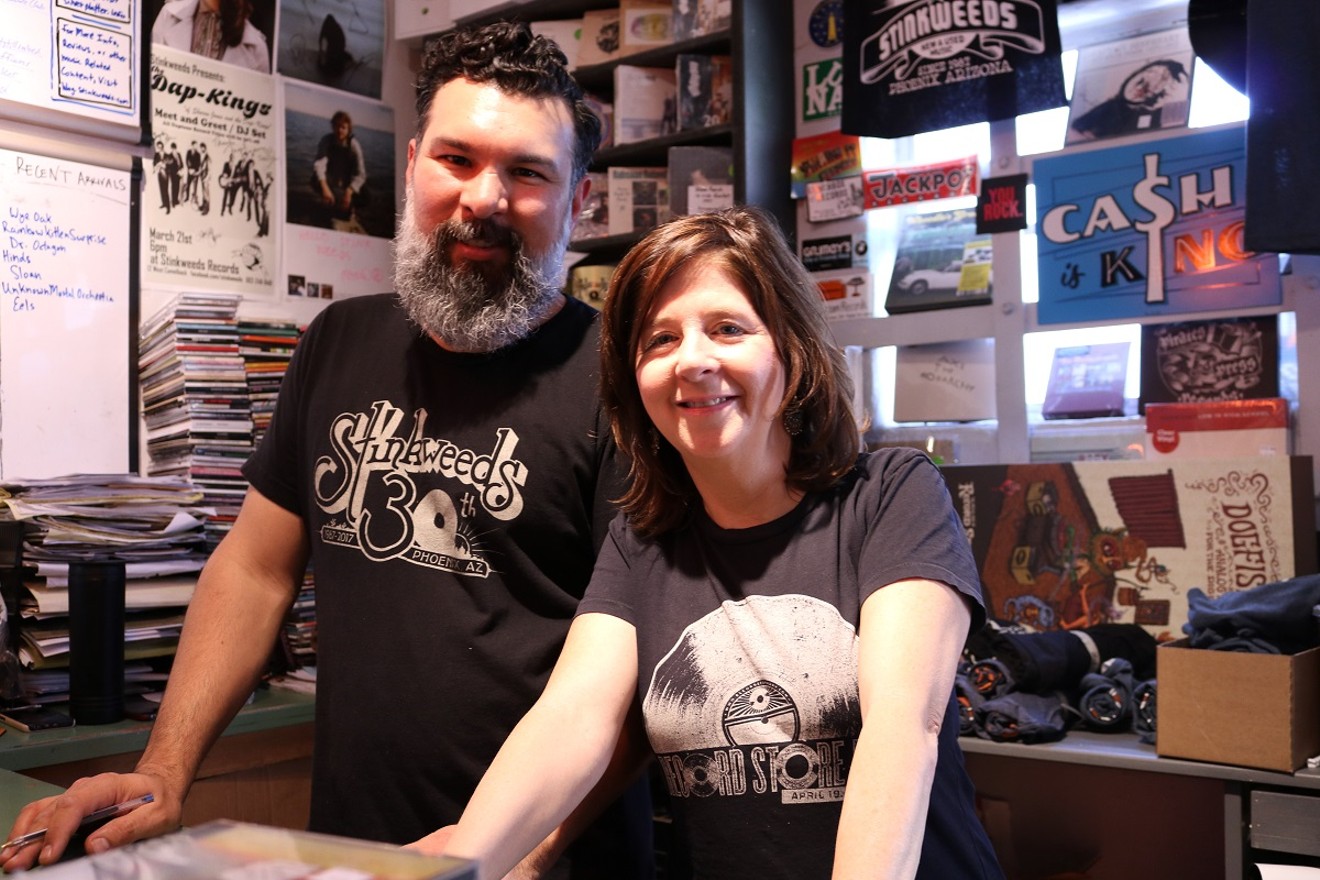 Dario Miranda (left) and Kimber Lanning enjoying a pre-pandemic Record Store Day at Stinkweeds. Michelle Sasonov
Vinyl geeks accustomed to making an annual Record Store Day pilgrimage will have to roll with the flow again this year, as organizers continue to plan around the pandemic. Record Store Day is happening on June 12 and July 17 this year, rather than a single day.

It’s a way to keep crowds at bay while still supporting the local vinyl scene, according to Jarrett Hankinson, CEO and general manager for Zia Records, which has multiple metro Phoenix locations. “The goal is to put this on as safely and organized as humanly possible,” he says.

Record Store Day started in 2007 as a way to highlight and support independent record shops. Typically, it happens on a single day in April. But organizers broke that mold last year, replacing it with a trio of Record Store Days on August 29, September 26, and October 24. Some local stores participated in all three; others skipped the events altogether. 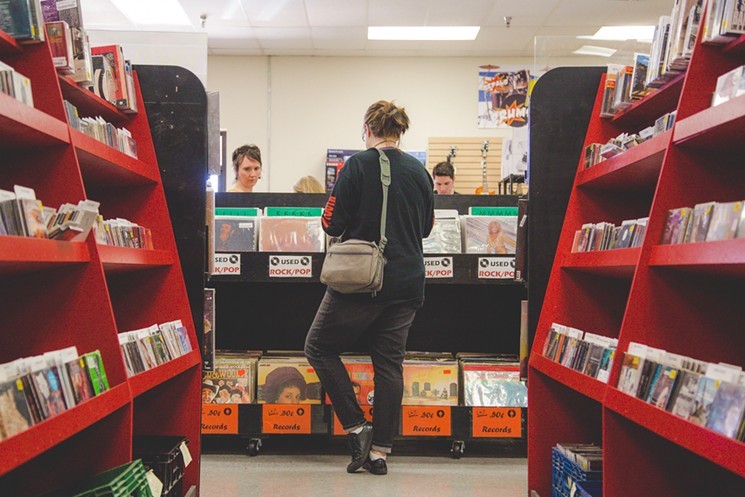 Customers browsing at Zia Records on Mill Avenue in Tempe.
Jacob Tyler Dunn
Hankinson says the three-day format was a success, bringing 50 to 100 customers to the store those mornings, and robust online sales. Even so, he misses aspects of Record Store Days they’ve temporarily nixed due to COVID-19 concerns. “We loved doing more celebratory things in the past, like bringing in live bands or local charities,” he says.

Last year, metro Phoenix stores took different approaches to Record Store Day. Asylum Records in Chandler had guest musicians who signed autographs and posed for masked photos. Stinkweeds on Camelback Road did all its orders online or by phone, then let locals pick up their purchases on site.

Stinkweeds will do a similar thing this year, according to longtime staffer Dario Miranda. “We still don’t feel comfortable planning any big events,” he says. Still, Miranda is expecting a positive experience this year. “Last year was great; every year we’ve been lucky enough to outdo ourselves on Record Store Days.”

At this point, it’s too early to know what Record Store Day titles will be available. Organizers haven’t released the list of exclusive offerings, which means record stores haven’t been able to put in orders for the selections they want to have on hand. “I’m really looking forward to seeing that list,” Miranda says.

In the meantime, Miranda is feeling encouraged by people showing a strong interest in vinyl culture during the age of COVID-19. “We’re seeing a lot of new customers, selling a ton of record players, and noticing more interest in weirder music instead of popular records.”

For Miranda, Record Store Day is just one more way to help people feel the local vinyl love. “People seem to really need their music right now.”
KEEP PHOENIX NEW TIMES FREE... Since we started Phoenix New Times, it has been defined as the free, independent voice of Phoenix, and we'd like to keep it that way. With local media under siege, it's more important than ever for us to rally support behind funding our local journalism. You can help by participating in our "I Support" program, allowing us to keep offering readers access to our incisive coverage of local news, food and culture with no paywalls.
Make a one-time donation today for as little as $1.