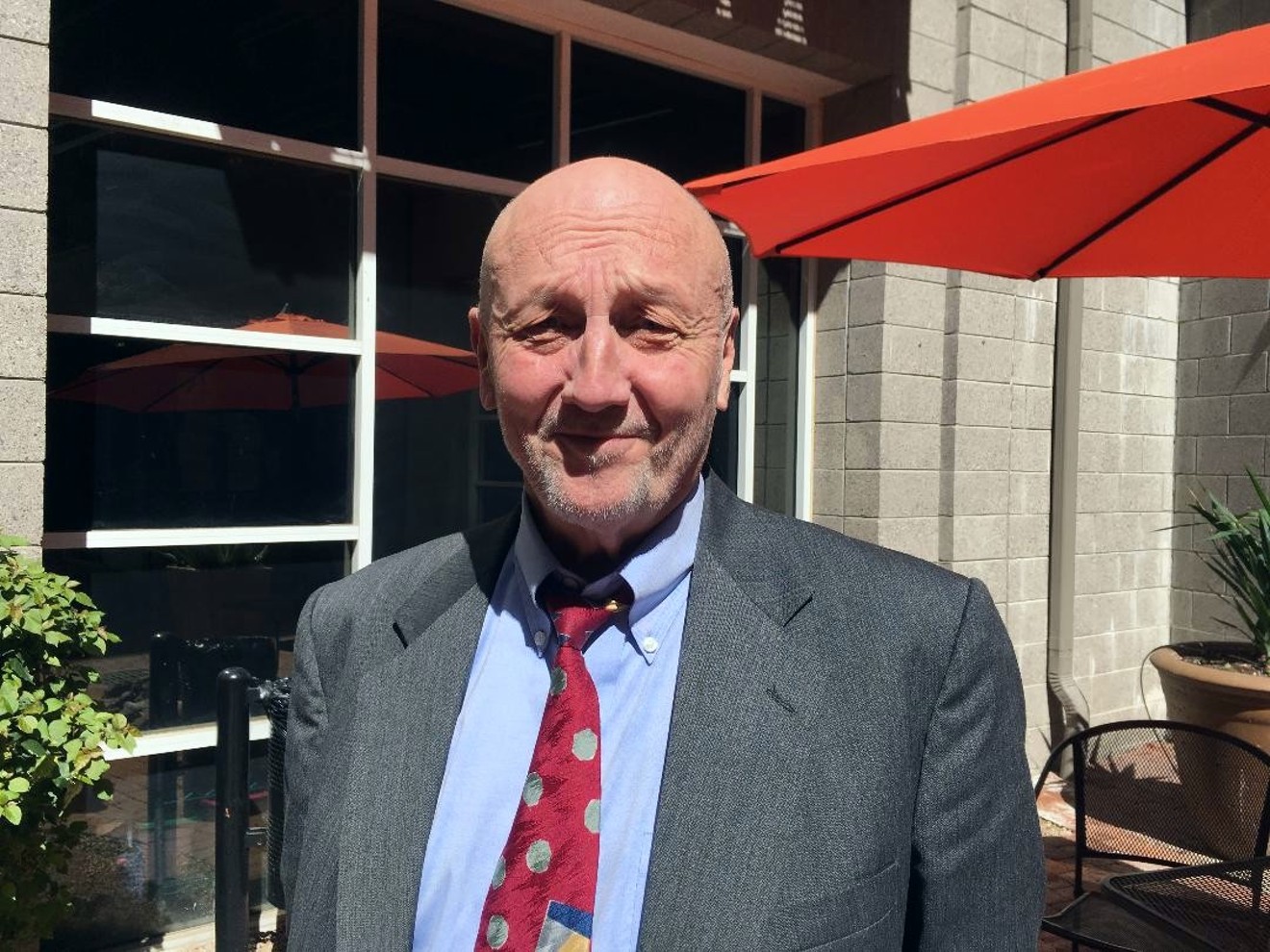 Independent newsman David Morgan has delivered another wallop to the snout of the Cochise County Attorney's Office with a rolled up copy of the U.S. Constitution.

On June 13, a three-judge panel of the Arizona Court of Appeals ruled in favor of the former publisher of the news site, the Cochise County Record, and against County Attorney Brian McIntyre's effort to force Morgan to censor his Facebook group, “Cochise County Courts, Crime, Jail, Justice & Politics.”

As I explained in a March piece for Phoenix New Times, McIntyre wanted Morgan to unpublish a link to the full, unredacted grand jury transcript involving a local homicide from a report Morgan filed in October 2017. McIntyre claimed Morgan was in violation of an Arizona statute mandating grand jury secrecy. In his defense, Morgan cited the First Amendment and U.S. Supreme Court precedents forbidding such "prior restraint," save in the most extreme circumstances.

In March 2018, a lower court found that Morgan had obtained the grand jury transcript lawfully from the attorney in the homicide case and that, yes, the First Amendment did shield Morgan from censorship. The court denied McIntyre's request for a preliminary injunction against the publisher.

But the appeals court also left McIntyre holding an empty bag of rocks, informing him that his request did not meet the legal standard for a preliminary injunction, which includes demonstrating a strong likelihood of success on the merits of his case.

Writing for the majority, Appeals Court Judge Philip Espinosa chided the county attorney's office, noting that it "has not demonstrated how a violation of [the grand jury statute] would authorize an injunction after the protected material has been made public."

As for the other statutes involved, regarding the release of grand juror names and images of victims (there was one photo of the murder victim attached to the grand jury transcript), they regulate the conduct of government officials, not of private citizens, Espinosa wrote.

Technically, McIntyre could choose to pursue the underlying civil case and gear up for a lower court trial on the merits. But that would risk the possibility of the county attorney ending up a three-time loser at the hands of an amiable amateur who has no formal legal training and yet represented himself, both in his pleadings and during the initial two-day hearing in Bisbee.

Morgan also wrote his own response to McIntyre's appeal, and was planning to represent himself if the high court granted oral arguments, which it did not do.

The county attorney also could tempt fate by bringing a criminal charge against Morgan, but when I reached McIntyre by email recently, he wisely seemed inclined to let the matter slide.

"At this point, I don't believe criminal charges for the prior event would be appropriate," McIntyre wrote. "We will evaluate any future dissemination [of grand jury materials] on a case by case basis."

The county attorney could offer no estimate to the amount of time spent on the Morgan affair, but justified it as an attempt to protect the integrity of the grand jury system.

Asked about the affront to the First Amendment, which he is sworn to uphold, McIntyre was judicious in his reply.

"The First Amendment does have recognized limitations," he stated. "We were attempting to enforce those limitations in the least restrictive manner."

He denied that, as a result of this case, there was a new, officewide policy dictating that defense counsel must agree to protective orders before receiving copies of grand jury transcripts and other evidence. Such orders, he said, would be sought on a "case by case basis," usually when a child sex crime is involved.

Morgan was clearly elated by his appeals court win when I contacted him by phone recently. I reminded him that this was the second time he had correctly predicted that he would prevail before the bar of justice.

"I got lucky again," he laughed. "It’s not really luck, but sometimes it’s hard to feel that way, because it’s hard to have complete trust in the system."

Granted, this second time around, the American Civil Liberties Union of Arizona and the First Amendment Clinic at Arizona State University’s Sandra Day O’Connor College of Law filed a joint amicus brief in support of Morgan on behalf of the ACLU, the Society of Professional Journalists, and the Reporters’ Committee for Freedom of the Press.

Both Kathleen Brody at the ACLU and Gregg Leslie, executive director at ASU's First Amendment Clinic, are to be congratulated for stepping into the breach. Though, of course, it was potentially Morgan's keister on the line, if the outcome had been different.

Back before Morgan had won his first round in Bisbee, I became aware of the case, and called and emailed a couple of prominent First Amendment attorneys in town, attempting to elicit their pro bono assistance to Morgan's cause.

Both know me. Maybe that's why one of them never responded. The other fellow, whom I also will not name, scoffed at the idea of coming to Morgan's defense. Morgan had published crime scene photos and other scurrilous material.

As for putting a whole grand jury transcript online, that simply isn't done, the lawyer told me.

Though I shouldn't have been, I was flabbergasted. The history of the First Amendment is rife with cases involving courageous individuals who defied the government's rules and then had the intestinal fortitude to stand pat when pressured by the state.

Morgan is one such individual, and you would be hard-pressed to find any other journalist in this state, particularly those who dwell beneath the shade of corporate influence, to push the boundaries as Morgan has done in this instance.

That's something this country needs more of, not less.
KEEP PHOENIX NEW TIMES FREE... Since we started Phoenix New Times, it has been defined as the free, independent voice of Phoenix, and we'd like to keep it that way. With local media under siege, it's more important than ever for us to rally support behind funding our local journalism. You can help by participating in our "I Support" program, allowing us to keep offering readers access to our incisive coverage of local news, food and culture with no paywalls.
Make a one-time donation today for as little as $1.