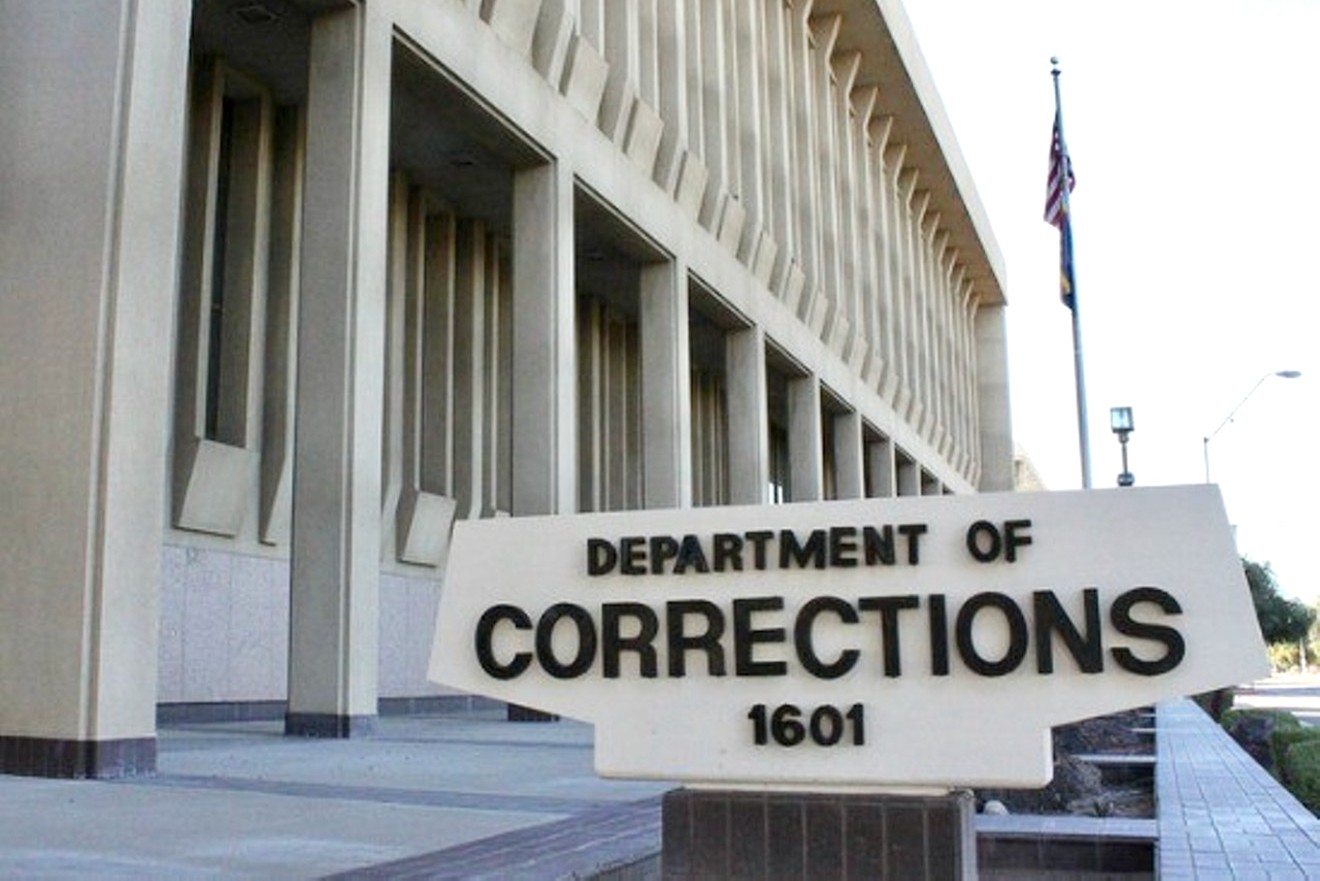 Murray Hooper is scheduled to be executed on November 16 and will be the third person put to death in Arizona in 2022. Matthew Hendley
After 39 years on Arizona's death row, the days are now dwindling for Murray Hooper.

On Wednesday, Hooper is scheduled to be the third person executed by the state of Arizona in 2022, some 42 years after the deaths of two people on New Year's Eve. After the 2014 botched execution of Joseph Wood, the state stopped executions for eight years. But in May, the state began carrying out lethal injections once again — and put Clarence Dixon and then Frank Atwood to death.

In Hooper's case, serious questions about the case still linger.

The 1980 murders of Patrick Redmond and his mother-in-law, Helen Phelps, shocked the city of Phoenix. The successful business owner, his wife, Marilyn Redmond, and Phelps were throwing a small New Year's Eve party at their home in north Phoenix when the house was raided. They were robbed, and Marilyn, Pat, and Phelps were shot in the head. Only Marilyn survived.

A police investigation exposed a wide-ranging criminal conspiracy behind Redmond's murder, involving two hitmen who flew in from Chicago — Hooper being one of them —  and a plot by a crime boss to take over Redmond's business.

But the police and prosecutorial misconduct that ran through the case was just as dramatic — "like something out of a crazy Hollywood movie," as Hooper's lawyer, Kelly Culshaw, described it to the Arizona Board of Executive Clemency in early November. Hooper, despite a lengthy early confession to police that was not presented at trial, now maintains that he is innocent. He was convicted of the murders in December 1982 and sentenced to death in early 1983.

Despite the misconduct — and despite efforts from activist organizations — Hooper's execution is proceeding as scheduled. On Monday, U.S. District Judge Stephen McNamee rejected a bid to allow fingerprint and DNA testing on evidence in the case, according to the Associated Press. 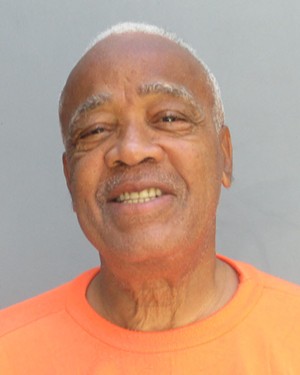 Murray Hooper is scheduled to become the third person to be executed in Arizona on Wednesday.
Arizona Department of Corrections
On November 3, the clemency board unanimously declined to recommend that his sentence be commuted to life after hearing from both Hooper's defense and the state. The board can submit such a recommendation to the governor, who then makes the final decision. Three out of four members of the board are former law enforcement officials, and the board has faced legal challenges for being essentially stacked with cops.

"Mr. Hooper's claims of innocence have been examined and reexamined extensively," Mina Méndez, a former assistant attorney general and the chair of the board, said at the hearing.

While lawyers for Hooper have filed a flurry of legal challenges to stay the execution over the last several weeks, none has been successful. Hooper will face the death penalty by lethal injection.

At the time of his death, Pat Redmond owned a successful printing company in Phoenix with a business partner, Ron Lukezic. It was Lukezic who had ties through his wife, Joyce, to a cast of characters involved in organized crime, according to prosecutors. One was Robert Cruz, a businessman who was charged with masterminding the Redmond murder but was ultimately acquitted after several trials.

The state's theory was that Cruz wanted Redmond killed in order to gain control of his shares of the business through his ties to Lukezic. Prosecutors alleged that Cruz paid three people — Hooper and William Bracy, who lived in Chicago at the time, and former Phoenix cop Edward McCall — to kill Pat Redmond.

Bracy, Hooper, and McCall were all convicted of the murders. Of the three men, Hooper is the only one who is still alive. After several trials, Cruz was acquitted, disappeared, and was found murdered a decade later. Joyce Lukezic, the wife of Redmond's business partner, was also eventually acquitted after originally being  convicted at trial for her role in the conspiracy.

Hundreds of pages of police reports submitted to the clemency board by prosecutors outlined the course of a messy investigation in the wake of the murders. Phoenix police detectives chased early leads after the shooting that ran into dead ends. Then they received an anonymous phone call from Valinda Harper, a woman who said she had information about the murders.

There was no real physical evidence that tied Hooper to the scene of the murder, and he would later claim that he was in Chicago on New Year's Eve, not in Phoenix. Three alibi witnesses — which the state discredits by saying they were all friends of Hooper's brother — attested to his presence in Chicago that day.

The case against Hooper and Bracy was based largely upon the testimony of Harper and a series of people she associated with: her roommate, Tina Marie Louie; her ex-boyfriend, George Campagnoni; and his associate, Arnie Merrill. The two men were business partners of McCall, and they blamed McCall, Bracy, and Hooper for the murders. Prosecutors alleged they were all involved, to varying degrees, in the plot to kill Redmond.

Harper and Louie told police that Hooper and Bracy had stayed with the two women just before the murders. Both said they had overheard whispers about the plot to kill Redmond. Campagnoni testified that he drove Hooper and Bracy to the airport after the murders to return to Chicago.

More evidence emerged. An employee of Cruz testified he bought two plane tickets from Chicago to Phoenix around New Years' Eve. Receipts from a drug store were recovered in McCall's car, and an employee at that store recalled three men buying surgical tape and gloves, apparently used in the killing. Campagnoni led police to a discarded holster that was identified as Redmond's.

Still, there were no fingerprints or DNA that tied Hooper to the crime. The only evidence that placed him in Phoenix on New Year's Eve was the testimony of his associates. Yet there was Murray's confession in which he told police investigators that "they gave me $10,000 for killing Redmond and his family."

Marilyn Redmond, who was shot but survived, was the state's star witness. She picked Hooper out of a lineup in Chicago and would go on to testify against him at trial.

The case, though, was tainted by "extensive misconduct that has occurred by both the state and police throughout this case," Nicole List, another attorney for Hooper, said at the clemency hearing earlier this month.

Hooper's defense called Harper and the other witnesses who came forward to the police "paid liars" for the state. The lead police investigator lied for informants at sentencing hearings in other cases in exchange for their testimony against Hooper, attorneys argued. The full scope of the misconduct did not emerge until after Hooper's trial.

Merrill, another witness against Hooper, received a series of benefits from the state for his testimony, including car payments and cash totaling more than $3,000. The lead investigator also escorted Merrill out of the jail for private visits with his wife and sometimes paid for hotel stays for the two of them.

The lead detective on the case "did not just use enticements to secure cooperation, he also used threats and intimidation," attorneys argued. The detective threatened to break a witness's legs if he didn't give a statement, Hooper's attorneys wrote in a recent brief to the clemency board.

And there are doubts about the testimony of Marilyn Redmond, who identified Hooper with certainty at trial. Redmond gave varying descriptions of the people who invaded her home. She first said there were three Black men in the home, then changed her story to one white man and two Black men. She also initially told police investigators she was too scared to look at them at all.

"Minimally, this board should have concerns about the quality of justice in these proceedings. He was beaten and abused in Illinois. He was brought to Arizona, where witnesses were paid," Culshaw told the clemency panel.

"If there's a scintilla of concern about the quality of justice in this case, the board should commute Mr. Hooper's sentence," Culshaw added.

Hooper did not testify on his behalf at the clemency hearing, and he did not reply to attempts by Phoenix New Times to contact him. At the hearing, prosecutors described him as a career criminal, someone involved in several murders, including the killing of a young woman in Chicago to which he pleaded guilty in 1968.

Now, Hooper, like most people on Arizona's death row, is in his late 70s. He has a pristine record in prison, where he has worked as a barber, according to records from the Arizona Department of Corrections.

"It has been way, way too long. Bracy is dead. McCall is dead. Hooper is the last one left. He has been allowed the privilege to age. Something that he denied Pat Redmond and Helen," Kirsten Valenzuela, a prosecutor with the Maricopa County Attorney's Office, said at the clemency hearing in early November.
KEEP PHOENIX NEW TIMES FREE... Since we started Phoenix New Times, it has been defined as the free, independent voice of Phoenix, and we'd like to keep it that way. With local media under siege, it's more important than ever for us to rally support behind funding our local journalism. You can help by participating in our "I Support" program, allowing us to keep offering readers access to our incisive coverage of local news, food and culture with no paywalls.
Make a one-time donation today for as little as $1.