Arizona Will Execute Frank Atwood June 8. Who's Next? 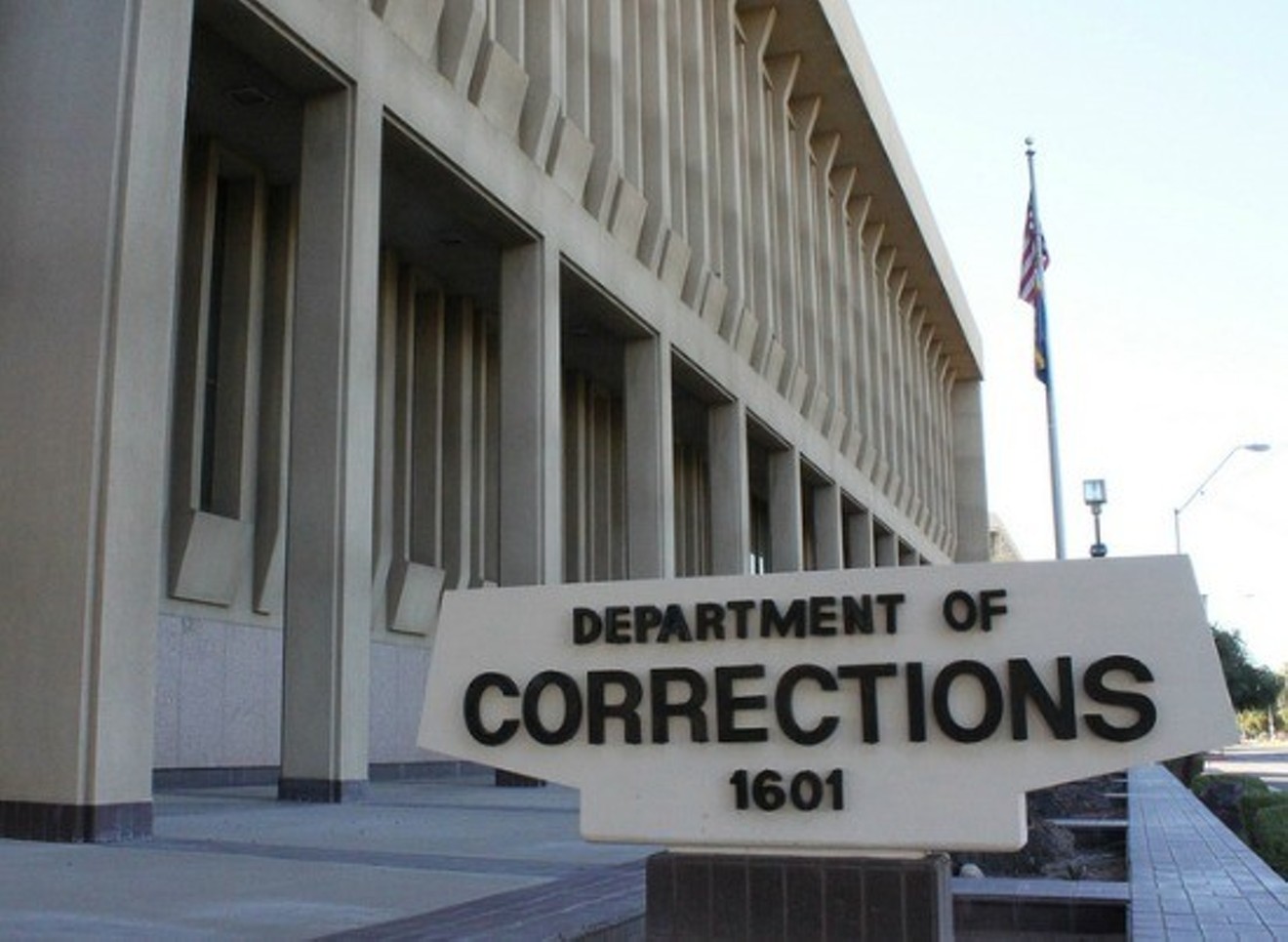 The Arizona Department of Corrections headquarters in Phoenix. Matthew Hendley
On May 11, the execution of Clarence Dixon marked Arizona’s return to the death penalty after nearly eight years.

The state had paused executions after the badly botched execution of Joseph Wood in 2014, which brought scrutiny and legal challenges to Arizona’s death row. Now, as Arizona Attorney General Mark Brnovich long promised he would, the state has brought back its death penalty.

On Wednesday, the state plans to execute Frank Atwood, a man convicted of kidnapping and murdering Vicki Lynne Hoskinson, an 8-year-old girl. Atwood’s attorneys have launched eleventh-hour appeals claiming that, due to a spinal condition, Atwood would suffer “excruciating and unnecessary” pain on a gurney.

A Ninth Circuit Court of Appeals judge rejected Atwood’s argument, saying that the state plans to provide Atwood accommodations on the execution table, and that that the Eighth Amendment — which prohibits cruel and unusual punishment — does not protect against pain during an execution unless it is “significant.”

Armed with that opinion, Arizona is on track to execute Atwood on Wednesday.
click to enlarge 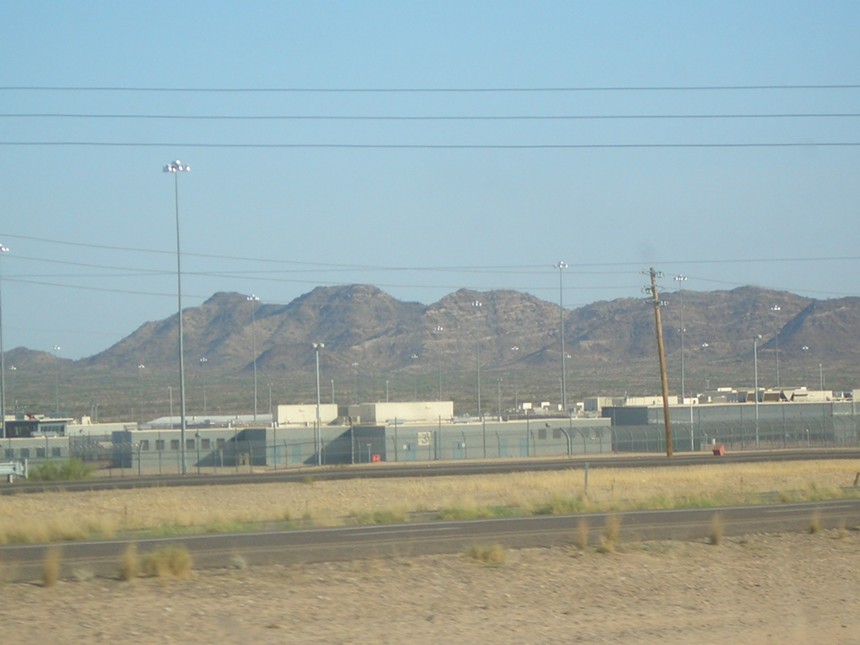 Clarence Dixon was executed at the Arizona state prison in Florence.
Wikimedia

No new death warrants — which set a date for an execution — have been issued since Brnovich announced that Dixon and Atwood would be the next to die.

In response to questions from Phoenix New Times about his plans, a spokesperson for the attorney general’s office provided the following statement from Brnovich: “I made a promise to Arizona voters that people who commit the ultimate crime get the ultimate punishment. I will continue to fight every day for justice for victims, their families, and our communities.”

There are 111 other people on Arizona’s death row. Twenty-two of them have exhausted their appeals, according to numbers the attorney general’s office provided to New Times late last month.

Most of them have been in line for decades. On average, those who have exhausted their appeals have spent 30 years on death row, Arizona Department of Corrections data show. None has spent less than two decades waiting for their executions.

Dixon and Atwood were responsible for some of the oldest crimes that yielded the death sentence in Arizona. Dixon murdered 21-year-old Deana Bowdoin in 1978, though he was not convicted of the crime for decades. Hoskinson, Atwood’s victim, disappeared in 1984.

For victims, the drawn-out legal process is painful. “It was way too long. This process was way, way, way too long,” Bowdoin’s sister, Leslie James, said in comments to the media after Dixon’s death. James was 23 when her sister was killed; she’s now nearly 70.

Here’s a look at some of the oldest cases on death row involving prisoners who could be next in line for execution. 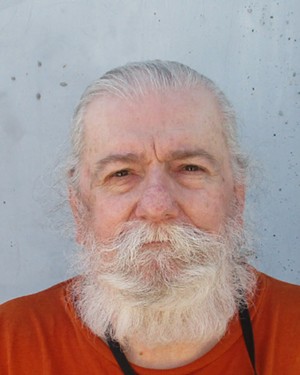 Smith was convicted of the gruesome murders of two women in 1976: Sandy Spencer and Neva Lee, who were found dead a month apart, both naked. Spencer was found in the Phoenix desert, while Lee was found on the Salt River Pima-Maricopa Indian Community reservation. They had died from asphyxiation after their mouths were stuffed with soil and taped. At the time, Smith was out on probation for sexual assault, and quickly became a suspect. After a bizarre partial confession, in which he said he watched a friend kill Spencer, Smith was convicted of both murders and sentenced to death for both in 1977.

Smith challenged his convictions successfully twice, claiming his counsel failed him at trial by presenting only scant sympathetic evidence — his history of mental impairment, for instance. Twice, a higher court ordered Smith to be resentenced, the second time because the court found Smith’s defense was ineffective. Twice, Smith was again sentenced to death.

Last month, the U.S. Supreme Court denied a petition by Smith to, again, overturn his death sentence. But, Breyer wrote, he believed issues lingered in Smith’s case. Smith had spent more than 40 years on death row — “almost all of that time in solitary confinement, alone in a cell hat measures 86.5 square feet, or roughly the size of a compact parking space.”

“I continue to believe that the excessive length of time that Smith and others have spent on death row awaiting execution raises serious doubts about the constitutionality of the death penalty as it is currently administered,” Breyer wrote.

An old mugshot of Ronald Williams.
Arizona Department of Corrections

Williams is another of Arizona’s longest-serving death row prisoners. He has spent nearly 40 years awaiting his execution for a 1981 murder.

That year, Williams was identified as a man roaming around a Scottsdale neighborhood. He attempted to rob a home, after asking the residents' elderly neighbors, John and Sylvia Bunchek, whether the house was vacant. When John Bunchek went to his neighbors' house to investigate, he was shot dead.

The possessions taken from the home were never recovered, and witnesses were divided over whether Williams was the man they had seen in the neighborhood that day. Another witness who did testify that she had seen Williams was unable to identify him in a lineup. But a gun in Williams’ possession was found to be the one that killed Bunchek. This, combined with a prior murder conviction, sealed his fate.

Williams did not have success over decades of appeals and requests for relief from the death penalty.

Interestingly, Williams is not currently in Arizona. According to the West Virginia Department of Corrections, he is being housed at the Mount Olive maximum security prison, serving out a life sentence he received prior to his Arizona conviction. According to local reports, he has an Xbox game system, and works as a prison janitor. 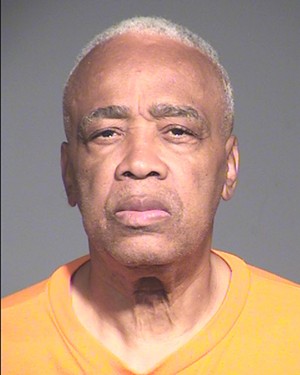 Murray Hooper
Arizona Department of Corrections
Hooper is awaiting execution for a 1980 crime. He was found guilty of acting as a hitman in a bizarre conspiracy that culminated in two murders that were orchestrated from Chicago.

In the prosecution’s theory of the case, crime boss Robert Cruz orchestrated the scheme from Illinois. The plot centered on a Phoenix-based printing company owned by two men: Patrick Redmond and Ron Lukezic, who had business ties to Cruz. When Redmond declined a business opportunity that Cruz had arranged in Las Vegas, Cruz decided he would kill him to take over his shares in the company.

Cruz offered multiple people $10,000 to commit the crimes. Ultimately, Hooper and two other men were hired. They flew to Phoenix from Chicago, prosecutors said, and killed Redmond and his mother-in-law as they prepared for a New Year's Eve party at their home. His wife also was shot, but survived to be a key witness against Hooper at trial.

Cruz himself had five trials in this case. He was initially sentenced to death, but that conviction was reversed. Then, Cruz had two mistrials. In his fourth trial, he was again sentenced to death. This trial was overturned due to race-based jury selection, and in a fifth trial, Cruz was found not guilty.

Two years later, in 1997, Cruz disappeared and was found buried in rural Illinois. The wife of Lukezic, Redmond’s business partner, also was charged for the crimes. She, too, had more than one trial and was ultimately found not guilty.

Hooper, however, has not successfully challenged his conviction. It was based on testimony from Redmond’s surviving wife and people who said Hooper and his fellow hitmen discussed the crime when the pair stayed in Phoenix with the witnesses for the prosecution. 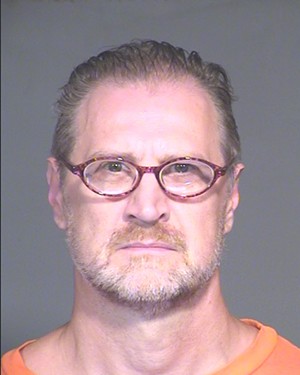 Another one of Arizona’s oldest death row prisoners, Michael Apelt also was convicted in a bizarre conspiracy that ended in murder.

The theory of the case was as follows: In 1988, Apelt and his brother Rudi were German citizens living in the Southwest, flitting between San Diego to Phoenix. Michael Apelt married a woman, Cindy Monkman, shortly after he met her, mostly so that he could keep his work visa in the U.S. He moved into an apartment with her, and less than two weeks after the marriage, in early November, got her to sign a $400,000 insurance policy.

Just days after the policy was approved, in late December 1988, Monkman was found in the desert, dead from stab wounds. A New Times cover story from 1994 documented the failures of insurance agents to heed any of the warning signs in the case.

Despite attempts to conceal the crime — including a fake confession sent to law enforcement anonymously — both Apelt and his brother were convicted, and Michael Apelt was sentenced to death.

Execution or not, time is running out for the prisoners. Smith, Williams, and Hooper are in their 70s, and have now spent most of their life on death row.

Arizona executions are typically the province of the elderly nowadays.
KEEP PHOENIX NEW TIMES FREE... Since we started Phoenix New Times, it has been defined as the free, independent voice of Phoenix, and we'd like to keep it that way. With local media under siege, it's more important than ever for us to rally support behind funding our local journalism. You can help by participating in our "I Support" program, allowing us to keep offering readers access to our incisive coverage of local news, food and culture with no paywalls.
Make a one-time donation today for as little as $1.