Phoenix to Set Its Sights on an Airport Hotel Contract in 2020, City Confirms 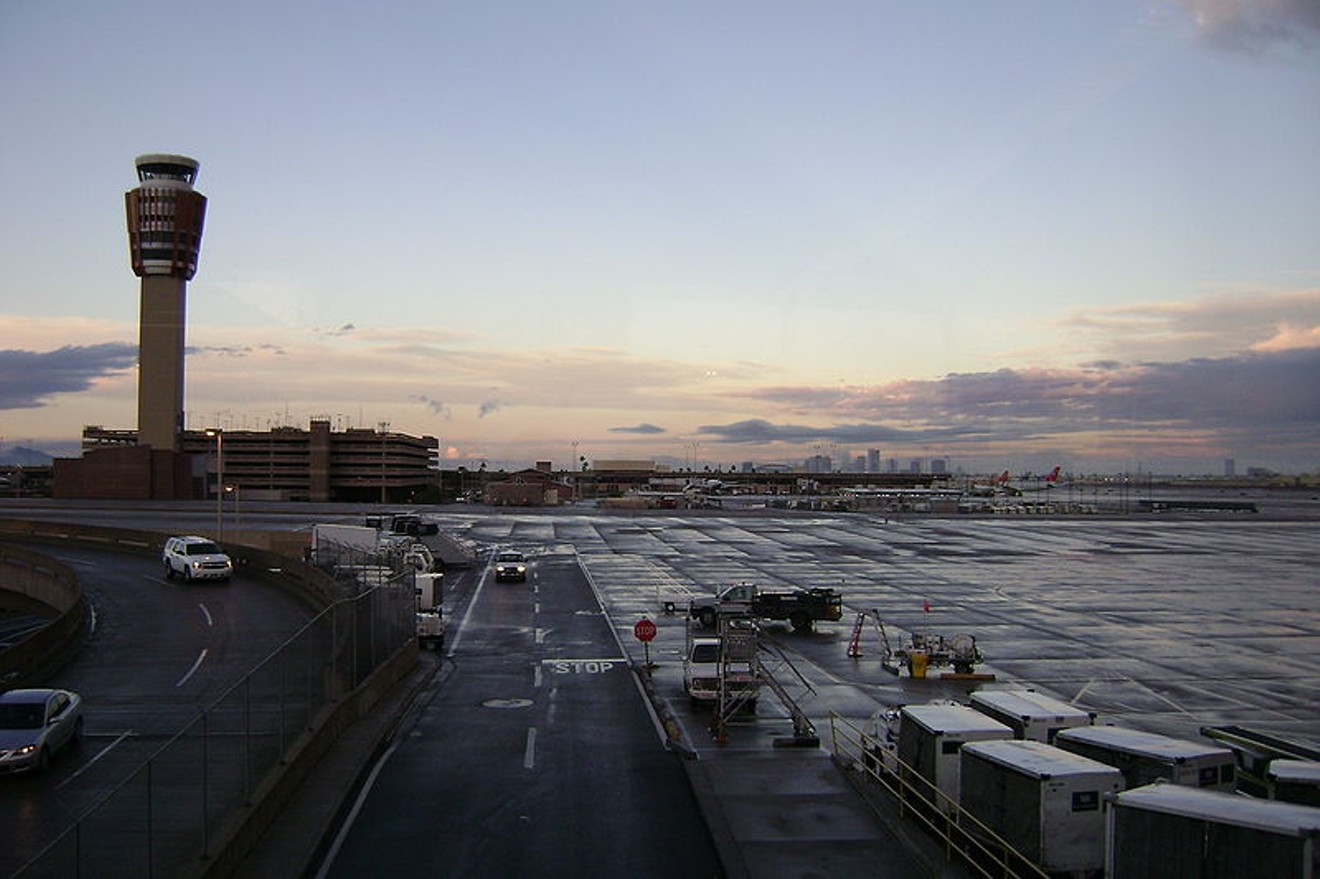 Phoenix has big plans for Sky Harbor International Airport in 2020, Phoenix New Times has learned. K50 Dude
In 2019, Phoenix became the fastest-growing city in the United States — nestled inside what’s been the nation’s fastest-growing county for the last three years running.

Fittingly, in 2020, the city will launch a project to build a symbol of such development: an airport hotel.

In the first quarter of the new year, the city of Phoenix will begin soliciting proposals from companies who want to build, operate, and maintain a hotel at Phoenix Sky Harbor International Airport, a spokesperson for the city confirmed to Phoenix New Times on Tuesday.

Located on 24th Street and Buckeye Road on the west side of the airport, it would be about a mile from the nearest terminal.

It's part of a larger plan for a PHX Sky Train extension that will result in a transit hub at that intersection. Parking will be an option there, too. Phoenix will be seeking a public-private partnership with a company that can operate all of the parking at the airport, said Heather Shelbrack, Phoenix public information manager.

The plans for this hub — which Phoenix is calling the West Ground Transportation Center — have been in the works since at least 2017, according to Shelbrack. That’s when the city issued a request for information to gauge initial interest from companies that could take on such a project.

But the decision for who gets the contracts won’t be made until after the city’s official solicitation goes live early next year, Shelbrack said. At that time, the public will know more details about the size and budget, too — the city declined to answer questions about how much the project will cost.

The city of Phoenix already owns the property where the transportation center will go. Veolia Transportation Joint Venture, the company currently operating on the property, declined comment.

Sky Harbor is the 11th-busiest airport in the United States, and served almost 45 million passengers in 2018, according to city data.

(Correction: A previous version of this story erroneously wrote that this would be the airport's first-ever hotel. The story has been corrected to reflect that this is not the case, since there was a different hotel on airport property several decades ago.)

(Clarification: The story has been updated to reflect that the city hasn't chosen any single company to run the hotel or airport parking yet, but only identified potentially qualified developers.)
KEEP PHOENIX NEW TIMES FREE... Since we started Phoenix New Times, it has been defined as the free, independent voice of Phoenix, and we'd like to keep it that way. With local media under siege, it's more important than ever for us to rally support behind funding our local journalism. You can help by participating in our "I Support" program, allowing us to keep offering readers access to our incisive coverage of local news, food and culture with no paywalls.
Make a one-time donation today for as little as $1.
Ali Swenson was an editorial fellow for Phoenix New Times starting in 2019.