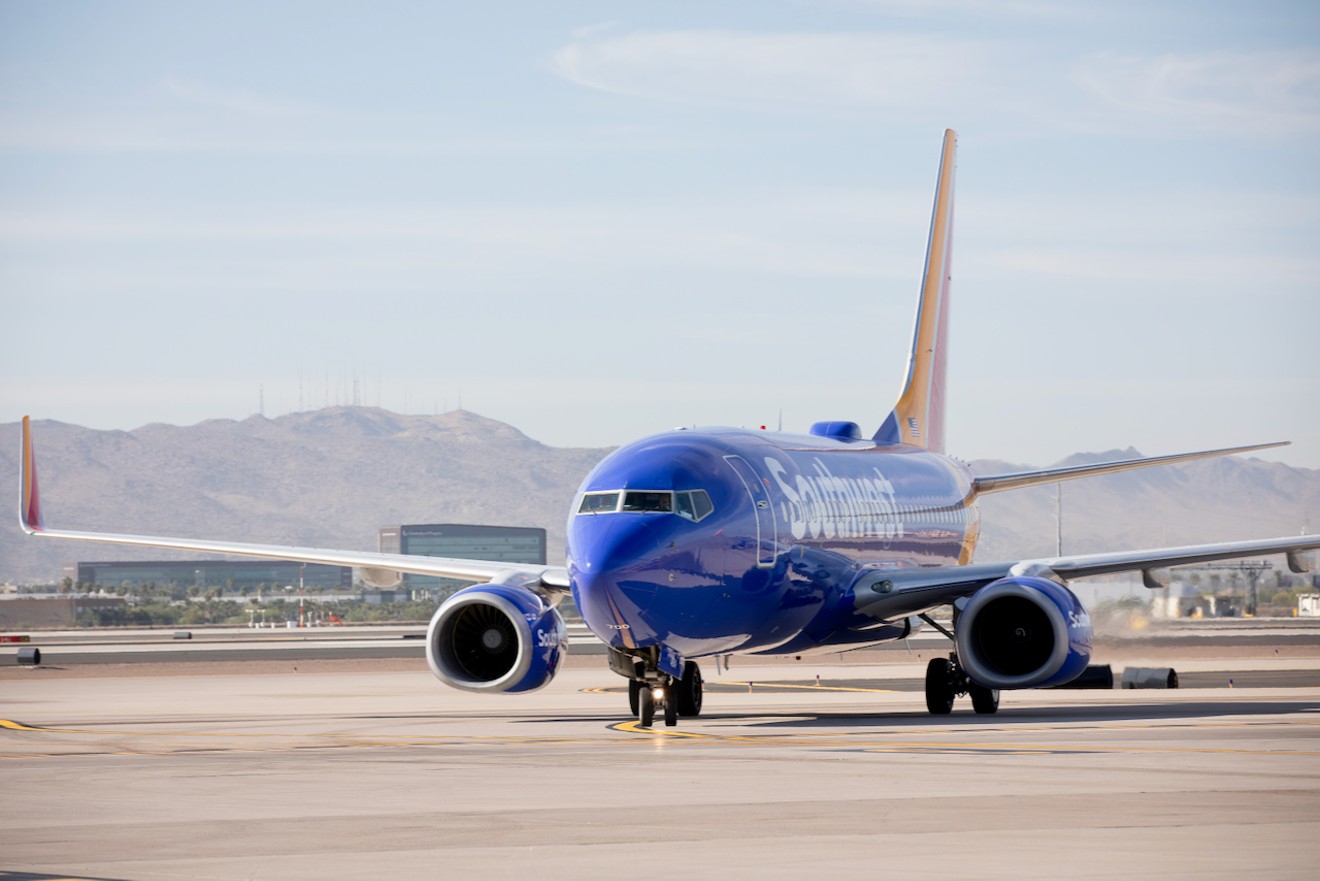 The Dallas-based airline mothballed 15,700 flights since December 22, first citing the wintry whiteout that walloped the country.

Winter Storm Elliott delayed flights from coast to coast, but by Monday, the nation’s airlines had pretty much made a full recovery. Except for Southwest.

In a statement released on Tuesday, the airline admitted its outdated flight scheduling technologies were pushed to the breaking point by “operational conditions” and unprecedented volume.

Southwest administers flights out of its hub at Dallas Love Field and 10 other operating bases around the country, including Phoenix Sky Harbor International Airport.

“We know this is unacceptable,” the fourth-largest airline in the U.S. conceded on Tuesday after scratching another 4,800 flights. Such a catastrophic scenario would bring attention at any point in the year, but it is especially conspicuous during the holiday season. For every canceled flight, dozens, or in some cases hundreds, of passengers tried to book new flights online or by phone. Those systems, too, became overtaxed, leading to a lack of answers and an increase in frustration.

In Phoenix, things are looking neither merry nor bright as the New Year — already among the six “worst travel days” of the year in the U.S. — fast approaches.

By 7 p.m. on Monday, Southwest canceled what was left of its departing flights in Phoenix. Some 272 Southwest flights were dropped throughout the day at Sky Harbor, according to airport data.

On Wednesday, the tracking website FlightAware reported the airline had again canceled more than half of its flights originating in Phoenix and delayed several of the remaining routes. That day, more than 98 percent of cancellations in Phoenix were Southwest flights.

Southwest canceled 182 flights on Wednesday. All of the 18 other airlines operating out of Sky Harbor canceled a combined three flights.

“We plan to operate a reduced schedule by flying roughly one-third of our schedule for the next several days,” Southwest Airlines spokesperson Alyssa Foster told Phoenix New Times. “The Southwest team is working to accommodate customers on available flights as soon as possible, and we apologize for the inconvenience to our customers.”

Two inconvenienced customers subjected to long lines at a Southwest ticket counter in Dallas on Tuesday were Ryan King of Tulsa and Jessica Van of Dallas. The pair were decked out in Oklahoma State University orange. They had tickets to fly to Phoenix to see their favorite football team play in the Guaranteed Rate Bowl on Tuesday night at Chase Field, but a delayed flight meant they were unlikely to arrive in time for kickoff.

Even worse, they had been told their return flight to Dallas on Wednesday had already been canceled.

The pair admitted on Tuesday they were still holding out hope for good results but had not been encouraged by how difficult it had been to contact anyone from the airline regarding either of their flights. In fact, they hadn’t yet been able to talk to anyone.

Thousands of other Southwest customers are stranded in airports and unfamiliar cities with no access to their luggage or even knowledge of where in the country it might be.

“Teams are finalizing a resource to provide additional assistance to customers with reuniting with lost or missing baggage,” Foster told New Times.

Past Few Days ‘A Nightmare’

While the airline has acknowledged the problems, customer service might be too little too late.

Southwest Airlines is under investigation by the U.S. Department of Transportation after the nationwide cancellations. The federal agency “is concerned by Southwest’s unacceptable rate of cancellations and delays, and reports of lack of prompt customer service,” it said in a Monday statement. “The department will examine whether cancellations were controllable and if Southwest is complying with its customer service plan.”

Here in Arizona, political leaders are also demanding answers from the airline, which carries more than 120 million passengers every year.

U.S. Representative Ruben Gallego, a Democrat from Phoenix, penned an angry letter to Southwest on Tuesday.

“We are now multiple days removed from the winter storm that your company continues to blame for canceled flights to Phoenix from cities like Tampa, Houston, San Diego, and El Paso,” Gallego wrote. “Stranded constituents are telling my office that they cannot get any answers.”

Gallego is seeking to help travelers from Arizona obtain refunds; compensation in the form of hotel rooms, rental cars, and cash; and promises from Southwest to do better in the future.

“For thousands of Arizonans, though, the past few days have been a nightmare,” Gallego wrote. “And at a time when rising costs hurt hardworking Arizonans, constituents tell me they now face hundreds of dollars in added expenses — such as hotels and car rentals — due to Southwest’s cancellations.”

For several of Southwest’s regular itineraries, American Airlines and United Airlines have set price caps in order to make their flights more affordable for delayed travelers, according to CNN.

U.S. Transportation Secretary Pete Buttigieg, who is leading the federal probe into Southwest’s “meltdown,” didn’t mince words in a Tuesday conversation with CNN.

“I made clear that our department will be holding them accountable for their responsibilities to customers, both to get them through this situation and to make sure that this can't happen again,” he said.
KEEP PHOENIX NEW TIMES FREE... Since we started Phoenix New Times, it has been defined as the free, independent voice of Phoenix, and we'd like to keep it that way. With local media under siege, it's more important than ever for us to rally support behind funding our local journalism. You can help by participating in our "I Support" program, allowing us to keep offering readers access to our incisive coverage of local news, food and culture with no paywalls.
Make a one-time donation today for as little as $1.
Elias Weiss is a staff writer at the Phoenix New Times. A native of Charlotte, North Carolina, he reported first for the Northwest Arkansas Democrat-Gazette and was editor of the Chatham Star-Tribune in Southern Virginia, where he covered politics and law. In 2020, the Virginia Press Association awarded him first place in the categories of Government Writing and Breaking News Writing for non-daily newspapers statewide.
Contact: Elias Weiss
Follow:
Twitter: @ecweiss