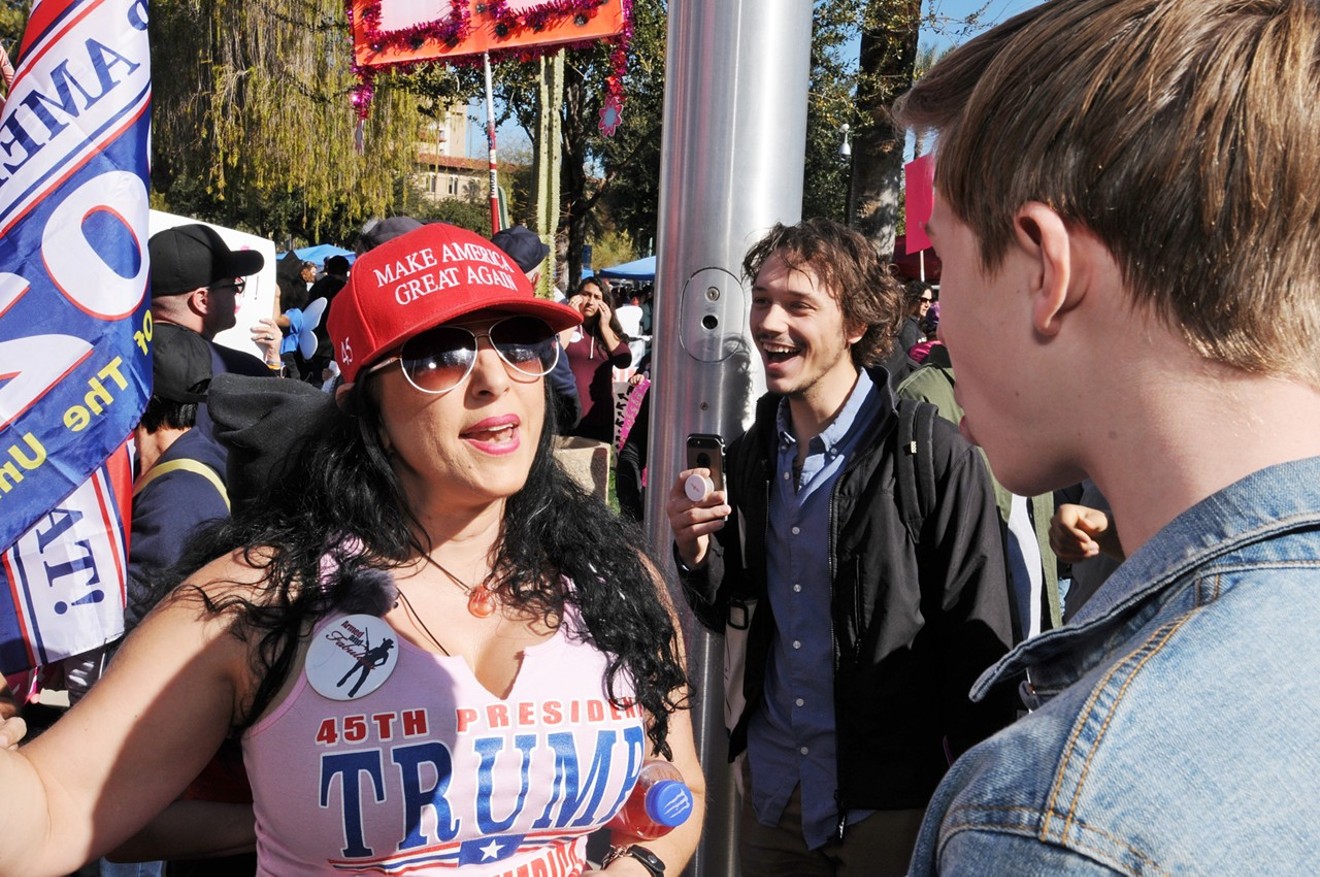 AZ Patriots leader Jennifer Harrison is at large and wanted by police.


Harrison, who led protests against illegal immigration and rallied against government restrictions in response to the global pandemic, is facing criminal charges when the Tempe Police Department tracks her down.


AZ Patriots is an “anti-immigrant and anti-Muslim extremist group,” according to the Southern Poverty Law Center. Harrison made a name for the organization with her guerrilla anti-protests, antagonizing protesters with opposing views and posting videos of the altercations on Facebook.


In 2019, she joined the Arizona Republican Party as a precinct committee member.


AZ Patriots members have often bragged about “triggering liberals.” On Sunday, Harrison triggered an investigation into her role in an attack on protesters at a women’s rights rally in Tempe in response to the recent Supreme Court decision to overturn the landmark Roe v. Wade decision.


According to Tempe police, community members were demonstrating at Mill Avenue and University Drive "when a subject deployed what appeared to be pepper spray from a vehicle toward members in the crowd."


At the time, the department did not name a person of interest. But after a flurry of photos and videos of the attack surfaced on social media, Tempe cops announced Thursday they are “actively attempting to locate Jennifer Harrison, so that she can be arrested and criminally charged for her involvement.”


The police department declined to share what those charges will be.


Around 9:30 p.m. Sunday, Harrison was seen spraying abortion-rights protesters and their children with bear mace from inside her vehicle at a small demonstration during the Tempe Beach Park Fourth of July celebration, according to police.


Some of the victims sought medical treatment after the incident, the Arizona Republic reported.


Witnesses failed to corroborate that anyone had reached inside Harrison’s car.


It’s not the first time Harrison has been involved in an incident involving pepper spray.


She was not charged in that altercation. But six months later, Harrison was arrested on suspicion of identity fraud after using 45,000 of her former father-in-law's reward points to book a hotel room in Northern California to attend a music festival with Pavlock.


She took a deal to avoid felony charges.


“This remains an ongoing investigation,” the Tempe Police Department said in a statement of Sunday’s incident. “No further information is available.”