Taco Summer: The Restaurant That Brings a Taste of Guadalajara to Tolleson 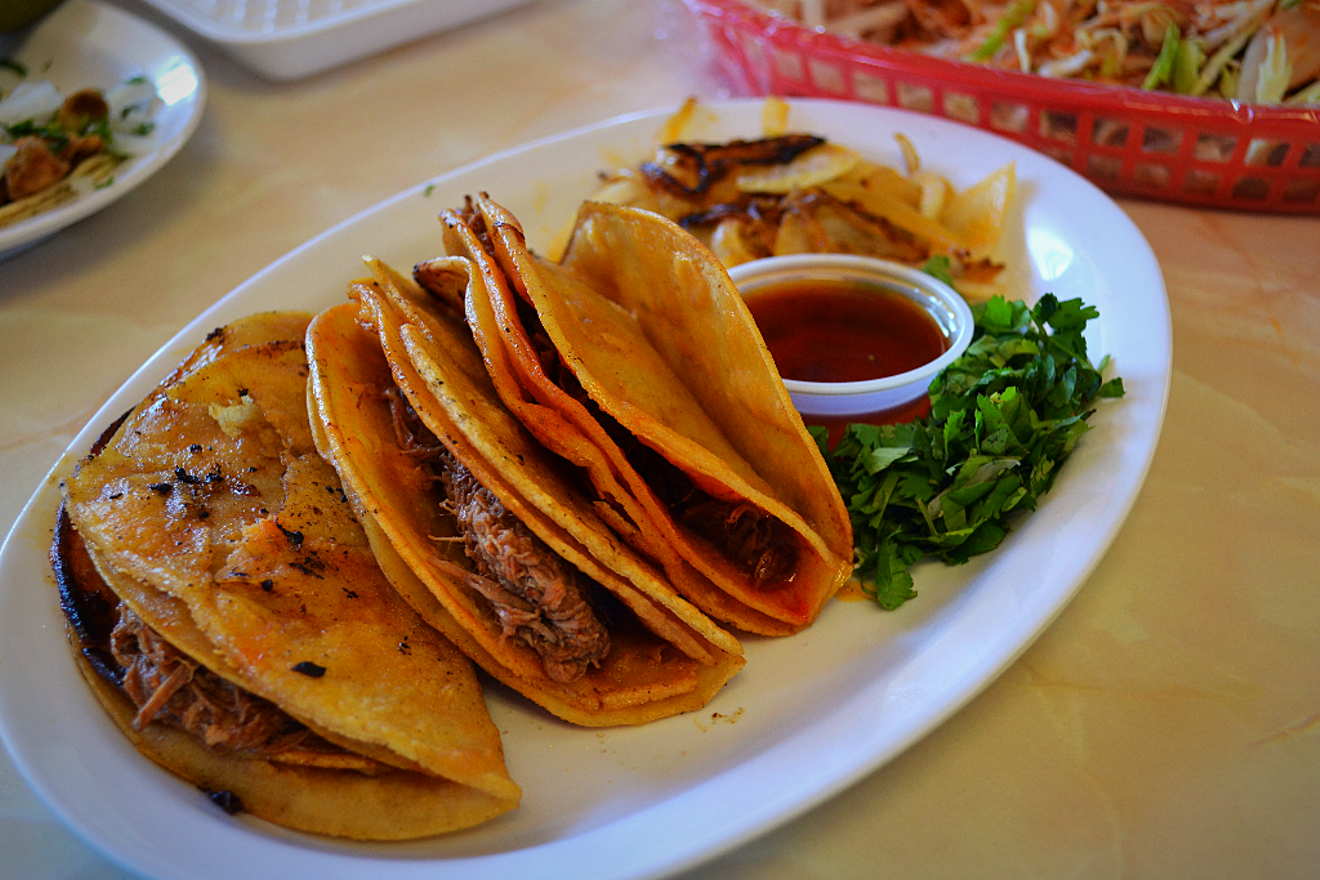 Have you tried these crispy barbacoa tacos? Patricia Escarcega
In the hunt for the latest trendy restaurants, our spotlight often misses neighborhoods that are home to some of the Valley's best kitchens — including those making metro Phoenix's best tacos. Over the next several weeks, we’ll be guiding you toward the Valley’s tastiest tacos, and the taquerías that serve them. Welcome to Taco Summer.

The Mexican state of Jalisco has given the world many quintessentially Mexican delicacies, including tequila, birria,
and tortas ahogadas. These "drowned" tortas, staples of the capital city of Guadalajara, are porky, fiery, flavor bombs of sandwiches, which are traditionally smothered in a lip-numbingly hot chile de arbol salsa.

Tortas ahogadas are the marquee specialty at Tortas Ahogadas George, a friendly counter-service restaurant that opened in Tolleson last year. But if tacos are more your speed, the menu at Tortas Ahogadas George is pretty extensive. You'll find nearly 20 different taco meats available on most days, plus two specialty tacos that feel designed to transport you to the streets of Guadalajara.

Maritza Santoyo, who owns and operates Tortas Ahogadas George with her husband, Jorge (also known as George), says that the pair got their start in the food business by specializing in tacos de barbacoa and tacos dorados, both staples of their native city.

"We didn't find much food from Guadalajara here," says Santoyo, whose family previously lived in Southern California. "So we specialized in tacos estilo Guadalajara." 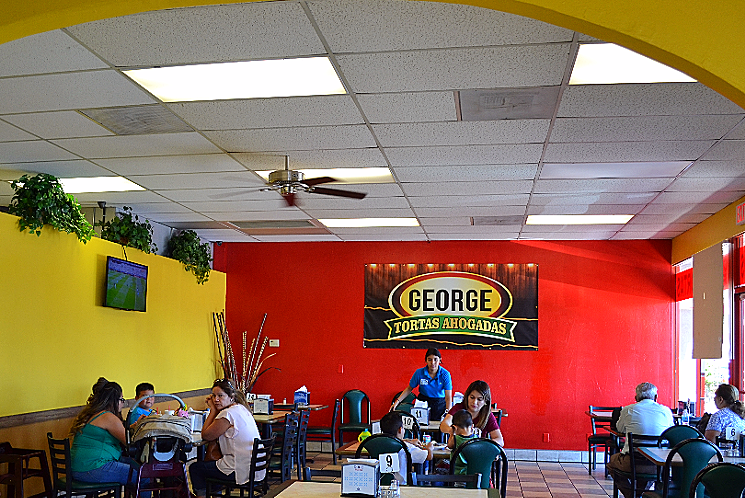 The colorful dining room at Tortas Ahogadas George in Tolleson.
Patricia Escarcega
The restaurant makes tacos de barbacoa in traditional Guadalajara fashion, meaning they're stuffed with carne de res adobada, a finely shredded, chile-sluiced beef. The tacos are pan-fried, often dampened slightly in their own sauce, and then finished off on the griddle. In the traditional street setting, you can request them crispy or slightly soft. At Tortas Ahogadas George, the texture vacillates between crispy and more blandito (soft), but what really makes them irresistible is the soft, spongey, lightly spiced shredded beef.

Tacos dorados are another house specialty, and you might think of these as the taco analog to the torta ahogada. Guadalajarans seem to have a fondness for drowning their food in chile sauce, and this dish is no exception. The crispy tacos soak in the fragrant, garlicky salsa and are stuffed modestly with soft, well-seasoned potatoes. From there, these tacos become DIY, in the sense that you have to stuff them yourself with bundles of saucy beef, sliced cabbage, and onions.

Much of the pleasure of eating at Tortas Ahogadas George has to do with devouring the chile-soaked taco shells and buns. So, when you're ready to shake up your taco-eating routine, Tortas Ahogadas George is a great spot for sampling cripsy, saucy, regional tacos that are otherwise hard to find up here in the Sonoran Desert. Our Taco Summer picks so far: