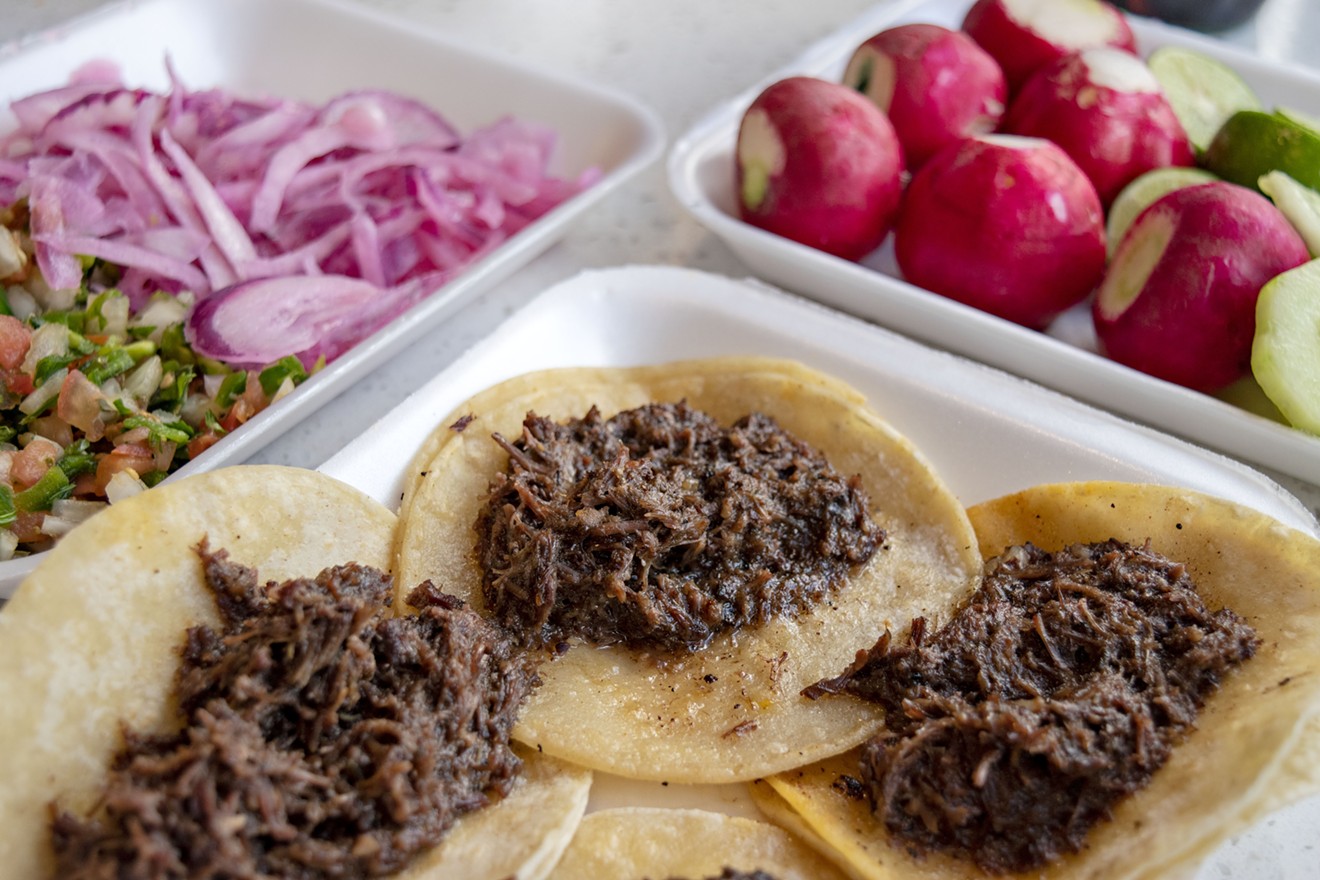 Freshly griddled vampiros are an ideal vehicle for tripas at Taco Boy's. Jackie Mercandetti Photo
A vampiro is a type of Sonoran taco. Conflicting stories on how these creations became known as vampiros litter the internet, but we're convinced it has to do with the fact that the tortilla has been sucked dry. Hence, vampire tacos. Either way, here are five places in metro Phoenix where you can get some.

620 East Roosevelt Street
At Taco Boy’s, a downtown taqueria wedged into the northwest crook of Roosevelt and Seventh streets, you’ll get six options for your choice of protein: carne asada, pollo, cabeza, pastor, barbacoa, and tripa. We recommend that last one. Tripa might take about 10 minutes, but it's the best choice for Taco Boy’s dainty vampiro, which a tortilla griddled until crisp. Hit that salad bar for all your favorite toppings, too. 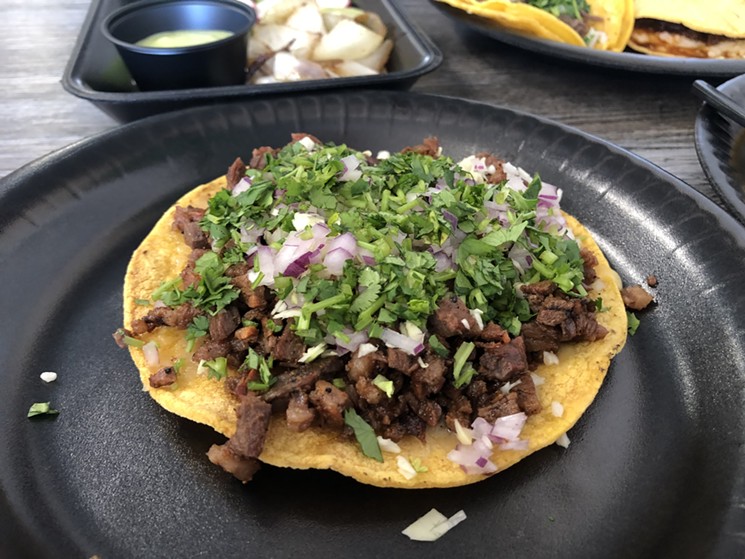 3004 East McDowell Road
Tacos Culichi, a casual Mexican eatery that opened in 2018 near a used-car lot on 30th Street and McDowell Road, prepares familiar Mexican dishes with a Culiacán accent. Here, you may choose from tacos, tostadas, quesadillas, burritos, mulas, and, of course, vampiros — which are strongly associated with Sinaloa. A heavy helping of meat (we recommend the carne asada) is spooned to a hardened tortilla, then loaded down more with diced onion, cilantro, and salsa.

254 East Buckeye Road
Vampiros are a smart order at south Phoenix's Taqueria La Hacienda, a Buckeye Road fixture that prepares a handful of meats served in a variety of ways. The tortillas beneath the meat are crisped into place, which cup the generous portions. Squeeze red and green salsa out of the bottles generously.

4602 South Central Avenue
Open until 1 a.m. on most nights (the exception is Sunday, when the truck closes down at midnight), Taqueria Tepehuaje is a longtime neighborhood food truck that's parked day and night near the corner of Central Avenue and Broadway Road. Highlights include street staples like vampiros — your choice of meat piled onto a thick, crisp, comal-toasted tortilla. 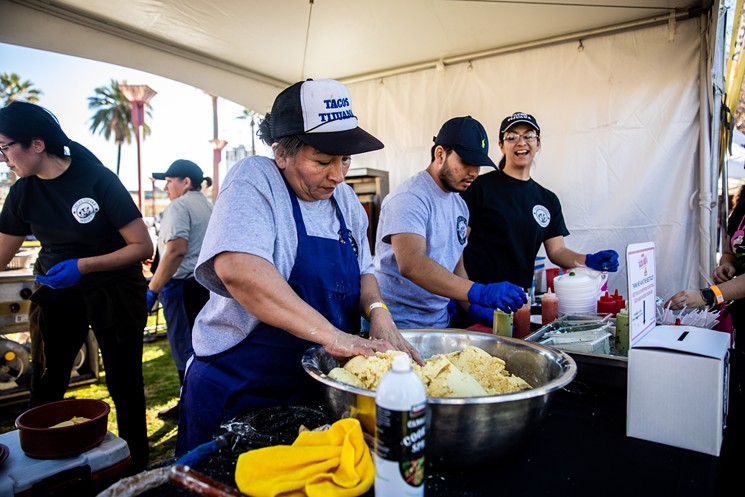 Multiple Locations
Tacos Tijuana — last year’s Best of Phoenix winner for top tacos — started as a food truck in the west Valley, though it now has five physical locations. Here, the vampiros come with two meat choices — carne asada or al pastor — that are piled upon an open crunchy tortilla with melted cheese. It’s topped with diced onions, cilantro, and guacamole if you wish.
KEEP PHOENIX NEW TIMES FREE... Since we started Phoenix New Times, it has been defined as the free, independent voice of Phoenix, and we'd like to keep it that way. With local media under siege, it's more important than ever for us to rally support behind funding our local journalism. You can help by participating in our "I Support" program, allowing us to keep offering readers access to our incisive coverage of local news, food and culture with no paywalls.
Make a one-time donation today for as little as $1.