1 of 44
Melissa Fossum
Spank sticks were in abundance.
Hustler Hollywood made its return to the Phoenix area on May 19, 2016, with the grand opening of its new Metrocenter location. Guests admired toys and won lots of goodies while waiting for Larry Flynt himself to appear and sign copies of the latest issue of Hustler.


That wasn't the only adult entertainment going down near Metrocenter, though. Less than a mile south at Castle Boutique, Ron Jeremy was also hanging out with fans.


All photos by Melissa Fossum.

The 2014 Gathering of the Juggalos Opens Up in Ohio (NSFW)

The fifteenth-annual Gathering of the Juggalos kicked off on Wednesday, July 24, 2014 at Thornville, Ohio's Legend Valley Music Venue, marking a… 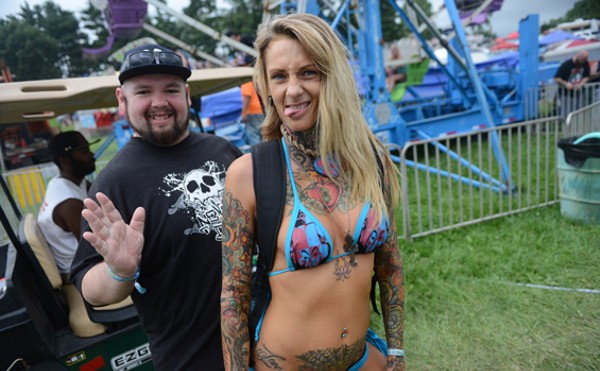 Every summer nudist expression meets critical mass for eco-friendly activism and a whole lotta fun. We toured the nation and came back…