The Final Four Invaded Phoenix Over The Weekend

1 of 47
Jim Louvau
Gonzaga's defense was too much for South Carolina.
The Valley hosted its first Final Four basketball tournament Saturday with two exciting games that came down to the wire. Gonzaga defeated South Carolina 77-73 in the first game and North Carolina edged Oregon 77-76 in the second game. Gonzaga and North Carolina face off tonight for the NCAA basketball crown. We captured the action on the court as well as the fans who attended the historical event. Photos by Jim Louvau.

The Art and Artists of Eye Lounge in Roosevelt Row

The Phoenix-based Eye Lounge artist collective is marking its 20th anniversary, which makes it a great time to look back at some…

Local artists have a long history of making murals that reflect social justice themes. Here's a sampling of murals tackling issues from…

College basketball aficionados from throughout Arizona flocked to Phoenix Convention Center for the Final Four Fan Fest, a four-day extravaganza from Friday, March… 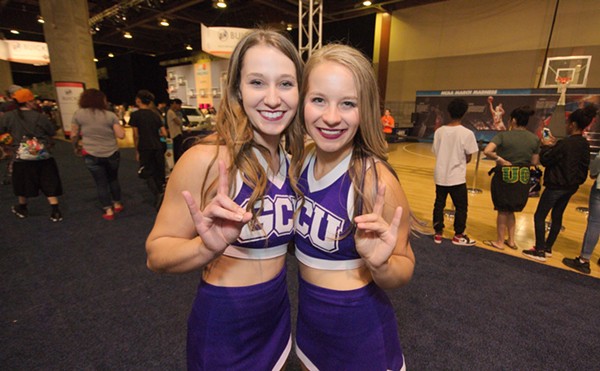