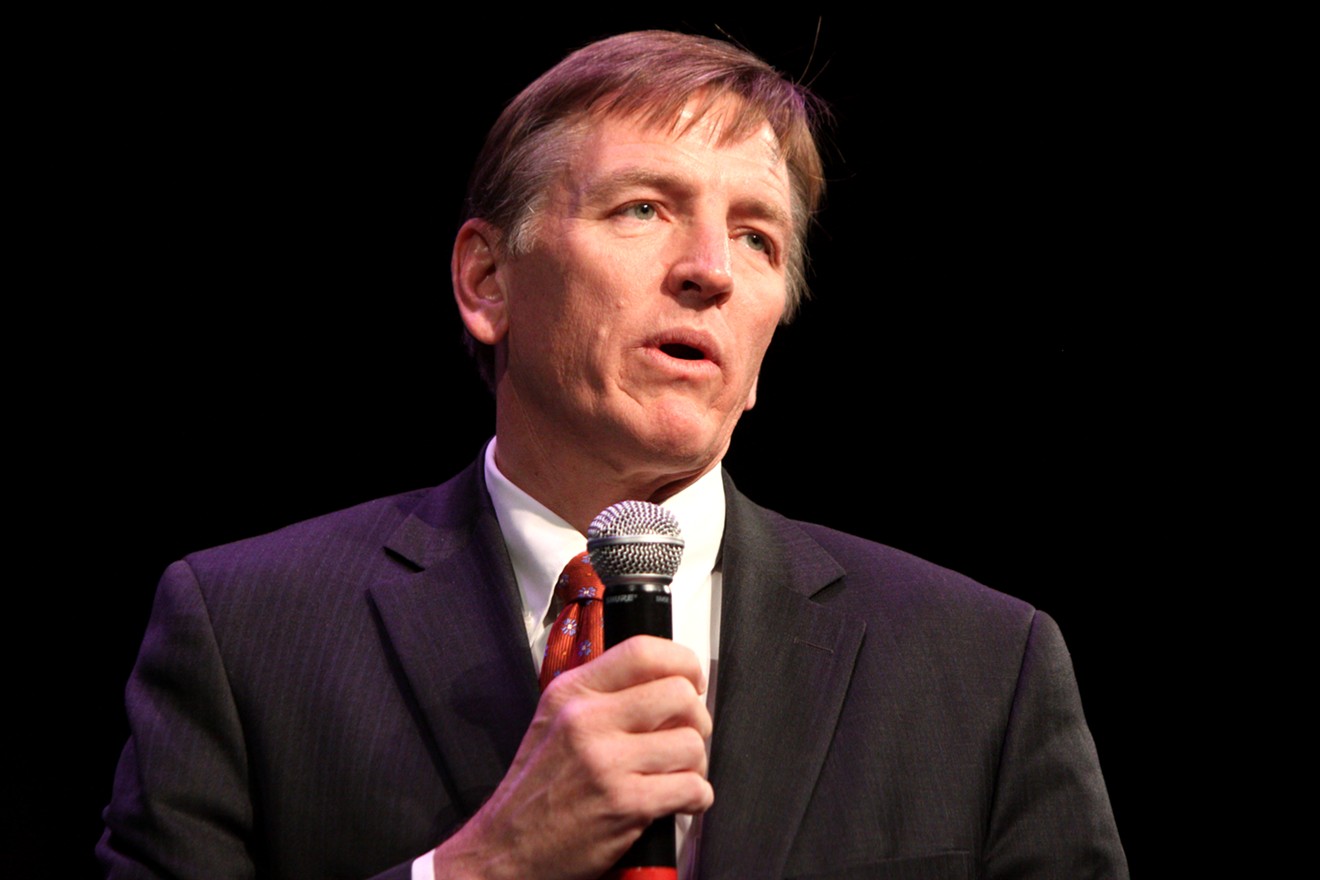 A Democrat running against Arizona Representative Paul Gosar unveiled a powerful series of ads on Thursday that feature six people who denounce Gosar and endorse his rival.

The conservative congressman's family members' video testimonials, which will air on TV soon, are in support of David Brill, a Democrat hoping to unseat Gosar in Arizona's Fourth Congressional District.

The campaign revealed the ads at a fundraiser held at First Studio in Phoenix on Thursday evening. In them, six of Gosar's siblings – Tim, Jennifer, Gaston, Joan, Grace, and David – say that their brother's positions on immigration, the environment, and health care have effectively torn their family apart. They condemn their brother in striking terms.


"It would be difficult to see my brother as anything but a racist." — Congressman Paul Gosar's sister in an ad for his opponent.

In one video, Grace Gosar says, "It would be difficult to see my brother as anything but a racist."

The Gosar siblings have grown estranged from their brother, a four-term congressman, because of his frequent conspiracy theorizing and hair-raising comments about immigrants. Gosar is the eldest son of a family of 10 children who grew up in Wyoming. Many of his siblings don't share their brother's hardline views. One of his brothers, Pete Gosar, ran for governor of Wyoming as a Democrat in 2014.

Paul Gosar, on the other hand, is one of President Trump's most loyal defenders.

David Gosar, a 57-year-old attorney in Wyoming and the third of the Gosar children, told Phoenix New Times on Friday that the siblings are not seeking attention. But after watching their brother's career in Congress unfold over seven years, they couldn't stay silent any longer.

"None of us are doing this for publicity. None of us even want to do it," David Gosar said.

Arizonans would be doing their family a favor by sending Gosar home, he said, pointing to the congressman's weird statements and "mangled" language.

"He just doesn’t appear to be well," David Gosar said.

The siblings, in one of the ads, say that their brother's hostility to immigrants is troubling to the rest of the family. Jennifer Gosar decries his treatment of refugees and immigrants and his use of the term "illegal aliens."

"Where is his integrity?" she says. "I don't know."
Gosar is a strident voice against the DACA program and is bent on constructing Trump's border wall. Last January, he urged the Capitol police to arrest and deport Dreamers who had been invited to attend the State of the Union address, a stunt for which he was swiftly condemned. And over the summer, Gosar flew to London to speak at a rally of an extremist anti-Muslim group.

The ads are just the latest episode in the Gosar family's massive falling-out.

In October 2017, during an interview with Vice News, Gosar suggested that the white supremacist rally in Charlottesville was coordinated by "the left" and called Democratic donor George Soros a Nazi collaborator, leading to an explosive rift with his siblings.

They published an open letter in the Kingman Daily Miner in response. "It is extremely upsetting to have to call you out on this, Paul, but you’ve forced our hand with your deceit and antisemitic dog whistle," they wrote. In an interview with New Times at the time, David Gosar said that his brother is "an embarrassment" to the family.

The siblings struck similar notes in their new, filmed endorsements of Brill: "We gotta stand up for our good name," David says. "This is not who we are."

"This isn't just about Paul," Jennifer tells the camera. "This is about our family."

Gaston Gosar says in another video that his brother is willing to roll back any environmental regulations "if it benefits his interests or puts a dollar in his pocket from one of his constituents or large mining groups."

Brill's team made contact with Gosar's siblings because a campaign staffer, Jay Ruby, cold-called Gosar's brother David after seeing some of David's Twitter posts that harshly criticized his brother.

Videographers with the Brill campaign traveled to Wyoming, where several of the Gosar siblings still live, to film the ads in Jackson and Laramie approximately three weeks ago. Brill, however, has not yet met Gosar's siblings.

"They're really upstanding, wonderful people," he said in an interview. "But I didn't want to be involved in the process, so they could be themselves." 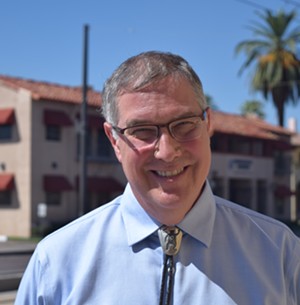 David Brill, the Democratic nominee for Congress in Arizona's Fourth District.
Joseph Flaherty
At the First Studio campaign event on Thursday, Brill said that he was "humbled" by the support from Gosar's siblings. He blamed politicians for sowing division in American society and weaponizing the issue of immigration.

"We have politicians which are fanning that fear. Paul Gosar is one of them," Brill told the room.

Meanwhile, Brill argued, Gosar has ignored the basic needs of his district, such as reliable water sources and 21st-century infrastructure.

The Gosar campaign did not respond to a request for comment.

As powerful as it is to clinch an endorsement from Gosar's blood relatives, Brill has a vanishingly small chance of defeating the incumbent in November.

The Fourth District is deep-red. It encompasses the far outskirts of metro Phoenix and huge swaths of northwest Arizona, including the cities of Prescott, Kingman, and Lake Havasu City. Gosar was re-elected with 71 percent of the vote in 2016.

Brill is a 65-year-old doctor who lives in Prescott. He previously worked for the Veterans Affairs health care system in northern Arizona. Brill's refrain is, "We have a shot. "A first-time candidate, he tried to be optimistic – but didn't always succeed.

"It's going a lot better than I expected, and of course not quite as well as we wish," Brill told New Times.

He emphasized that his team has successfully outraised Gosar's previous challengers during the past three cycles by a huge margin, putting their campaign in a position to compete this fall.

Brill believes that because Gosar is so controversial, it may cause moderates to balk at the idea of re-electing him. And he agrees with those who say Gosar is a conspiracy theorist.

"Our opponent is actually one of our best, shall I say, assets," Brill said. "Because he's so principled and extreme that he drives centrists, more common-sense folks – be they independent or Republican – over in our direction."
KEEP PHOENIX NEW TIMES FREE... Since we started Phoenix New Times, it has been defined as the free, independent voice of Phoenix, and we'd like to keep it that way. With local media under siege, it's more important than ever for us to rally support behind funding our local journalism. You can help by participating in our "I Support" program, allowing us to keep offering readers access to our incisive coverage of local news, food and culture with no paywalls.
Make a one-time donation today for as little as $1.