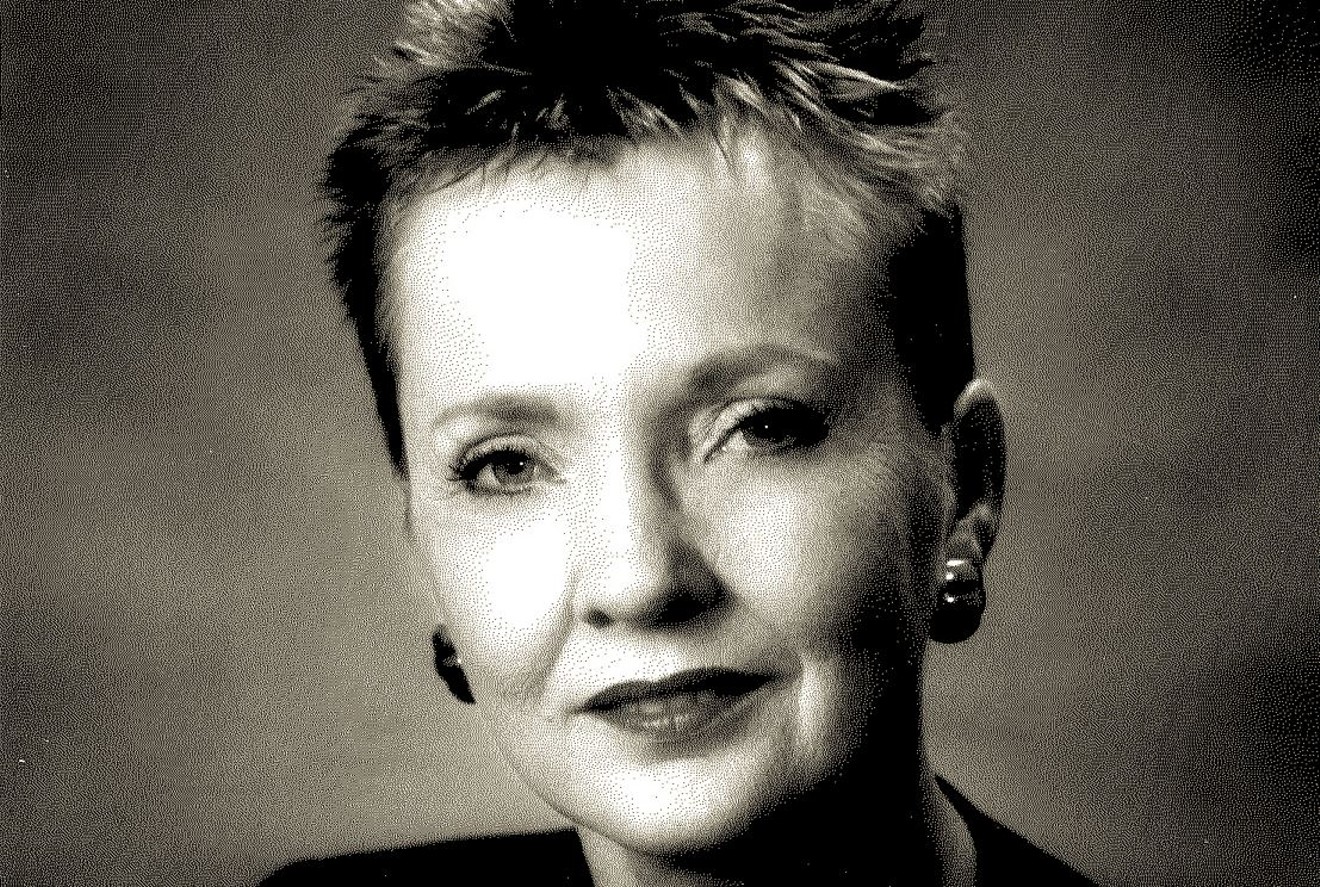 Sandra Dowling Maricopa County via Wikimedia Commons
This is one of the craziest years in Arizona politics, for sure.

Of the many reasons that could be listed, a half-dozen present themselves as a single category: People who left public office or major state positions in shame who are now seeking vindication by running for public office.

It's probably just a coincidence they're all Republicans, right?

Only they know what motivates them to do it. Do they harbor an honest desire to serve the public good, or are they driven by a compulsion to overcome their previous bad press, and achieve some form of vindication?

Whatever their reasons, here's a list of Arizona's baggage-carrying bunch of would-be politicians for 2018 races:

The divisive politician and longtime Maricopa County Sheriff implied during a November 2016 interview with Phoenix New Times that he might have preferred to die in office than to be rejected by voters after six terms. Yet even many GOP voters were done with Arpaio's expensive antics at that point. Besides costing the county taxpayers a fortune, the lawman and former DEA boss was convicted for contempt of court.

The fact that he was famously pardoned by President Donald Trump is another black mark on his record, as far as half the country is concerned.

Arpaio wants voters to elect him as U.S. Senator. 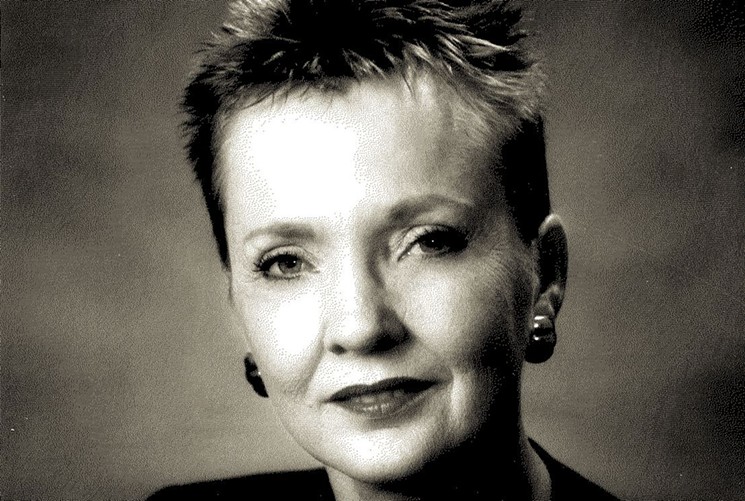 To some extent, Dowling is a victim of Arpaio's "reign of terror," as former Phoenix Mayor Phil Gordon called it. But as New Times has detailed, the former Maricopa County Superintendent of Schools was far from a good steward of her office, despite her role as a founder of the county's Thomas J. Pappas school for the homeless. She once had her staff research and write material for her master's degree, and routinely used taxpayer resources for personal reasons, according to former employees of the office she held from 1989 through 2008. Some alleged even worse corruption.

In one of the many examples of Arpaio's abuse of power, in 2006, he had a SWAT team raid the former Maricopa County Superintendent of Schools' home in the dead of night over alleged corrupt acts. Based on the Sheriff Office's report, then-state Attorney General Terry Goddard charged Dowling with 25 felonies. After he turned the case over the Arizona U.S. Attorney's Office because of conflicts with Arpaio's office, those charges were tossed and Dowling pleaded guilty in July 2008 to one misdemeanor nepotism charge for hiring her daughter.

"Sandra Dowling admitted to engaging in criminal conduct while in office and [will] give up control of the accommodation district, which includes the Pappas Schools," assistant U.S. Attorney Mark Brnovich — who happens to be the current Arizona AG — said at the time.

Dowling was allowed to serve out the remainder of her term in 2008. She sued the county and, during a period when the county was authorizing payouts to those most damaged by Arpaio, was later awarded $250,000. New Times first brought attention to Jeffries, the former state Department of Economic Security director, with a story in October 2015 titled: "Quirky New Arizona DES Director Tim Jeffries Fires 72 'Bullies' and 'Liars.'" Readers would see his name in this and other news media outlets many times over the next few years, whether for terminating scores of employees, promoting anti-cannabis-legalization campaigns, or inserting religious messages into official emails and documents.

Governor Doug Ducey demanded his resignation following still-unproven allegations that Jeffries bought employees drinks during office hours. Jeffries is seeking $5.1 million from the state in a libel lawsuit over a state Department of Public Safety report that suggested he'd mismanaged the purchase and storage of ammunition intended for security officers, used taxpayer-funded ammo to conduct personal target shooting on work time, and committed other alleged violations. He flirted with the idea of running for governor in 2018, but changed his mind. 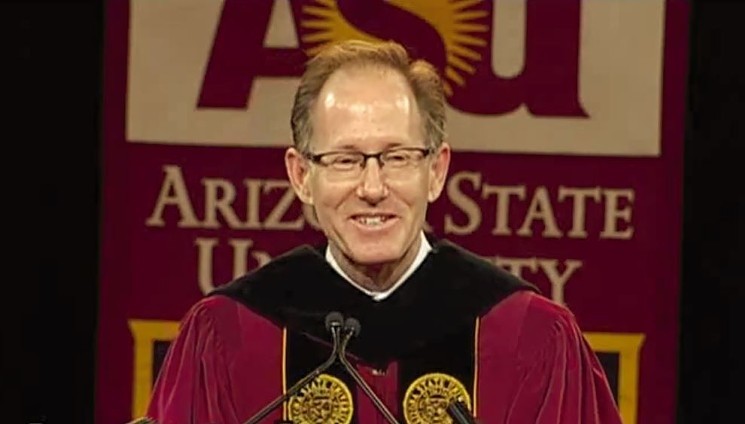 Patterson is the former Arizona Board of Regents chair who resigned last year in a ridiculous kerfuffle that exposed the worst of his smart-alecky personality. As New Times recapped in a May 16 article, Patterson made fun of a state legislator's Western wear and mustache during an argument over in-state college tuition for DACA students. Then, to prove how awesome he was, he emailed the secret recording he'd made of the conversation to staffers. They didn't think it was funny, and neither did the other regents.

An accountant, lawyer, policy maker, pundit, blog writer, and former state legislator, Patterson has had a fairly stellar career — which makes his transgression and subsequent ousting three years before his term was up ever more shameful for him. After the May 16 article, Patterson argued over the definition of "scandal" and portrayed himself as a hero for DACA recipients, since he'd taken the Regents' and university presidents' position that they should receive in-state tuition.

He's running for a seat in Legislative District 18 of the state House of Representatives. 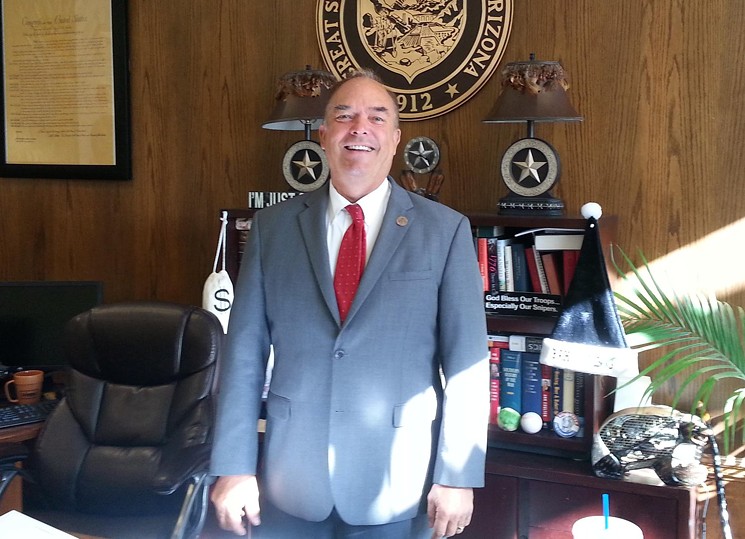 Shooter was a state Senator from 2011 to 2016, then was elected to the House of Representatives in 2017. Then came the #MeToo movement. Suddenly, Shooter's well-known penchant for sexual harassment was no longer tolerated. Senator Michelle Ugenti-Rita was among the many alleging Shooter made lewd remarks and unwanted sexual advances.

On February 1, following release of a report that detailed allegations by more than 40 witnesses, the House expelled Shooter on a vote of 56-3. As the report showed, Shooter's fellow lawmakers described him as a "pervy old man," "a character," "flirtatious," and said he loved to make off-color comments. Woolbright is a basketball referee, construction company owner, and former preacher. He's also over 18 – the single qualification for running for Justice of the Peace in his court district, which includes parts of Glendale, Peoria, Surprise, and Sun City. Voters elected him to a four-year term in 2010. A current JP filed a complaint against him in 2012 for incompetently handling cases. At the same time, the Commission on Judicial Conduct was investigating him for allegations that included violating an order of protection taken out against him by his ex-wife, abusing his power, and dodging a process server.

The commission found 20 separate "findings of fact," leading to a ruling that he'd committed judicial misconduct. His appeal was denied by the state Supreme Court in 2012 and he was booted out of office. The sanction included a ban on running for public office again for five years. How time flies – it's been six years.

His campaign signs for 2018 are up, and he's registered to run in the Republican primary against incumbent JP Craig Wismer.

After New Times published an article about Woolbright on May 30, loyal reader Bob Regan posted a wry insight about such second-chance seekers: Gowan didn't get ousted from his office because of something he did, so he wasn't included in the main list. He served in the State Legislature from 2008 until January 2017, when state term limits prevented him from running again. But his reputation was damaged when he left because of revelations that he'd abused state resources. He paid back $12,000 for travel expenses and was never charged criminally. Gowan ran unsuccessfully for Congress in 2016. Now that he's been out of the Legislature for a year, he's running for the State Senate in District 14.
KEEP PHOENIX NEW TIMES FREE... Since we started Phoenix New Times, it has been defined as the free, independent voice of Phoenix, and we'd like to keep it that way. With local media under siege, it's more important than ever for us to rally support behind funding our local journalism. You can help by participating in our "I Support" program, allowing us to keep offering readers access to our incisive coverage of local news, food and culture with no paywalls.
Make a one-time donation today for as little as $1.