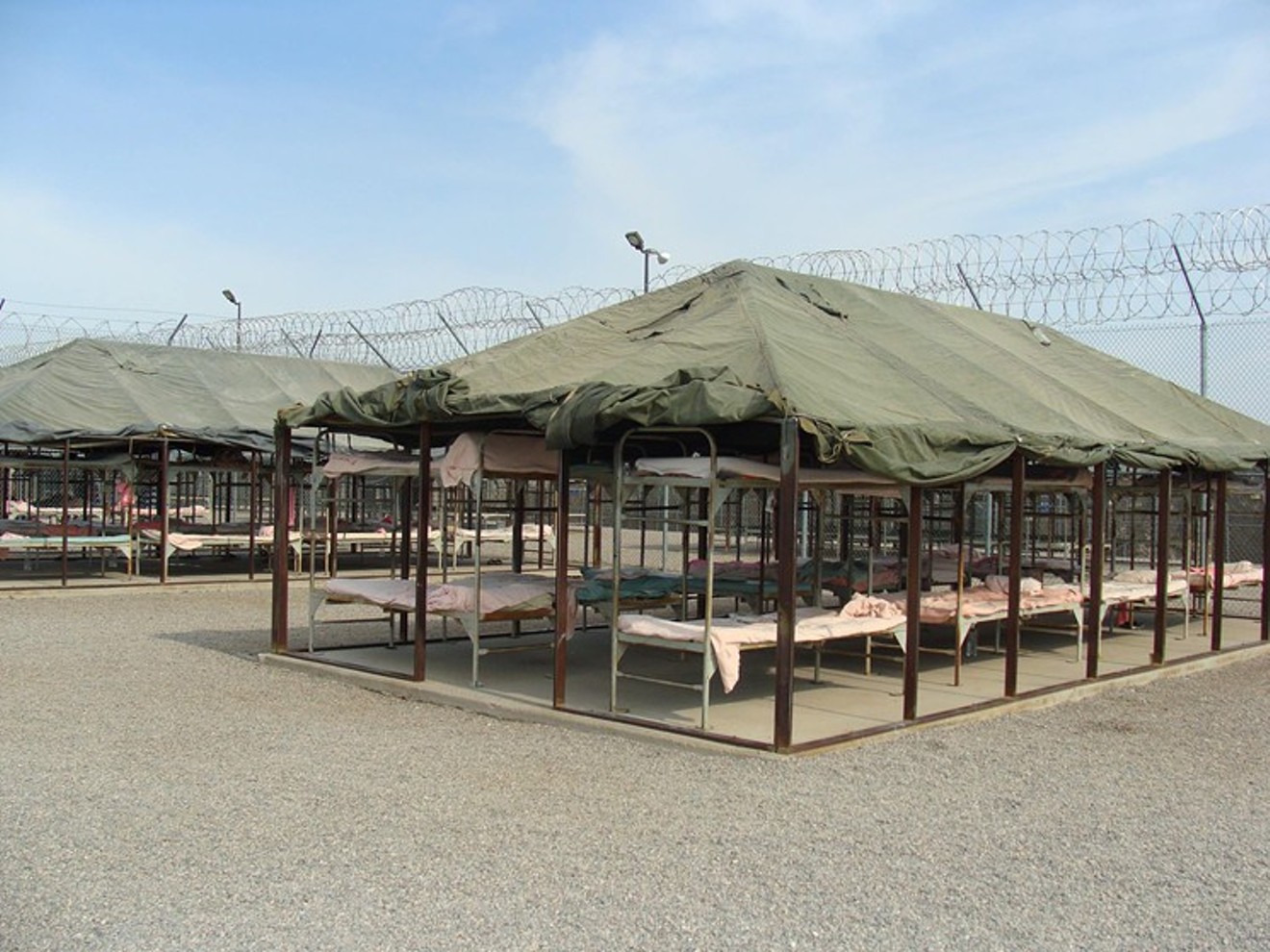 The MCSO said Tent City inmates will have unlimited access to ice water. MCSO
With an excessive heat warning in effect all week long and temperatures expected to reach 120 degrees during the daytime, the city of Phoenix is advising everyone to stay indoors for the next few days.

Given that Sheriff Paul Penzone announced in April that he'd be closing Tent City, you may be surprised that there are still inmates there. Local news reports have focused on the crews breaking down tents and beginning to dismantle the complex, and plenty of people only skimmed those headlines and didn't read further to find out that it would take several months to relocate all the inmates housed in Tent City.

As of today, Casey says, there are still 380 inmates left in Tent City. Approximately 400 others have been relocated to the Estrella and Durango county jail facilities.

The inmates who are still being housed in Tent City are on work furlough, which is granted to low-level offenders and allows them to leave the jail to report to their jobs.

"Almost all of these inmates are in Tent City only at night," Casey told Phoenix New Times. "We estimate that approximately 50 will be on-site in the daytime – meaning that they work either a second or third shift at their job."

The relatively lower temperatures at night likely won't provide much respite for inmates, particularly those who work outdoor jobs during the day. Tonight, for instance, it's expected to still be 100 degrees at midnight. By 5 a.m., the temperature will have dropped to a low of 90 degrees.

Heather Hamel, the executive director of Justice That Works, an organization dedicated to ending mass incarceration in Arizona, described the current conditions inside Tent City as a form of torture.

“If the air conditioning broke and it was 90 degrees, I would have the ability to sue my landlord,” she pointed out.

Penzone’s April announcement that he’d close Tent City focused on the fact that the facility wasn’t cost-effective or an effective crime deterrent — not the human rights issues at stake, Hamel also noted.

“This is why he should have taken the human rights concerns about housing people in tents in the desert seriously,” she said.

“Even if they want to talk about the economic reasons — there’s an economic argument that you should be concerned about potential human rights lawsuits that are going to stem from keeping people in unlivable conditions.”

Hillary Sharpe, whose fiancé is currently finishing up a sentence in Tent City, said that she doesn't understand why low-level offenders who are deemed a minimal-security risk haven't been moved to indoor facilities yet.

"These men and women work eight to 10 hours a day, most of them manual labor and outside, and then are forced to sleep in the heat," she said. "Just the other day, someone passed out walking back from work. It's dangerous and ridiculous."

Casey says that inmates are given unlimited access to ice water during high heat warnings.

"Our detention officers pay close attention to their condition, and per standard operating procedures, if an inmate develops a medical condition due to heat or any other factor, the individual is transferred to Correctional Health Services," he added.