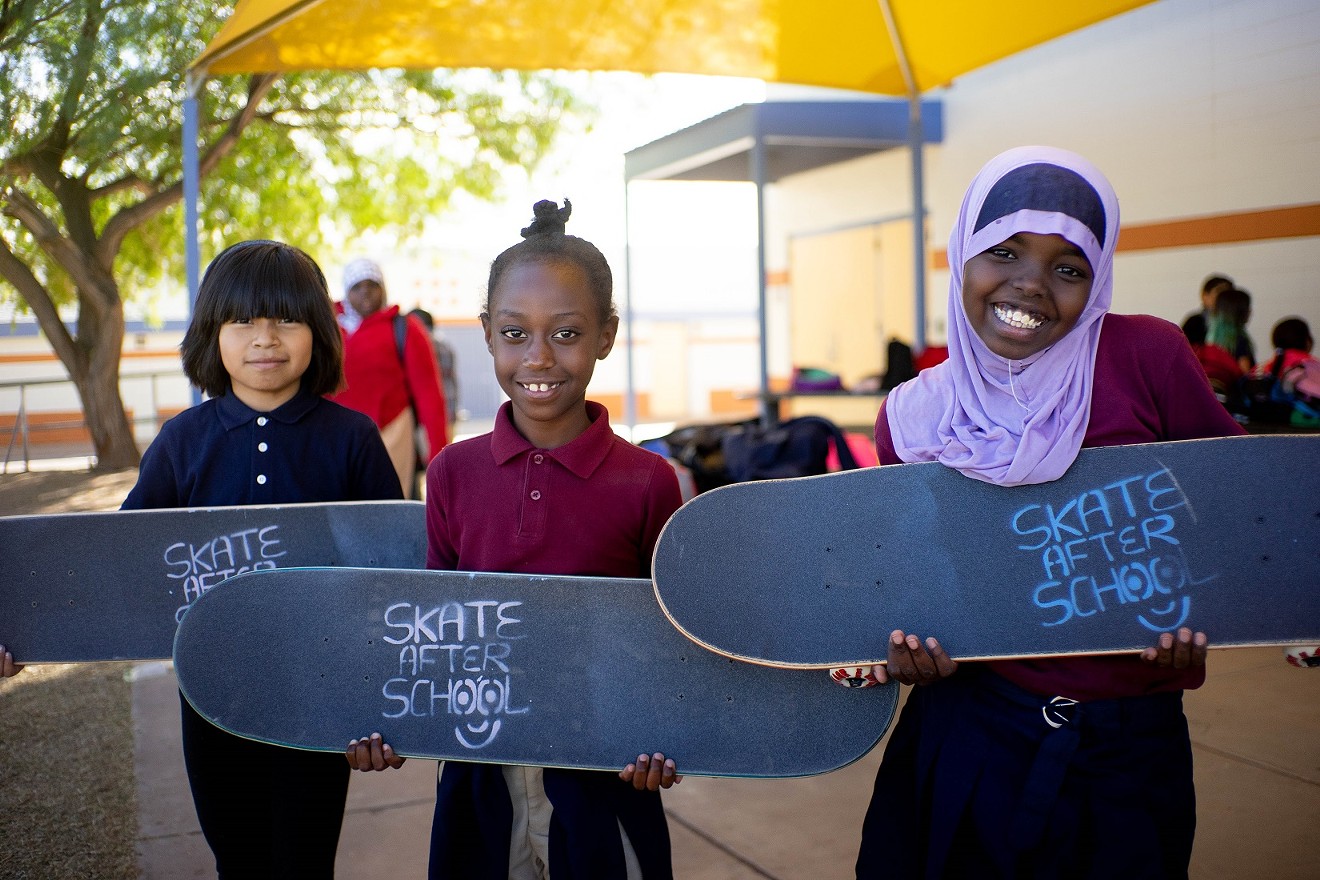 Fresh decks for skateboarding's next gen Courtesy of Skate After School

Angels are known for their wings, but sometimes, they get props for their wheels.

In the case of Cowtown Skateboards’ annual Skateboard Angel program, those wheels are attached to a skate deck, and angel status is earned by anyone who shells out the bucks to buy a board for kids in need.

Trent Martin, who runs Cowtown with co-founder Ed Cox and spouse Laura Martin, says the trio was inspired to take their holiday giving to the next level last year. “Ed, Laura, and I would always comb Channel 3’s Christmas Angel trees and find kids wanting skateboards and donate them,” Martin says. “We just wanted them to be stoked to not only get what they wanted, and we were excited to provide them with a quality board. We started thinking about how to do it on a bigger scale."

Partnering with local nonprofit Skate After School, the team decided, was the way to go. That organization – co-founded by Bobby Green, Ryan Lay, and Tim Ward – sends volunteers to underserved schools to provide skateboarding instructions to students. Currently, approximately 250 students at different Valley schools are participating. Skating = smiles.
Courtesy of Skate After School
For the Skateboard Angel program, the Skate After School team has the kids fill out information cards that get placed on the trees at all four Cowtown locations. Customers are then able to pluck the tags and purchase as many boards as they can afford. With skating being Cowtown’s business, they’re able to offer these decks at a significantly reduced cost.

Once the items are purchased, the customer fills out an angel card and that goes to Skate After School with the gift, and they distribute them accordingly.

Martin says there’s no greater reward than seeing the kids’ faces when they get their decks. “It’s so pure and real. They’re so happy and thankful; it is the best.” He adds that both sets of partners involved in the program work together to share these joyous moments via social media so that the impact is experienced on a broad level.

Last year’s goal was to get 230 skateboards to the Skate After School kids, and they hit that mark. This year, it was upped to 250 with any overage to go to other skateboarding organizations.

Boards galore.
Courtesy of Skate After School
Martin is pretty thrilled about Cowtown’s union with Skate After School and what the two have built together. “It is such a great partnership,” he says. “And beyond that, all of the people that are buying products and contributing are helping facilitate the goodness that’s present in our community.”

Ryan Lay feels the same. “Cowtown has been so supportive of the Phoenix skate community since day one, and Skateboard Angel is no exception," he says "We’re so stoked to be able to mobilize the community with them to get skateboards into the hands of kids who need them!”

It’s not all decks, either. Martin let us know that if a skateboard isn’t in your budget, other items are available for purchase, including helmets and wrist guards.

If you’re feeling angelic, visit one of Cowtown’s four locations through the end of the year to participate and earn your halo.
KEEP PHOENIX NEW TIMES FREE... Since we started Phoenix New Times, it has been defined as the free, independent voice of Phoenix, and we'd like to keep it that way. With local media under siege, it's more important than ever for us to rally support behind funding our local journalism. You can help by participating in our "I Support" program, allowing us to keep offering readers access to our incisive coverage of local news, food and culture with no paywalls.
Make a one-time donation today for as little as $1.