How to Audition for the Phoenix Suns Dance Team 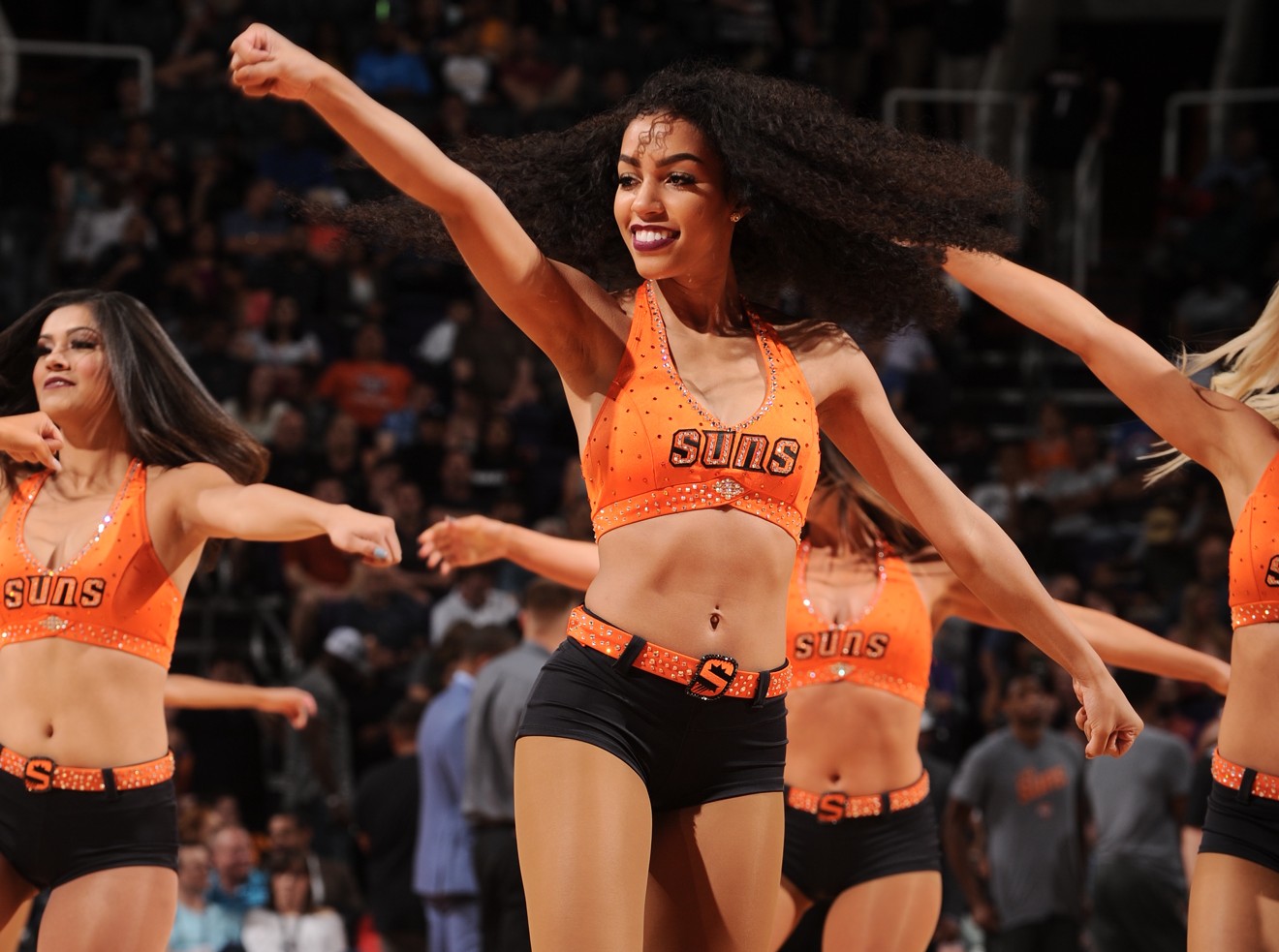 "There's so much excitement with the team having all these new, young players," says Sumer Meyer, the Suns Dancers manager. "We hope the auditions will help bring focus to what we're doing,"

Final auditions will take place at 7 p.m. on Friday, August 4, at the Marquee Theatre.

"People always wonder what happens during auditions, and whether they can come to watch," Meyer says.

Fans who attend the final audition that night will be able to vote using their smartphone. And there will be a panel of judges. Meyer expects about 26 to 28 dancers to make it to those final auditions. But only 16 to 18 dancers will be chosen. The results will be announced that night, and attendees can be the first to get dancer autographs this season.

The final auditions cap off a weeklong process that begins on Saturday, July 29, at Talking Stick Resort. Dancers can register starting at 9 a.m., and preliminary auditions begin at 10. Meyer hopes between 100 and 150 dancers will attend.

There are some basic guidelines for dancers attending those Saturday auditions. Bring along a non-returnable headshot and resume. Wear two-piece athletic apparel, as in a half-top with shorts or skirt, with sneakers or dance shoes. Remove any piercings and cover your tattoos.

The July 29 audition includes learning a new routine that's about a minute long, then performing it in groups of three. Expect a lot of leaps, turns, and kicks, Meyer says.

And technique isn't the only thing they're looking for.

Phoenix Suns Dancer performs during a Phoenix Suns game.
Phoenix Suns
"I enjoy watching dancers who perform," Meyer says. "Obviously, we want them to have some technique, but they should smile, have a lot of energy, and look like they can engage with our fans."

Some dancers will get cut after that first routine, and others will go on to learn and perform another routine that afternoon. "That's more of a jazz routine to see if dancers can do more stylized movement," Meyer says.

Another round of cuts follows that routine, but those who make it through the day get to return on Sunday for the first day of training camp, when they'll perform the previous day's routines again. They do a photo shoot with the team photographer, as well as group and individual interviews.

More dancers could be cut on Sunday, Meyer says. But the rest will attend a weeklong training camp that culminates in final auditions at the Marquee. Training camp means more dancing, workouts, and another photo shoot. "It's almost like a week's practice once you're on the dance team," Meyer says.

Having the weeklong process gives Meyer more time to get to know each dancer. "That way we aren't going only on first impressions," she says.

Dancers chosen for the team attend practice at least two times a week, which includes workouts, learning new routines, and practicing for performances. Practice time each week typically runs six to eight hours. Dancers are at the venue for about seven hours on game days, and the team generally plays two games a week.

"The most challenging part of being a Phoenix Suns Dancer is scheduling around school or work," says Meyer, who spent four years on the dance team. "But it's really rewarding."