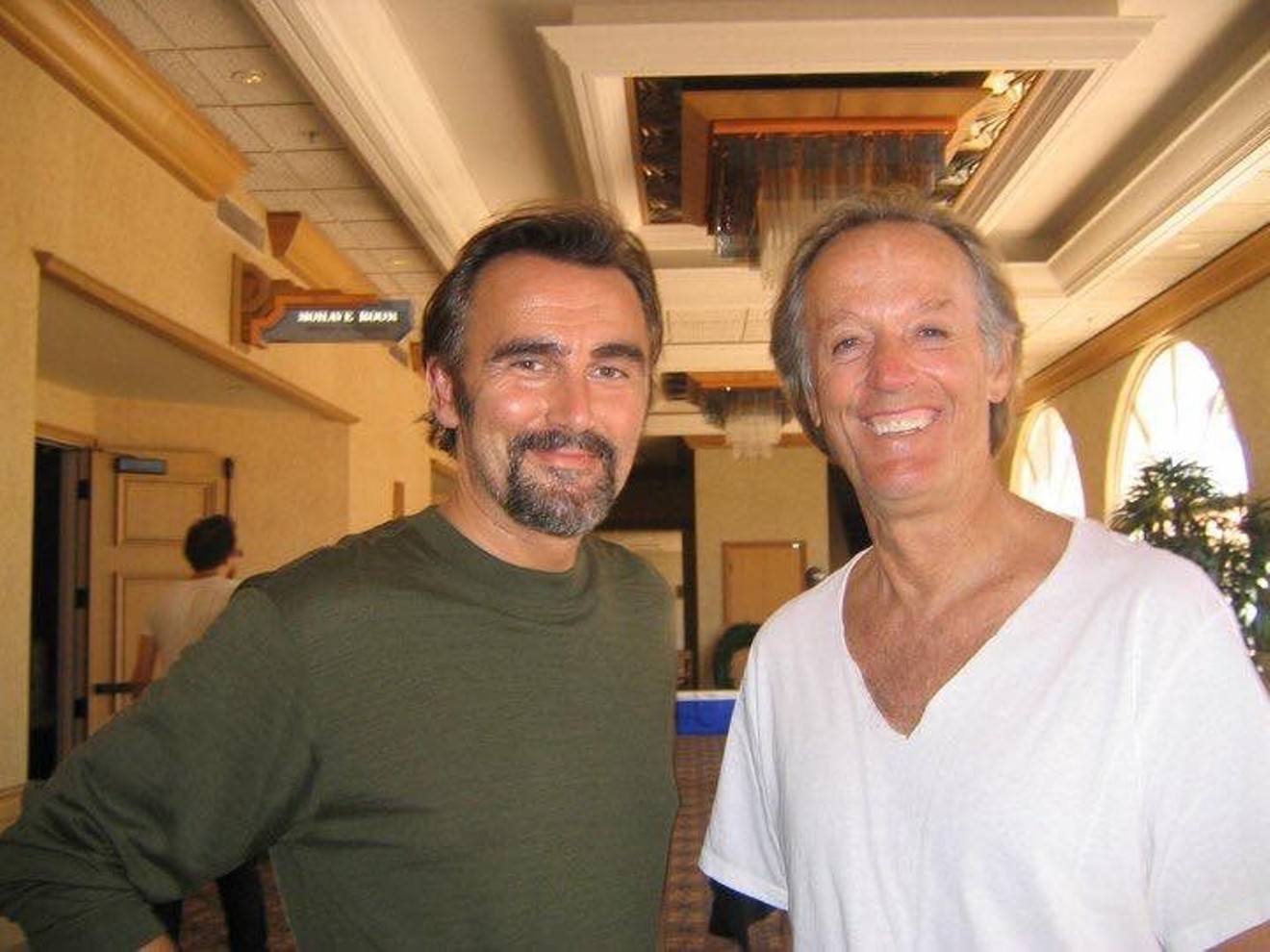 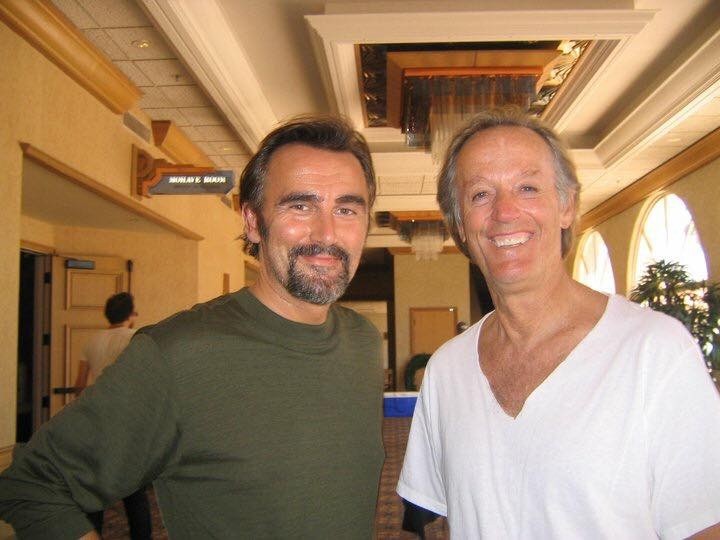 Philip Ettington was exhausted. He’d just returned from a family birthday party in the Bahamas, and had spent the day in Malibu, California, filming a Range Rover commercial. He needed to get some sleep, he said, but he’d been thinking about his friend Peter Fonda, who died last month at age 79, and about the movie they shot in Phoenix several years ago. He wanted to talk.

The movie he and Peter Fonda made was called Japan. “It was released in Europe in 2008, as it had a French director. We filmed in Phoenix in August and September of 2005. Very hot. We were in Paradise Valley at a resort that was due to be demolished a few months later.”

Ettington, who lives in Los Angeles, speaks with a British accent. He said he and Fonda had been friends for about 35 years. They met on the set of Fonda’s breakout movie, 1969’s Easy Rider, where then 3-year-old Ettington was a dress extra alongside Fonda’s children, Bridget and Justin; they met up again in the '80s and bonded over the travails of belonging to a showbiz family. Ettington’s adopted father’s cousin is Lloyd Shirley, a renowned television producer in the U.K.

“I was in lots of movies and British TV shows as a child actor,” Ettington explained. “Several other movies, too. The Man Who Would Be King was one of them, and I had a few seconds in Jaws, too. Peter’s father, of course, was the great actor Henry Fonda. His sister is Jane Fonda, and now his daughter, Bridget, has had some success of her own.”

In the movie they shot in Paradise Valley, Ettington played a hit man hired by Fonda’s character. Ettington was sorry that most of the recent press coverage he’d seen about his friend’s death covered the same five or six points. Little was made of Fonda’s excellent sense of humor, he felt.

Peter Fonda (left) with actor Philip Ettington when they were shooting a film in Phoenix.
Courtesy of Philip Ettington
“We’d often play pranks on each other, like the time in Phoenix when I hid Peter’s Ferrari,” Ettington remembered. “I told him the police were looking for him because his car had been stolen and used in a bank robbery. I said the car had been smashed to pieces and the police wanted him to give them a call.”

During evenings in Phoenix, Ettington and Fonda would entertain themselves and crew members by re-enacting scenes from Easy Rider. “I’d either be Dennis Hopper or Jack Nicholson,” he recalled, “and Peter would obviously be himself. Several nights, we went out on the town in his Ferrari. Peter liked to drive fast. We’d go to bars in Scottsdale, and people would instantly recognize him. He’d sign autographs and pose for photos.”

If fans addressed him as Mr. Fonda, Ettington said, his friend would politely tell them his name was Peter; Mr. Fonda was his father.

The Japan director wanted to fire crew members who approached Fonda for autographs, Ettington remembered. “It’s not protocol,” he explained, “for extras and junior crew to bother the star. Our director saw this happening and told them to leave, but Peter told him to chill out. He lied and said he’d invited them over, because he wanted to talk to them. He saved their jobs.”

Ettington had seen very little reporting since Fonda’s death about the actor’s deep pride in his own family. “He was a very proud father and grandfather,” Ettington said. “He often showed me photos of his grandson, Oliver. Peter was also extremely proud of how Easy Rider influenced independent movie-making in Hollywood, how it got him out from under the shadow of his famous father.”

Fonda was also quite proud of the Oscar nomination for his performance in Ulee’s Gold, Ettington said.

“As far as my own acting is concerned, it’s been commercials and voiceover work since Japan,” the erstwhile actor sighed. He didn’t want to discuss the Range Rover commercial. “It’s the same old shit. I’m driving the car. I’ve been in so many car commercials. There’s nothing special about it.”

Lately, Ettington has been writing screenplays and plans to produce his own projects, including a film about the homeless. He went on an audition a few weeks ago for the new Star Trek movie, he confided, but he wasn’t thinking about that, either. Tonight, he was thinking about his friend Peter Fonda.

“He lived in Montana, you know. We were planning to get together next month,” Ettington said. “Instead, I’ll be attending a celebration of his life in New York.”

He paused. “Peter Fonda had a serious side, obviously, but for the most part he was all about fun and excitement. He was always smiling or laughing or driving a motorcycle or out sailing. With both of us coming from showbiz families, Peter and I simply connected, in a groovy, kind of far-out way. He was a very cool cat.”
KEEP PHOENIX NEW TIMES FREE... Since we started Phoenix New Times, it has been defined as the free, independent voice of Phoenix, and we'd like to keep it that way. With local media under siege, it's more important than ever for us to rally support behind funding our local journalism. You can help by participating in our "I Support" program, allowing us to keep offering readers access to our incisive coverage of local news, food and culture with no paywalls.
Make a one-time donation today for as little as $1.