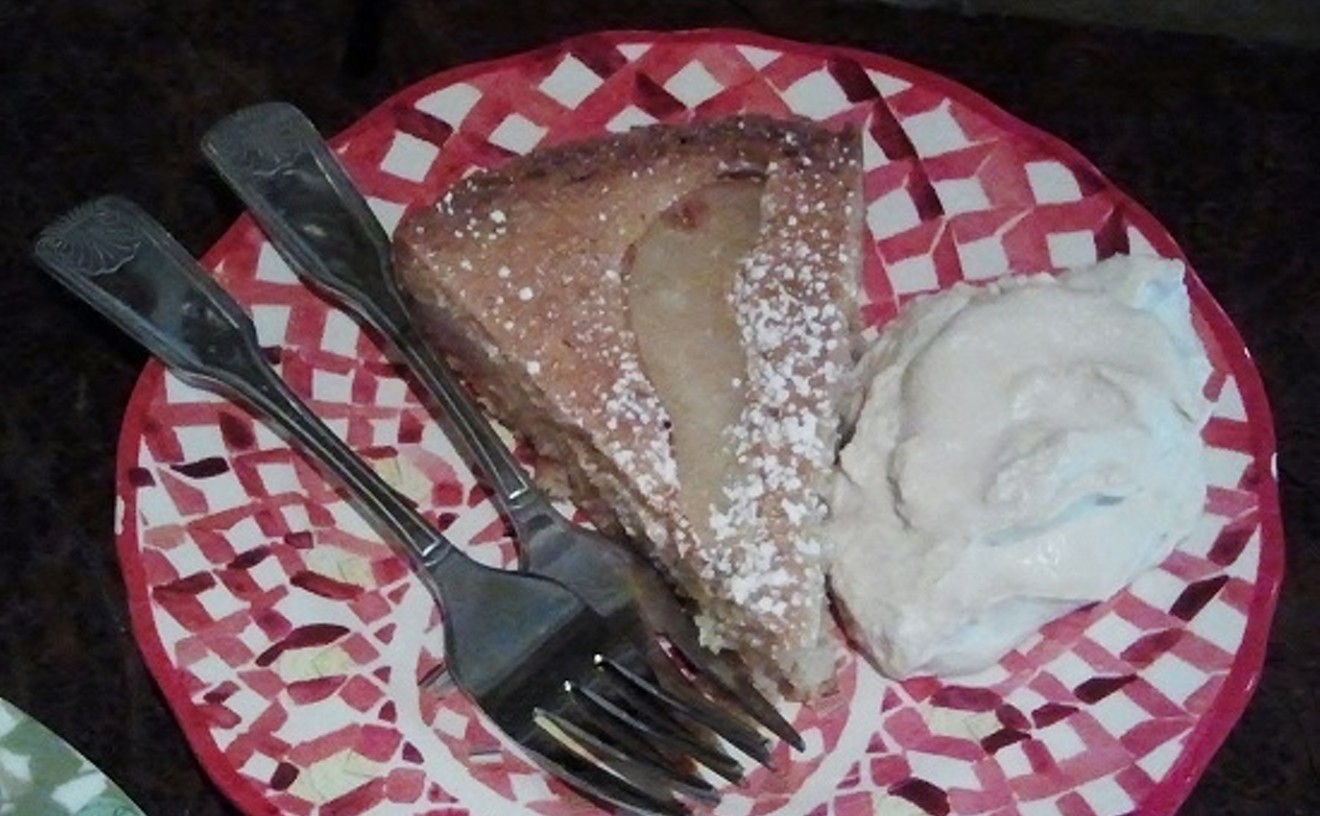 When Central Phoenix locals want to show off their neighborhood know-how to out-of-town guests, chances are they take them to Lux Central. Stationed in a nondescript building, this hipster hotspot houses a lively interior of mismatched mid-century furniture, typewriter centerpieces, grandma-chic dishware, and a seemingly endless maze of rooms in which to work, study, and socialize. Open from the wee hours and back again, Lux triples as a coffee shop, bar, and restaurant, serving up mason jars of iced lattes, as-you-like-it cocktails, and an ever-changing made-to-order menu. With so much action happening in one place, it's no wonder Lux draws such an around-the-clock assortment of people. From posh professionals and caffeinated study groups to late-night socialites and (don't say we didn't warn you) a fair share of awfully loud religious zealots, Lux Central is a miscellaneous mecca.

Shine started off as a retro trailer coffee shop that cropped up at different farmers markets and events in downtown Phoenix. Since then, it's expanded to include a permanent coffee stand just south of Thomas Road off of Central Avenue. Though the small outdoor shack still serves up some of the best pastries in town, like raspberry peach handpies and orange blossom shortbread, the best part is Shine's brand-new "Living Room" lounge in the neighboring building. It may seem intimidating to walk into a separate building with your wickedly delicious vanilla bean latte in tow, but once inside, you'll find a space that looks like a living room anyone would be happy to call their own, with lovely vintage furniture, great local art and mellow, ambient music — the perfect environment for reading a book or getting a boatload of work done. Plus, unlike most living rooms, there's no TV to distract you.

Pomegranate Café is as much about fresh juices, teas, and gluten-free, organic, local and vegan cuisine as it is about the coffee — maybe more so. But that suits us just fine when we're in South Phoenix, because it's nice to have a cafe to go to when we want a caffeine rush with a side of über-healthy. The kombucha and cleansing juices are definitely a more chakra-friendly option to your classic coffee drinks, but the espresso drinks are nothing to sneer at, either. If you get hungry after your soy latte, the simple, wholesome menu includes vegan burgers, raw tacos, kale salads, gluten-free bowls, and some great granola. Picky eaters with a laundry list of diet restrictions are always welcome at Pomegranate Café, which is good 'cause it's hard to find many other places in the Valley to take them while still satisfying our caffeine needs. 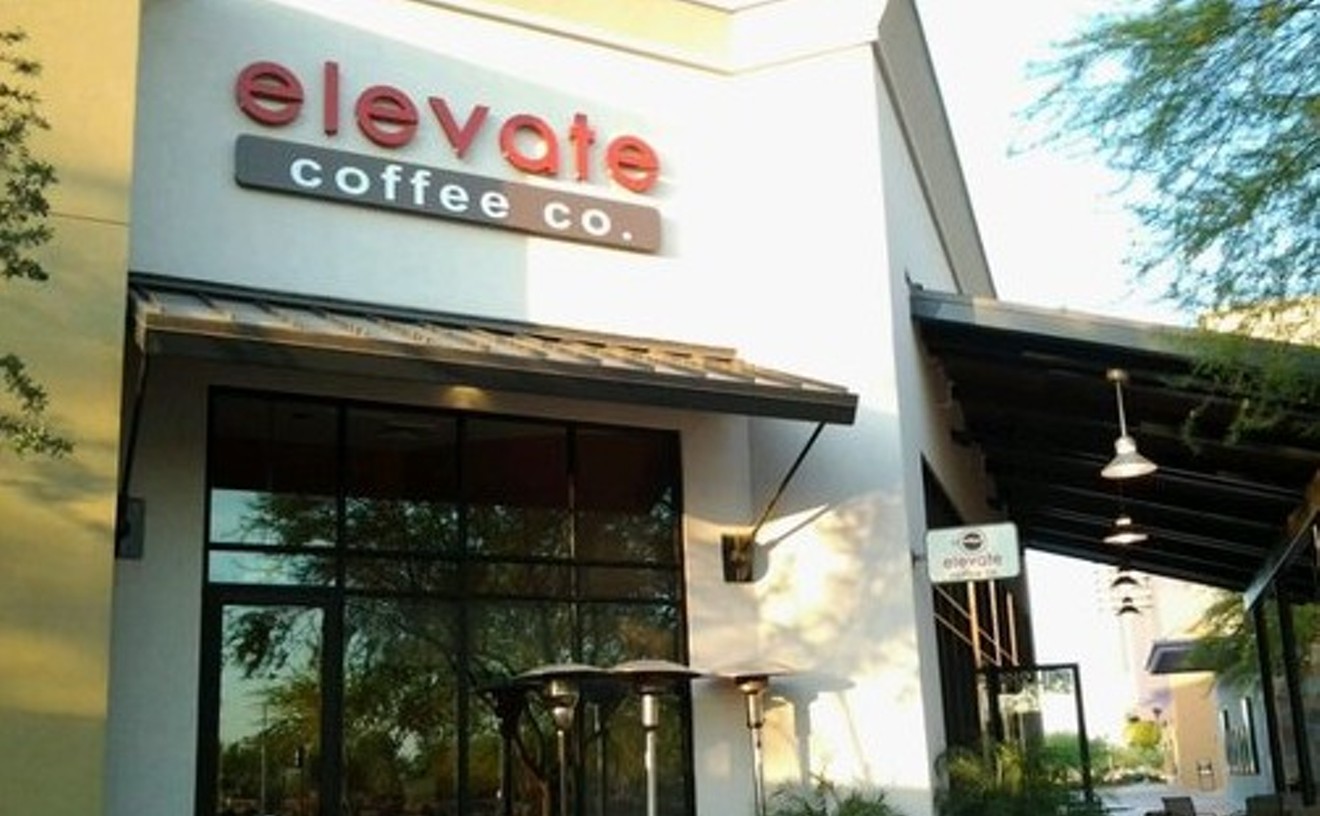 Coffee is best served with a conscience, and at Elevate, you can feel as though you're doing your part every time you buy a cup of java. That's because 10 cents of every cup you buy at Elevate goes toward clean water in Africa. If warm fuzzies aren't your thing and you're just an espresso addict in a rush, you can text in orders, park in the 15-minute reserved parking and get in and out on the quick — an offer you surely won't get waiting in line at Starbucks. Though Elevate's prices seem slightly elevated, with a 16-ounce mocha running nearly $5, the up-charge goes to a good cause. Plus, the pleasantly balanced mocha at Elevate is just slightly sweet and really lets its chocolateliness come through. Pair one of those with any of their tasty crepes that are $3 to $7 and hang out in a comfy, plush chair all day. You'll see why we keep stopping off Happy Valley Road to go there. 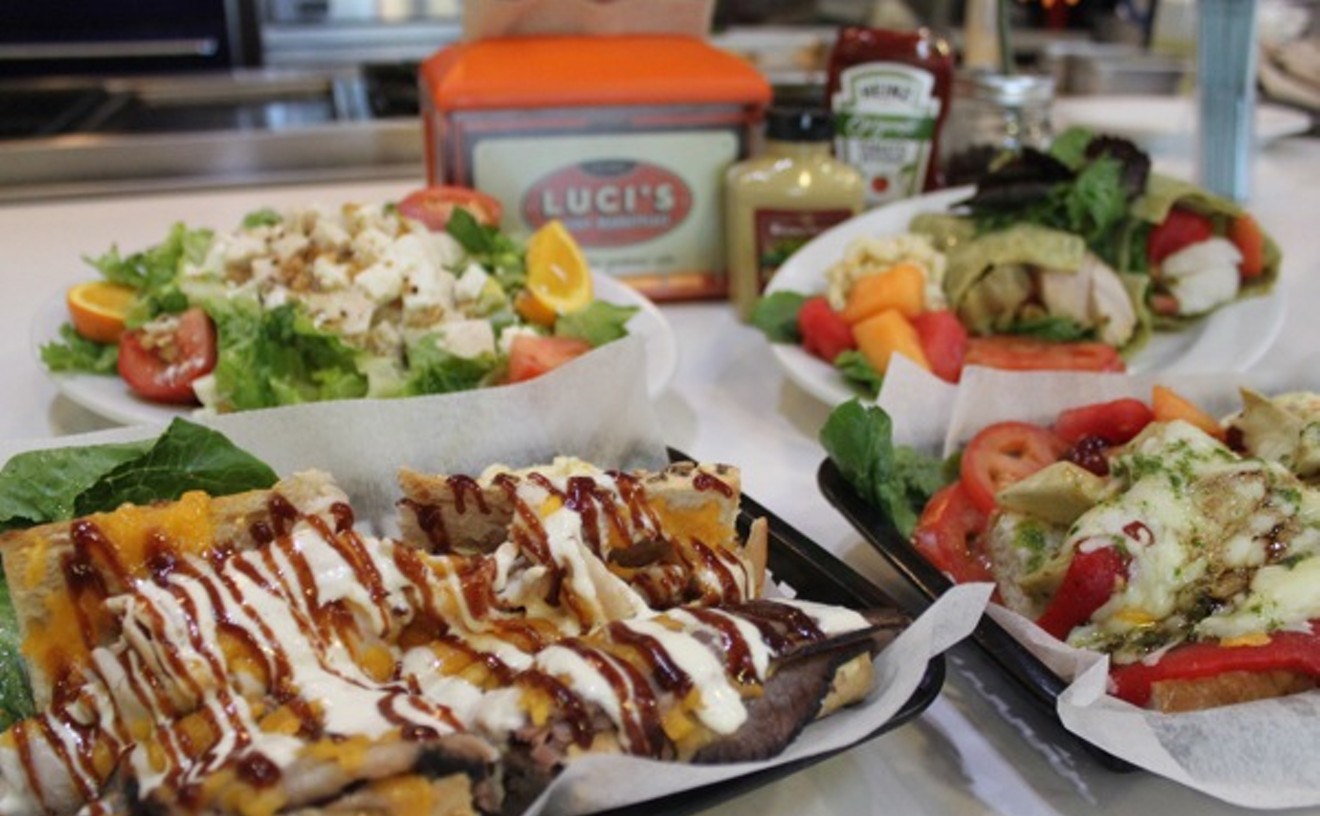 Luci's Healthy Marketplace admittedly is much more than just a coffee shop, but it seems as though every cafe is nowadays. Part upscale grocer, part restaurant, part cafe, Luci's offers a lot of scrumptious options for the NoPho crowd. The coffee bar features freshly baked treats from one of our favorite local bakeries, Urban Cookies, giving everyone even more opportunity to try the award-winning sweets. The staff is friendly, the service is quick, and the décor is the perfect mix of nostalgic retro and modern that you'd look for in a local market. The selection of teas and juices also makes Luci's a great place to bring a crowd of not-so-caffeine-obsessed friends. The cafe even offers gluten-free options for the no-wheat eaters in your life and Sunday night cooking classes for the culinarily curious. 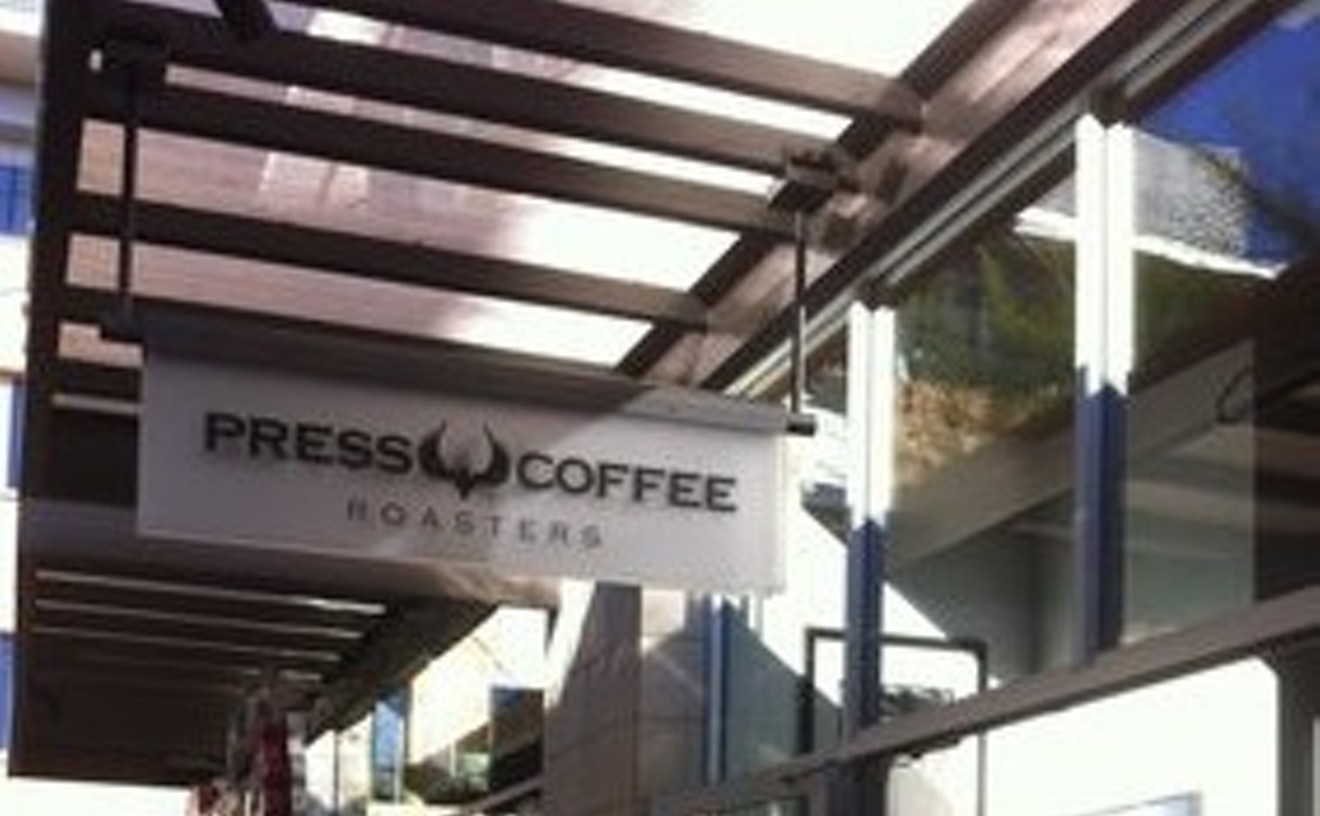 Press Coffee is giving our favorite Tempe coffee roaster a run for its money by roasting its own beans, elevating the standards for craft coffee in the Valley to a new high. The coffee house, which was opened by local newswoman Tram Mai in 2010 in Scottsdale, is a bright, clean, and simple shop, contrasting other local cafes' sometimes cave-like or ultra-kitschy vibes. Press also has two locations in Phoenix (one of which is in Sky Harbor Airport), but we prefer to stop into Press between shopping excursions at the Scottsdale Quarter, giving us that extra push after a long day of spending too much money. Press also is dedicated to teaching Phoenix about coffee roasting, brewing, and tasting through tours and educational events for the aspiring coffee aficionado. 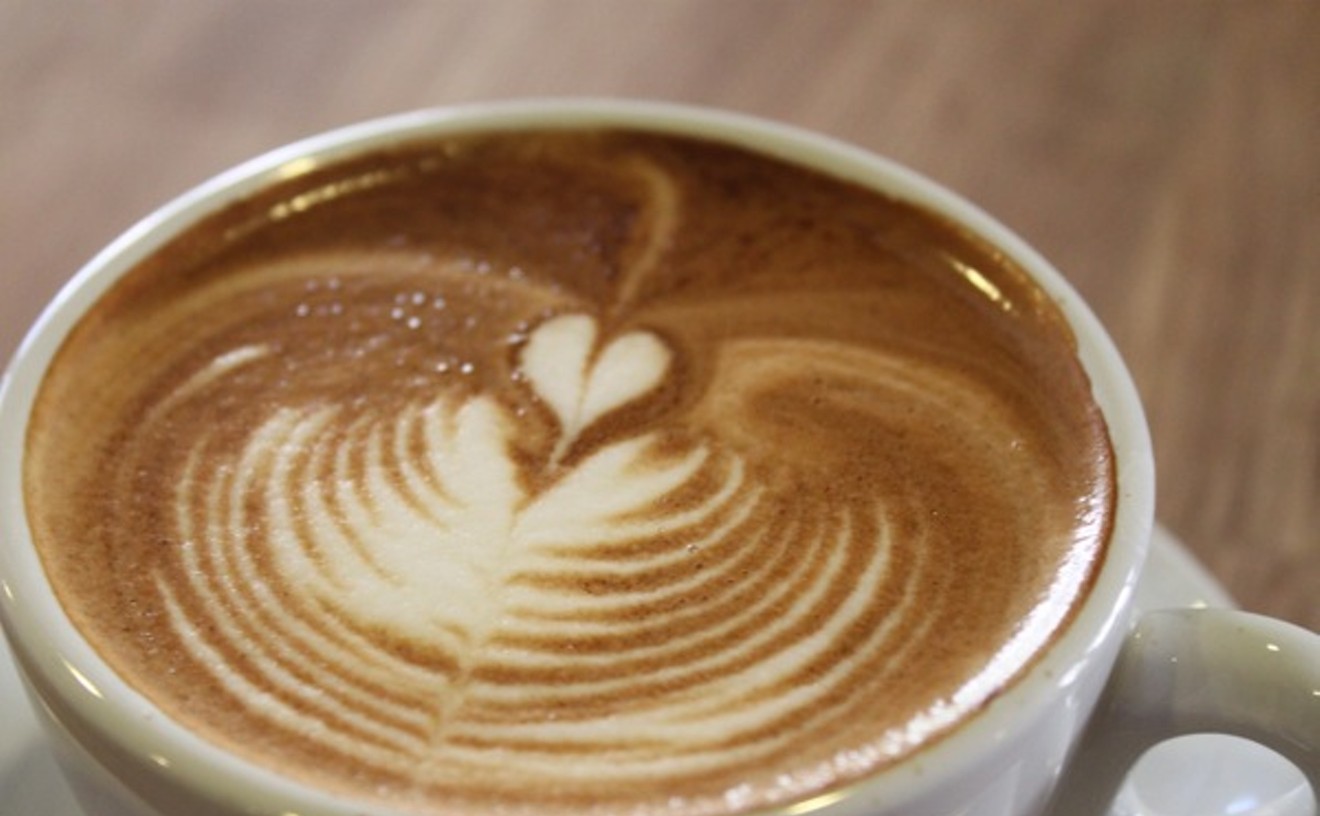 In the world of locally roasted coffee, Cartel Coffee Lab is king, and there's pretty much no dethroning Cartel as it expands its flagship location. Forget about pastries and fancy flavorings, Cartel is all about the coffee, which is so good that other coffee shops in town have no choice but to brew with it as well. Celebrities, hipsters, and coffee snobs all agree, so stop pretending Cartel coffee isn't great, because it is. We don't need perky, obnoxious baristas or a double mocha frappa-whatever with whip, but we will take a beer with our shot of espresso since Cartel's recent expansion means the coffee maker also started brewing beer in-house, giving us pretty much no reason to leave, ever. Cartel coffee in the morning and Cartel beer at night — they can just take our wallet now that we can actually find somewhere to sit in the busy coffee house. 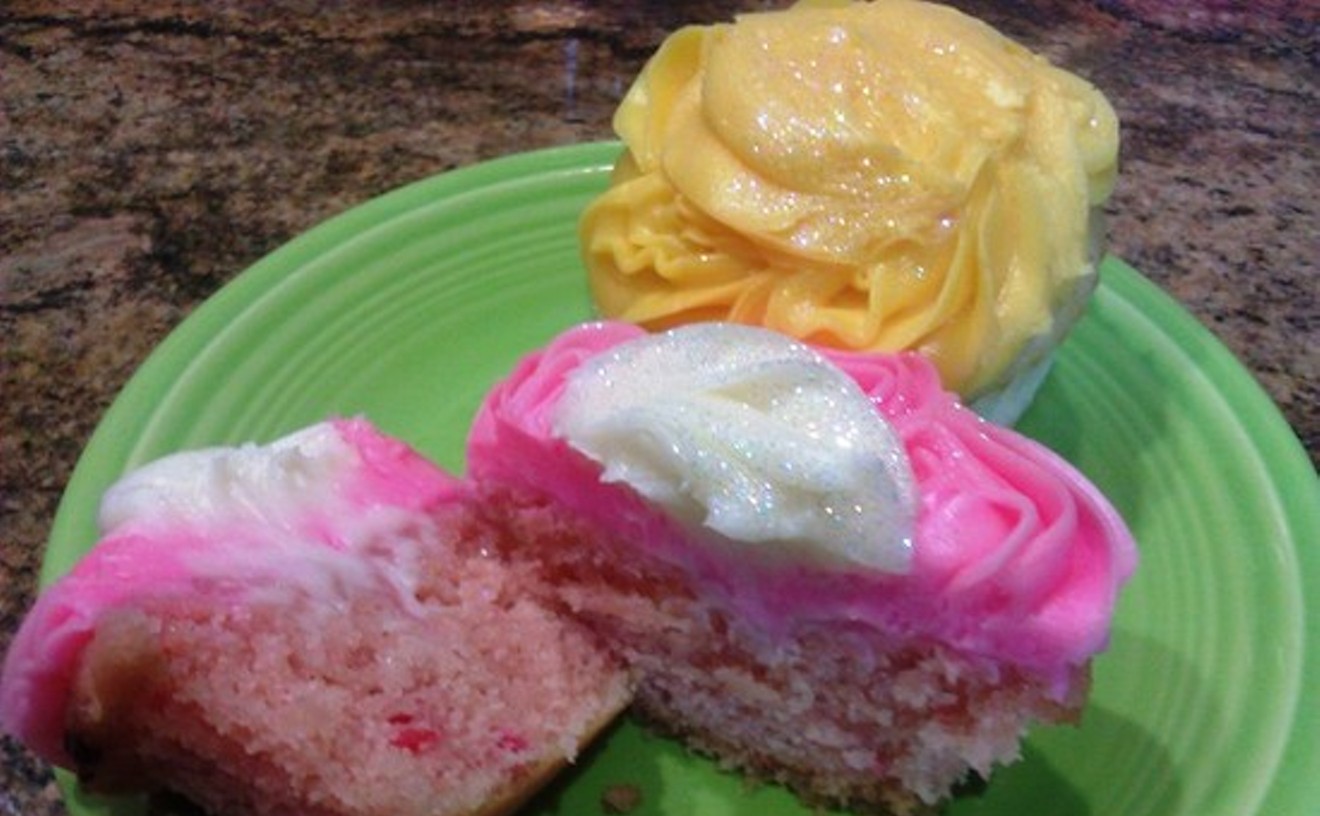 Holy tasty cupcakes, Batman! We love dropping into The Coffee Shop after chowing down on a juicy burger and crispy fries at the neighboring Joe's Farm Grill. The Cupcake Wars-winning bakery is not all cake and frosting, though. Grab a foamy, frothy, and nutty cappuccino, which pairs ideally with the homemade whoopie pies, and you'll see what the buzz is about. The vibe of The Coffee Shop is clean, classic, bright, and, like all of the Agritopia area, sweeps you away to a simpler, slower era. The calming surroundings and the great food and drink make for a must-stop spot to hang out for a few hours and chat with friends. The Coffee Shop also offers tasty breakfast options, like a cravable build-it-yourself breakfast sandwich, which is a quick and tasty option for Gilbert folks on the run. 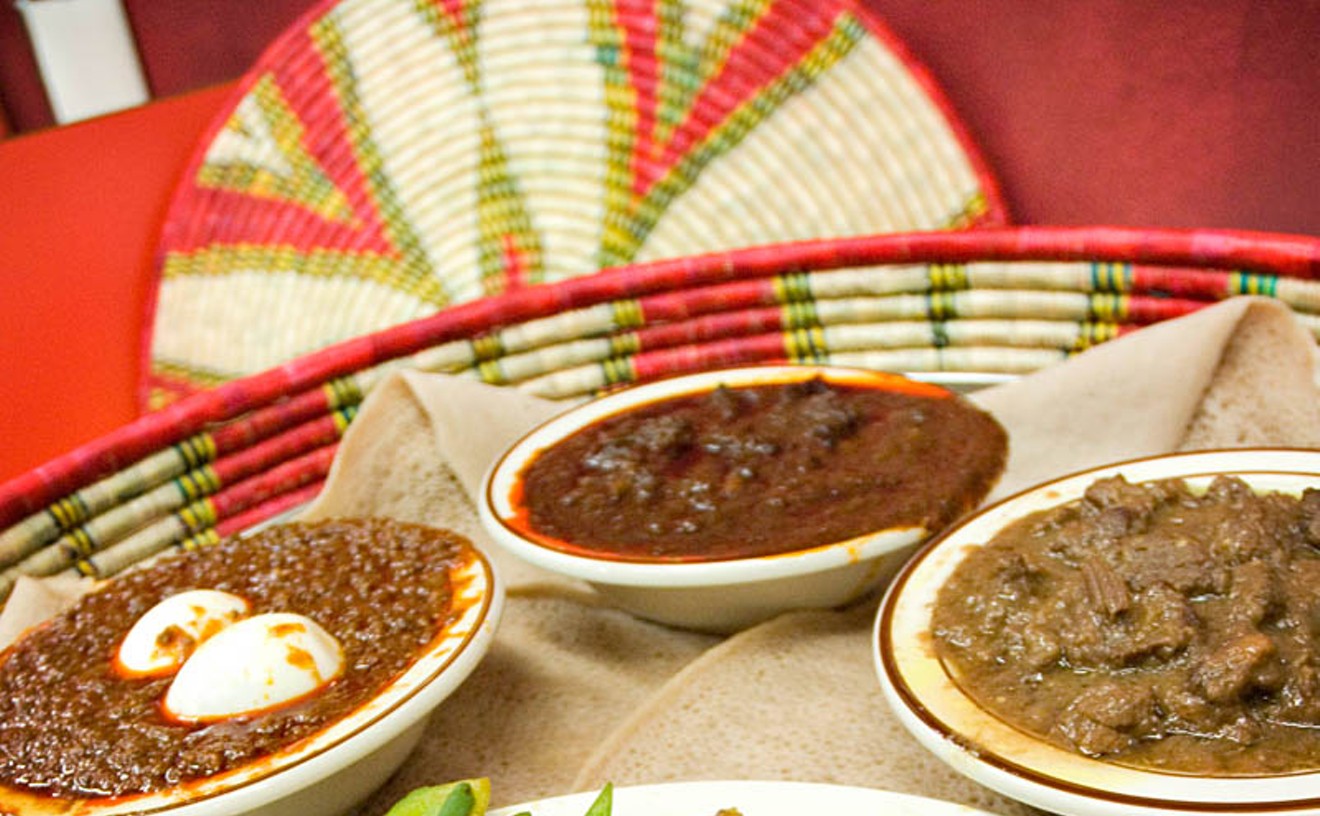 We usually like our coffee extra-large, extra-hot, and extra-early in the morning. But at Ethiopian Famous Restaurant and Coffee, the coffee comes pretty much in exactly the opposite fashion. The after-dinner coffee ceremony brings traditional Ethiopian practices to the Valley through restaurant owner Abebech Ejersa. For $12, she'll don traditional coffee ceremony garb and take you through the entire cycle of roasting, boiling, and sipping tiny teacups of strong, black coffee — the way it's supposed to be done. Aside from the alluring scent of roasting green coffee beans, you'll experience baskets of Ethiopian bread and popcorn, perfect for snacking while you watch the beans turn rich and brown. You'll have to make a reservation at least an hour in advance, but that just means you have plenty of time to enjoy one of Ejersa's delicious platters of Ethiopian cuisine. The wait will be well worth it.

Mark your calendars for Saturday, February 15, and Sunday, February 16, 2014. It's going to be a weekend heyday for bookworms and literary fanatics who travel from far and wide to see what's been deemed worthy and interesting by the Volunteer Nonprofit Service Association (VNSA).

Members of the local nonprofit spend all year, every year, sorting through thousands of book donations dropped in parking lot bins and carted in by book-recycling programs. The best (around half a million) hardbacks, paperbacks, children's books, and rare items make it to the sales tables at the Arizona State Fairgrounds every year to be snapped up by avid readers at a fraction of the price you'd find on Amazon or big-box bookstores.

This year's 57th annual event was billed as one of the largest book sales in the country and the "Valley's Greatest Treasure Hunt," which all began in the 1950s as the fundraising arm of what's now the Volunteer Nonprofit Service Association, with a logo drawn by local comic hero Bil Keane. The organization since has held an annual book sale to raise money for the community. In its first year, VNSA raised $900, and since, the organization has traded used books for more than $6 million. We can't wait to see what's sifted out of this year's loot.