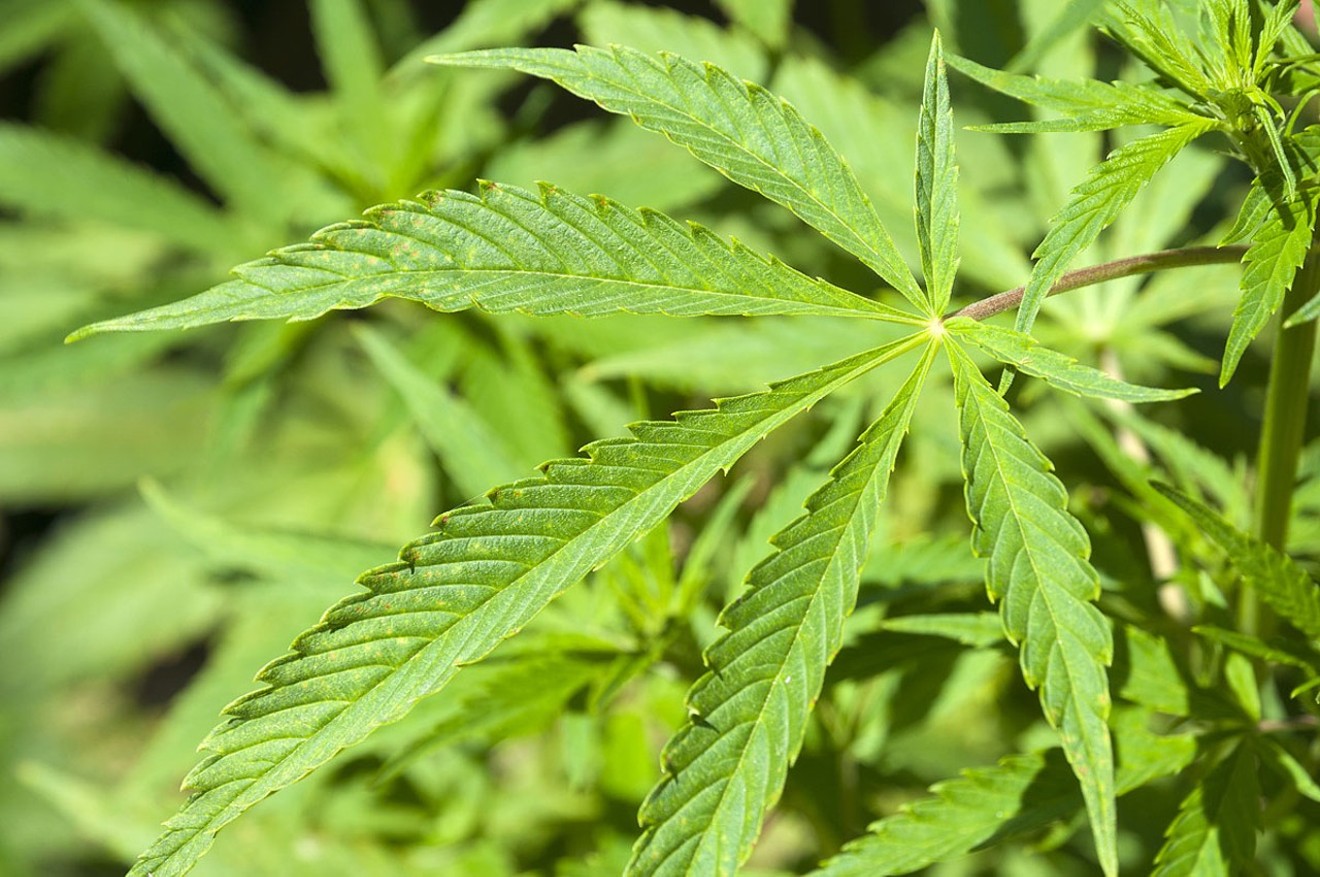 The March 2019 report shows there are now 193,672 qualified patients, 802 registered caretakers, and 5,705 dispensary agents in Arizona. That makes a grand total of 200,179 people who can legally possess cannabis products in Arizona.

"We're certainly glad to see so many Arizonans are able to benefit from this law," said Mason Tvert, spokesperson for the Washington, D.C.-based Marijuana Policy Project, the group responsible for putting the law on the ballot almost nine years ago. Voters approved the law by a mere 4,341 votes out of 1.67 million cast in the November 2010 election.

Tvert added that while the current number of participants is "heartening," his group would like to see Arizona pass a recreational marijuana law like D.C. and 10 states now have.

"There is no reason cannabis shouldn't be legally available to all adults," he said.

He may get his wish granted next year. The Arizona Dispensary Association announced last month it would create and fund a campaign to put an adult-use marijuana citizen initiative on the 2020 ballot. Polls show support for such a law in general, although the details haven't yet been released.

At the rate the program's patient population is increasing, the number of patients will likely hit 200,000 by June or July.

The 2010 law allows Arizonans to qualify for patient status if they suffer from cancer, HIV/AIDS, glaucoma, Crohn's disease, post-traumatic stress disorder (PTSD), and other maladies. They can also qualify if they're diagnosed with "severe and chronic pain." The March report shows that about 88 percent of the patients listed chronic pain as their qualifying ailment, with another 5 percent listing two or more ailments, one of which may be pain.

Patients can legally buy up to 2.5 ounces of cannabis every two weeks, and possess 2.5 ounces total at any given time. They can also grow up to 12 plants if they live more than 25 miles from an operating dispensary.

Caretakers and dispensary agents can't use marijuana unless they are also registered patients. But they serve important functions in the program.

Caretakers can obtain, transport, and prepare marijuana for up to five patients. If caretakers live 25 miles from a dispensary, they can grow up to 12 plants for each patient under their care, plus another 12 plants for themselves if they are also patients.

Dispensary agents include budtenders, dispensary operators and administrators, cultivators, and anyone else who works under a dispensary license. Yes, these folks will be very busy this weekend.

Will Humble, the former director of the Arizona Department of Health Services who oversaw the initial program setup, admitted he was "way off" in the early days of the program when he estimated how many people might ultimately sign up as patients.

"I thought the most we'd ever have is 50,000," Humble said. "The big policy mistake was the cost. I set the fee too high. Mea culpa ... I wish I could go back in time and change the rules so the as the numbers increase, fees decrease."

Patients pay $150 each year for a card, or $75 if they qualify for the federal SNAP program. Caretakers pay $200 per year, and dispensary agents pay $500 per year.

Humble figured as few as 35,000 patients would qualify, he said. He made a "back of the envelope" prediction in 2011 based on Colorado's medical marijuana program, which then had about 90,000 patients.

"I thought the program would be more rigorous" than Colorado's, Humble said.

Dispensaries began flourishing starting in 2013, providing patients with cannabis products, and now number about 120 throughout the state. The stiff fees for patients, caretakers, and dispensary agents also began piling up in the state's Bank of America account. The online Arizona budget shows that for fiscal year 2019, which ends June 30, the fund will contain $80.5 million, and that's after deducting the annual cost to run the program of about $18 million.

State Senator Sonny Borrelli of Lake Havasu City sponsored a bill this year to lower the patient card cost to $50 a year, but it failed after being hung up in the Senate's Health and Human Services committee.
KEEP PHOENIX NEW TIMES FREE... Since we started Phoenix New Times, it has been defined as the free, independent voice of Phoenix, and we'd like to keep it that way. With local media under siege, it's more important than ever for us to rally support behind funding our local journalism. You can help by participating in our "I Support" program, allowing us to keep offering readers access to our incisive coverage of local news, food and culture with no paywalls.
Make a one-time donation today for as little as $1.