Concert Review: Watching Beyoncé and Jay-Z Live Is Not for the Faint of Heart 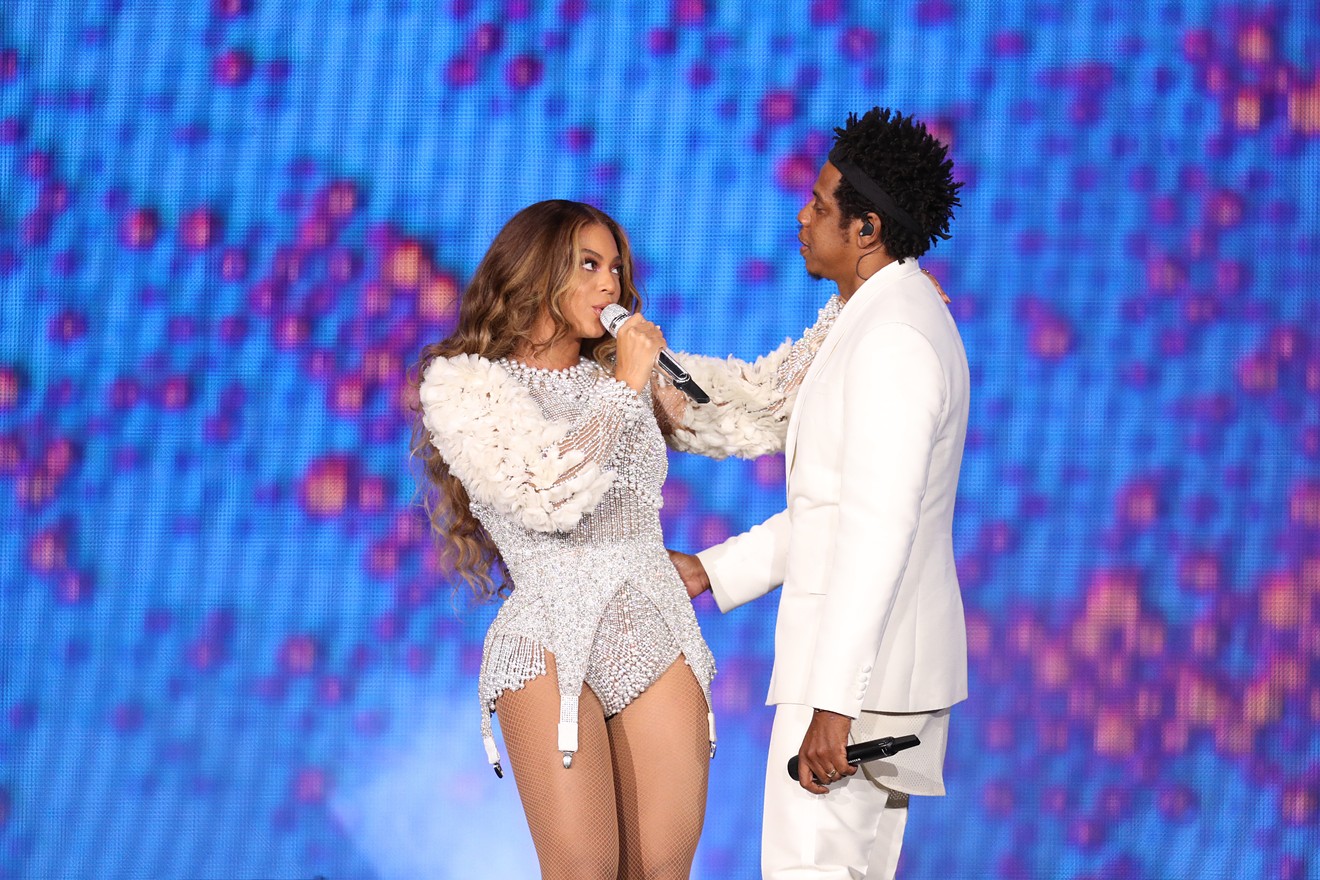 Beyoncé and Jay-Z perform at State Farm Stadium on September 19, 2018. Raven Varona/Parkwood/PictureGroup
Watching Beyoncé and Jay-Z live is not for someone who tires or dehydrates easily. It is a marathon of an event; their set alone is around two hours, a fair amount longer than most headliners. But obviously, it’s worth it. And if one is getting tired just watching, imagine the stamina of the performers themselves.

Before they even come on at State Farm Stadium, the stage first welcomes Chloe x Halle, an R&B sister duo signed under Beyoncé’s label Parkwood. Next up is DJ Khaled, whose brand has become that of a wholesome dad who you can’t help but laugh with. The way he comes out to a packed stadium wearing a white T-shirt and blue jeans and shows a home video of him and his son further drills this into the audience.

Finally, three hours after the doors first opened, the room goes dark and the crowd screams in anticipation. The couple enters in matching white, holding hands; they are a clear united front tonight and always. Regardless of how many songs she performs from Lemonade, these two are a pair.

And they truly do complement each other’s styles. When Jay-Z takes the stage solo, it doesn’t feel like something is missing or vice-versa. It feels like two halves of a whole. The show perfectly interweaves Jay-Z’s classic rap with Beyonce’s over the top pop performances in a way that keeps the audience continuously engaged, even as the style of music changes. It never feels jarring, but rather like a smooth transition into something just as good.

Beyoncé and Jay-Z each have their crowning moments in the spotlight. At first it seems like Beyoncé’s will be when she sings “Don’t Hurt Yourself," dancing happily as she shouts “you ain’t married to no average bitch, boy.” But the show continues to get bigger and bigger. She comes out in a flowing white dress to sing “Resentment” and she laments that Jay-Z’s mistress has had “half of me.” Then the stage is raised above the crowd and she performs her quintessential hits “Formation” and “Run the World (Girls)” complete with backup dancers and “feminist” written in huge letters. In all these moments, Beyoncé looks like she’s genuinely having a good time, which makes it all the more easier for us to share in that happiness with her. She’s able to dance like no one’s watching even though she has a crowd of thousands. 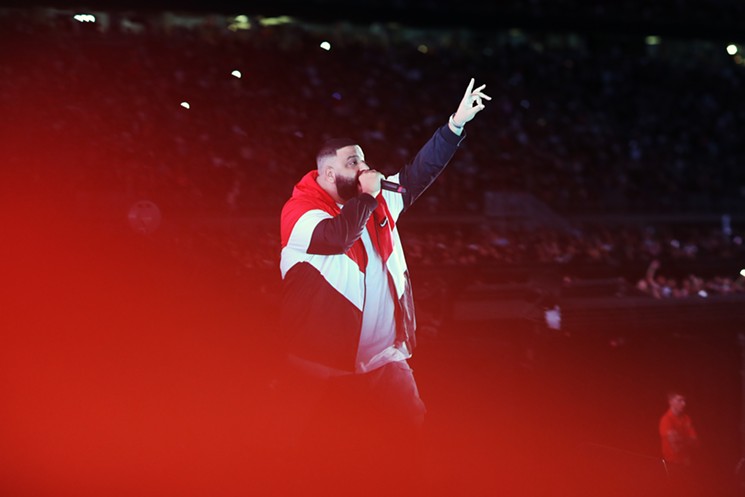 DJ Khaled opens for Beyoncé and Jay-Z in Phoenix on September 19, 2018.
Raven Varona/Parkwood/PictureGroup
“Only love can conquer hate,” Jay-Z shouts as he raises his hand into the black power fist. This gesture punctuates his rendition of “The Story of O.J.,” a song that unsurprisingly examines what it’s like to exist as a black person in America regardless of wealth or lifestyle. It seems particularly poignant as Arizona approaches what could be a history-making Senate and gubernatorial election. I’m unaware how much Jay-Z knows about this state’s politics, but his gesture and words seem to resonate with people in the crowd. It’s not something everyone will like, but enough people do to make it matter that they take the time to insert a little revolution into their set.

The second to last song is a combination of “Forever Young” and “Perfect Duet.” It’s a bittersweet way to close out a show that has people of all ages in it. For the younger people in the crowd, Beyoncé is a symbol of eternal youth and power and it’s difficult to imagine a world without her in it. For the older crowd, Beyoncé is the beauty of the past and the glow of happier times. But to both of these groups, she is going to be forever young.
KEEP PHOENIX NEW TIMES FREE... Since we started Phoenix New Times, it has been defined as the free, independent voice of Phoenix, and we'd like to keep it that way. With local media under siege, it's more important than ever for us to rally support behind funding our local journalism. You can help by participating in our "I Support" program, allowing us to keep offering readers access to our incisive coverage of local news, food and culture with no paywalls.
Make a one-time donation today for as little as $1.