Get to Know Ozuna, the Latin Rap Superstar Headlining Pot of Gold 2019 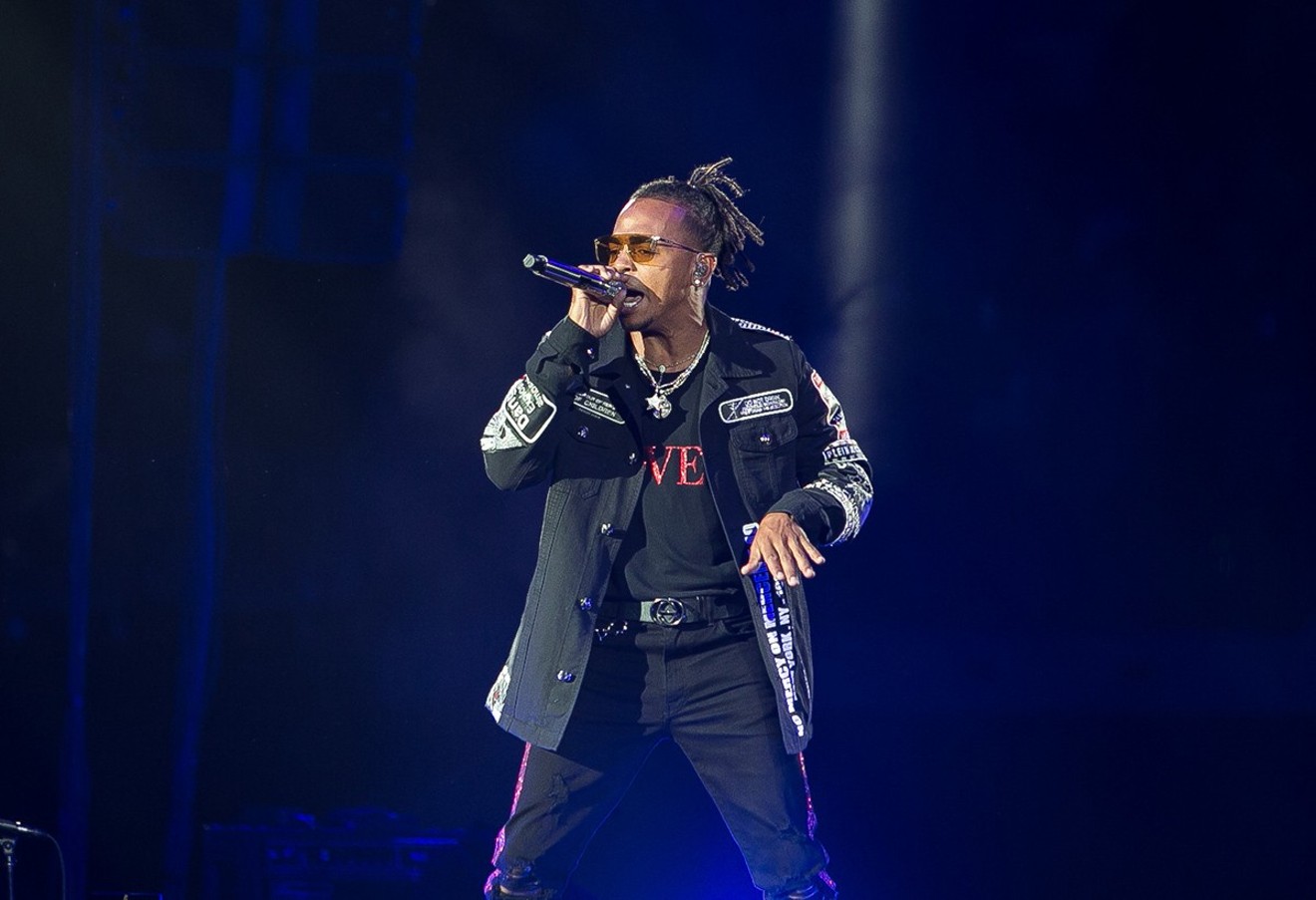 Ozuna will headline this week's Pot of Gold Festival on Friday night. George Martinez / Miami New Times
The video for 2018 reggaeton-inspired dance track “Taki Taki” is fire — literally. The creator, French electro-pop spinner DJ Snake, dances in what appears to be an active volcano with three of the hottest Latin-American acts of the year. American fans flocked to hear Cardi B and Selena Gomez, as the two bilingual musicians flipped effortlessly between English and Spanish melodies on their verses. But it’s the voice of Ozuna, the first vocalist on the rumba-infused track, that is beating on the backdoor of hip-hop, demanding recognition and representation for a culture that has always been an essential part the genre.

To understand who Ozuna is as a performer, one must first understand reggaeton, the Puerto Rican genre that puts a Caribbean spin on hip-hop, and why it’s important within the context of rap music. Marked largely by its heavy reliance on Afro-Latino percussion, reggaeton is a style of pop music that showcases the deep roots of Latin Americans in the United States.

Latin culture has always had an outsize presence in hip-hop. The impact of Puerto Rican rappers Fat Joe and Big Pun on ’90s-era East Coast hip-hop cannot be overstated. Their presence helped to set the stage for reggaeton to break into the U.S. in the mid-2000s. Interestingly, Daddy Yankee of “Despacito” fame is widely credited with introducing reggaeton to the American mainstream with the 2004 smash hit “Gasolina,” which dominated U.S. radio stations that year. At the time, his rapid-fire Spanish rapping was strange new territory for a majority of the U.S.’s hip-hop fan base, but for Spanish-speaking Americans — now numbering an estimated 52.6 million people in 2015, according to Spain’s Instituto Cervantes — Yankee’s arrival and the incorporation of their native language into pop and hip-hop was long overdue.


Ozuna, also a native Puerto Rican, has been even more successful in bringing Afro-Latino music to the mainstream in the present day. He sings exclusively in Spanish, but his sound is so versatile that his fan base is as diverse as it is massive. His reggaeton roots coupled with his popularity have placed his cosign in high demand. The 26-year-old performer's first song with Cardi B, 2017’s “La Modelo” peaked at No. 8 on U.S. Hot Latin Billboard charts. His feature on the hook of Daddy Yankee’s 2017 “La Rompe Corazones” is a natural complement to the dembow, or Spanish dancehall, feel of the track. His impressive rap ability is in full form on songs like “Pa Mi”, a collaborative track with Canadian musician Tory Lanez, released that same year.

Although he’s something of a Latin Music chameleon, Ozuna shines on pop records, and these songs have solidified his fan base. His pop videos earned him the title of YouTube’s most-viewed artist globally last December, mere months after the release of his second studio album, Aura. It’s not hard to see the appeal. “Vaina Loca” featuring Manuel Turizo, a song about the adventure of falling in love with an extrovert, is a Latin coming-of-age tale minus the angst. The infectiously catchy song is accompanied by a vibrant music video that is carefree, reckless, and relatable.

You don’t need a translator to hear the kind of musical quality an artist like Ozuna can produce. It’s something he does very well and very consistently. He holds the record for most YouTube videos with more than 1 billion views.

Hip-hop was named the most popular genre of music in the U.S. for the first time in history by the Nielsen Company in 2017. As an Afro-Latino singer, from an island of Americans with native Latin heritage, Ozuna isn’t simply creating a new lane for similar artists to follow in his footsteps; he is drawing attention to a piece of hip-hop history that has long been overshadowed and serving as a guiding light for Afro-Latinos in music.

Pot of Gold Music Festival 2019. With Ozuna, Lil Wayne, more. Friday, March 15, to Sunday, March 17, at Steele Indian School Park, 300 East Indian School Road; potofgoldaz.com. General admission tickets are $109 to $288 via potofgoldaz.com.
KEEP PHOENIX NEW TIMES FREE... Since we started Phoenix New Times, it has been defined as the free, independent voice of Phoenix, and we'd like to keep it that way. With local media under siege, it's more important than ever for us to rally support behind funding our local journalism. You can help by participating in our "I Support" program, allowing us to keep offering readers access to our incisive coverage of local news, food and culture with no paywalls.
Make a one-time donation today for as little as $1.