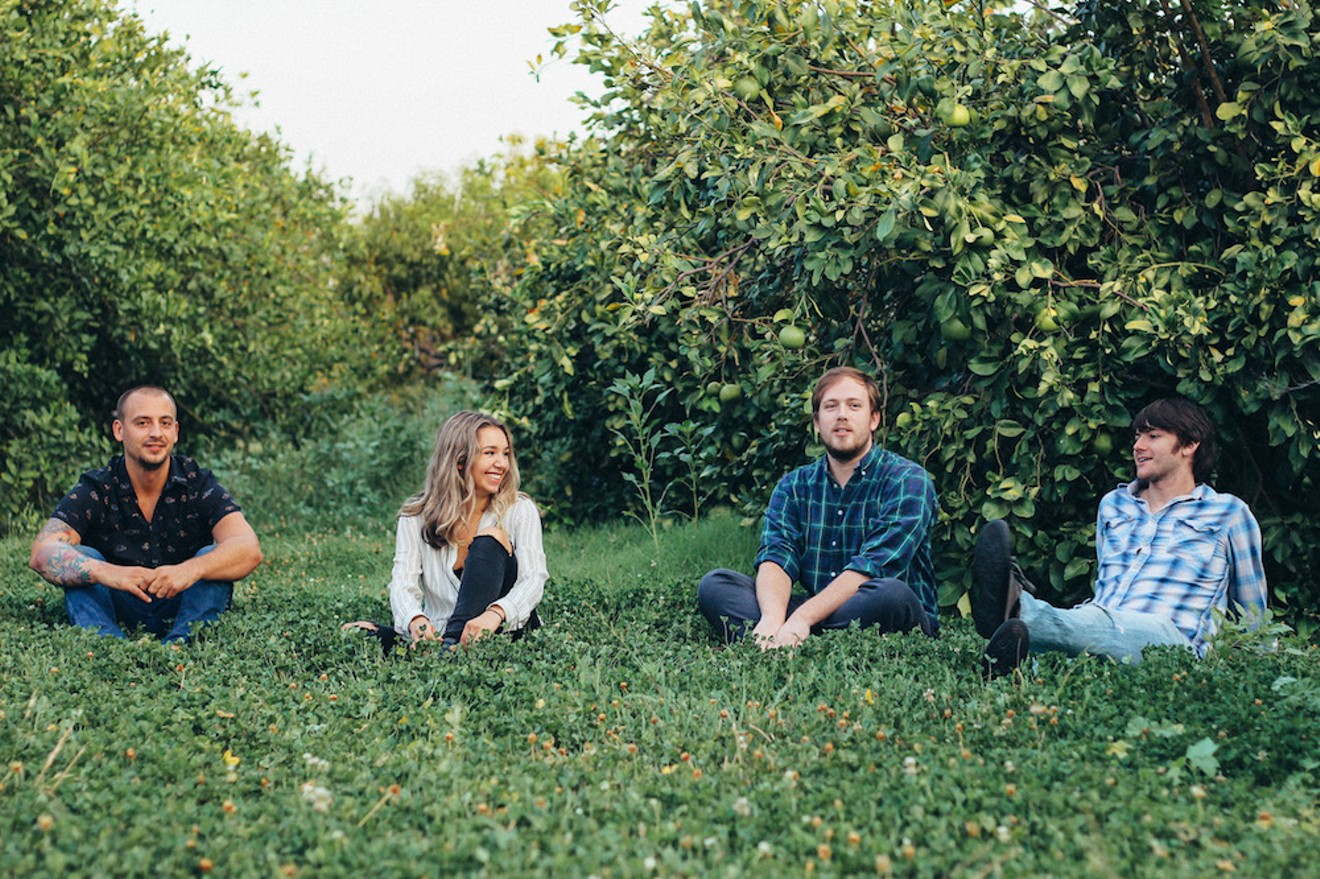 Almost. But after a torched first attempt that the band dropped by the wayside, Don’t saw the light of day in October.

The path to the record's debut, and their upcoming (unofficial) release show at Yucca Tap Room on Saturday, November 16, was not exactly a linear one. Fortunately, for Valley music enthusiasts, this did not do anything to dampen the band’s spirit.

But it did cause some delays. As stated previously, the band’s initial attempt at recording material ended up being scrapped, leaving the band to start from a tabula rasa. Which, to Panic Baby, was a relief. Eventually, the band, who consist of vocalist Raquel Willand, guitarist Jared Wood, bassist Nicholas Smith, and drummer Devin Russel, parted ways with their first producer due to creative differences.

“We were working with one of our friends, who produced the [first take of] album back in July. Recording it became a clash — things didn’t go as smoothly,” says Willand. “He wanted more control than we were willing to give ...We just deleted everything. We left it all behind.”

“It was kind of freeing, in a way,” says Smith.


As a result, the band were able to take the reins more fully. That feeling of empowerment is crystal-clear when listening to the album. Even on the slower tracks, there is an unmistakable enthusiasm that can only be born from true freedom.

“I think that was a big learning experience for us, because I’m sure down the line we’ll end up working with a producer — and now we’ll know how to draw the line,” says Smith.

Also evident on the album is how well the band mesh together. “We’re all agreeable and on the same page,” says Smith. “Ultimately, it’s not about our ideas. It’s just about the songs.”

Their debut is packed full of standards that the band have honed at many a show throughout the nearly three years they have been together. And although it’s a short play, it’s a promising one. Fusing elements of soul, rock, blues, and dance, Don’t gives the listener a taste of even greater things hanging on the horizon.

So what can fans expect from Panic Baby in the months to come? The band will drop another single in January and continue to work on new music. The band will be holding on to several tracks that didn’t make the cut. One of those songs, “Bright Idea,” comes from the band’s reaction to the Trump election, which may be a timelier subject come 2020. The band describe it as a dance-y, upbeat take on an always controversial subject.

But in the more immediate future, look out for a cover of Amy Winehouse’s “You Know I’m No Good.” And what can fans expect at Yucca Tap Room this weekend? Panic Baby is promising that their last show of this decade (yikes) will be a “fun, dancey” one.

“Playing live is my favorite aspect of being in a band. I hate recording,” Willand laughed.
KEEP PHOENIX NEW TIMES FREE... Since we started Phoenix New Times, it has been defined as the free, independent voice of Phoenix, and we'd like to keep it that way. With local media under siege, it's more important than ever for us to rally support behind funding our local journalism. You can help by participating in our "I Support" program, allowing us to keep offering readers access to our incisive coverage of local news, food and culture with no paywalls.
Make a one-time donation today for as little as $1.