The Breeders' Kelley Deal on Road Trips and Writing Lyrics 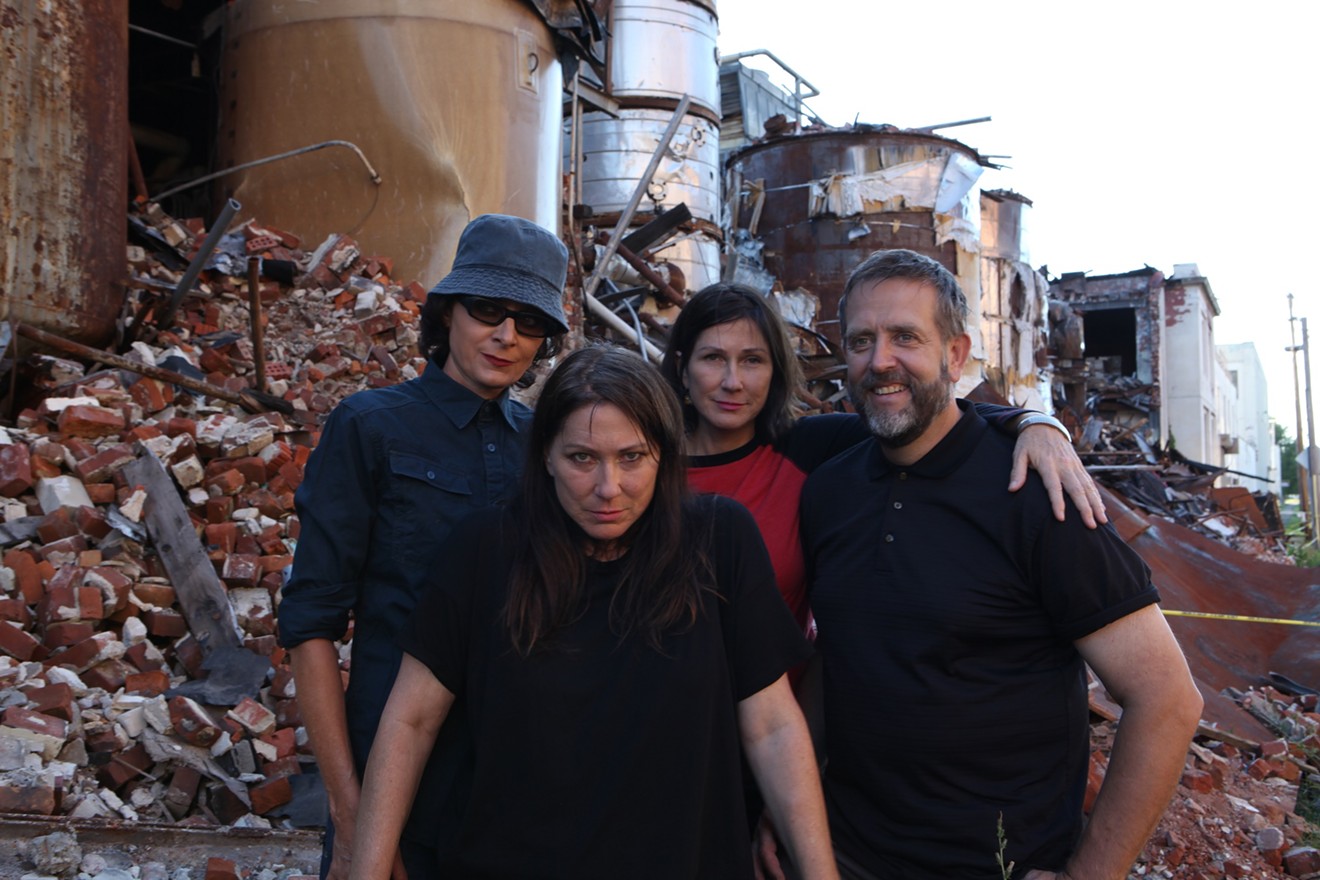 The Breeders, left to right, Josephine Wiggs, Kim Deal, Kelley Deal, and Jim Macpherson Marisa Gesualdi
When Kim Deal got the Breeders going in 1989, with the help of Tanya Donnelly from Throwing Muses, she was still knee deep in the Pixies.

A year later, Pod was released, a gritty mix of girly vocals and a stark-and-dark rock that got plenty of people hooked. Critics and peers were especially vocal about the stickiness of the recording and its haunting nature that was mildly benevolent but still kept you looking over your shoulder.

The next couple of years were rough ones for the Pixies and they called it quits. Sure, the Breeders gave that band’s fans a Kim-centric cushion to fall upon but it was already evident that they were a powerhouse, themselves, without that Pixies tether.

If you didn’t find them via Pod, when Last Splash came out in 1993, you sure as fuck knew who the Breeders were then. “Cannonball” was the song everyone was either singing or wishing they wrote. Other hits like “Divine Hammer” and “Aloha” were as infectious. At this point, the band’s original lineup had changed, and Kim’s sister Kelley Deal joined Kim on guitar, Josephine Wiggs was on bass, and Jim Macpherson banged the drums.

There were some switch-ups in personnel since, but currently that Last Splash lineup has found its way back together. They recorded a brash and hard-hitting new record called All Nerve. We caught up with Kelley Deal to talk about how it’s going and what she’s up to on the side.

Let’s talk about All Nerve. It’s got a steady intensity front to back. Not necessarily angry or angsty but thick and hearty.
It’s funny that you're talking about that because there's not a lot of pop songs on this record. A little bit of pop and some quirkiness, but yes, I’ve noticed that. In terms of it being more driving, I think the songs are a little more in line with where we are at in our lives.

Are you playing a lot of this new one on tour?
Oh yeah. We play quite a few of the songs. I'm trying to think if there's anything we don't play. There's maybe two that we don't play from the album.

Over the years, the band has had some lineup changes. Currently, it’s the same team that recorded Splash. Making All Nerve found you all back together for the first time since, right? How did that feel?
Yes, it was our first time back together. I thought it would be very different somehow and I ended up being amazed about how similar and familiar it all ways. Not only did we have the same instrumentation, we actually used some of the same instruments. I was looking around thinking, “Oh, there’s Josephine’s guitar, or there’s Jim’s Gretsch kit from back then.” All of it was so familiar. It was a mix of everything that goes on in the studio, the internal messages you’re giving yourself, and the creative, fun, and super-weird stuff that happens working together. Everyone’s really connected.

How are people responding to the live show?
Really well! A lot of people are singing along with all the new songs, which is great. And one thing I’ve noticed too is that a lot of parents are bringing their kids of a certain age. You can tell that they are loving sharing the moment with the kids.

But in 10 years, they’ll be telling their friends how awesome it was.
Exactly. It's like when I went to see the Beach Boys with my parents as a kid. At the time I was just like, "This is such boring old people's music, right." Now I wear it as a point of pride that one of my first concerts was the Beach Boys. It was the actual Beach Boys, too, like the Beach Boys, not some weird iteration of the band.

In addition to the Breeders, are you doing any other projects right now?
I am! I do a project with my buddy Mike Montgomery called R. Ring. It was funny when he suggested the name, I thought to myself, ‘he's gonna have a fun time explaining what the name means." And it got to the point where I watched him be so over it — having to explain it (laughs). R. Ring, however, is how they refer to the right ring finger during fingerprinting. From there, Mike can wax philosophic about what that might or might not mean.

So what does R. Ring have going on?
I’m going to his studio, Candyland to start working on some new songs. The Breeders actually did some recording there for this new record. It’s in Dayton, Kentucky. We made the 40-minute drive from Dayton, Ohio, to Dayton, Kentucky, which is surreal. We also did some stuff recently with Protomartyr. Mike and I produced their recent EP, and I sang on a couple of those tracks.

They’re great.
Yes, their singer Joe Casey, his lyrics are crazy good; amazing. That’s one thing I truly appreciate about other bands. I suck at lyrics; I hate the process. Kim is great at it – one of the songs she’s writing now, the lyrics are so good. It just amazes me. I know that both Kim and Joe work really hard at it, but they make it sound effortless.

The Breeders are scheduled to perform at 8 p.m. on Saturday, September 29, at Marquee Theatre, 730 North Mill Avenue, in Tempe. Tickets are $30 to $60. Call 480-829-0607 or visit marqueetheatreaz.com.
KEEP PHOENIX NEW TIMES FREE... Since we started Phoenix New Times, it has been defined as the free, independent voice of Phoenix, and we'd like to keep it that way. With local media under siege, it's more important than ever for us to rally support behind funding our local journalism. You can help by participating in our "I Support" program, allowing us to keep offering readers access to our incisive coverage of local news, food and culture with no paywalls.
Make a one-time donation today for as little as $1.