Here Are The Funniest Submissions From ADOT's Highway Sign Contest 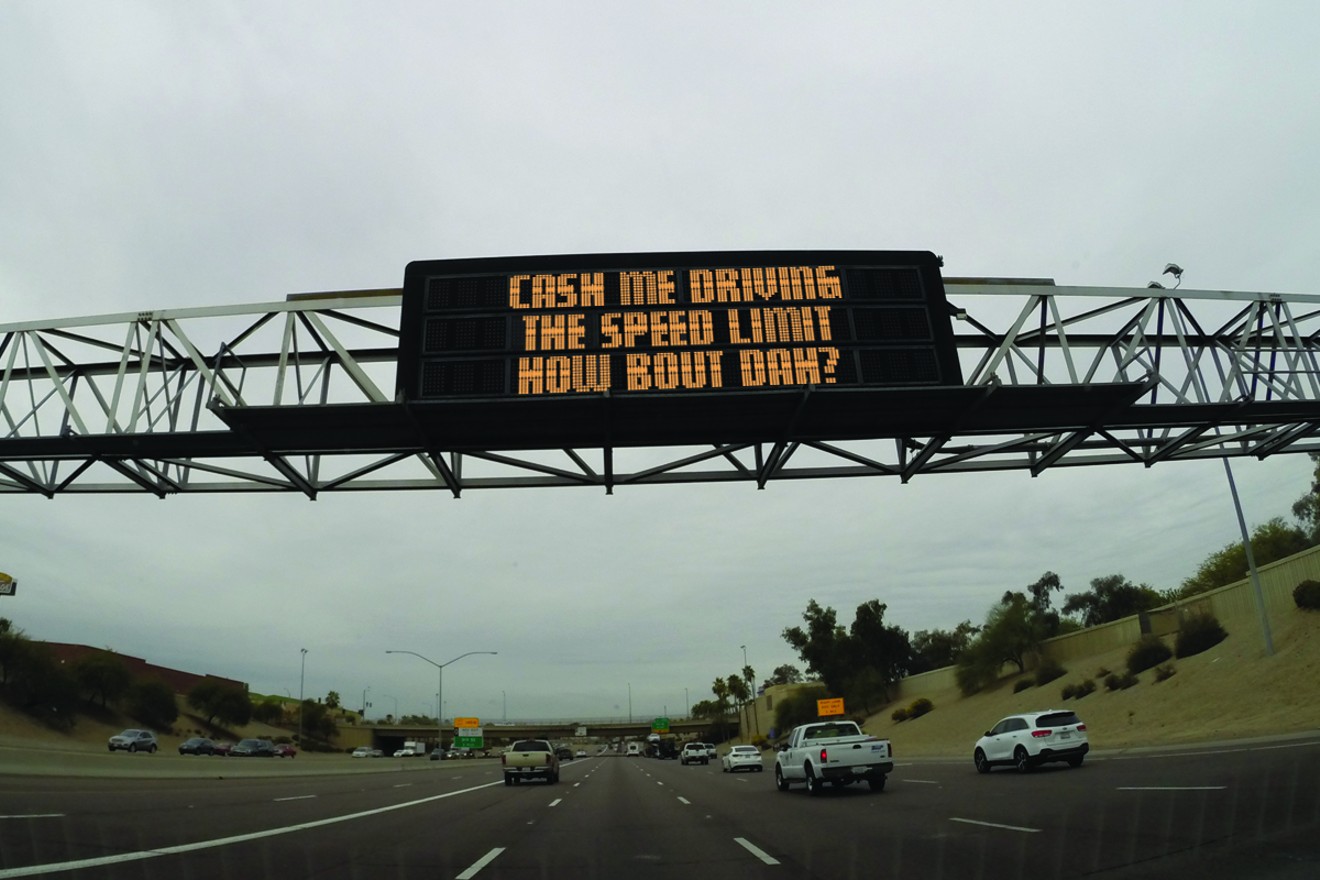 New Times
Danielle Bregoli, better known as the "Cash Me Outside" girl, has been featured in a rap video, had her face printed on a blanket, and received multiple offers to star in her own reality TV show.

The 13-year-old Florida native became an internet celebrity after a video of her threatening the "hos" in the audience at a taping of Dr. Phil went viral. "Cash me outside, how bow dah?" she memorably demanded, spawning hundreds — maybe thousands — of Twitter jokes.

She now reportedly makes $30,000 for a single meet-and-greet.

But she won't have really made it as a meme until her now-infamous quote gets turned into an ADOT traffic safety message. Which is why we think "Cash me driving the speed limit — how bout dah?" should win the Arizona Department of Transportation's highway sign contest.

Alas, it didn't make the list of the agency's 20 finalists. You can vote on them here.

Back in February, ADOT issued a challenge: Prove you're funnier than us. Anyone could submit their ideas for traffic safety slogans, and then ADOT would pick two winning entries to display on overhead highway signs.

Through a public records request, we obtained the full list of submissions — nearly 7,000 in total.

They offers some insight into what bugs Arizona drivers the most: mainly, people who don't use their turn signals, or who insist on tailgating. Also, a lot of men are deeply concerned about women putting on makeup while driving. (Women don't seem to see this as a problem. Or at least they're not writing public service announcements about it.)

A handful of people people took the contest as an opportunity to gripe about ADOT's signs, writing lengthy harangues about how humorous messages only serve to distract drivers, and will inevitably cause a car accident that costs the state a lot of money.

These people, presumably, are a lot of fun to hang out with at parties.

Also, one woman wrote a lot of Taylor Swift-themed submissions, for reasons that are unclear. (Sample entry: “SPARKS FLY AT A T-SWIZZLE CONCERT, NOT THE ROAD.”)

None of the signs we like best made the finals, but here are the ones we think should have been included. 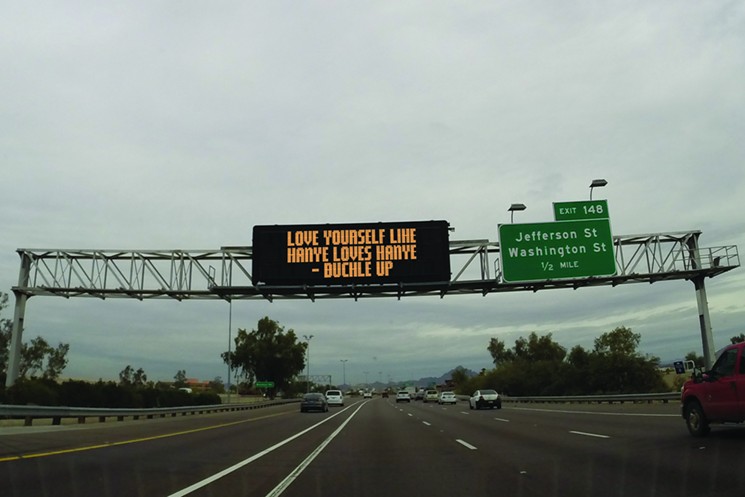 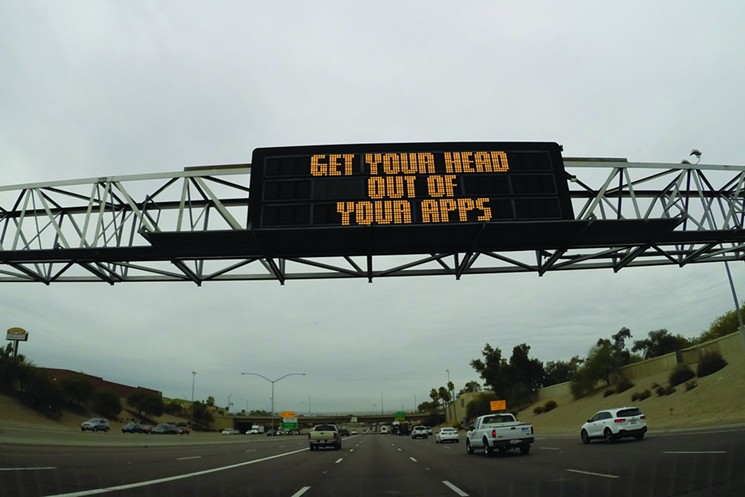 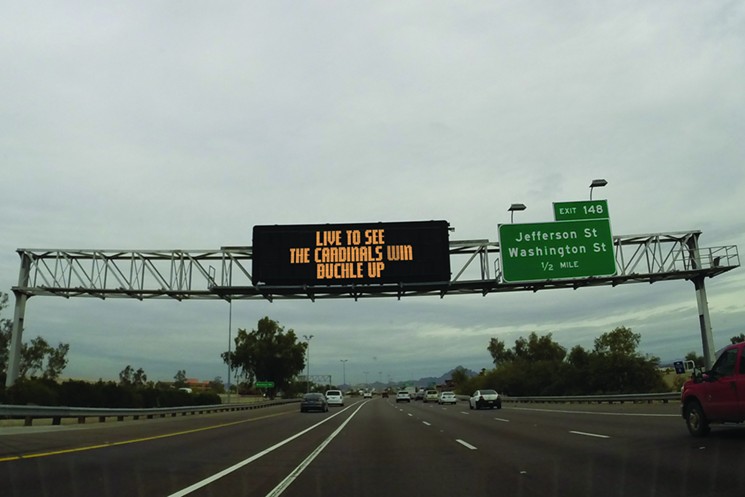 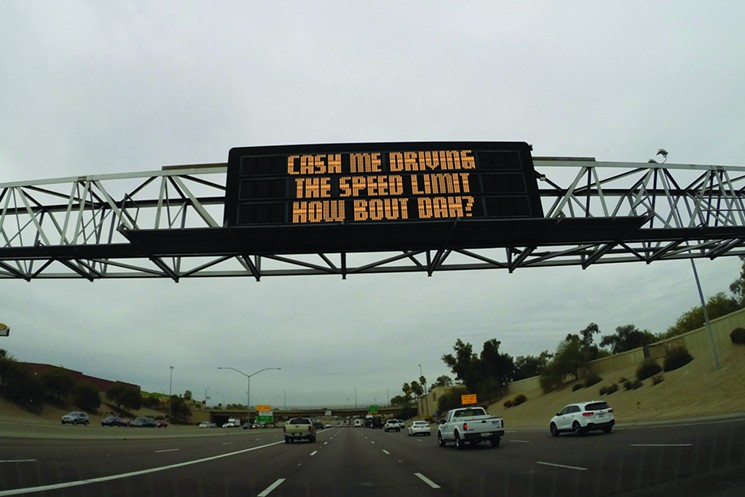 New Times
Submitted by Stella (who was not the only person to reference this meme, but did it best). 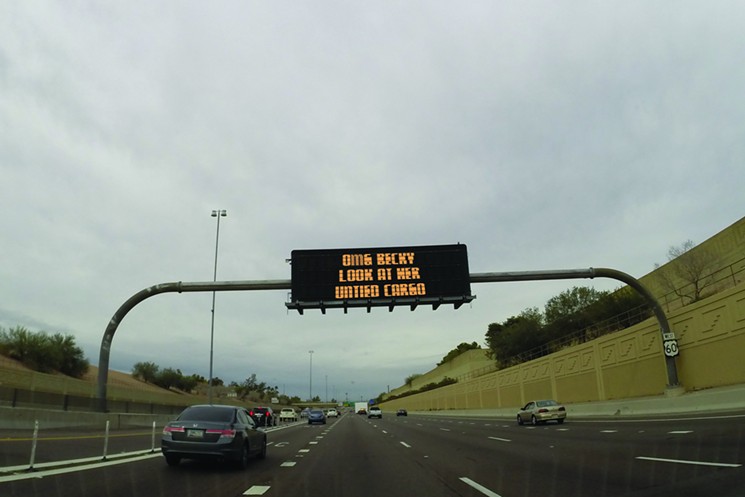 6. "Put Phones Away For Harambe" 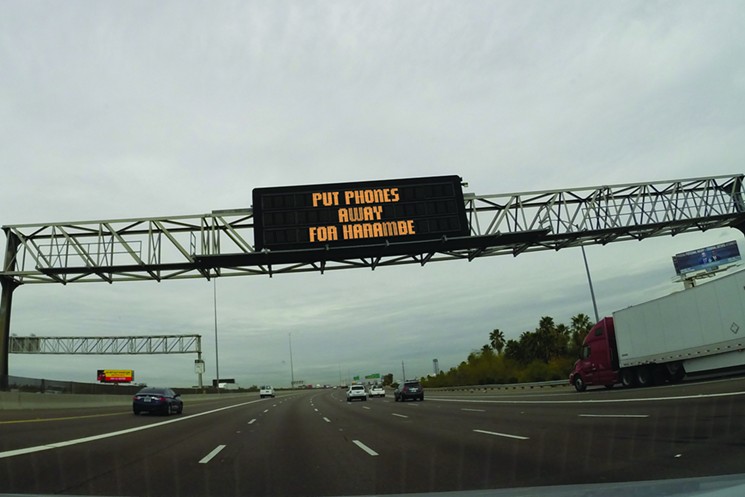 7. "What's Worse Than Pineapple On Pizza? A Car Wreck" 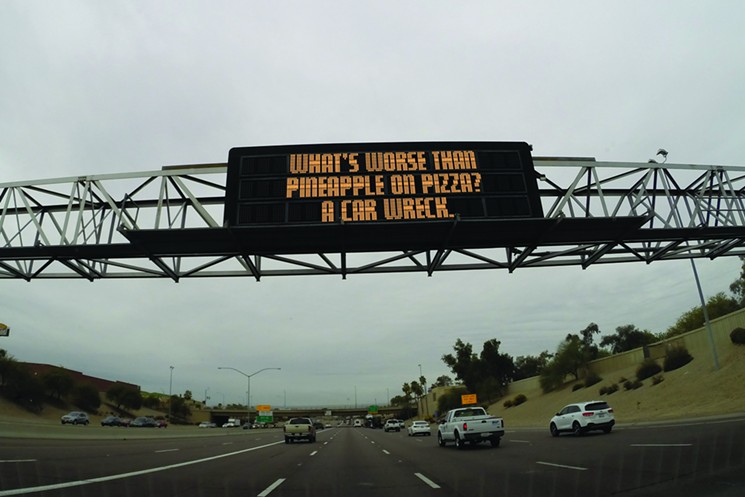 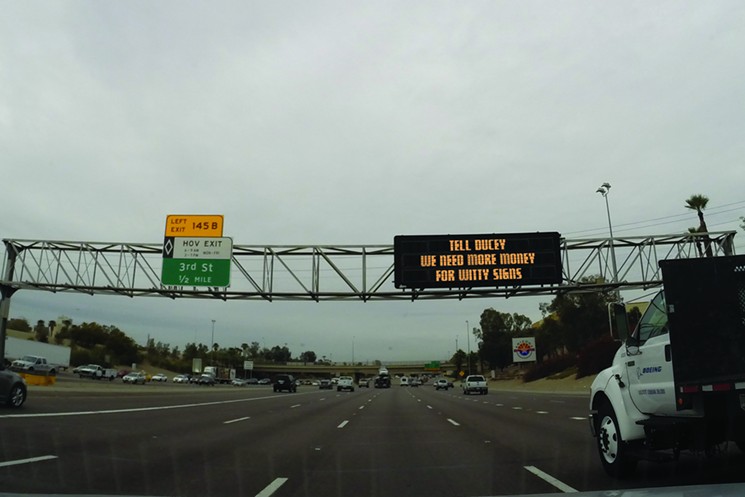 9. "Rain Drop Drop Top, Buckle Up or Get Stop Stopped" 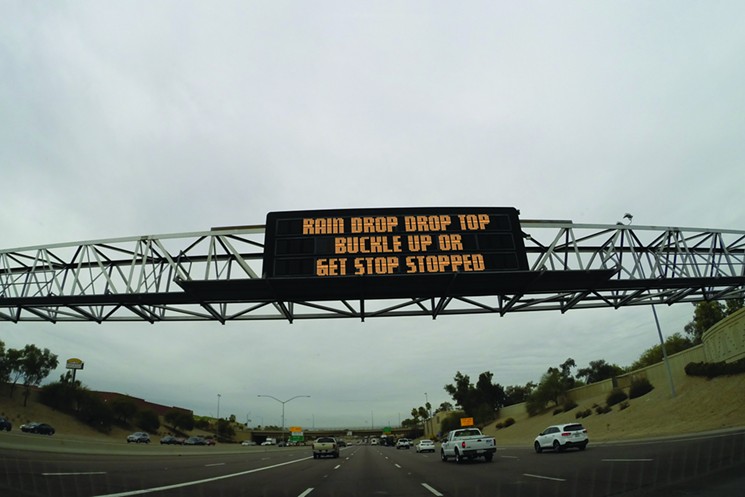 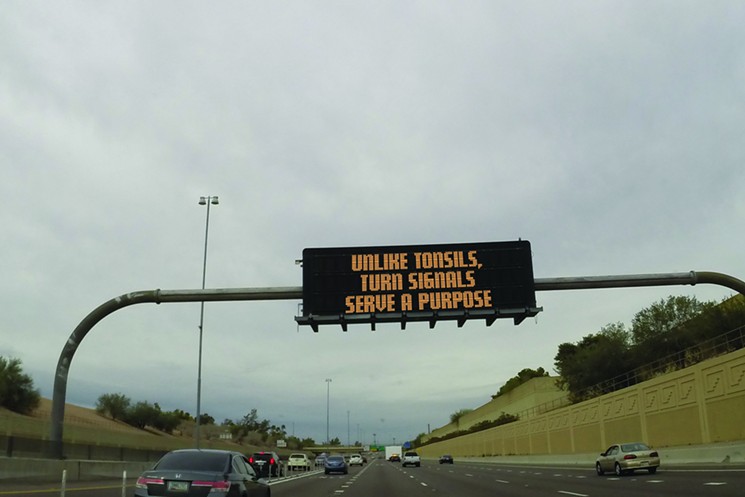