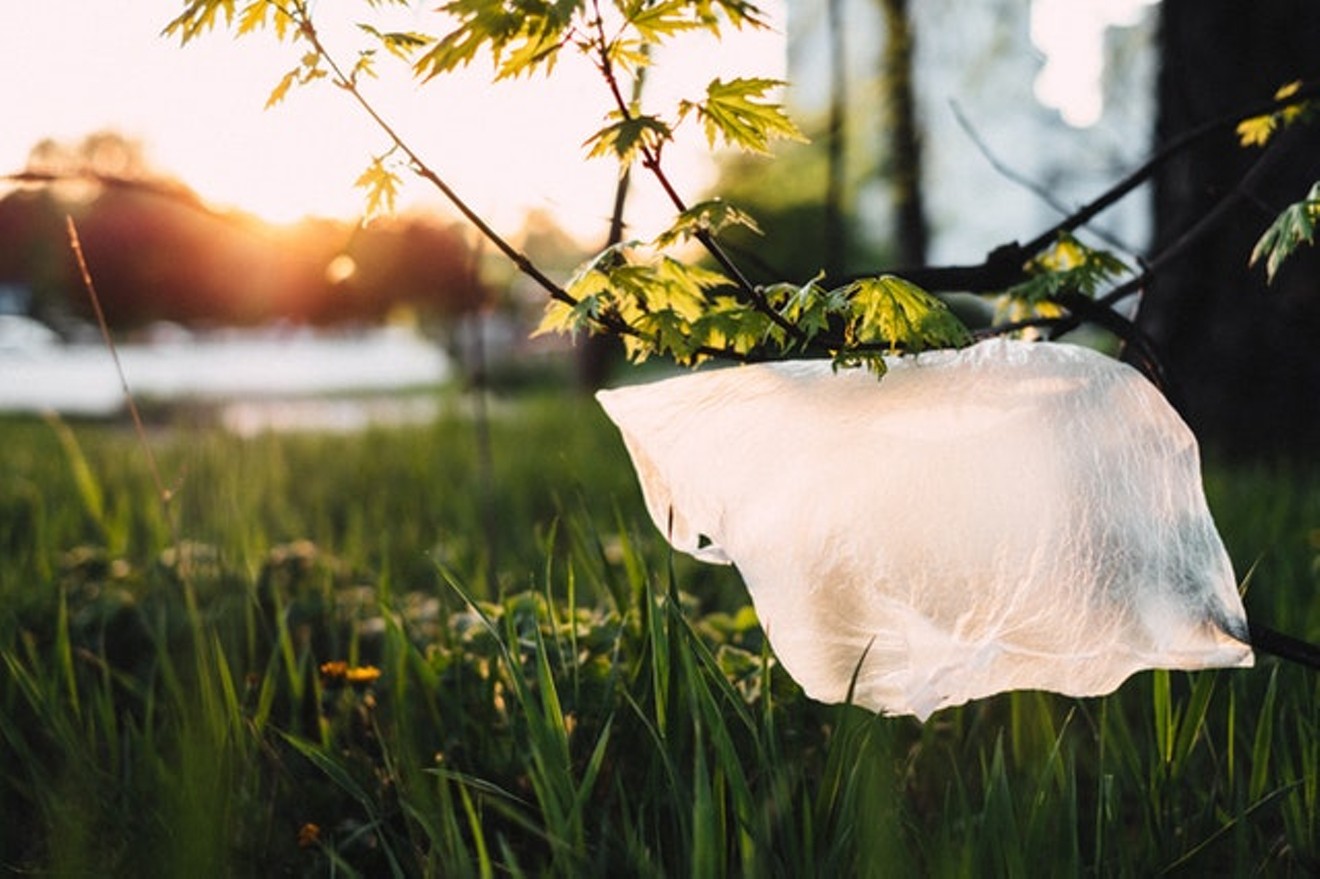 No banning plastic bags in Arizona. Public domain, Freestocks.org
During his State of the State speech on Monday, Republican Governor Doug Ducey announced that he wants to ban "sanctuary cities," the colloquial term for places where local cops limit their cooperation with federal immigration authorities.

The governor was responding to a failed attempt in Tucson to pass a sanctuary ballot initiative in November. Although we haven't seen the bill yet, Republican State Representative T.J. Shope has been tapped to sponsor a ballot referral — meaning a bill that legislators vote to send to voters — to ward off any other cities that might try to make things friendlier for undocumented immigrants.

Ducey's anti-sanctuary proposal is hardly the first time Arizona lawmakers have tried to strip power from cities to prevent them from passing progressive policies. Known as "pre-emption laws," legislation sticking it to city councils on behalf of special interests is a cherished tradition in the Arizona Capitol. We even have a law — known as the "mother of all local pr-eemption bills" — granting state authorities the power to withhold funds from any city that defies state law.

1. Airbnb gets a law banning local short-term rental regulations. Short-term rentals, listed on sites like Airbnb and VRBO, have exploded in the Valley over the last decade. That's great for tourists or business travelers, but the unfettered growth of Airbnb homes also exacerbates housing shortages and encourages nuisance-prone party homes. Local regulations could potentially keep such unintended consequences at bay, but the Arizona Legislature passed a bipartisan law in 2016 making that impossible. Supported by Airbnb and the Goldwater Institute, the law ensures that investors can list as many properties as they want on short-term rental sites, allowing landlords to turn entire apartment buildings into hotels. In the past couple of years, some lawmakers have said that unleashing Airbnb without any constraints might have been a mistake, and have pledged to work on new regulations.

2. Arizona's state government stopped Tucson from destroying confiscated guns. Arizona is one of many states with National Rifle Association-baked laws blocking cities from passing gun control policies that go further than state policy. But Arizona is probably the only state where the attorney general sued to stop a local police department's policy of destroying (rather than reselling) guns seized during criminal investigations. Tucson, the site of one of the country's most high-profile mass shootings in the last decade, found itself on the bad end of that law, which allows the state to withdraw funds from cities that defy pre-emption policies. The city stood to lose $115 million after Republican State Representative and deep-state conspiracy theorist Mark Finchem called Attorney General Mark Brnovich's office to complain that Tucson's policy of destroying confiscated guns violated a 2013 law requiring cities to sell such weapons. The case went all the way to the Arizona Supreme Court, which sided with Brnovich's office.

3. Arizona also stopped Bisbee from banning plastic bags. Bisbee, the historic mining town known for its  historic storefronts and stunning mountain views, tried in 2012 to keep its streets pristine by banning single-use plastic bags. Three years later, the Legislature passed a law prohibiting cities from regulating retail bags, boxes, and bottles — basically any container sold in a store. A series of events similar to Tucson's gun control saga led Brnovich to sue Bisbee over the bag ban, potentially costing the town about $2 million in state-shared tax revenue. With about a fourth of its budget on the line, Bisbee relented and overturned its plastic bag policy.

4. Cities can't pass inclusionary zoning laws. Arizona is in the midst of a housing crisis. A recent report found that the state has the third-worst affordable housing shortage in the nation. Elsewhere in the nation, cities grappling with such shortages have passed an array of rules — such as inclusionary zoning policies and minimum housing affordability laws — requiring developers to set aside some housing for low-income residents. Not so in Arizona, thanks to a 2015 law signed by Governor Ducey banning ordinances "that establish the sale or lease price of certain property or that require certain property be designated for sale or lease to a particular group of residents."

5. Tempe mulled mandatory sick leave. Ducey said no. So voters passed it themselves. Here's a little bit of a different story arc for you. In 2015, City Council members in Tempe were openly discussing mandating that certain employers provide paid sick leave to workers, joining a handful of cities that have passed such policies. The next year, Governor Doug Ducey vowed to punish any city that gives workers benefits beyond state requirements, with the same sort of tax revenue penalty that Tucson and Bisbee would later face. The Legislature, at the behest of business interests like the Arizona Chamber of Commerce, passed a bill that gave the state the sole authority to determine wage and benefit requirements, leading Tempe to back off. You know the rest of the story. In November 2016, voters approved Proposition 206, which not only instituted a statewide minimum wage, but mandatory paid sick leave too. The moral of the story? Pre-emption trumps local control, but if the will is strong enough, Arizona voters can trump pre-emption.
KEEP PHOENIX NEW TIMES FREE... Since we started Phoenix New Times, it has been defined as the free, independent voice of Phoenix, and we'd like to keep it that way. With local media under siege, it's more important than ever for us to rally support behind funding our local journalism. You can help by participating in our "I Support" program, allowing us to keep offering readers access to our incisive coverage of local news, food and culture with no paywalls.
Make a one-time donation today for as little as $1.
Steven Hsieh was a staff writer for Phoenix New Times from August 2018 to April 2020.
Contact: Steven Hsieh
Follow:
Twitter: @stevenjhsieh