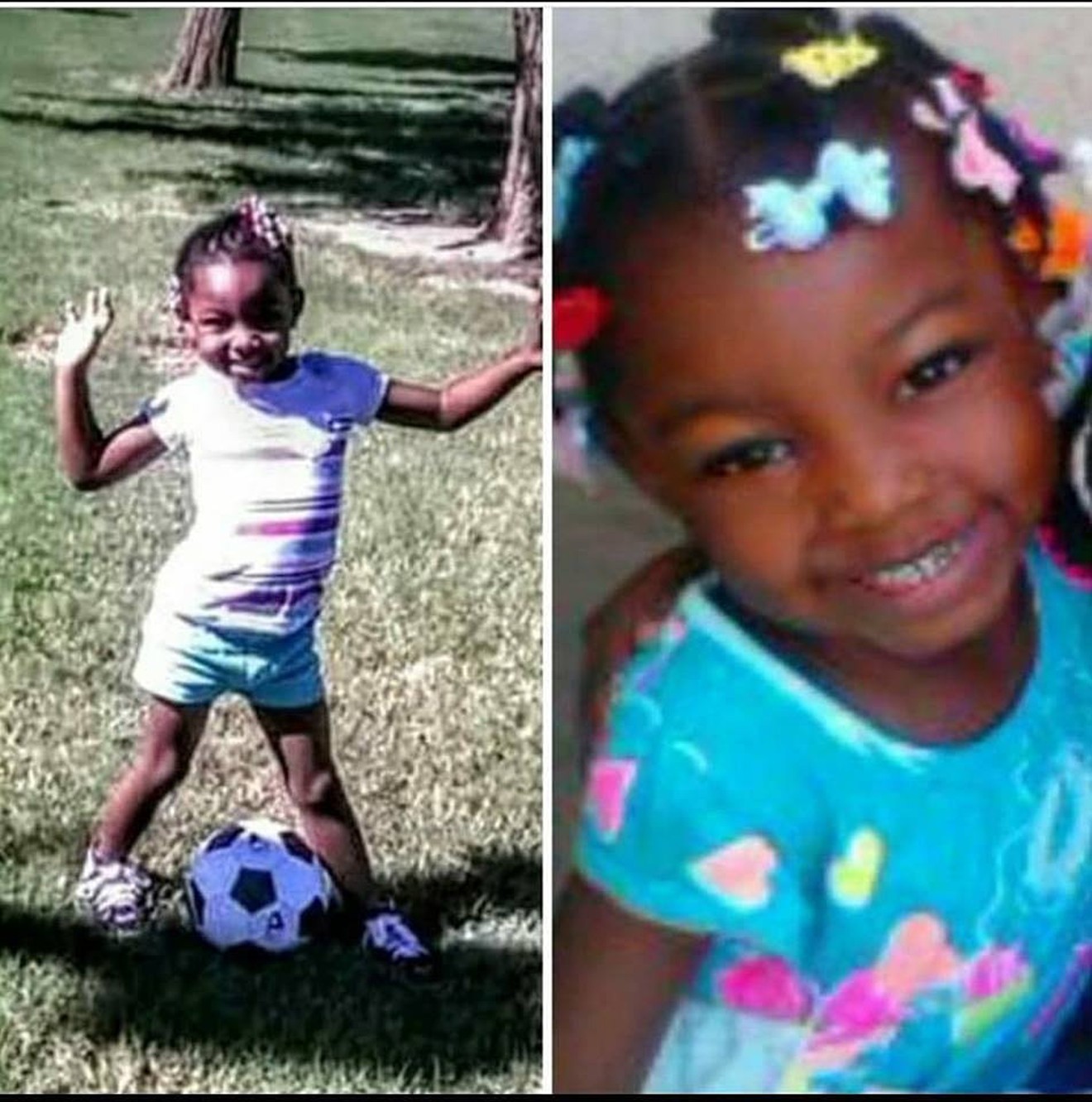 Sanaa Cunningham, who died at age 7. Courtesy of Sylvia Norwood


A Maricopa County Superior Court judge gave himself a week to decide if a former Phoenix cop and his Australian wife will continue to face a first-degree murder charge and the death penalty in the death of his 7-year-old daughter.

Judge Michael Kemp sent mixed signals Friday. He told defense lawyers he rejected some of their arguments to dismiss the murder charge or send it back to a second grand jury for a rethink. But he also found fault with some of the factual inaccuracies prosecutors presented the original grand jury.

Kemp left the door open to four possible outcomes. He could dismiss the murder charge, which carries the possibility of the death penalty. He could remand it back to a new grand jury. He could order prosecutors to reword and clarify it. Or he can leave it in place.

Kemp gave lawyers until the end of next week to cite legal authorities to guide his decision.

"Remand may not be an appropriate remedy,  but dismissal may be. The defense could file a motion to dismiss, and I will consider it," Kemp said. "There are substantial discrepancies between what was presented to the grand jury and the facts in this case."

In December, county prosecutors charged 39-year-old Germayne Cunningham and his 43-year-old wife, Lisa, with 10 counts of felony child abuse and one of murder, 10 months after his daughter Sanaa died of complications to pneumonia in February 2017. Friday's court action has no bearing on eight of the child-abuse allegations.

In August, Kemp ruled that enough evidence exists to pursue the death penalty in the murder charge and to jail the Cunninghams for the first time. 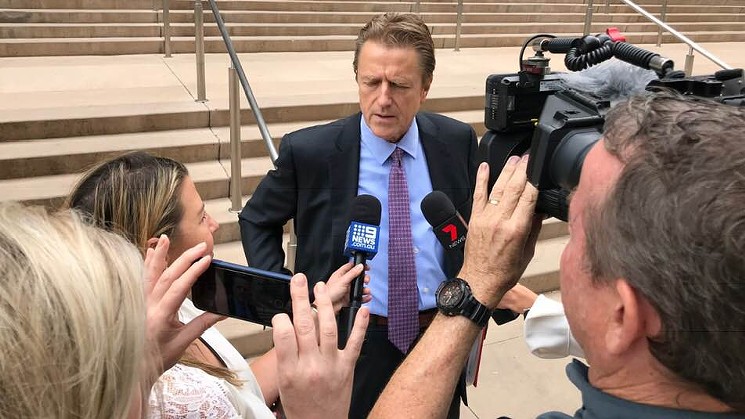 On Friday, Kemp walked through a series of legal challenges to the validity of those charges, telling defense lawyers that they were either insufficient to derail the murder charge or would appropriately be dealt with in a jury trial set for the summer of 2020.

Then he highlighted a handful of issues that he deemed potentially problematic. They were: whether a septic foot wound contributed to Sanaa's death, what exhibits prosecutors showed grand jurors, and whether the language in three of the counts adequately told the Cunninghams what they are alleged to have done. The biggest issue, though, was the timeline on the final 24 hours of Sanaa's life.

"The timeline is way off," Kemp told prosecutors. Based on the testimony of Goodyear lead detective Noah Yeo, prosecutors told grand jurors Sanaa died not long after 2 a.m. on February 12, 2017, an hour after the Cunninghams took her in for treatment. In fact, she was seen by a series of ER doctors and was pronounced dead closer to 5:30 a.m.

The timing may be critical to determining if Sanaa died from a murder or medical mishap. Prosecutors argue the death was the accumulation of weeks of neglect, while defense attorneys say the Cunninghams had no idea Sanaa's condition was fatal and even ER doctors didn't properly treat it at first.

Police and prosecutors argued in court that the Cunninghams handcuffed Sanaa, put her in a makeshift straitjacket, and locked her in a laundry room. After she got ill, her condition worsened and, while being given strong antipsychotic drugs, she turned catatonic. Prosecutors say the couple neglected Sanaa and that the restraints killed her.

The Cunninghams have pleaded not guilty to all of the charges. They have said everything they did was to protect Sanaa from herself and her siblings, that they were overwhelmed trying to care for a girl who they claim ate doll hair, defecated uncontrollably, and heard voices compelling her toward violence. Germayne and Lisa Cunnigham may face the death penalty.
Courtesy of Maricopa County Jail
The case has captivated the Australian public. No Australian has been executed in the United States since the California Gold Rush in 1851. No Australian woman has ever been executed here. Australia banned capital punishment in 1976.

If Kemp rejects the murder charge, then the death penalty, at least in the short term, would be taken off the table.

There were plenty of Australian news crews visible and accents audible on Friday in Courtroom 5D of the county’s south tower courthouse.

They, along with Lisa Cunningham's 21-year-old daughter, Cierra Anderson, absorbed 75 minutes of oral arguments about the merits of the murder charge.

Defense attorneys argued, once again, that the indictment was ill-conceived and built on legal quicksand. The state never claimed in the indictment that the restraints led to Sanaa’s death, defense lawyers have argued. Prosecutors had declared that Count 9 was the underlying crime that led to the murder. But Count 9 said nothing about restraints, only vague wording alleging that the Cunninghams put their daughter “in a situation” that endangered her health.

How, Lisa Cunningham once asked in a text to her cousin, could the couple premeditate pneumonia?

"The grand jury did not issue an indictment that contains a specific fact," Kessler argued, noting the first eight child abuse counts were specific and clear. Instead, prosecutors never spelled out the factual basis for what the Cunninghams were accused of doing that killed Sanaa. "Without knowing that fact, how does my client defend against it?" 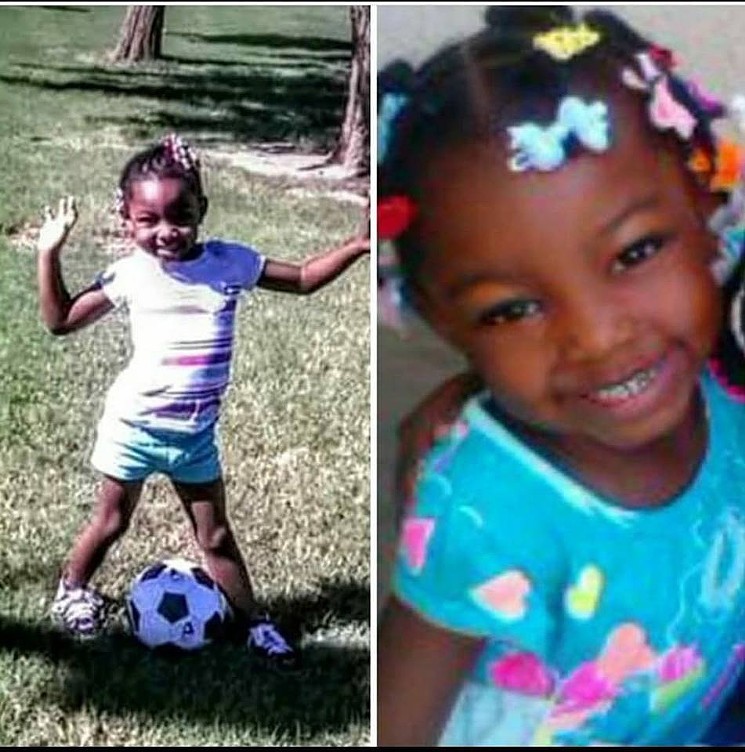 Sanaa Cunningham, who died at age 7.
Courtesy of Sylvia Norwood
Kemp reminded him what prosecutors said in the August hearing.

"I'm not willing to bet my client's life on it," Kessler replied.

Defense lawyers have also been eager to point out gaps or disparities in the case which has been riddled with irregularities from the off. Among them: The autopsy did not rule Sanaa’s death a homicide. Goodyear police waited three weeks to collect evidence from garbage bags at the house, which were on the street for anybody to access. They still don’t have DNA results from restraints they found. A forensic analysis of Lisa Cunningham’s text messages had dates that were wrong by more than 10 years. Police never interviewed the doctor that prescribed the antipsychotic. They told the grand jury that Sanaa died three hours before she actually had.

"That is a gross misstatement of the facts and as material as it gets," Kessler said. "Had Detective Yeo given accurate testimony they (grand jurors) could have asked all kinds of questions about the treatment."

Kessler said prosecutors misled and manipulated the secret panel, which he told Kemp represented prosecutorial misconduct. He has not filed a motion alleging that in court, however.

Prosecutors stuck to their case. Doctors and pathologists both told them that because Sanaa was restrained and confined to a playpen too small for a child her size, she could not cough out the septic fluid in her lungs. Texts between the parents showed that they waited 14 hours to take Sanaa to doctors after she was unresponsive and so cold a thermometer failed to get a reading. Texts also showed the couple used restraints but didn’t tell police about them.

Sanaa was a happy, healthy girl in 2015 before Lisa Cunningham moved into the Goodyear house. There were no accounts of Sanaa’s troubling symptoms witnessed by anyone outside the family. Prosecutors said the Cunninghams went “doctor-shopping” to get a diagnosis they wanted, and ignored medical advice they didn’t like.

Prosecutor Joshua Clark argued the indictment was clear: A pattern of abusive behavior from February 7 through February 12 killed Sanaa. He noted that Sanaa progressively got worse throughout that week, such that she couldn't eat, couldn't urinate and turned catatonic.

"That was all witnessed by the defendant. He took a video. He was definitely aware she needed medical treatment and he didn't seek it," Clark said.

"The pneumonia didn't start on February 11. It's part of the larger story," Clark added, pointing out that sepsis takes time to overcome a body. "It was too late for Sanaa, no matter what time Detective Yeo testified to."

Sylvia Norwood, mother of Sanaa Cunningham, after a hearing in January 2018 in the murder trial of her daughter.
Sean Holstege
The case has left a bitter taste in mouths of members on both sides of the blended family. Both claim a sense of burning injustice.

Sanaa’s biological mother, Sylvia Norwood, and others, have wondered why police never issued an arrest warrant and why the Cunninghams were allowed to walk free on no bond for eight months after their arraignment, despite the severity of the accusations against them.

That side of the family wonders why nothing was done while Sanaa lived, despite three visits by Arizona Department of Child Safety agents and one by Goodyear police. None of the official reports from those investigations has been released, following court orders to seal them and to place a gag order on the case. Family members wonder why it took eight months to complete the post-mortem, another two months to charge the Cunninghams, and why DCS waited 10 months to report the suspicious death, when state law says it must be done “promptly.”

But Lisa Cunningham and her family back in Australia have expressed outrage, too. Cunningham questioned in a text message why the state, which deemed her texts about Sanaa so incriminating, never presented them when officials took her youngest children and placed them in foster care. A cousin, living near Adelaide, called the U.S. justice system “barbaric,” and a sham, while an uncle told the Australian Broadcasting Corp. that the accused mother wouldn't hurt anyone.

On the courtroom steps Kessler told three Australian news crews, "I am glad the judge is taking our arguments seriously."

Prosecutor Clark left without speaking to reporters.
KEEP PHOENIX NEW TIMES FREE... Since we started Phoenix New Times, it has been defined as the free, independent voice of Phoenix, and we'd like to keep it that way. With local media under siege, it's more important than ever for us to rally support behind funding our local journalism. You can help by participating in our "I Support" program, allowing us to keep offering readers access to our incisive coverage of local news, food and culture with no paywalls.
Make a one-time donation today for as little as $1.