Girl in the Box: Death Sentence Upheld for One of Ame Deal's Killers 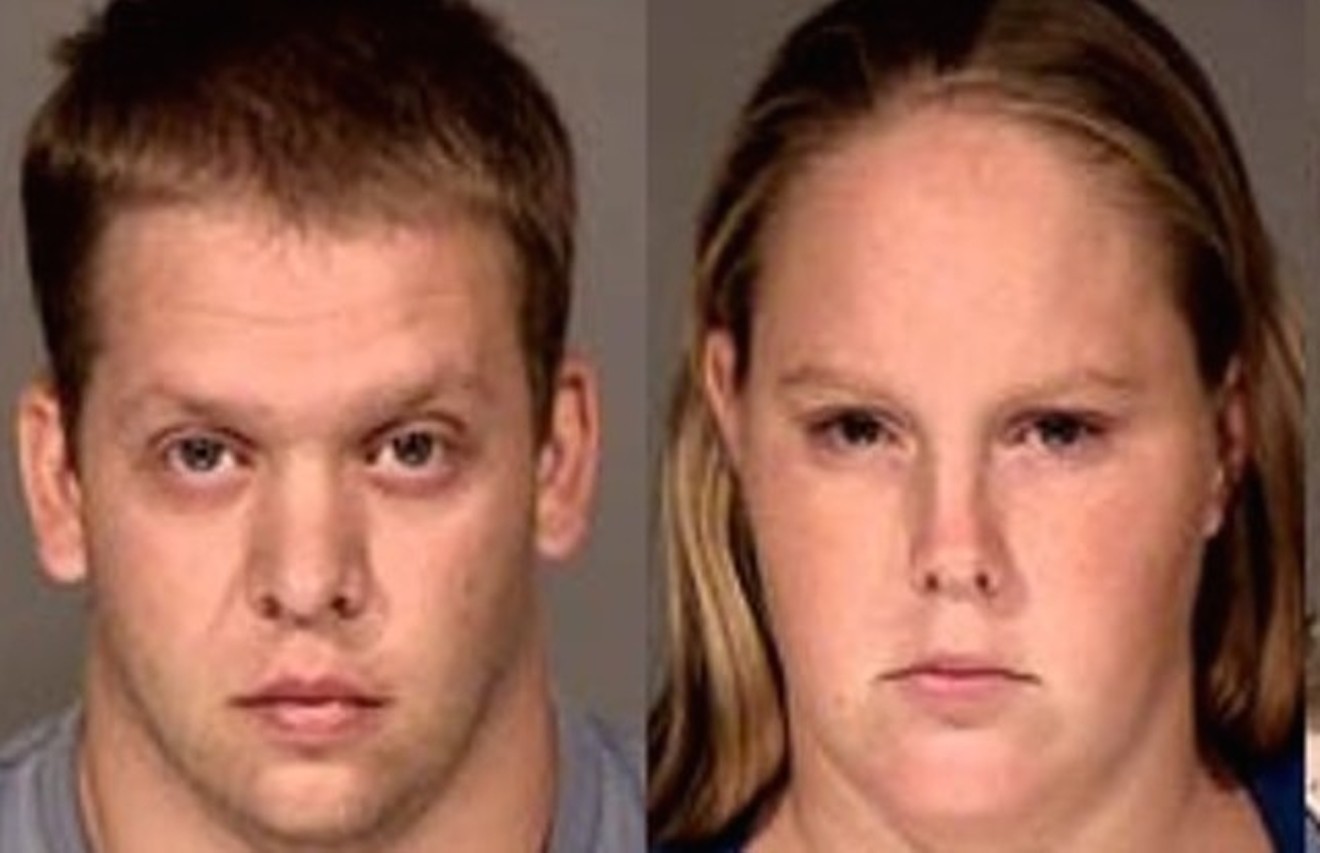 John Allen and Sammantha Allen, husband and wife, both received the death penalty for the murder of Ame Deal. ADOC
It has been 11 years since 10-year-old Ame Deal was murdered — forced inside a plastic footlocker in the heat of an Arizona summer and left to die.


And it's been nearly five years since Ame's cousin, Sammantha Allen, was convicted of the girl's murder and child abuse and sentenced to death. Her husband, John Allen, also faces the death penalty over Ame's death. The pair became the first married couple sentenced to death in Arizona.

Now, Sammantha Allen's first appeal to spare her own life has failed.

On July 26, the Arizona Supreme Court upheld Allen's death sentence in a 73-page opinion. The court rejected Allen's arguments that her trial was flawed and unfair due to "misleading" statements by the prosecutor, Jeannette Gallagher, and improper admission of evidence.

Allen had argued, for instance, that the prosecutor had incorrectly urged the jury to ignore mitigation evidence — sympathetic details about Allen's life that might encourage them to give her a life sentence, not the death penalty.

The prosecutor had argued, "The defendant’s family moved a lot. And exactly what does that have to do with padlocking [A.D.] in a box?" and “[H]ow does the fact that she had a miscarriage ... reduce her moral culpability for [A.D.’s] murder? It doesn’t. It has absolutely nothing to do with it."

But the court found that the prosecutor had not crossed a line, given that the jury was still instructed to consider all such evidence.

"A reasonable jury could have found that Sammantha's mitigation — consisting primarily of details regarding her upbringing — was not sufficiently substantial to call for leniency," wrote Supreme Court judge John R. Lopez IV.

"We affirm Sammantha’s convictions and the imposition of the death sentence," Lopez wrote.

The court did reverse one of four child abuse convictions for Allen and ruled that she had been given an aggravated sentence for the charge without the necessary evidence. But that changes little for Allen. She will be resentenced for the single charge — but she already has received a 74-year cumulative sentence for the other crimes, plus the death penalty.


The case was, after all, one of the most shocking local murders in recent memory. The details are gruesome. Allen is 34 years old now. She was 22 when Deal was killed. 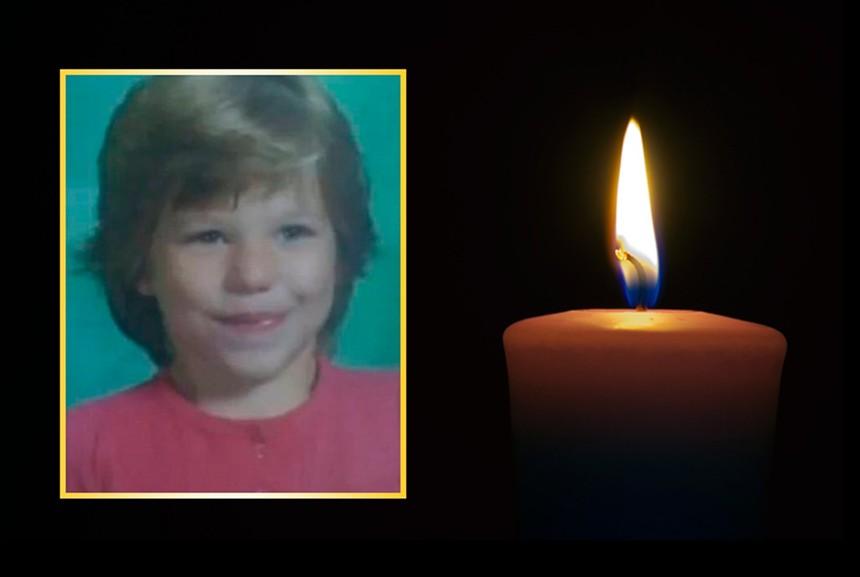 New round of appeals proceedings

In July 2011, Ame was living with more than a dozen people in a rental home on West Romley Road in Phoenix. She was abandoned by her mother, Shirley Deal, to live with her extended family, including her cousin, Sammantha Allen. Family members forced the 10-year-old to eat hot sauce and dog feces and run barefoot on the cement in scorching heat. They beat her with a paddle.

As punishment, Ame's aunt would sometimes trap her in the plastic box, in which she had to curl to fit inside. The box was 31 inches long. Ame was 48 inches tall.

On the night of her death, according to court testimony, John and Sammantha Allen put Ame in the box again — this time for stealing a popsicle. They didn't check on her until the next morning. By that time, she was dead.

When police arrived that morning, the Allens and some of the other children who lived in a home claimed that Ame had died as a result of a hide-and-seek game gone wrong. After John and Sammantha went to bed, they said, another child had locked Ame in the box — a horrific accident.

But a pattern of child abuse at the home soon emerged. A neighbor told police that they had seen Ame trapped in the box before.

Ultimately, John Allen admitted that he and his wife had put Ame in the box as punishment and, to prevent her from escaping, had padlocked it shut. The couple had planned to check on her before they went to sleep. But they didn't. “I just didn’t get up,” Allen told detectives.

The court decision last week is hardly the end of the road for Sammantha Allen.

In Arizona, any death penalty case is appealed automatically to the Arizona Supreme Court. Allen now has gone through this initial step. Next, her case will enter a second round of appeals proceedings in which she can challenge her conviction all the way to the 9th U.S. Circuit Court of Appeals and the U.S. Supreme Court. Only once all appeals are exhausted can the state carry out a death sentence.

Of the 111 people on Arizona's death row, just 22 have exhausted their appeals. All were convicted more than two decades ago and have spent an average of 30 years on death row waiting for a death warrant. In May, the state executed Clarence Dixon, the first person to be executed in Arizona in nearly eight years.

Allen, one of just three women on Arizona's death row, has many legal battles ahead.

For years, the family had moved around, traveling from state to state, at times falling on the radar of local Child Protective Services. Now, they're trapped in Arizona.

In 2020, the Arizona Supreme Court upheld John Allen's murder conviction and death sentence, as it did in Sammantha Allen's case. A decade after the night they put Ame in that box, the husband and wife remain, together, on death row.

Sammantha Allen's attorney, Treasure VanDreumel, did not respond to inquiries from Phoenix New Times about the case.
KEEP PHOENIX NEW TIMES FREE... Since we started Phoenix New Times, it has been defined as the free, independent voice of Phoenix, and we'd like to keep it that way. With local media under siege, it's more important than ever for us to rally support behind funding our local journalism. You can help by participating in our "I Support" program, allowing us to keep offering readers access to our incisive coverage of local news, food and culture with no paywalls.
Make a one-time donation today for as little as $1.