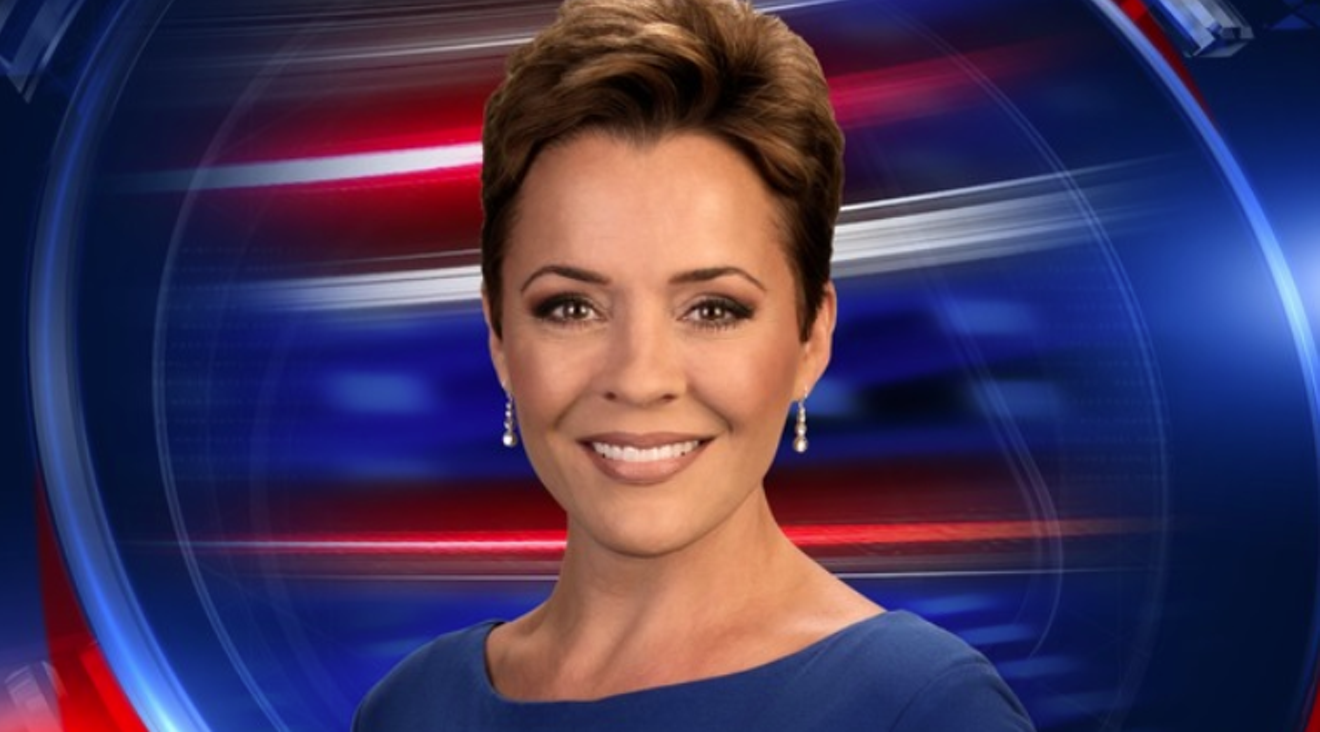 Kari Lake KSAZ-TV
Fox 10's Kari Lake dropped an f-bomb on camera after her bosses asked her to hide her account on a right-wing social media platform, according to a video published by FTV Live.

When a co-host suggested that station managers were thinking about potential bad press from Phoenix New Times, the Emmy Award-winning anchor also took some shots at this paper.

Lake could not be reached for comment. Fox 10 news director Doug Bannard did not respond to a voicemail seeking comment.

On Monday evening, following the publication of this story, Lake was not on air during her usual 5 p.m. slot.

Earlier this month, FTV Live published an article revealing that Lake maintains an account on Parler, an alternative to Twitter favored by Trump supporters and right-wing extremists.

In her Twitter bio, Lake urged her fans to also follow her on Parler. She removed the reference to Parler after FTV Live's story was published, the site reported.

Lake and her co-host, John Hook, were talking about the directive from management before they were set to appear in a Facebook Live video. Apparently, they did not realize that they were broadcasting.

"I think they just think it's been branded as a far-right kind of place," Hook said in what's assumed to be a reference to Parler.

"So they don't want you tied in with anything like that, where you're going to get blowback from the New Times or whoever it is."

"Fuck them," Lake said to Hook, before making her comment on New Times' staff and pot ads. 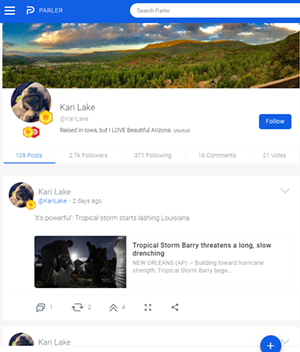 Parler was launched in August 2018 as a "free speech" alternative to Twitter, in which users are permitted to use hateful language that might get someone deactivated on its popular competitor site. Some of its prominent users include Infowars' Paul Joseph Watson, conspiracy theorist Laura Loomer, and celebrity Trump supporter Candace Owens.

Lake's Parler account was still active as of publication of this story.

New Times Editor Stuart Warner thanked Lake for "the plug for our marijuana ads." He also remarked on the anchor's qualifications for a potential staff position at this weekly paper, saying: "Her language shows that she could work for New Times."

Lake's presence on Parler is not the first time she has received attention for her use of social media. In April 2018, Lake was widely mocked for claiming that the #RedForEd movement was "nothing more than a push to legalize pot." Lake made the claim after seeing a parody T-shirt that read: "#GREENforED."

In November, days before the midterm elections, Lake retweeted an unverified claim from someone who said they received a pre-filled ballot.
KEEP PHOENIX NEW TIMES FREE... Since we started Phoenix New Times, it has been defined as the free, independent voice of Phoenix, and we'd like to keep it that way. With local media under siege, it's more important than ever for us to rally support behind funding our local journalism. You can help by participating in our "I Support" program, allowing us to keep offering readers access to our incisive coverage of local news, food and culture with no paywalls.
Make a one-time donation today for as little as $1.
Steven Hsieh was a staff writer for Phoenix New Times from August 2018 to April 2020.
Contact: Steven Hsieh
Follow:
Twitter: @stevenjhsieh