Watch: How to Survive a Nuclear Bomb Blast in Phoenix 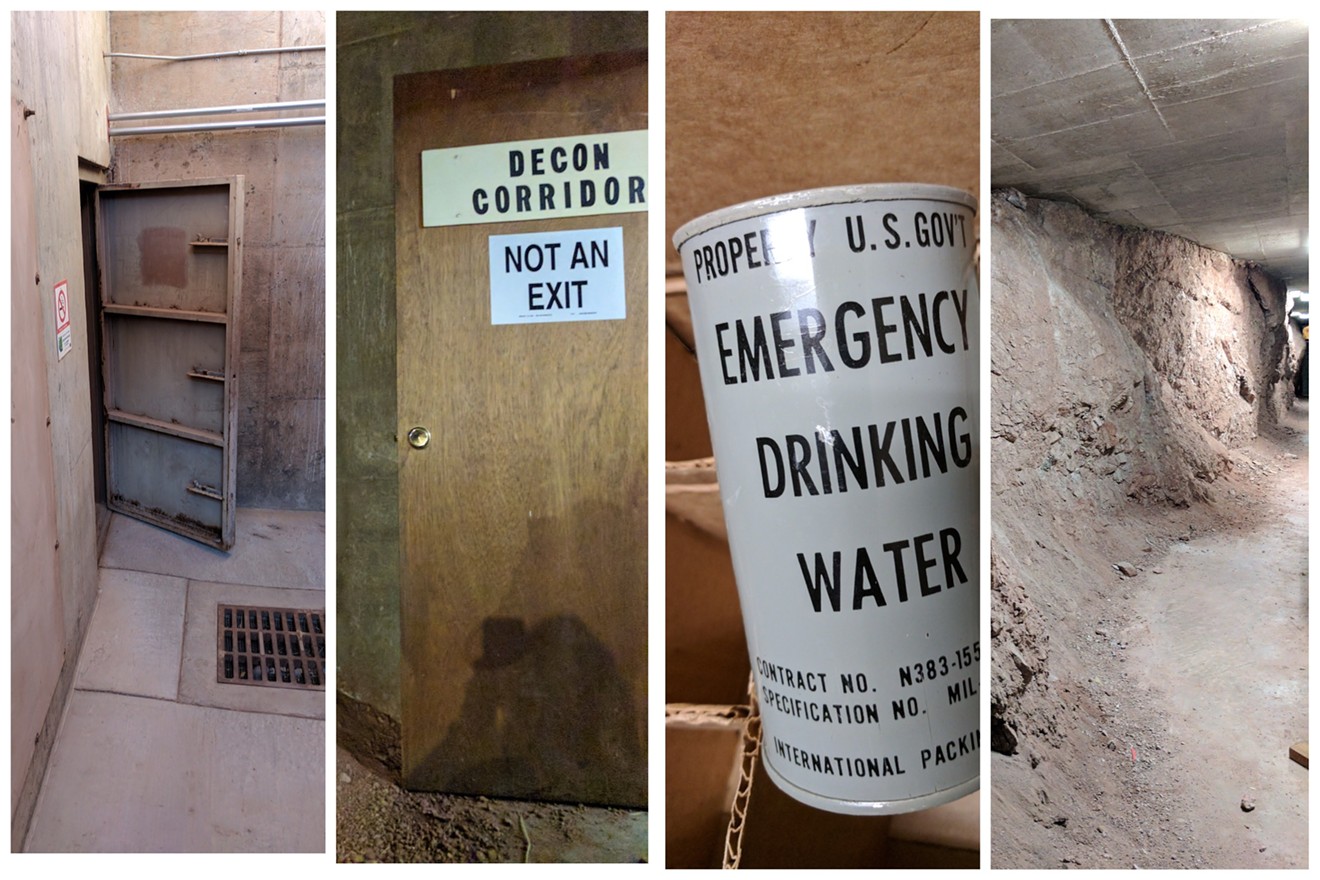 There might be a warning, or there might be none at all.
It’s definitely not time to panic, but tension with North Korea has been ratcheting up over its nuclear missile capability. The war of words between the U.S. and the isolated dictatorship reached a crescendo this week. In response to Trump's threat of "fire and fury" (which was apparently ad-libbed), the North Korean military released a statement that said it was considering a strike near the waters of Guam. Just this morning, Trump tweeted that "military solutions are now fully in place, locked and loaded, should North Korea act unwisely."

Fortunately, it seems Phoenix residents are keeping a level head, all things considered.

“We’ve received a handful of inquiries about fallout shelters from the media and general public, but it has not been a large amount,” Stephanie Miller of Maricopa County Emergency Management told Phoenix New Times in an email.

Miller's office, as it happens, was a fallout shelter during the hair-raising days of the Cold War. The Emergency Operations Center of Maricopa County is cut into the rock near Papago Mountain, adjacent to the Papago Park Military Reservation. The center still has skinny hallways and decontamination areas so that personnel could escape the fallout from an atomic bomb. 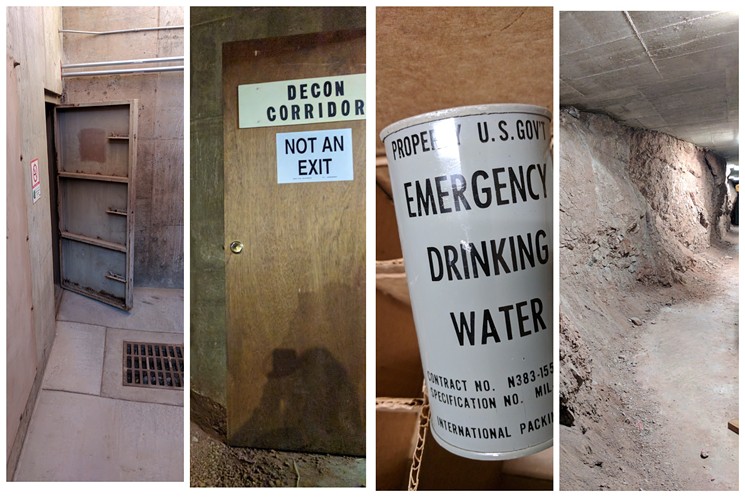 The offices of Maricopa County's Emergency Management division are located in a former fallout shelter on Papago Military Base.
Maricopa County Emergency Management
There were a variety of shelters around the metro Phoenix area during the Cold War years, Miller said, but they have since been deactivated and are obsolete. The ones that remain are probably couched in public buildings. Instead, the department advises citizens to maintain an emergency kit with water or food and a “go bag” with items that are necessary for a quick exit in an emergency.

Longtime Phoenix writer Jon Talton, who grew up here in the 1960s, says that in the event of a nuclear strike, the best residents could do would be to pray.

The aerospace industry in Phoenix made it a target, he says, and Tucson’s ICBM silos certainly would put our neighbor to the south on the list in a horrifying tit-for-tat scenario of massive retaliation. Moreover, Phoenix’s location in the middle of the desert would make large-scale evacuation next to impossible — now more than ever, as the city’s population has swelled since the days of Eisenhower and Kennedy.

(This is to say nothing of the massive Palo Verde nuclear power plant, just 50 miles west of Phoenix, which could conceivably be a target, too, should an adversary decide to pummel nuclear infrastructure with nuclear weaponry. Palo Verde already may have endured cyberattacks earlier this summer, which sought to obtain information or disrupt plant operations.)

"We made plans, of course," Talton writes of his childhood. "In an emergency, my grandmother and I would go downtown and join my mother in the basement of her office in the Heard Building. But in reality, about the best one could do, as the authentic-looking Civil Defense poster hanging in the ambulance station advised, was 'kiss your ass goodbye.'"

There's some comfort in nihilism, I suppose. Still, emergency managers say there are several things you can do to survive a nuclear attack.

If there is a warning or some kind of siren, take shelter as quickly as possible. But if you're caught outside when the bomb drops, don't look at the blast or fireball. You could go blind.

The resulting shockwave will rip through the city, breaking windows, destroying buildings, and casting dangerous debris in every direction. There could also be an electromagnetic pulse from a nuclear explosion, rendering electronic systems and equipment useless, at least temporarily.

If you survive the initial explosion and shockwave, congratulations — the next stage of the hellish disaster is just beginning. It will now hang overhead and in the air: a deadly cloud of radioactive fallout riding on particles. This cloud will move, depending on the direction of the wind, across a city for at least the next 24 hours. As a result, it's very important to take shelter before the radioactive particles can collect on your skin and clothes.

Miller says residents should consider putting as much distance and shielding as possible between them and the fallout particles: walls, concrete, brick, and soil can all block radiation. The denser the material, the better.

In practice, the ideal fallout shelter could be an underground area such as a basement; however, many Phoenix homes don't have a basement. A floor near the middle of a high-rise building could also suffice, since fallout particles could conceivably collect on the top floor. The most important step is to take cover in any building made of concrete or brick, as opposed to lighter, less dense materials.

After you've taken shelter, wait for advice from the authorities on a battery-operated radio or television for when it's safe to leave.

"In time, you will be able to leave the fallout shelter," Miller wrote. "Radioactive fallout poses the greatest threat to people during the first two weeks, by which time it has declined to about 1 percent of its initial radiation level."

Let's hope it never reaches that point, where we're surveying a post-apocalyptic wasteland of what used to be the Valley in order to find out if it's safe to venture out.