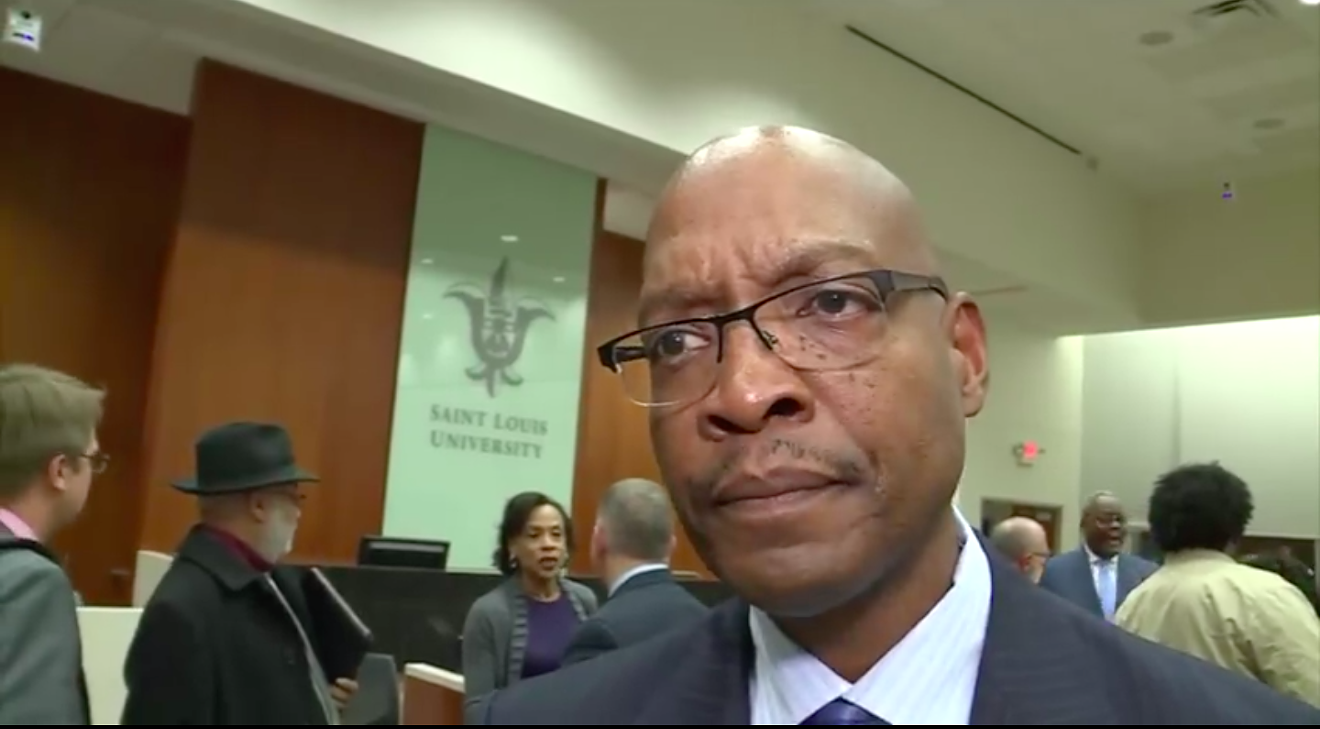 Patrick Melvin via Facebook
First, Patrick Melvin apparently was forced out of his role as Salt River Police Chief in May 2016. Then, two years later, Melvin was forced to resign from his police chief job in Port Arthur, Texas.

Now, the Maricopa County Sheriff's Office has hired Melvin as a "division commander."

"Patrick Melvin was hired by MCSO as of 9/23/2019," said Sergeant Joaquin Enriquez, a spokesperson for the Maricopa County Sheriff's Office. "He was hired as a court information management and release operations administrator."

Either Enriquez is downplaying Melvin's new role or Melvin is upselling his: On his LinkedIn profile, Melvin calls himself a "Division Commander" and says he is responsible for "overseeing control of all custody related court information processes and services for the Office."

Melvin's history in top management roles in a police department is spotty. After retiring from the Phoenix Police Department in 2006 with the rank of police commander, Melvin became the first police chief of the newly incorporated city of Maricopa, where he served until 2011.

He then got hired as police chief of the the Salt River Pima-Maricopa Indian Community's police department, just outside of Scottsdale, where he worked for five years. The tribe put him on administrative leave for unknown reasons in early 2018, and he resigned two weeks later. Unnamed former Salt River cops told the Casa Grande Dispatch that Melvin might have been forced out for constantly eyeing police chief jobs in larger cities. During his tenure at Salt River, Melvin applied to be police chief in Seattle, Memphis, and Phoenix. His leadership style was also mentioned as a reason for the split.

Melvin told the Memphis Commercial Appeal that he resigned from the Salt River job because he was placed on administrative leave "when reservation officials discovered he was a semi-finalist for the top cop job in Phoenix," which he ultimately did not get.

"They looked at it as disloyalty," Melvin told the newspaper in July 2016. "I thought they would have been proud of it."

Melvin also told the paper, "there was no misconduct or anything." However, the Salt River tribe has refused to release any documents or make any statement related to Melvin's departure.

After leaving Salt River, it didn't take Melvin long to find work in Port Arthur, Texas, a town of about 54,000 nearly 90 miles from Houston. If Melvin hadn't resigned, City Manager Harvey Robinson told Texas media outlets that he would have been terminated. Port Arthur officers were critical of the job Melvin had been doing, saying that he had handled Hurricane Harvey poorly; the police union initiated a "no confidence" vote against him in November 2017.

A Port Arthur City Council member said at the time that Melvin's resignation was "in the best interest" of the city, pointing to grievances and lawsuits that had been filed against Melvin since his hiring.

Melvin's LinkedIn page says that after the Port Arthur job, he spent 11 months working for the Maricopa County Superior Court as a legal services manager.
KEEP PHOENIX NEW TIMES FREE... Since we started Phoenix New Times, it has been defined as the free, independent voice of Phoenix, and we'd like to keep it that way. With local media under siege, it's more important than ever for us to rally support behind funding our local journalism. You can help by participating in our "I Support" program, allowing us to keep offering readers access to our incisive coverage of local news, food and culture with no paywalls.
Make a one-time donation today for as little as $1.
Meg O'Connor was a staff writer for Phoenix New Times from April 2019 to April 2020.