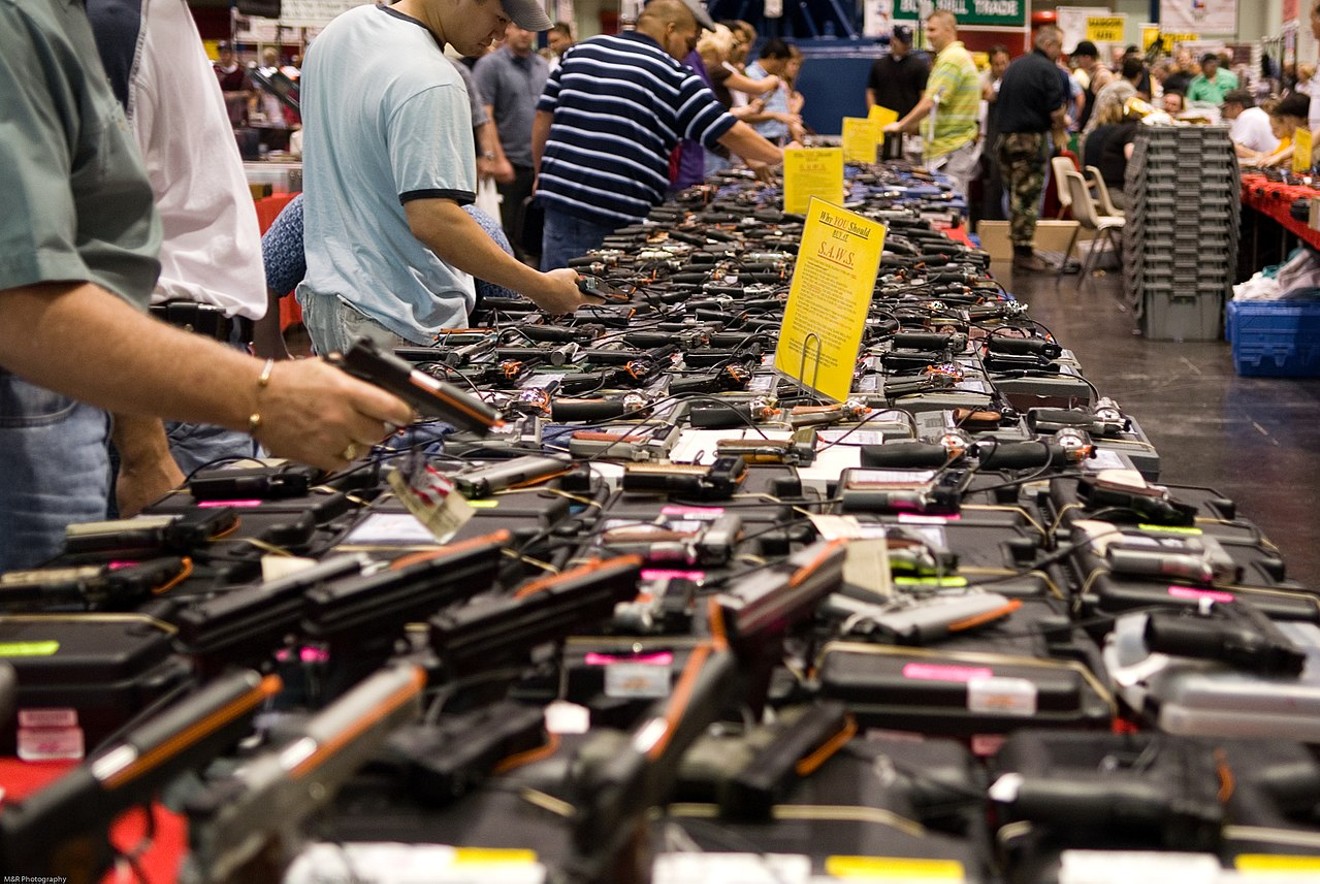 The move follows a recent trend across the southern and western United States for rural municipalities to reaffirm their support for gun rights by calling themselves "sanctuaries," an apparent riffing on other cities' decisions to become sanctuaries for immigrants.

Needles, California, which hugs the western border of Arizona's Mohave County, became a "sanctuary" for gun rights in July.

Mohave County's new resolution doesn't appear to elicit any actual changes in law. If it did, that could be illegal, according to Gerry Hills, the founder of Arizonans for Gun Safety, who pointed out that state pre-emption law blocks cities or counties from making gun policies that are different from state law.

That law, ARS 13-3108, bans local firearms laws that are "inconsistent with or more restrictive than state law."

"Although this is symbolic in nature, this reaffirms the county's commitment, as well as mine, to support and defend the U.S. and Arizona constitutions," Borrelli, who represents Lake Havasu City in Mohave County, said in a statement on Tuesday.

As Mohave County's Republicans revel in their new title, Tucson voters sent in their last ballots on the evening of November 5 to decide whether the city will become Arizona's only sanctuary city for immigrants without documentation. If passed, the measure would bar law enforcement officers from taking certain actions to determine the immigration status of people who haven't been detained or arrested.

"I look forward to filing a brief in the inevitable court case in which we question why the Attorney General and the Republicans in the state legislature seek to discriminate against us for our sanctuary policies but not Mohave County," Feinman said.

"So much of right-wing politics has come down to trolling liberals, so much of it has become not about moral policy or political policy, not even about passing laws that further conservative values, but about doing things that just seem to be designed to troll the other side," he said. "This is a prime example of that."

Hildy Angius, the chair of the Mohave County Board of Supervisors who brought the gun-rights sanctuary county resolution to the board, could not be reached.
KEEP PHOENIX NEW TIMES FREE... Since we started Phoenix New Times, it has been defined as the free, independent voice of Phoenix, and we'd like to keep it that way. With local media under siege, it's more important than ever for us to rally support behind funding our local journalism. You can help by participating in our "I Support" program, allowing us to keep offering readers access to our incisive coverage of local news, food and culture with no paywalls.
Make a one-time donation today for as little as $1.
Ali Swenson was an editorial fellow for Phoenix New Times starting in 2019.