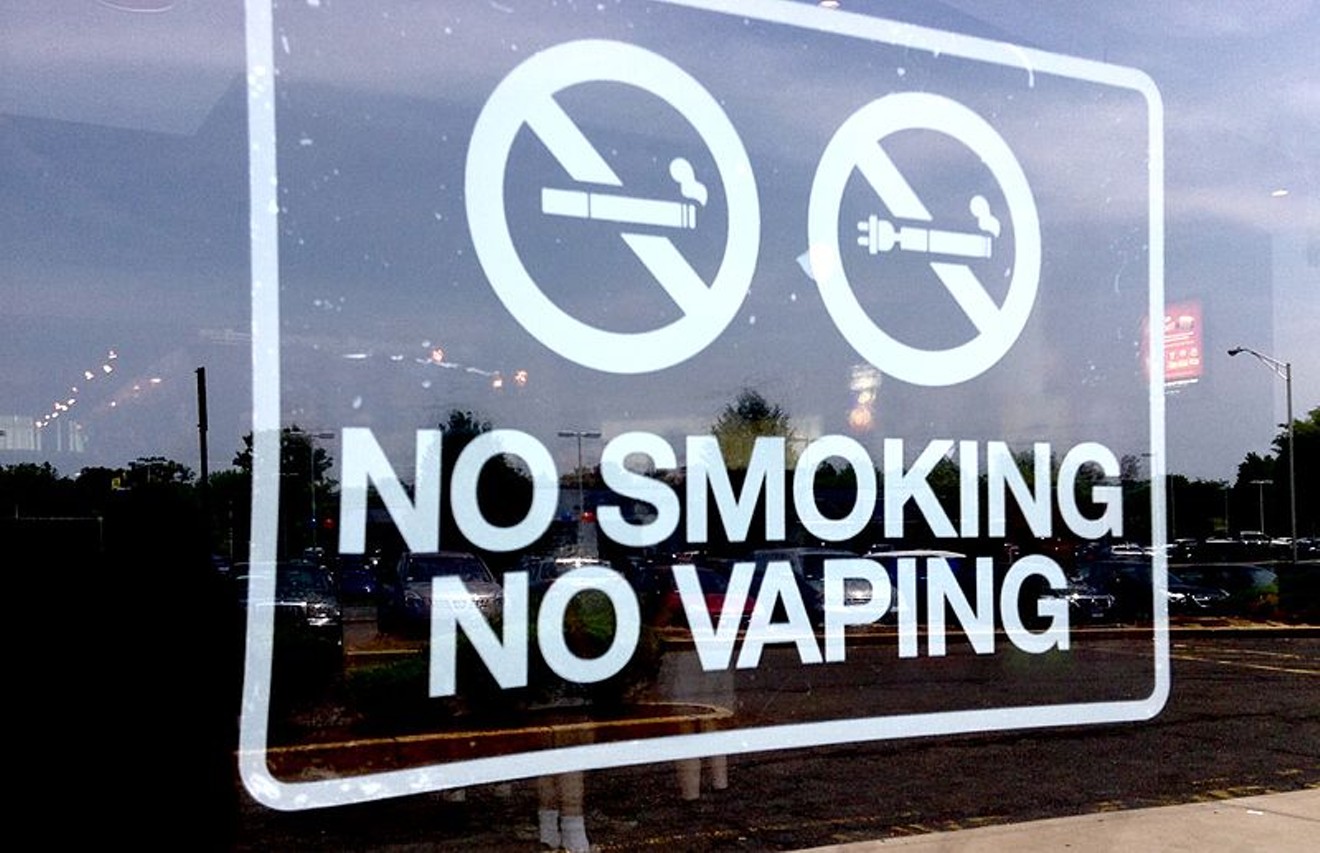 The policy is sparking outrage from anti-tobacco advocates who say it doesn't go far enough to protect America's youth from nicotine addiction. But it has been welcomed warmly by Arizona vape business owners who say they're glad it won't wipe out their entire industry.

The 53-page guidance document issued by the Food and Drug Administration on Thursday signals a retreat from the all-encompassing flavor ban that President Trump and U.S. Department of Health and Human Services Secretary Alex Azar initially announced in September. That would have banned all flavors, including menthol.

Instead, the new policy preserves both menthol-flavored cartridges and flavored e-liquids. It's seen as a compromise with vape and tobacco industry lobbyists who argued that a complete ban would hurt small businesses and cut tens of thousands of jobs.

The federal government's approach, according to a statement on Thursday from Azar, was to target products that teens use most frequently: flavored, cartridge-based, closed-system vape products.


"It is a major missed opportunity that continues to leave children at risk for addiction." - Dr. Sally Goza, president of the American Academy of Pediatrics.

“By prioritizing enforcement against the products that are most widely used by children, our action today seeks to strike the right public health balance by maintaining e-cigarettes as a potential off-ramp for adults using combustible tobacco while ensuring these products don’t provide an on-ramp to nicotine addiction for our youth," Azar said.

The data shows that most teens who vape do currently use such products. Of the more than 5 million middle and high school students nationwide who report being regular vape users, a majority use e-cigarettes instead of open-tank vapes, which tend to be bigger and allow users to mix in their own e-liquids. A majority of middle and high school students using e-cigarettes users choose flavored cartridges, according to the National Youth Tobacco Survey.

But anti-tobacco groups say they're concerned that already-addicted teens will switch to other legal products once the more popular ones disappear from the shelves, especially since menthol is so similar to other flavors, like mint.

"Sometimes, a step in the right direction moves towards the right place, but sometimes a compromise simply undermines what you’re trying to accomplish," said Matthew Myers, president for the Campaign for Tobacco-Free Kids, in a Thursday teleconference in which Phoenix New Times participated.

"It is a major missed opportunity that continues to leave children at risk for addiction," said Dr. Sally Goza, president of the American Academy of Pediatrics.

"Those kids will migrate to what will likely be rebranded as menthol," added Meredith Berkman, co-founder of PAVe, Parents Against Vaping e-cigs.

Steve Johnson, a vape business owner in Arizona and the former executive director of the Arizona Smoke-Free Business Alliance, later told New Times that he agreed that teens would probably switch to menthol and tobacco-flavored cartridges.

That said, Johnson is largely supportive of Trump's plan, arguing it substantially cuts down on the problematic products and preserves his own business in the meantime. Johnson said he doesn't think open-tank e-liquids will appeal to teens, who may not be able to afford or get access to the more expensive, harder-to-use products.

Amanda Wheeler, the current executive director of the Arizona Smoke Free Business Alliance, said the group is "appreciative that the administration has made an effort to consider the devastating consequences a total ban of flavors would have on small business owners, as well as the adults who use flavored vapor products to quit smoking combustible cigarettes.”

Arizona's vape industry generated some $415 million for the state's economy in 2018, according to the Vapor Technology Association.

But concerns about the rise in teen vaping and nicotine addiction have led some municipalities in the state to impose new restrictions on the practice.

In December, the city of Mesa banned vaping in public places. The city of Phoenix is eyeing a potential ban on flavored e-cigarettes, Arizona's Family News (KTVK- and KPHO-TV) reported earlier this week.

Meanwhile, several Arizona school districts and at least one teenager himself are suing e-cigarette maker JUUL for false advertising that appealed to underage users, allegedly contributing to nicotine addiction in students.

Chris Minnick, a spokesperson for Arizona Department of Health Services, said the agency "is reviewing the new federal regulations" as it provides guidance to state residents and doctors about the health risks of vaping.

While vape shops typically have age restrictions, critics say enforcement isn't good enough — almost 15 percent of middle and high school students who reported using vape products in 2018 said they bought them from a vape shop, according to the National Youth Tobacco Survey. Over 8 percent said they bought them from a convenience store or gas station.

The federal government's nationwide 21-and-up tobacco law went into effect on December 20, raising the age to buy any tobacco products or e-cigarettes from 18 to 21.
KEEP PHOENIX NEW TIMES FREE... Since we started Phoenix New Times, it has been defined as the free, independent voice of Phoenix, and we'd like to keep it that way. With local media under siege, it's more important than ever for us to rally support behind funding our local journalism. You can help by participating in our "I Support" program, allowing us to keep offering readers access to our incisive coverage of local news, food and culture with no paywalls.
Make a one-time donation today for as little as $1.
Ali Swenson was an editorial fellow for Phoenix New Times starting in 2019.