Free Ice Cream Samples Are the Scourge of Our Nation, and Someone Must Stop It 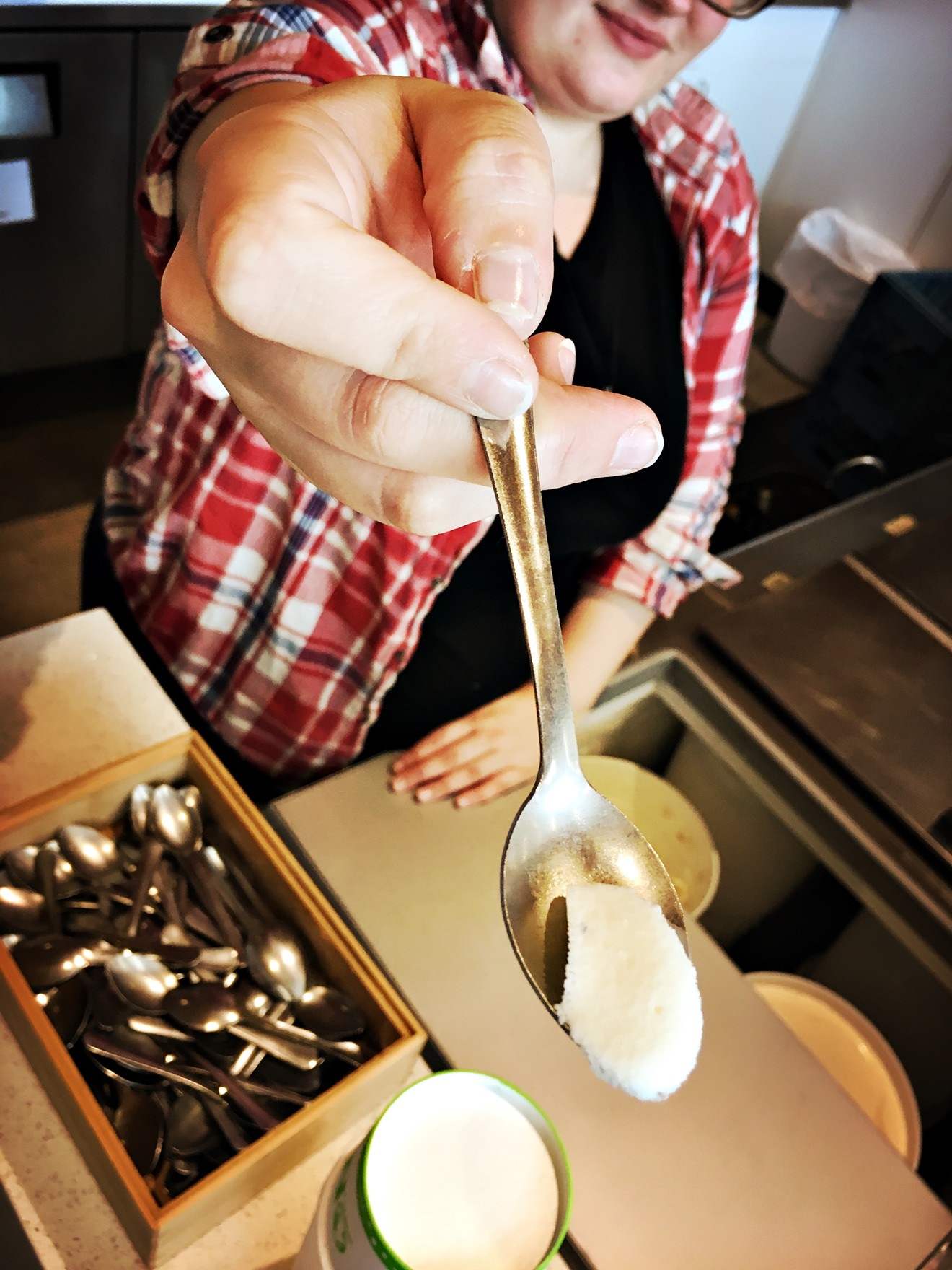 In bad taste. Laurie Notaro
I have thought about running for public office with a platform of only one issue: outlawing tastes.

I’m not afraid to say it. Tasting has gotten completely out of hand, particularly at ice cream joints. It isn’t simply a hindrance anymore, it’s become a plague. A pandemic of dirty little spoons still slick with the DNA of gluttons in their wells. It’s an offer that’s become a habit turned into demand, and someone needs to stop it.

Perhaps you are one of those who enjoys asking for a sample of Brown Butter Sage ice cream simply to say you’ve experienced the delight, only to move on to Hazelnut Pine Sol Sorbet to brag that you’ve been there, then scale the peak of Blueberry Sawdust Swirl because no one else has the balls. Enough is enough. You suck.

Here’s the problem: It’s become so acceptable to ask for tastes that it is sucking up valuable time out of the lives of the people who aren’t selfish. If you really have nothing better to do with your time than spend it eating ice cream that you don’t want, congratulations, you need more friends. I’ve timed tastes. They range from a minute to two minutes on the average, varying in length depending on the self-absorption rate of the Taster. They have to scan the case because they were too busy doing nothing while they were waiting on line instead of doing prep work. Then they make a decision, the server gets the sample, and undoubtedly, UNDOUBTEDLY, the Taster pauses for three to 10 seconds after ingesting the taste to ponder as to what comment they will make about the sample, as if it’s more necessary than a “thank you.”

Then they need to talk about the sample to the server for what could be an indeterminate amount of time. I actually once had a chin hair gestate in a follicle, break the surface, and grow long enough to catch the light while a jerk debated the flavor profile of two grams of Pear and Bleu Cheese ice cream as if he was talking about end-of-life measures.

In other words, the server spends around three hours and thirty minutes servicing INDECISION during every eight-hour shift. That is bullshit.

I’ve done my research. Yesterday, I went to the ice cream shop that has the highest repeat offender Taster rate in town and asked questions. Apparently, men ask for the fewest samples, and when they do, they know what they want. Women, on the other hand, will typically ask for more than one sample before they make up their mind and often don’t know which sample they want first. The server I spoke to, an affable, happy young woman, said she gave out approximately 100 samples in a day. IN A DAY. Many people ask for upward of four tastes. In other words, the server spends around three hours and 30 minutes servicing INDECISION during every eight-hour shift.

That is bullshit. That’s also a cumulative chunk of time people behind the Tasters are waiting in line when they shouldn’t be. These are people on their lunch hours, who have scoliosis, have itchy mosquito bites and have just enough time to grab a scoop of sugar-free sweet cream ice cream and shove it into their purse before their movie starts. But instead, a woman with enough children to start her own preschool gets to the door before you do, and then encourages them all to ask for tastes as she preps them to grow into the big piggies they will undoubtedly become.

And someone has to see her movie without a scoop of sugar-free sweet cream ice cream because seven preschoolers don’t know what strawberry tastes like.

Why are we tolerating this? Why are we letting little children prevent us from sneaking ice cream into a movie? Is there any other place we’d allow this? Do I request a slice from a pizza place before I order a pie? Do I ask my doctor for a sample of Klonopin before I make an appointment? Sure, you can get free tastes at a winery, but that’s only to sauce you up so you spend far more money than you had planned; there’s a return on that investment.

But instead, in today’s world, we get tastes. For free. We teach our children to ask for free treats like they were Dickensian characters, and we waste everyone else’s time. But let it be known, guy expounding on the notes of Blueberry Sawdust Swirl, that I know your face. I have memorized all of the faces. And the day you get in behind me in line at the ATM, and it will happen, will be the most glorious day of all.