These Are the 5 Best S'Mores in Metro Phoenix

Gourmet s’mores at the Toasted Mallow
Toasted Marshmallow
The taste of freshly roasted s’mores is the taste of autumn at its finest. A simple recipe of graham crackers and chocolate sandwiching a marshmallow, s’mores are as good as it gets. Although you can easily make this classic over an open fire (or even in your microwave), there are several Phoenix hotspots that have created their own rendition worth tasting. Here are some of our favorites.

The S’mores Cookie at Proof.
Proof
Crescent Moon Drive, Scottsdale
Proof, an American canteen located at The Four Seasons resort, has its very own bakeshop. Among its cakes, pies, ice cream, milkshakes, and candy, guests can also find traditional and specialty cookies. Their s’mores cookie is a fresh twist on the chocolate chip cookie, but sprinkled with graham cracker crumbs and melted marshmallows, and served warm. Because of its popularity, patrons at Proof can order it all year round.


Campfire S’mores Sundae at Sweet Republic
9160 East Shea Boulevard, Scottsdale
6054 North 16th Street
The campfire s’mores sundae is nothing short of spectacular, except if you could be eating it while watching a fireworks display. Sweet Republic is known for their large variety of intriguing flavors that appeal to all palate profiles. The sundae is prepared in a waffle cone bowl, with Belgian chocolate ice cream covered in whipped cream, drizzled in hot fudge, and topped with a roasted marshmallows. With the shop's late-night hours and delivery option, this sundae could be the perfect nightcap.


S’mores and Stargazing at Mowry & Cotton located in The Phoenician
6000 East Camelback Road, Scottsdale
Think of charred chicken wings or a juicy burger and crispy potatoes followed by a sweet treat under the stars at The Phoenician. Escorted to an open fire, and provided with graham crackers, Hershey’s chocolate and marshmallows, guests have all the necessities to prepare either a lightly browned or perfectly charcoaled marshmallow and create their own s’more. Enjoy every morsel with complimentary telescopes and a guided tour of the galaxy by a local astronomer.
KEEP PHOENIX NEW TIMES FREE... Since we started Phoenix New Times, it has been defined as the free, independent voice of Phoenix, and we'd like to keep it that way. With local media under siege, it's more important than ever for us to rally support behind funding our local journalism. You can help by participating in our "I Support" program, allowing us to keep offering readers access to our incisive coverage of local news, food and culture with no paywalls.
Make a one-time donation today for as little as $1. 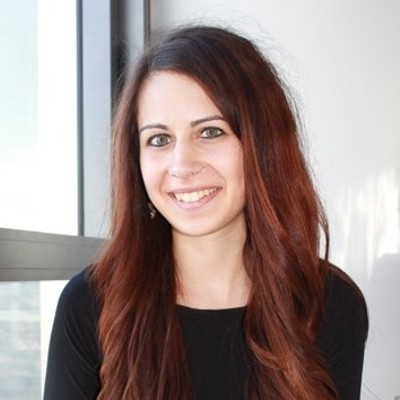 Olivia Lee is a board-certified psychiatric nurse practitioner with a bachelor of science in nursing, a bachelor of arts in English, and a doctor of nursing practice degrees — all from Fairfield University. Olivia enjoys sharing her love for food and living a balanced lifestyle with a broader audience through past contributions to WAG Magazine and the Career Girl Daily blog. She is currently attending Northwestern University for a master of science in journalism with a focus on food writing.